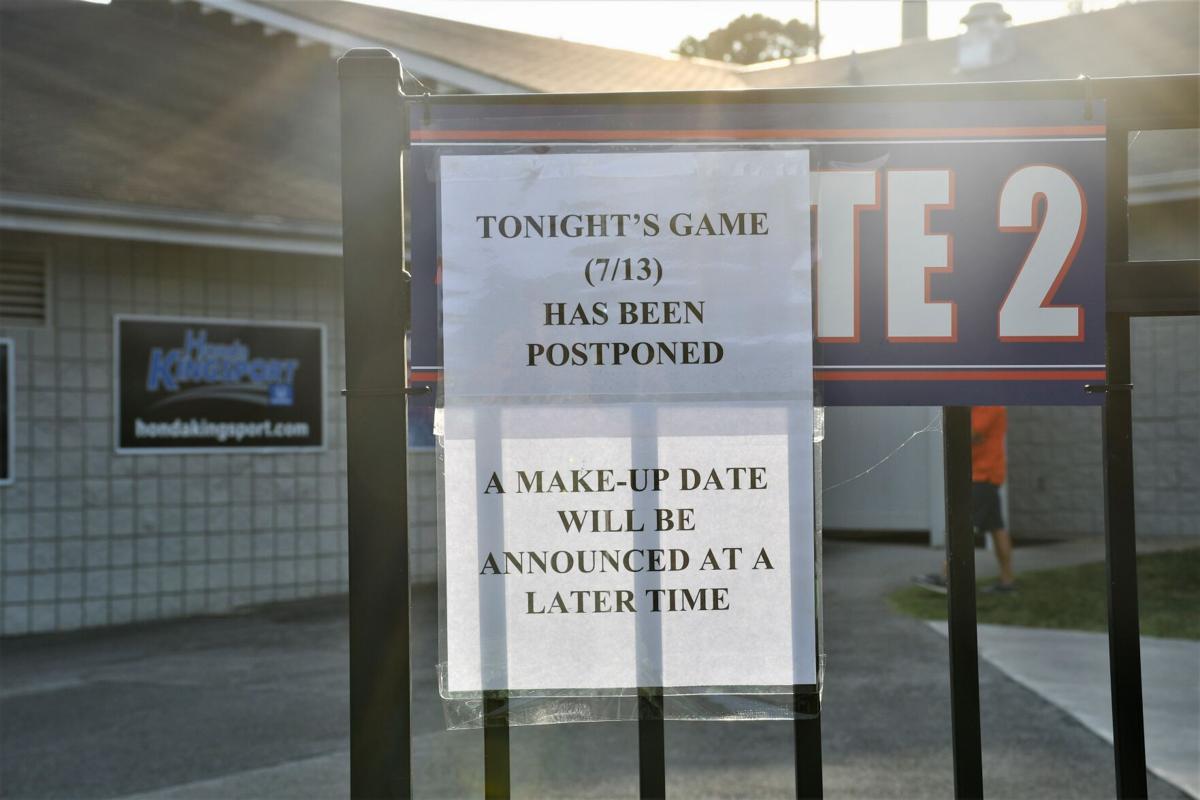 A sign posted Tuesday evening at the entrance to Kingsport's Hunter Wright Stadium, which was scheduled to have hosted a game between the Appalachian League's Kingsport Axmen and the Greeneville FlyBoys. 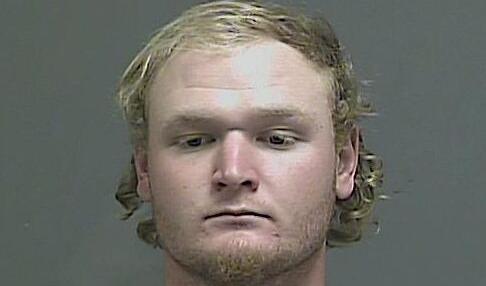 Taylor, a pitcher, played college baseball in 2021 for Kansas, where he appeared in four games as a relief pitcher. He graduated from Dobyns-Bennett High School in 2018.

Prior to Taylor’s arrest being confirmed by police, Axmen officials had said only that a member had been removed from the Appalachian League team for “conduct of concern and violations of team rules.”

“A player has been removed from the team for conduct of concern and violations of team rules. As we continue to evaluate the facts of the matter, we have postponed the game and will keep our fans informed.”

• On July 12 at approximately 12:30 p.m., Kingsport Police Patrol Officers were called to Hunter Wright Stadium, 800 Granby Road, to stand by while team management dismissed a Kingsport Axmen baseball player, Matthew T. Taylor, from the team and banned him from the premises.

• Taylor was allowed to collect his personal belongings and then left the facility without incident.

• About an hour and a half later, police were called back to the stadium in reference to threats made by Taylor.

• Investigation by KPD officers and detectives revealed that Mr. Taylor had sent messages, via a social media application, in which he had threatened to kill multiple people at the Kingsport Axmen game scheduled for Monday evening.

• Monday afternoon, Taylor was arrested at his residence in Sullivan County, taken to the Kingsport Justice Center, and charged with false reporting (Class C Felony) and harassment. Taylor was processed and confined in the Kingsport City Jail, and released on $25,000 bond.

• This remains an active investigation by the KPD Criminal Investigations Division; therefore, no additional information can or will be released at this time. Any inquiries regarding the Kingsport Axmen baseball team should be directed to that organization.

The team had announced the postponement of Tuesday’s scheduled game at Hunter Wright Stadium on its social media channels, saying it was “due to a player personnel issue.”

Commenters on the public site questioned the situation, saying they were told by security at the gate that the game was canceled due to “a credible threat.”

Kingsport police officers were at the stadium entrance Tuesday at what would have been game time, when Times News reporters were on the scene.

This is a developing story. Please check timesnews.net for updates.

KINGSPORT — The Kingsport Axmen will not finish the Appalachian League season.

A former Kingsport Axmen player arrested on Monday said in a message to a team member, “I’ll kill everyone single one of y’all,” according to a document from Sullivan County General Sessions Court.