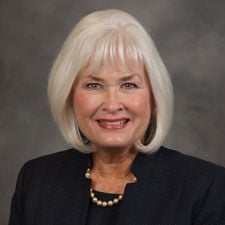 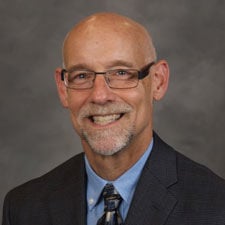 BLOUNTVILLE — The Koran versus the Bible: Second verse, same as the first?

The Sullivan County Board of Education Tuesday is to vote on social studies textbook adoption, normally a housekeeping matter, but it is to be opposed by board member Jane Thomas because of how the recommended seventh-grade textbook handles religions, specifically Islam and Christianity. However, some other board members have a markedly different view.

The matter recalls her opposition to how Islam was treated in social studies textbooks in 2016, before standards changed after controversy about them across Tennessee. A Bluff City Middle School parent complained late that year about an earlier version of the Pearson seventh grade social studies book in question, calling for its removal. However, the board did not remove the book, which reflected social studies standards amended starting in the 2019-20 school year.

WHAT ARE THOMAS’ CONCERNS?

Thomas said that she opposes the seventh grade “World” social studies textbook adoption, although Robin McClellan, supervisor of curriculum and instruction, said all books approved by Tennessee for seventh grade social studies adoption meet the new standards set by the Tennessee Board of Education and that teachers in the county overwhelmingly recommended the book over another finalist.

Thomas, however, said the text is full of “incorrect statements” also present in the current Pearson “My World” textbook version and will confuse 12-year-old students by confusing Allah with God, giving the “same disparaging of Christianity” as the former textbook did before standards were changed. She also said it amounted to “brainwashing” and presented Christianity mostly as the Roman Catholic Church.

“We (Christians and Muslims) do not worship the same god. Allah is not God,” Thomas said. “It presents Allah as the same god as Almighty God.” She said the Islamic holy book, the Koran, should not be presented on the same level as the Holy Bible, the Christian word of God with a New Testament including words of Jesus Christ. She also decried the inclusion of the Five Pillars of Islam in the text.

WHAT DO OTHERS ON THE BOARD THINK?

On the other hand, member Randy Gilmore, a retired county educator and leader of teacher education at Presbyterian-affiliated King University, serves as the BOE liaison on the system’s Textbook Committee and said the recommended text has five sections on Christianity and only one each on other major religions and does not proselytize. Also, he and other board members pointed out the Protestant faith grew out of the Catholic Church in the 1500s; before then, the Christian church was one.

Among the Christian focus in the textbook is the Sermon on the Mount, given by Jesus.

“We can’t promote any one religion over another,” board member Matthew Spivey said, saying schools must be careful not to present “ignorance over facts.” He was outspoken in questioning Thomas’ concerns two and a half years ago, and he said the issue has changed little in his mind.

“This is not the value system of our community,” Thomas responded.

Board of Education Chairman Michael Hughes pointed out that home schools and Christian schools include the same basic comparative religions curriculum, meant to show the cultural impact and contributions of a wide range of belief systems. He said his daughter had those same lessons when she attended Sullivan County and Bristol schools and the private Christian New Providence School in Johnson City.

“It’s the job of the parents to teacher those differences” in religious beliefs, Spivey said. “It’s the job of the schools to teach the history and culture.” He cited a letter from some local members of the clergy more than two years ago that disagreed with Thomas’ stance, but she said that was not all clergy and not the issue at hand.

WHEN AND WHERE IS THE MEETING?

The board will meet at 6:30 p.m. in the first-floor meeting room of the health and education building, off the Blountville Bypass near downtown. Other members are Vice Chairman Randall Jones, Mark Ireson and Paul Robinson.