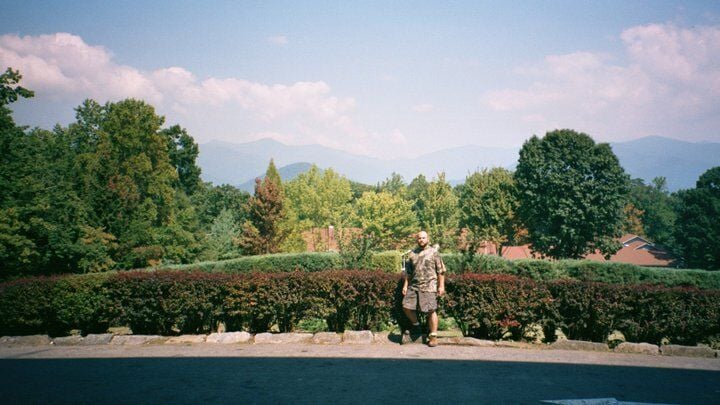 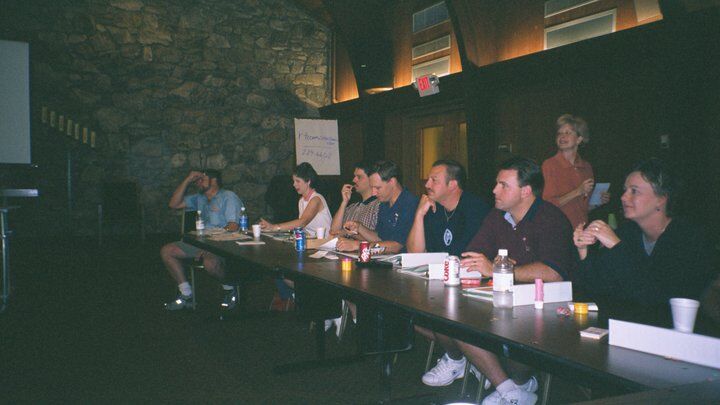 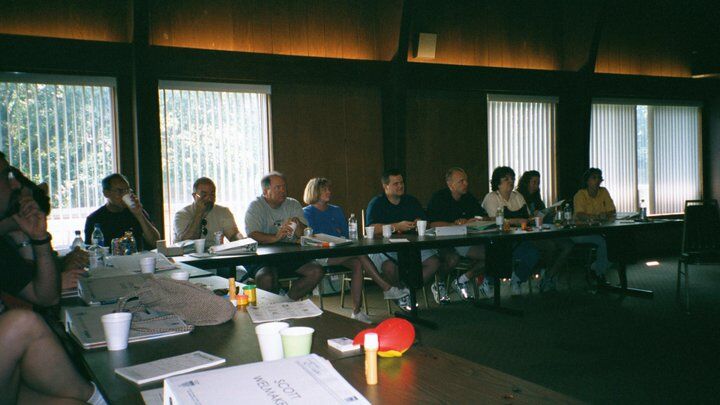 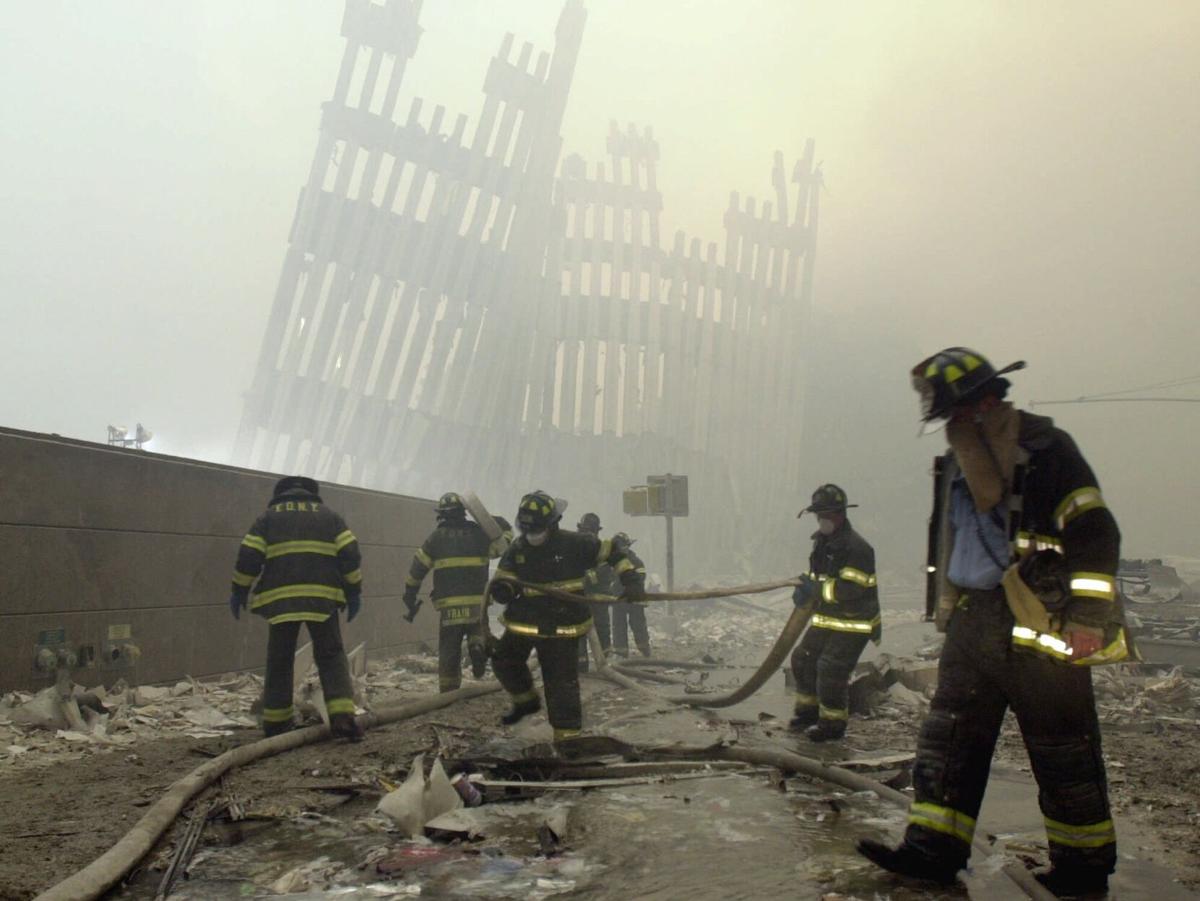 With the skeleton of the World Trade Center Twin Towers in the background, New York City firefighters work amid debris on Cortlandt St. after the terrorist attacks of Sept. 11, 2001. 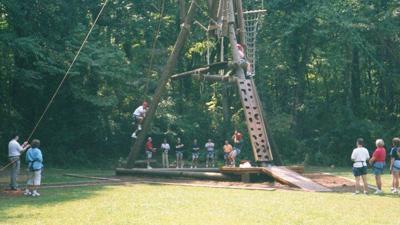 With the skeleton of the World Trade Center Twin Towers in the background, New York City firefighters work amid debris on Cortlandt St. after the terrorist attacks of Sept. 11, 2001.

My memories of 9/11 are both sharp and fuzzy, I realized as I compared notes about that day with my friend Dave Light last week. Dave helped me come up with somewhat of an explanation.

The sharp memories are the events that were deepest felt. They account for less of my time for the 96 hours or so that began at 8 a.m., Tuesday, Sept. 11, 2001. The fuzziness is the minutes or hours in between those events, when surreality engulfed me.

Dave, who was Kingsport’s community relations director at the time, said his day began with a church meeting, which was quickly concluded with a prayer circle once the news of the World Trace Center attacks broke. Dave rushed from church to his job duties for the city.

He remembers people everywhere being “just dumbstruck and fearful.”

“The day had a surreal feeling about it and I can remember an attitude of ‘what the heck is going on?’ migrating to a ‘let’s get the bastards that did this’ attitude among folks.”

I count myself fortunate due to where I was and what occupied me those four days, Tuesday through Friday. I was in a relatively calming bubble.

It was another beautiful day in Kingsport as Sept. 11 dawned and I was at MeadowView by 8 a.m. to cover a Kingsport Board of Mayor and Aldermen “retreat.” Breakfast items and coffee were available as the event began, with not only the BMA but many city department heads and employees gathered in a ballroom.

Around an hour later, the stream of people leaving the ballroom grew and grew ... and few were coming back from the vestibule outside the ballroom doors. There were televisions at MeadowView, of course. And break-takers had begun to see live coverage of the World Trade Center, one tower on fire. By the time the second plane hit the other tower, I was among those watching, and in an instant it cleared up any question of the first crash being an accident.

America was under attack by terrorists.

The chronology of what was known at which point after that is fuzzy to me now, and my next sharp memory is calling my father as I stared out a window across the tranquility of the Cattails golf course.

Dad answered on the first ring and I asked if he and Mom had heard what was happening. They had.

“Y’all need to gather your meds, some clothes, go get Dixie (my dog), and head to the farm,” I said, explaining I feared a chemical plant and/or munitions plant could make Kingsport an obvious target if this was some wide-scale all-out attack on the nation.

Dad was having none of that, saying he and Mom would stand their ground in their home and trust God and our military to take care of whatever was unfolding.

I asked Mom about her memory of that day, and she said Dad had gone to a very early physical therapy session down at “the old Publix downtown.” That building was once a part of what was known as Kingsport’s “Supermarket Row.”

“I’d had the television on, but had turned off before anything happened because he told me when he got back from therapy,” Mom said. “We watched it the rest of the day. And I started worrying about you going out of town the next day. I was sure they would cancel your trip.”

The trip was the annual, mandatory retreat for each year’s class of Leadership Kingsport. I was a member of the Class of 2002. Sept. 12 was our first official event: a three-day, two-night phones-off retreat at the YMCA Blue Ridge Assembly conference center in Black Mountain, N.C. Mom was not alone in thinking the trip likely would be postponed. I and others assumed as much. We were wrong.

After spending much of the rest of 9/11 in the Times News newsroom, I went home to pack for the trip. I remember carpooling over. My supposed-to-be roommate on the trip was then-Kingsport Public Works Director Dave Ruller. I ended up having a room to myself.

My next sharp memory, and perhaps my favorite regarding 9/11, is an impromptu candlelight vigil and moment of silence our group held at dusk, sitting in a circle on a tennis court.

We all did keep up with news reports and updates during our meals or short breaks. Otherwise we were kept busy completing obstacle courses and team-building exercises. I did not complete the portion which required navigating your way along and across rope bridges high in the air, tree to tree. That challenge and the Blue Ridge Assembly’s main building are featured in the 2000 film “28 Days” starring Sandra Bullock.

The second night of the retreat we were treated to a wonderful, comforting meal served family style at the Red Rocker Inn.

Friday afternoon we returned home and I was glued to the TV the rest of the weekend.

The most important thing we need to remember today are the people who lost their lives on or because of Sept. 11, 2001 and the war on terrorism that followed.

It's canning and preserving time, but we won't be using the springhouse

While I was helping her make corn relish (not pickled corn) last weekend Mom told me multiple childhood memories the work and final product brought to her mind.