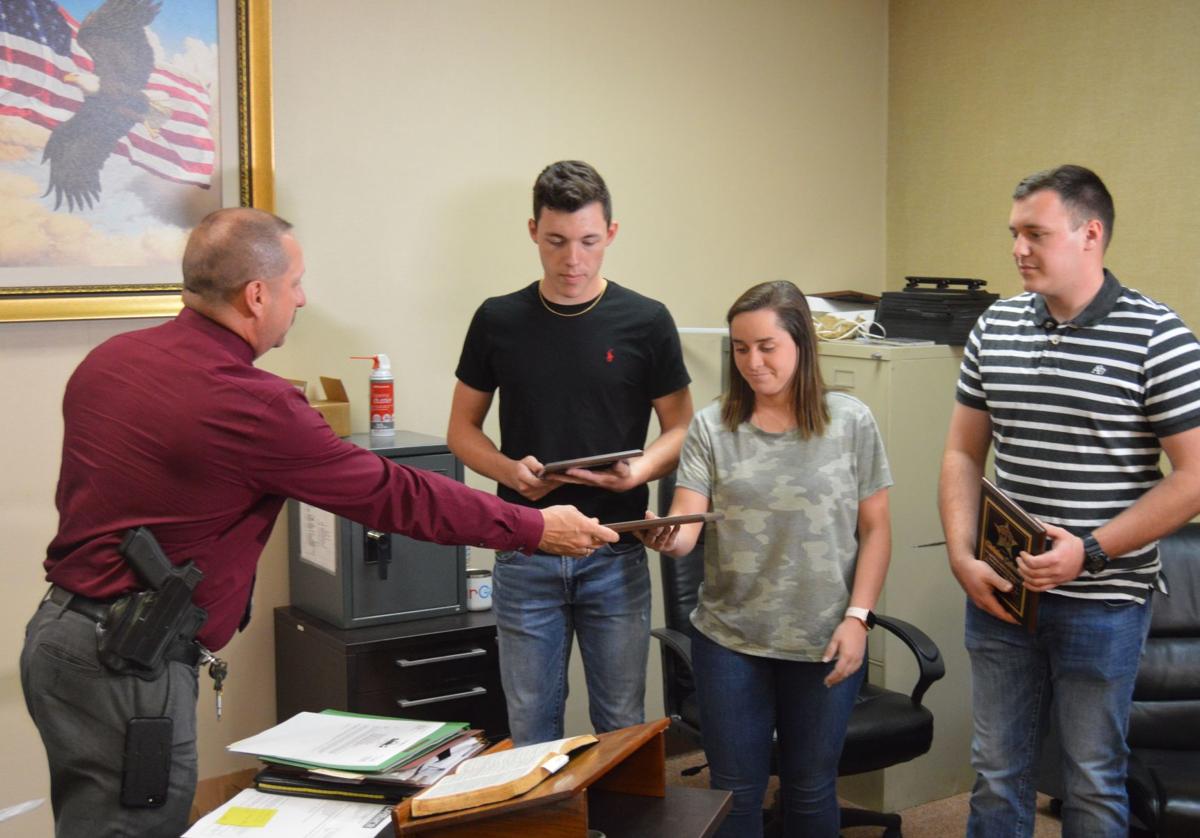 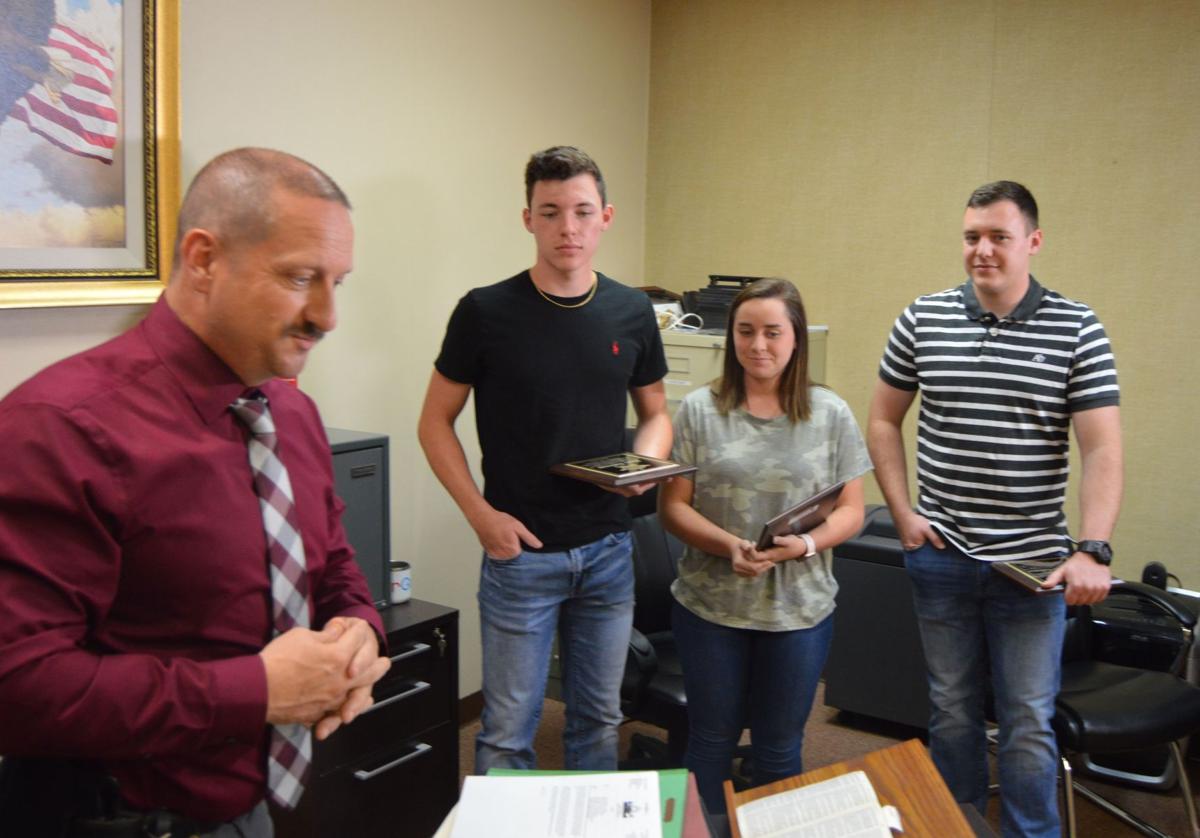 GATE CITY — Three young cousins are being lauded as heroes by the Scott County Sheriff’s Office two weeks after they found an unknown man who had intentionally shot himself, then took action to save his life.

“You had a man with a gunshot wound, a gun, knives — and for a little bit, you didn’t think about yourselves,” Sheriff Chris Holder told the trio on Friday afternoon. “If every human being was like you all, we wouldn’t have a job. All you thought about was helping him.”

On March 23, Christian Calhoun, 21, was riding a motorcycle on his family’s land along Manville Road. His brother Zachary, 18, and their cousin Rachel Peters, 22, were elsewhere on the property.

“I was just riding down through the field and I saw his arm waving around,” recalled Christian. “I didn’t know what it was and I pulled up closer, and he’s laying in the ditch with blood all over his neck.”

Christian then rode to find Rachel and his brother. Zachary grabbed toilet paper and the two young men headed back to the scene of the attempted suicide. Rachel initially stayed behind to dial 911, then joined her cousins as they gave emergency treatment to the man.

The toilet paper that had been used to apply pressure to the gunshot wound was replaced by a flannel shirt from Rachel. The three say it was about 10 minutes before authorities arrived, but they all stayed calm through the ordeal.

The brothers have no training in lifesaving techniques, but Rachel has some training through her job with Frontier Health.

On Friday, Holder presented the three with plaques and thanked them for their courage and compassion. He added that the suicidal man — a husband and father — is continuing to recover, while his family is extremely grateful for the trio’s life-saving actions.

“It just wasn’t his time to go,” remarked Holder. “Sometimes there’s angels around and people don’t realize they’re angels. I’m sure he was headed for the great beyond, but the good Lord sent somebody.”