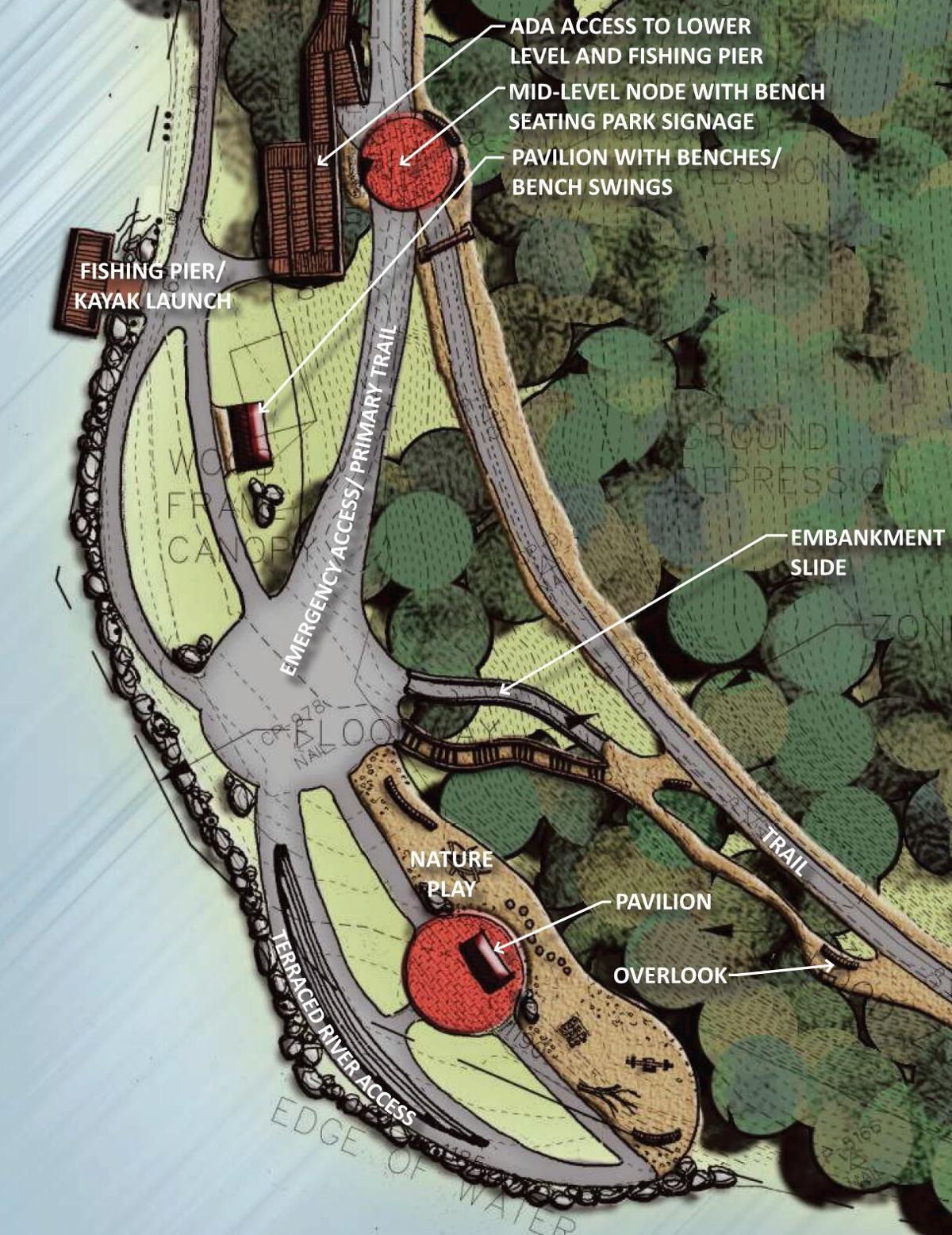 A conceptual drawing of Riverbend Park shows the fishing pier and a portion of the walking trail that are planned for Phase One of the project. 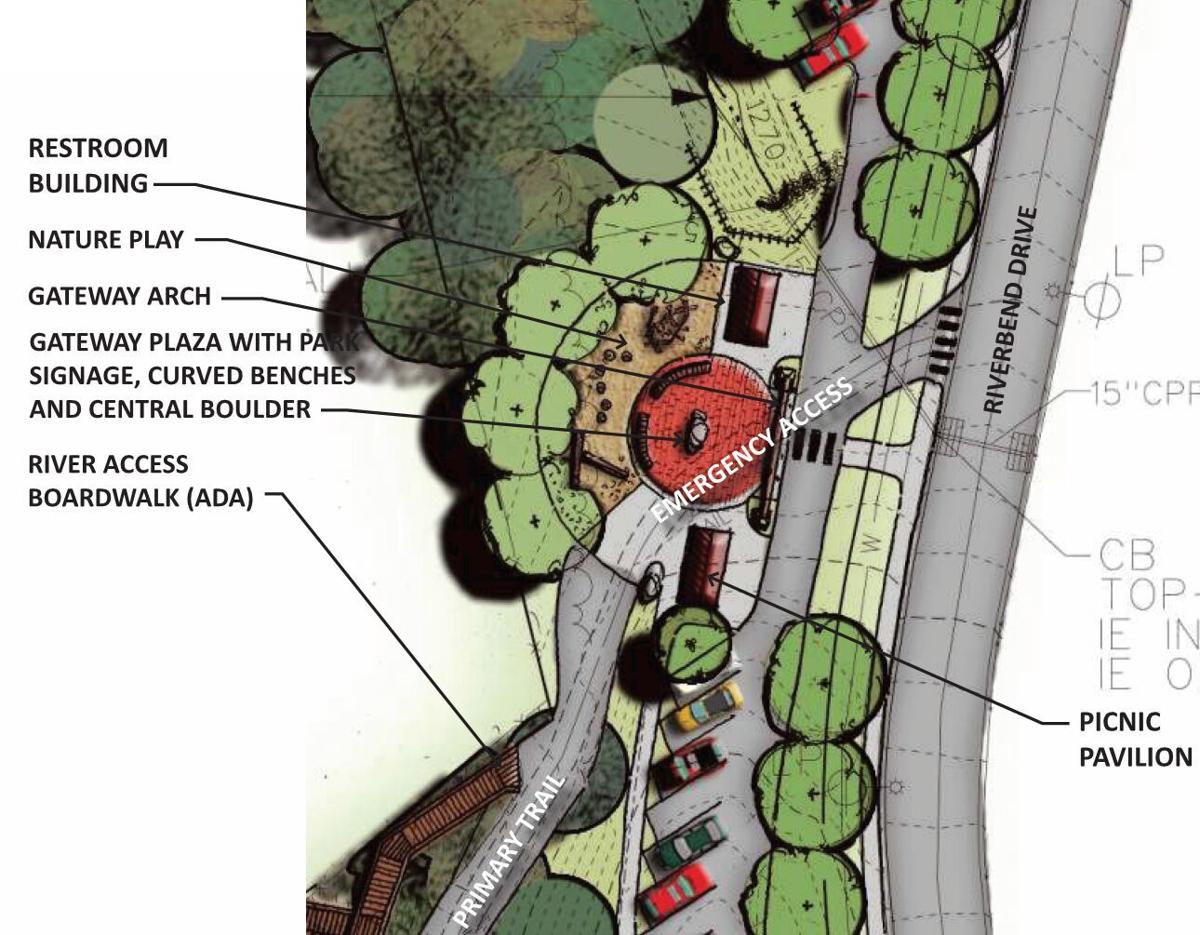 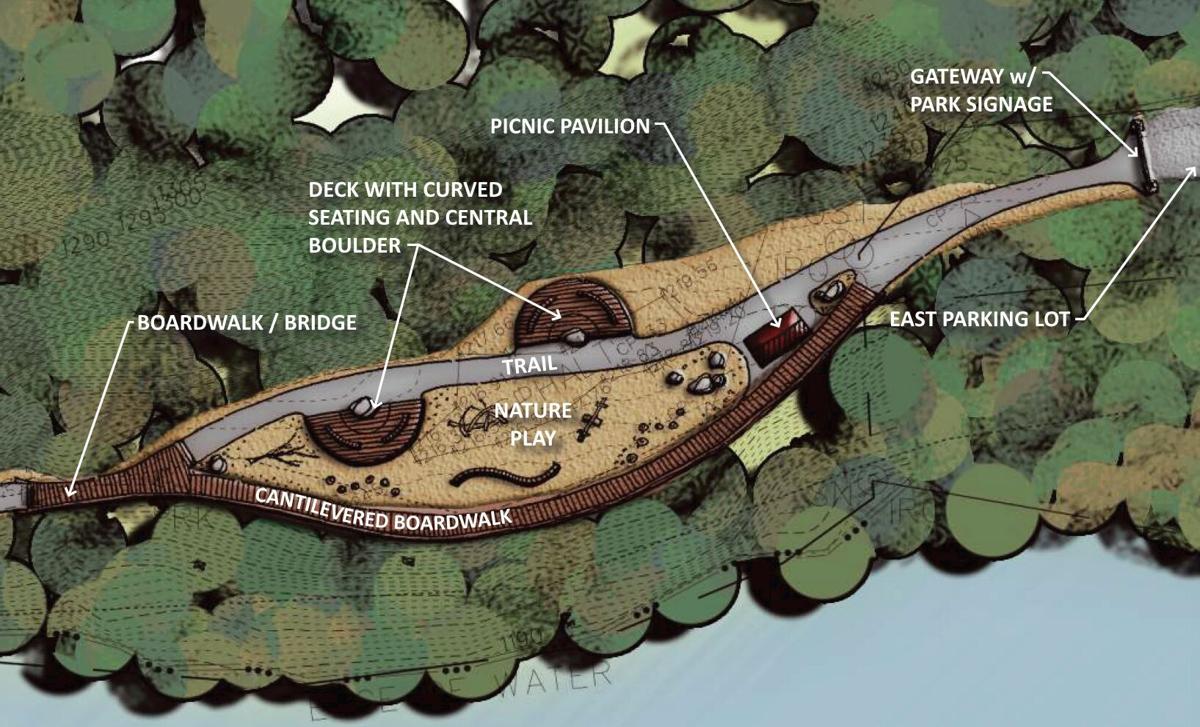 A conceptual drawing of Riverbend Park shows a future phase of the project - a nature play area for children.

A conceptual drawing of Riverbend Park shows the fishing pier and a portion of the walking trail that are planned for Phase One of the project.

A conceptual drawing of Riverbend Park shows a future phase of the project - a nature play area for children.

KINGSPORT — The Model City is expanding its recreational reach to the banks of the Holston River later this year with the creation of a 24-acre park.

Riverbend Park will be built behind the Walmart Supercenter on Fort Henry Drive, stretching from Riverbend Drive to Wesley Road, according to conceptual drawings provided by the city.

Riverbend Park is a project that’s been in the works for more than six years, dating back to 2015 when First Southeast Development, an Alabama company that built Riverbend Villas apartments, donated 24 acres to the city. In return, Kingsport built a road to the property and installed a traffic signal at the intersection with Fort Henry.

Kitty Frazier, the manager of the city’s Parks and Recreation Department, recently gave an update on the project to the Board of Mayor and Aldermen, telling city leaders she hopes to go out to bid on the first phase of the park in August.

That phase will include a half-mile walking trail along the river, a fishing pier, parking spaces near Wesley Road, and emergency access to the site. Construction could begin between October and December and take about 120 days to complete, according to information provided to the BMA.

“If we can go out to bid by late summer or early fall, we hope folks can be able to use the park by next summer,” Frazier said.

Kingsport has designed Riverbend Park to be a multi-phase project, one that can be developed over a 5- to 10-year period. Conceptual drawings show the park having roughly 2,646 feet of riverbank access with gateway entrances at both ends of the trail. The drawings also show the park with various play areas, pavilions, restrooms, benches, scenic spots and interpretive signs spaced at various locations along the river.

“What makes it exciting are the components: the fishing pier, boardwalks, nature play spaces. It will be different from anything else we currently have,” Frazier said. “Riverfront Park has been so popular and one of the premier areas to go for recreation for many decades. This (park) provides another park with that same special, recreational experience.”