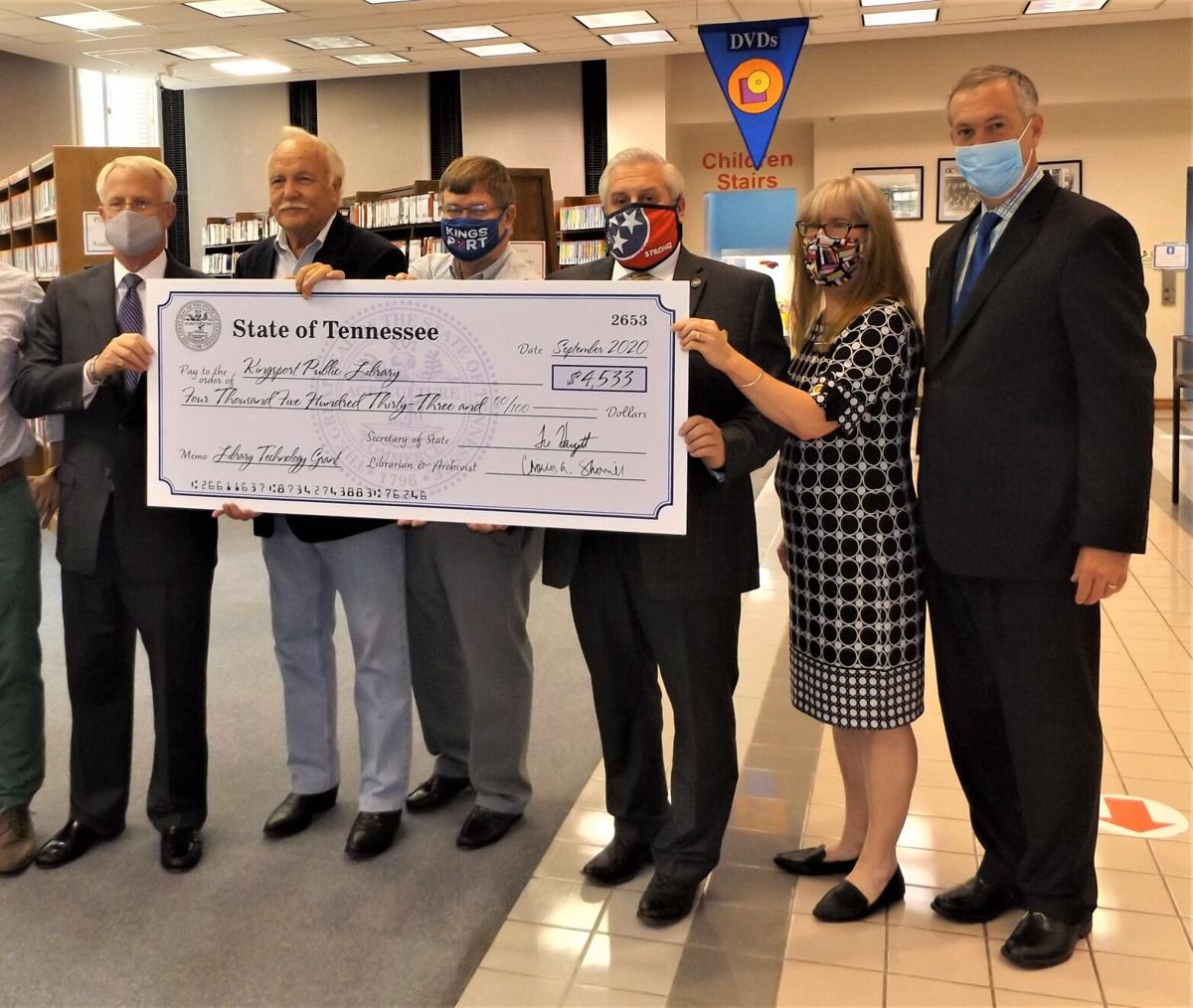 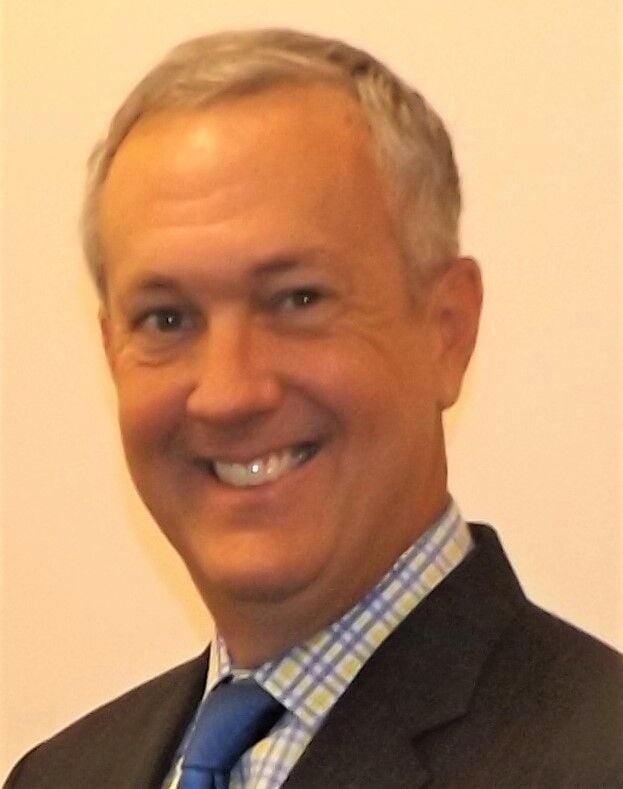 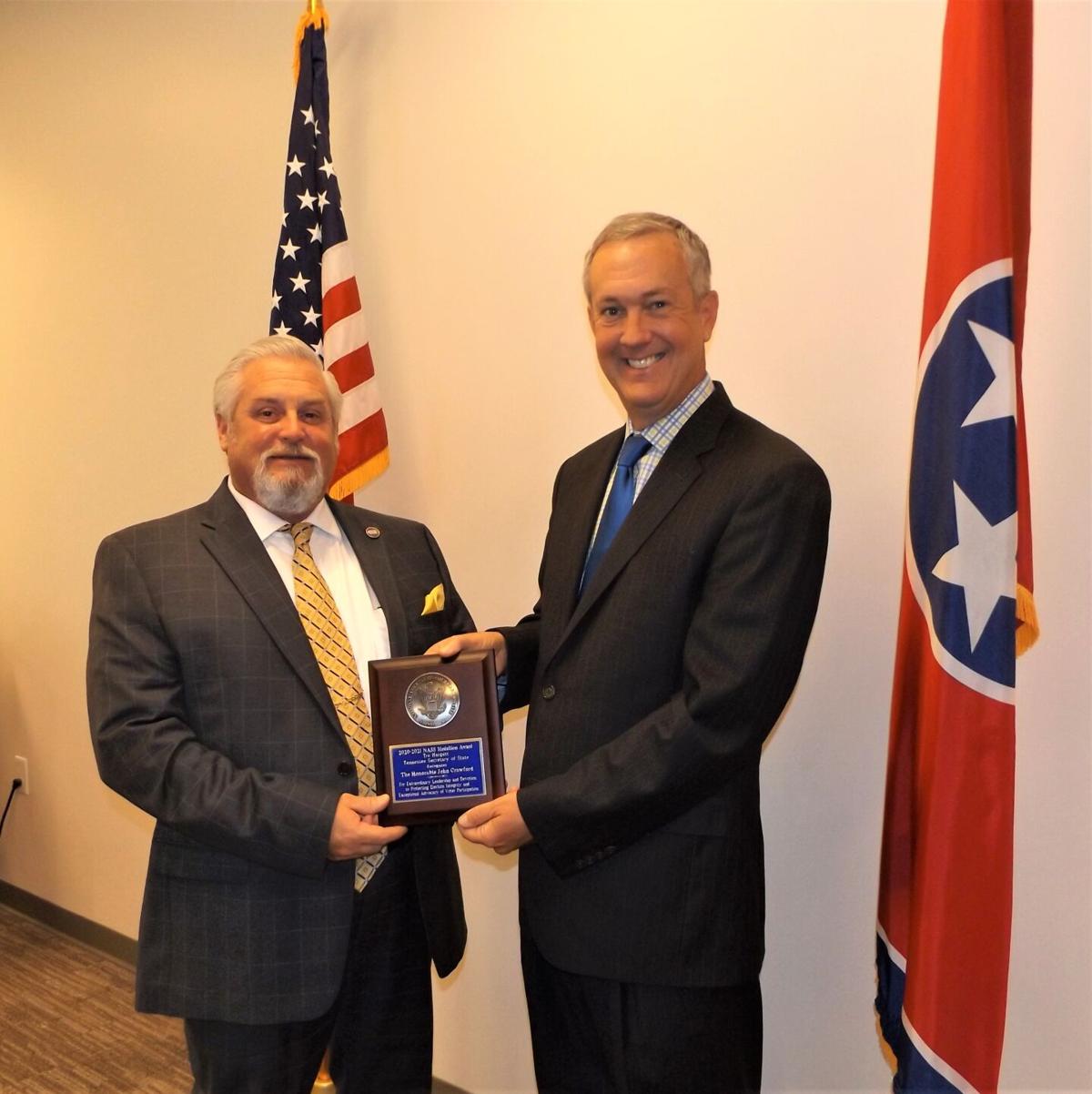 KINGSPORT — Tennessee Secretary of State Tre Hargett expects the upcoming November general election might present a “long election night that could spill over for a couple days” due to an anticipated heavy volume of absentee ballots due to COVID-19.

“We’re going to see a spike in absentee ballots. I don’t know how heavy that will be,” Hargett said Monday. “I hope I’m pleasantly surprised like I was in (the) August (primary) when 95 counties had their election results done by midnight.”

Hargett, whose office oversees elections, was in the Tri-Cities to announce a $6,974 technology grant going to the Johnson City Public Library and a $4,533 technology grant to the Kingsport Public Library. He also presented state Rep. John Crawford, R-Kingsport, with the National Association of Secretaries of State Medallion Award for his leadership and devotion to protecting election integrity and exceptional advocacy of voter participation.

Tennessee will offer in-person voting and absentee ballots during the early voting period and on Election Day. All counties are open for early voting starting Oct. 14 and ending Oct. 29, including Saturdays. Early voting hours can be found at https://web.go-vote-tn.elections.tn.gov/. Election Day hours and polling locations can be found at https://web.go-vote-tn.elections.tn.gov/.

County election commission offices will have COVID-19 protocols. Poll officials will wear either face masks or face shields and in some instances both. Gowns and gloves will also be available for poll officials to use. Every polling place will have hand sanitizer for the poll officials and voters to use.

In addition, signage will be in place to facilitate proper social distancing. During voting hours, where feasible, county election commission offices will have plexiglass dividers at check-in stations at early voting locations and at polling places. Election officials will wipe off surfaces throughout the day with disinfectants.

The deadline to request an absentee ballot is Oct. 27. For the absentee by-mail ballot to be counted, it must be received by mail by your county election commission no later than the close of polls on Nov. 3, Election Day.

“We’re trying to run an election 50 days from now,” Hargett pointed out. “I am going to ask the legislature to re-elect me for another four-year term in January. I’ve got a lot of work to do. We still see a lot of areas where we think we can do better in. That’s what I’m focused on.

“Our election administrators are really working hard to make sure that every Tennessean who is eligible to cast a vote can do so safely and securely.”

For more information on the voting process, go to GoVoteTN.com or call the Division of Elections toll-free at 1-877-850-4959.