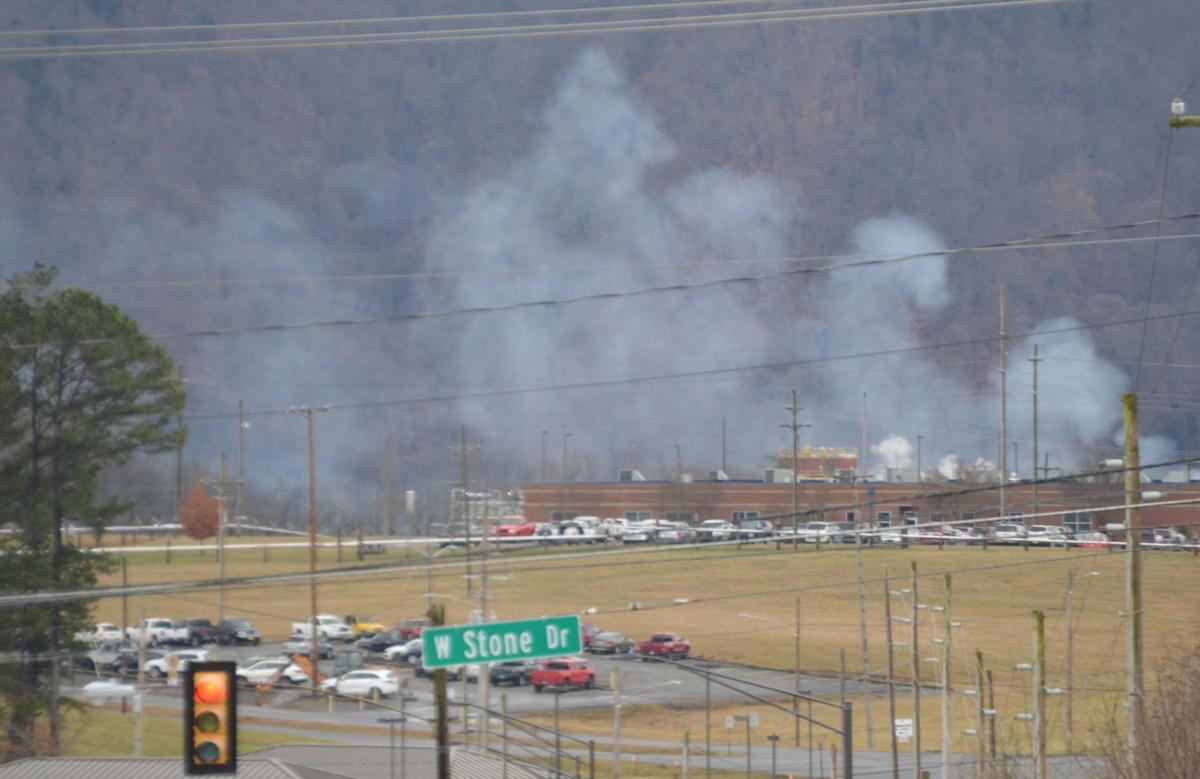 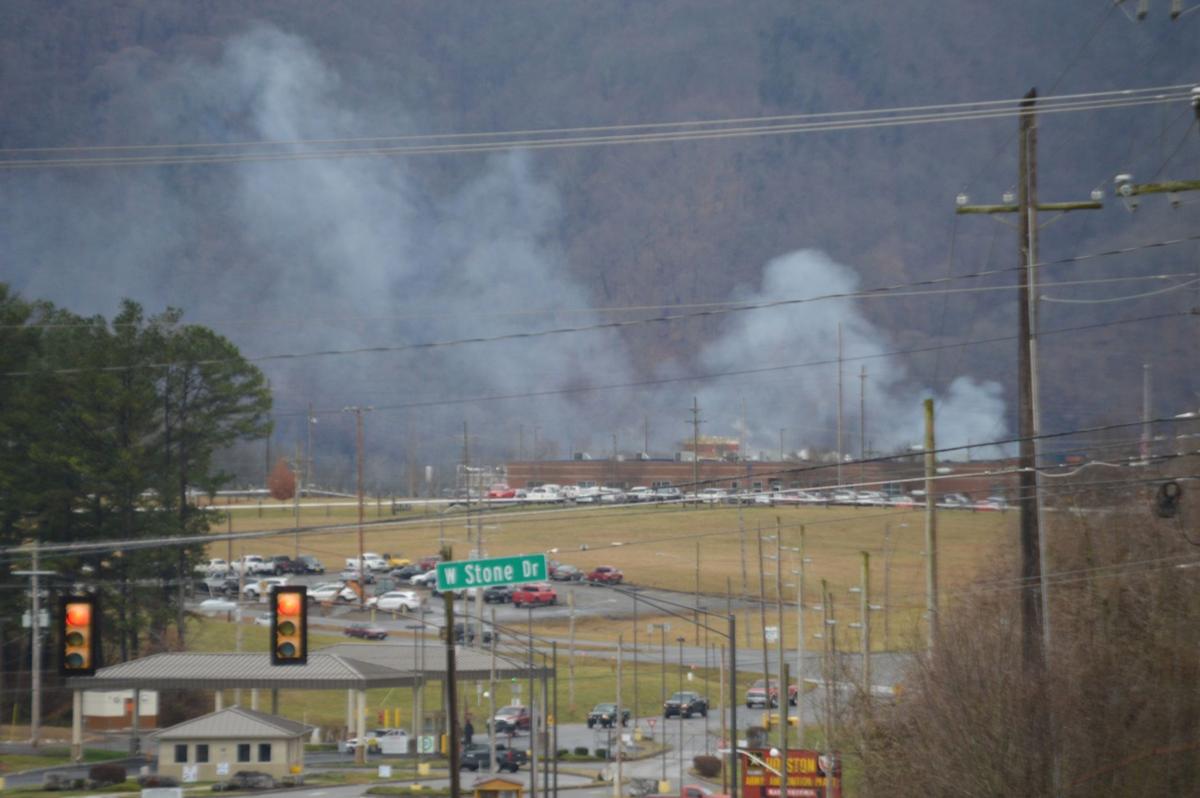 Smoke emits from the area of Thursday morning's fire after a powerful explosion at the site shortly before noon.

Smoke emits from the area of Thursday morning's fire after a powerful explosion at the site shortly before noon.

KINGSPORT — The powerful explosion in the wake of Thursday’s fire at Holston Army Ammunition Plant could apparently be felt several miles away and brought some people out for a closer look at all the commotion.

In business parking lots near HAAP on West Stone Drive, motorists pulled over to take photos of smoke rising from the facility. The big boom even got the attention of Eugene Mitchell, who lives fairly close by on Rocky Hill Lane and is accustomed to explosions at the plant.

“We hear small ones all the time, but that one was huge,” said Mitchell, sitting in his vehicle at University Square. “It was definitely not normal. They don’t shoot them off like that. It rattled the house, shook the house a lot. It sounded like an airplane hit the ground or something.”

Shaking ground and rattling windows were a common theme of onlookers and comments to the Times News Facebook page. But there were few civilians or non-HAAP employees closer than Debbie Carter. Her business, At Ease Therapeutic Massage, is located across from the Army facility’s entrance.

“I thought someone drove through my glass doors,” said Carter, who was working with a customer at the time of the incident. “It rattled the windows. It was hard enough that I left him, and I never leave a client on the table. I left him and looked and you could see yellow smoke coming up.”

“I just about came off the table,” recalls Neal Stone with a laugh. “She started working on me, but then the building started moving on us.”

According to Justine Barati, the director of Public and Congressional Affairs for Joint Munitions Command, the explosion was associated with the controlled burning of the building that had caught fire. No one was injured and more explosions may be heard as the burn continues.

Hundreds of readers posted comments about the explosion to the Times News Facebook page. They indicate the concussion was heard or felt in Gray, Blountville and as far north as Nickelsville, Va.

“Heard it in Fall Branch, thought it was thunder.” — Andrea Roberts

“On Old Stage Road off Memorial Blvd. It sounded like an explosion and shook the house.” — Andrea Kiss

“Felt it in Sullivan Gardens. Rattled the windows.” — Amanda Lynne

“Arcadia side of Bloomingdale!! My whole house shook!!” — Marcy Taylor-Vance

“Yes I did on Wilcox Drive. My cat fell out of my window.” — Becky Raiha