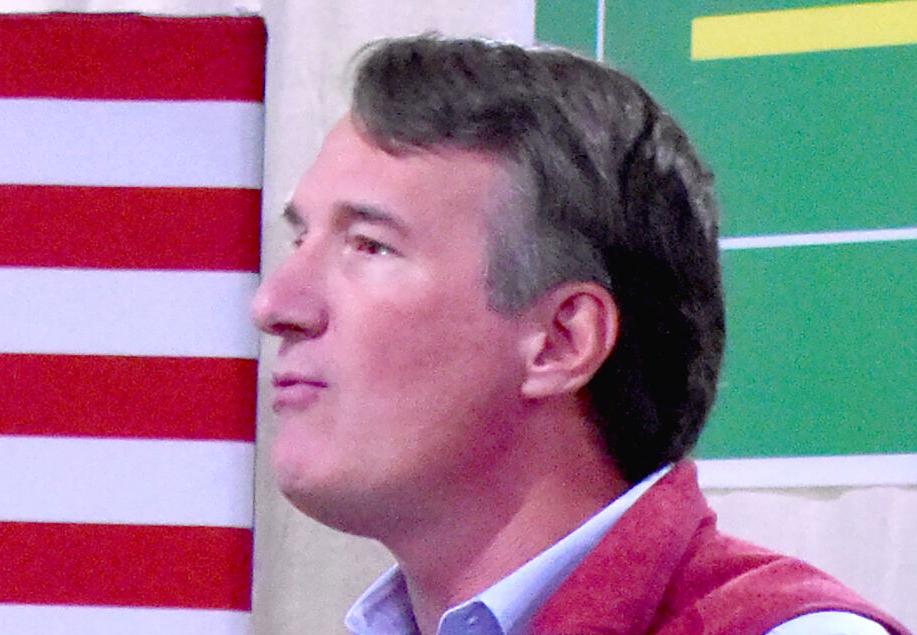 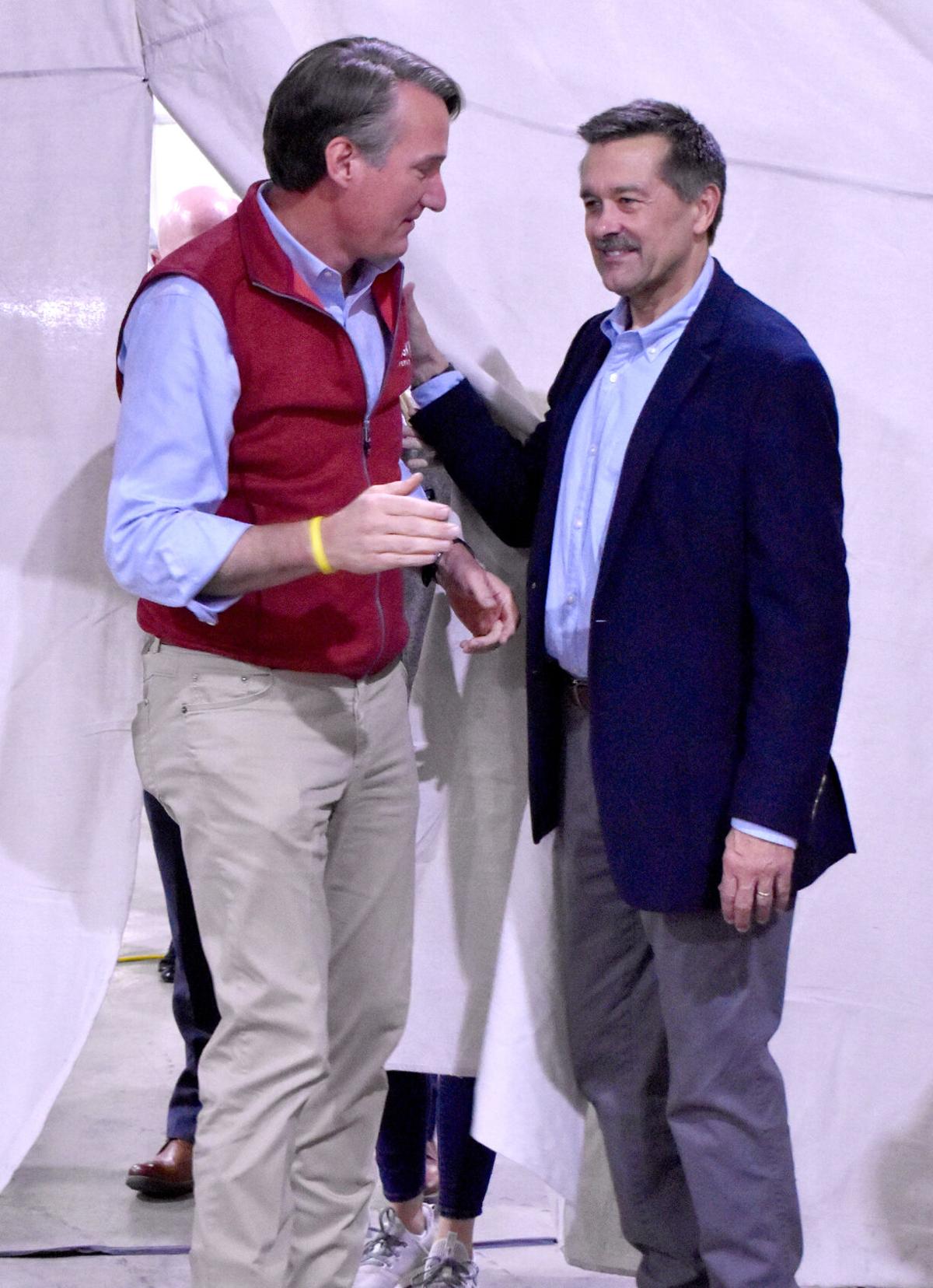 GATE CITY — Virginia Governor-elect Glenn Youngkin brought a list to Gate City on Tuesday of what he will do on Day 1 of his administration.

That list includes striking down COVID-19 school mask mandates, banning a theory on racism not taught in public schools and firing the state’s Parole Board and public health commissioner.

In a day-long “Thank You” tour of far Southwest Virginia, Youngkin held a rally choreographed to classic ’70s and ’80s rock at Scott County Telephone Cooperative’s maintenance center before he went on to bag groceries at an Abingdon supermarket and hold another rally at the Southwest Virginia Higher Education Center.

“One of the things I’m thankful for is Scott County,” Youngkin said in reference to Thanksgiving and his majority vote totals across Southwest Virginia localities. “What happened Tuesday three weeks ago was the reflection of a movement across this entire commonwealth of Virginia, and it was truly a movement.”

Crediting rural Virginia localities with countering the urban northern Virginia vote for his win, Youngkin said his support began with parents. In the closing days of the gubernatorial campaign, Youngkin capitalized on Democratic opponent Terry McAuliffe’s statements on parental involvement in public education and on a controversy over a parent’s opposition to her son reading a Toni Morrison book as an assigned class text.

“It kind of started with parents, and that’s where it should have started because, guess what, parents matter,” said Youngkin.

Youngkin said the parental rights issue crossed party lines, and he cited education, public safety, low taxes, constitutional rights and economic growth as the basis for his plans after inauguration on Jan. 15.

“Our job now is not to allow this movement to become a snapshot,” said Youngkin, “but for it to maintain itself as a motion picture with a lot of the movie yet to come.”

Youngkin said he would start a waste and efficiency audit of state government beginning with the Virginia Employment Commission and Department of Motor Vehicles. Calling for the “largest tax rebate in the history of Virginia,” in the wake of a $2.6 billion surplus and an anticipated $3 billion surplus in 2023, he said he will push for elimination of the state grocery sales tax and a one-year suspension of the most recent increase in the state gasoline sales tax.

Youngkin said he wants to see the General Assembly double the standard deduction for the state income tax and exempt up to $40,000 of veterans’ retirement income from taxation.

Promising to support creation of innovation charter schools for college and career preparation, Youngkin later said those schools would be public schools and not private charter schools.

While promising that history instruction would include “the good and the bad,” Youngkin said “one of the things we will not do is to teach our children to view everything through the lens of race.”

“We want not to be dream stealers but want to be dream facilitators,” said Youngkin. “So, on Day 1, we will ban critical race theory in our schools.”

Critical race theory, a legal theory of historical racism in connection with government institutions, is not part of Virginia’s Standards of Learning, although Youngkin later claimed that the state Board of Education has coached teaching of the theory and recommended a book on introducing it in classroom teaching.

Youngkin promised budget increases for law enforcement salaries and training across the state and referred to the Nov. 13 shooting death of Big Stone Gap police officer Michael Chandler before leading the audience in a prayer.

“We’re not going to allow qualified immunity to be remotely encroached upon,” Youngkin said, adding that the mental health system must see investment because of declining care and the increased impact on law enforcement dealing with affected people.

Criticizing COVID-19 lockdowns and shutdowns’ impact on businesses, Youngkin said he was concerned that Virginia’s right-to-work status “would go away” after hearing of automotive companies locating plants in neighboring states. He promised a 12-month tax holiday on small businesses’ profits to encourage growth and hiring along with cuts in Virginia business regulations to encourage “an innovation economy.”

“I trust you to make decisions with regards to your family,” Youngkin added.