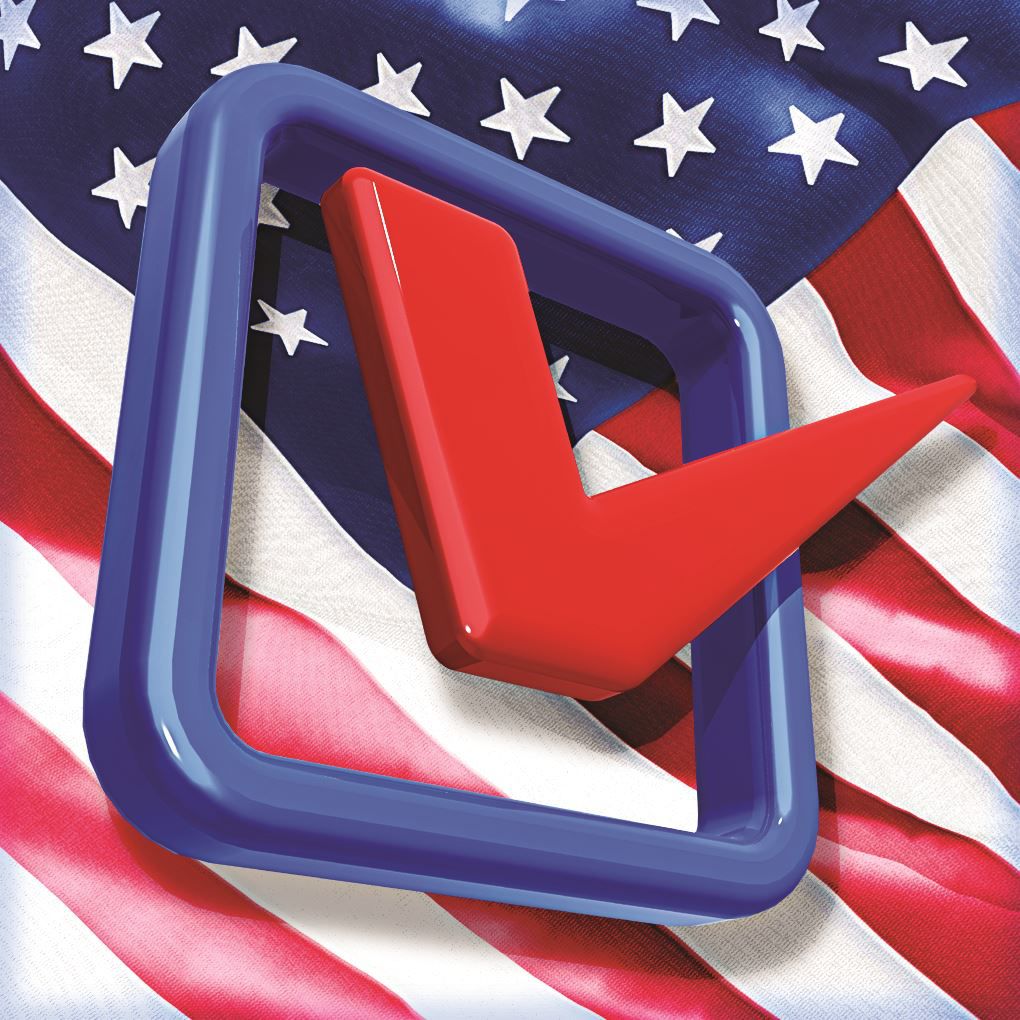 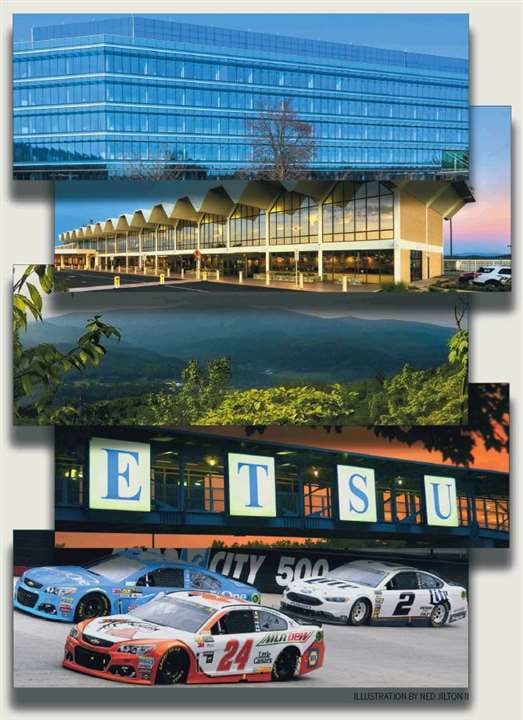 KINGSPORT — There’s been much talk in recent months about regionalism, from both the business community and our government leaders. It seems our community leaders want Northeast Tennessee and Southwest Virginia to speak with one voice when it comes to recruiting business, industry and tourists to our region.

But what will our region be called? Do we stick with “Tri-Cities” or “Appalachian Highlands” or something else entirely? And what exactly does “regionalism” mean and why should we care?

In the third of a five-part series, the Times-News asked the candidates running for mayor and aldermen in the upcoming city election their thoughts about regionalism, what it means to them and where they see it being the most effective. Here are their replies:

I see regionalism as a huge opportunity for Kingsport. If we work together to form an equal partnership in the region, economically we can be a contender. We can compete in many areas with larger cities in Tennessee and surrounding states. But I do think everyone needs to and should be on board. I see regionalism being most effective in attracting businesses into the area, passing on larger cities like Asheville, Chattanooga or even Nashville.

Kingsport has been engaged in regionalism, which is the practice of a region working together for the benefit of all parties involved, since our second city charter in 1917. The most recent example of this is the Aerospace Park development, which is a joint venture between Kingsport, Bristol, Johnson City, Sullivan County, and Washington County. The best way to explain regionalism, however, is by talking about what isn’t regionalism. The Ballad Health merger is NOT regionalism. It is parasitism, and an attempt to neuter Kingsport by moving our Level 1 Trauma Center and NICU to Johnson City. The FTC came out against the merger, saying it would “likely lead to higher prices, lower quality, and reduced availability of healthcare services in Northeast Tennessee and Southwest Virginia.” The growing list against the plan includes a 22,186 signature petition, most of the EMS, counties, fire departments, and the Tennessee State Representative of the Commission of Trauma, to name a few. A good mayor listens to his constituents, which is why the first thing I will do if elected will be to send a letter to Governor Lee telling him that the situation with the Ballad Health COPA is untenable and must be dissolved.

I see regionalism as working together with all the cities, towns, and communities in Northeast Tennessee and Southwest Virginia to find opportunities that benefit our citizens. Through NETWORKS more than 200 jobs have been created in the Phipps Bend Industrial Park in Hawkins County over the past few years. Even though the location is in Hawkins County, Kingsport directly benefits from these additions because people need places to shop, eat, and live. Aerospace Park, the planned development beside the Tri-Cities Airport, is another excellent example of a regional project that could bring significant growth to our city. When fully developed, the park could employ over 2,000 people from across the region. Many of those individuals will be Kingsport residents. I see regionalism being most effective when our leaders put citizens first, listen to their concerns, and advocate for them as part of the region.

I am not completely sold on regionalism. I think Kingsport needs to stay Kingsport. I, so far, in only a month have invited and met with a lot of people and we sat down and talked about the history of this great city. The people that made up and help build this city, some of which was family members of a person that laid the very first bricks and mortar at many, many buildings here. I could sit and listen all day long for weeks about our history. Industrial city that’s what we are right? Manufacturing, we work with our hands, blue collar, I’m very proud of that. That’s why I’m running. I want that back. I want our children, our young people graduating to say hey, I built that, that’s my robot that just poured you a cup of coffee or I fixed that car.

Regionalism can help in areas that are too large for just us to handle, for example, large economic development projects, solid waste programs, ground water management and also help with some quality of life projects that may arise. A good reason why I like it is my business draws customers from Johnson City, Bristol, Southwest Virginia and as far out as Kentucky. I also depend on vendors like Keystone from Bristol for supplies. No one in Kingsport offers the quality paint I use. We need regionalism in this aspect for us to be successful.

I would like to see what they are saying about it and see where they are going with it.

Kingsport is part of the Northeast Tennessee/Southwest Virginia region that is interdependent in many ways. To succeed we must recognize our dependence on each other and work together where appropriate for the greater good. While Sullivan and Washington Counties have shown some population growth, every other County in the region is losing population and overall we are shrinking. If we don’t turn this trend around, it is going to have long-term economic implications for all of us. Our two MSA’s (Metropolitan Statistical Areas) need to be consolidated into one so that we are viewed as a single area by the outside world. Coordinating our efforts on tourism is also a must. Consolidation of economic development efforts on both commercial and industrial fronts needs to be studied. RCAM’s reach needs to be expanded. Possible consolidation of the three Metropolitan Transportation Planning Organizations into one entity would better focus federal and state transportation projects in the region. If we work together, we will find other areas for cooperation that will make our region an attractive place for growth.

I see regionalism as an abdication of our responsibilities as a government. We are elected to represent the people of Kingsport and should resist any intrusion from outside the city. If there is to be regionalism, it should be at the county level and not involve the cities. If the business community wants to regionalize, then let them, but the city of Kingsport should only be responsible to those who live in Kingsport.

I believe regionalism is a good approach to economic development because county and city leaders together make it work. Today as we are continuing to put a team of our regional leaders together, we can only hope for the best of efforts from all parties. I believe that as a region we need a large industrial site wherever that may be, having all the infrastructure, (sewer, water, electric service, rail, etc.) and there should be a way to work out the details for all counties to benefit

I believe we can get more done working together than we can apart. We have close to one million people in our region. When you compare 53,000 to 1,000,000 that makes a huge difference, and when it comes to retail, each city is going to fight for all we can get. Each city needs the sales tax dollars. When it comes to an industry, we MUST work together because we all benefit from that. Because a person works in Kingsport does not mean they live in Kingsport, just as every person that works in Bristol and Johnson City does not live there. Any business locating in the region is going to be good for Kingsport.

With that being said, I'm running for Kingsport Alderman, and my priority is to Kingsport. We must make sure we have a seat at the table, and we represent ourselves well.

As a County Commissioner, I voted for the AeroSpace Park at Tri-Cities Airport, an excellent example of how regional cooperation should work. Unfortunately, relations between Sullivan County and the City of Kingsport could use some improvement. For starters, I’ve voted against the county slashing funding for city schools and against the county suing the city ... three different times. On the positive side, I’ve urged the County to join Kingsport’s PetWorks to provide a more practical and humane effort towards animal control so that Kingsport residents don’t have to keep paying for two animal shelters when consolidation would result in substantial savings.

Finally, I voted for the county’s resolution against NICU and Trauma changes at Holston Valley. That said, we should be thankful that Kingsport’s own community hospital is still open at all after losing over $80 million in five years. As Ken Maness argued in an article in this paper, we should not throw Ballad out with the bathwater. As Mayor, I will sit down with Ballad’s executives to ask for principled and practical improvements such as a seat on their board for our BMA and emphasize that financial and technical assistance for our first responders is imperative.

Regionalism in a theoretical sense is a very simple concept, but in reality it is a very difficult process to achieve. Regionalism involves entities in a common geographical area coming together for a common purpose. The basis for Regionalism is that all parties in the region must benefit from their cooperation with each other. The process of regionalism must be ongoing since all parties will not always benefit from every venture, but all parties must at some point benefit as a result of the alliance. Regionalism is most effective in an environment where people care about themselves as well as each other. In other words regionalism is synonymous, in a biblical sense, with the concept of “do unto others as you would have them do unto you” (The Golden Rule).