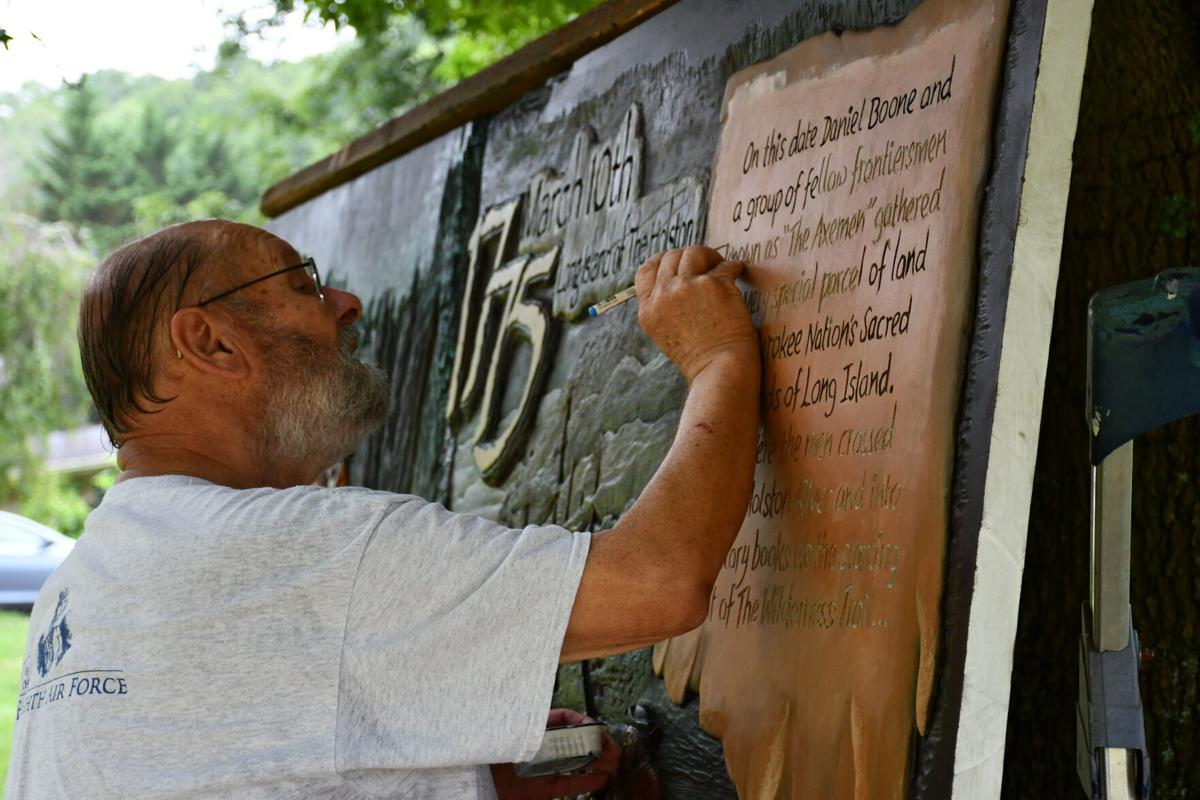 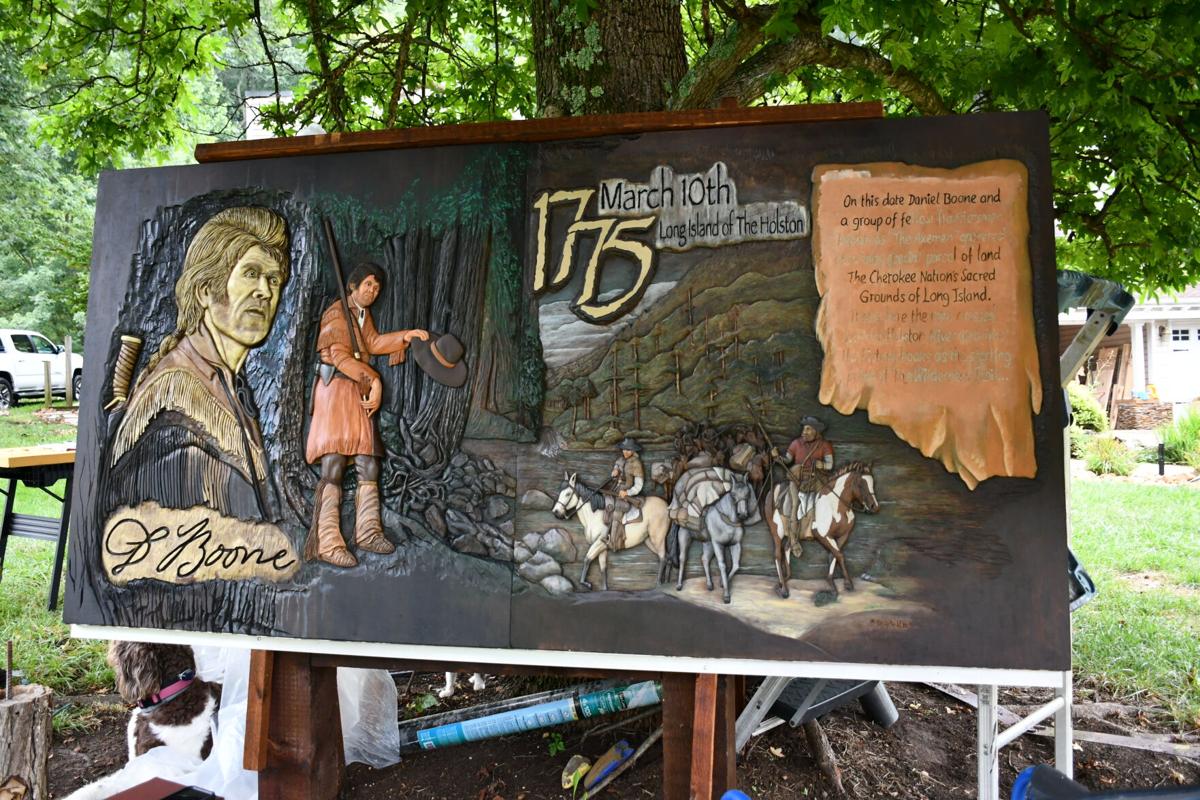 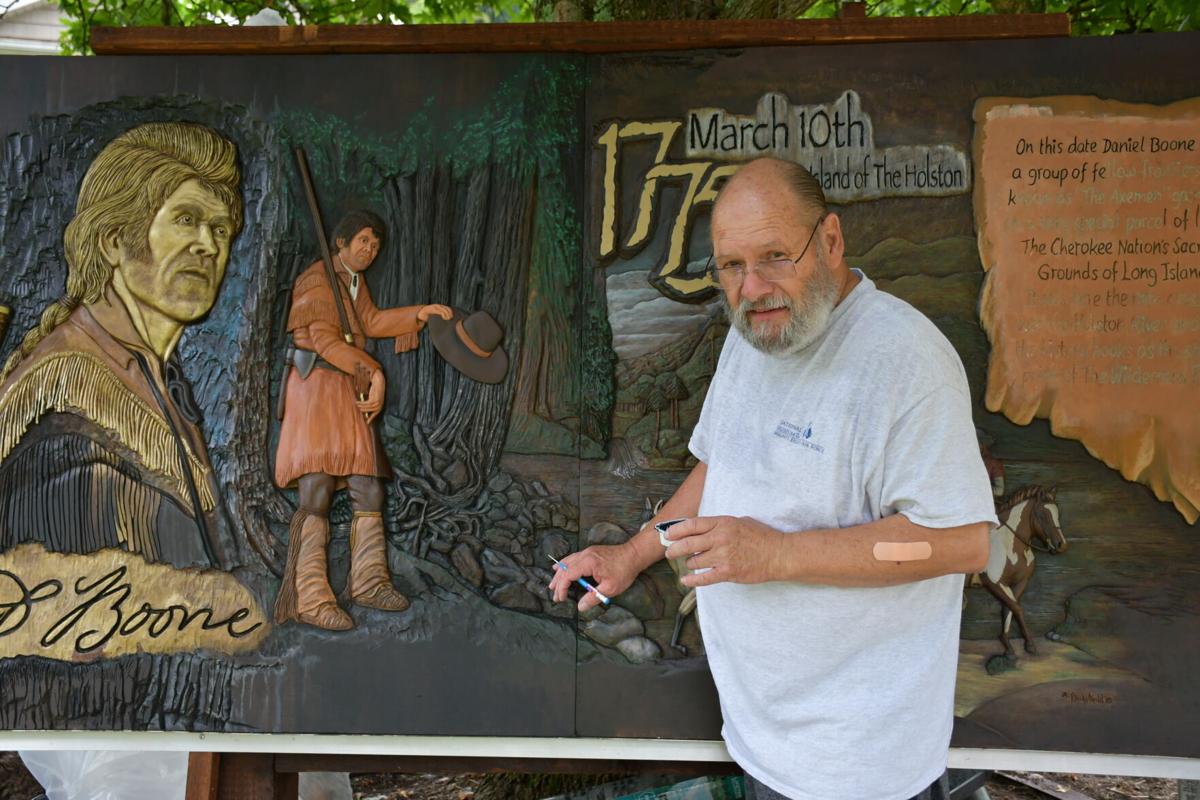 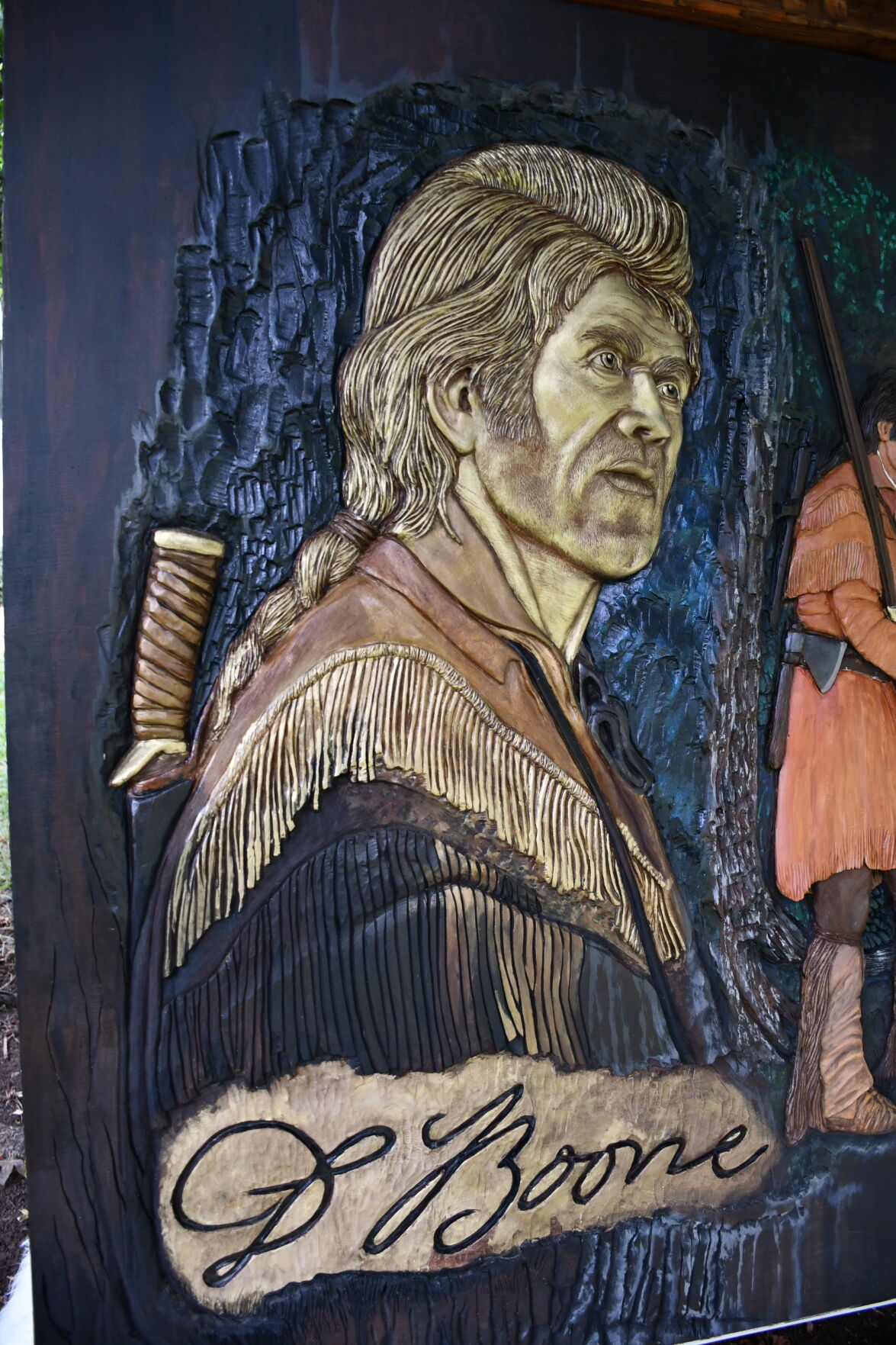 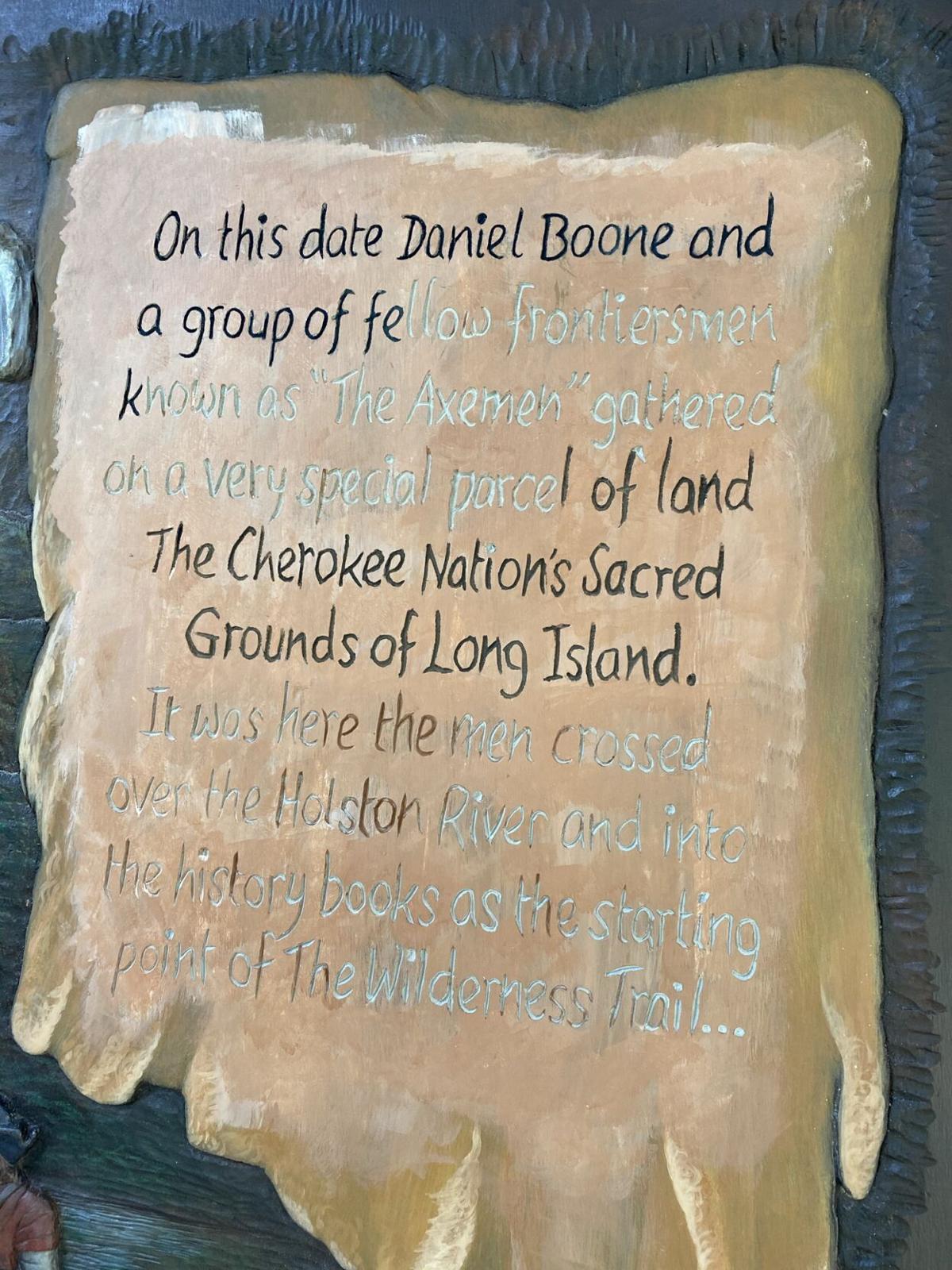 Ideally, he would like for it to go on Long Island, along Riverfront Park, or near the Netherland Inn since that’s where Boone began the Wilderness Trail. And he won’t even charge for the piece.

All he asks is for the carving to be displayed in a proper way.

“I’ve no idea where it’s going right now,” Pilkenton told the Times News recently. “I just want it to be displayed somewhere it will be appreciated and people will have a little bit of knowledge of history.”

The Daniel Boone sculpture is 4 by 8 feet and includes Boone, his axmen crossing the Holston River, and a short paragraph about their mission: blazing the Wilderness Trail.

Though it looks like wood, the sculpture is actually made of a high-density foam that many companies use for signs and markers.

Pilkenton said the foam carves much like basswood and is much more durable on the outside. It’s waterproof and won’t shrink or warp, making it ideal for outdoor displays.

Pilkenton started working on the Daniel Boone sculpture more than four years ago and since then has put in about 500 hours of work on the project.

It was a teaching project, Pilkenton said, with him doing the left half with Daniel Boone and student Becky Arnold doing the right half with the axmen crossing the river.

Arnold, who also participated in the Lynn Garden mural project, has since moved to Florida, but she did sign her half of the sculpture before moving. Only recently has Pilkenton reached the point where he could actually finish the project and tie the two pieces together.

“I’m finishing the story on Becky’s side, carving it in and then I’ll go in, tint it, and seal the whole thing,” Pilkenton said.

FINDING THE SCULPTURE A HOME

Daniel Boone and about 30 other ax-wielding road cutters set off from Long Island on March 10, 1775, to blaze a trail through the Cumberland Gap of Virginia and into Kentucky.

Pilkenton said he’s talked to some people within the city’s organization about the sculpture, but that nothing official has been done to find the piece a home near Long Island. If he could wave a magic wand, Pilkenton said he’d like to see his work displayed on Long Island, near the existing plaque on the Cherokee Indians.

“I grew up in Southwest Virginia, and the only heroes I had were the ones I learned from history books,” Pilkenton said. “I didn’t have all niceties that are given to children today in the form of entertainment. My entertainment was my drawings and imagination, so Boone was a natural for me.”