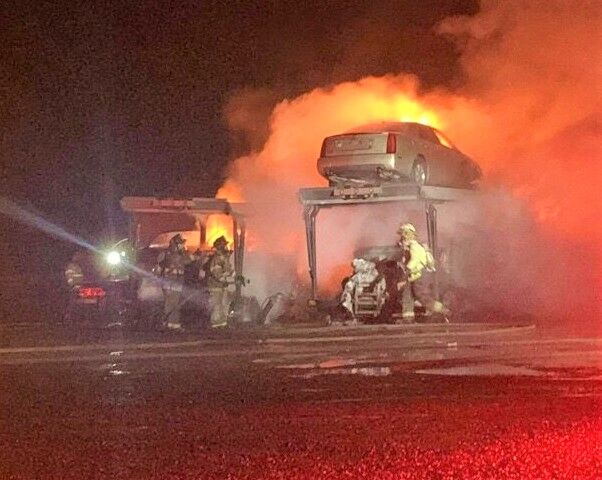 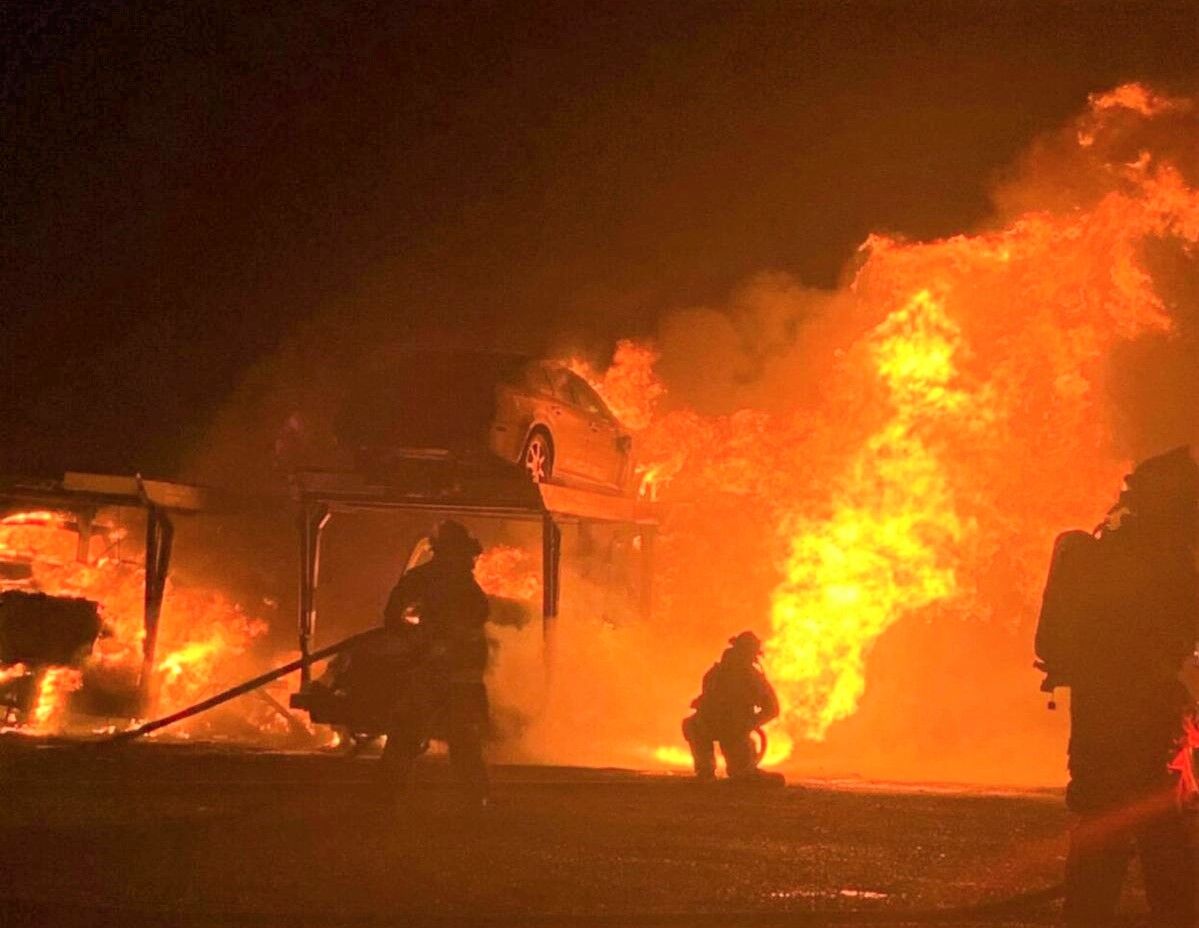 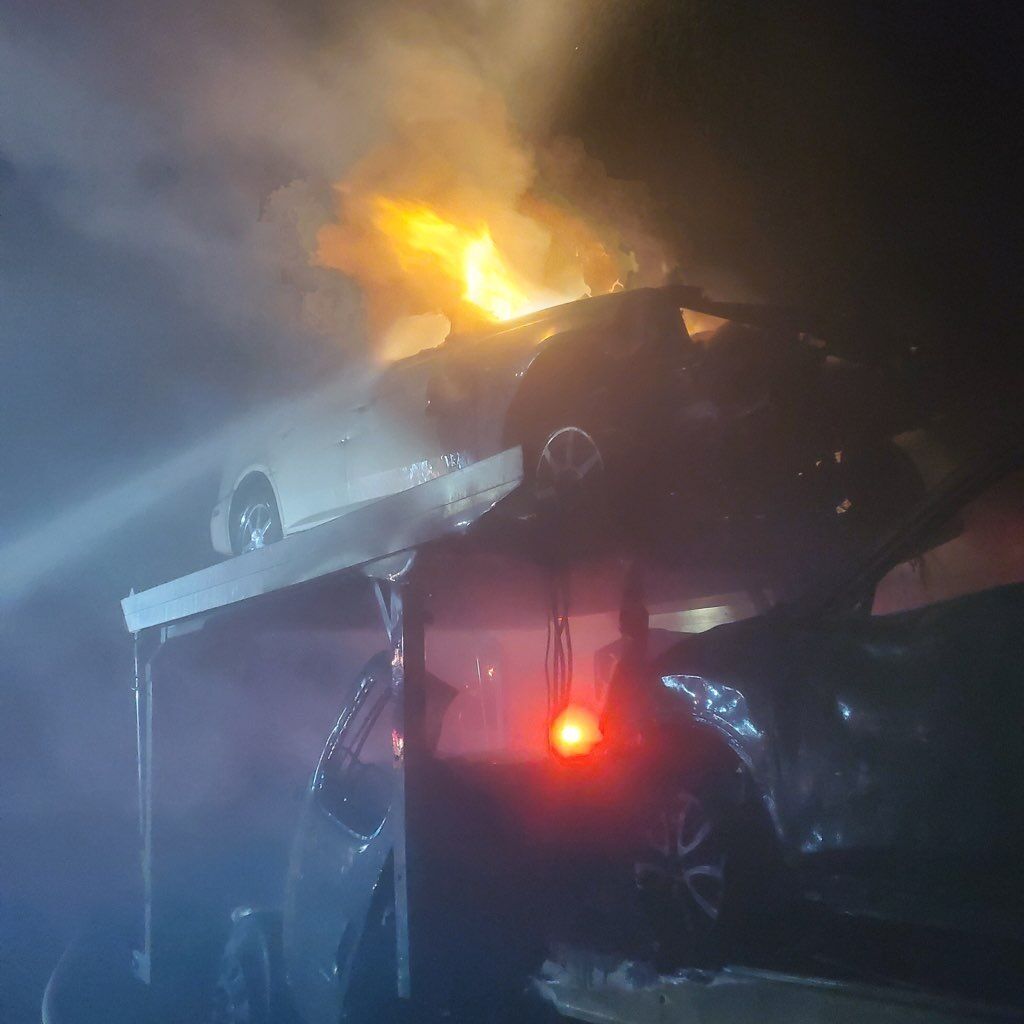 The fire destroyed three haulers and trailers valued at $50,000 each. As of Monday, only one of the five cars lost had been officially identified by its VIN and was valued at $7,000.

The other four cars weren’t yet officially identified due to the fire damaging the ability to read the VINs, but the HCSO estimated the total value of the damage caused by the fire at $200,000.

Stanley Valley VFD Assistant Chief Chris Vaughan told the Times News that three large car haulers parked in the lot beside each other were ablaze, and the flames were visible for several miles.

Initially, the fire was determined to be suspicious and it was investigated by the HCSO as a possible arson.

“He (the owner) had problems with it on the way in, had it worked on, and it may have been electrical,” Lawson said. “Arson isn’t suspected at this time.”

The owner was listed as Randle Brian Garrett of Church Hill.

“It took quite a while to suppress the fire,” Vaughan said. “With vehicles, you have quite a bit of chemicals, and we had to deal with the gasoline leaking from the vehicles. Then you’ve got the magnesium in the steering column.”

Vaughan added, “The thing that was the hardest was we had multiple explosions from tires blowing out, windows blowing out, a lot of hazards. We went vehicle to vehicle and put them out one at a time. Luckily everyone was able to work together and get the fire under control, and no one was injured.”

Assisting Stanley Valley at the scene were volunteer firefighters from Striggersville, Persia, and Surgoinsville.

The Hawkins County Sheriff’s Office is asking the public for information about human remains that were located in a burned vehicle Sunday afternoon.