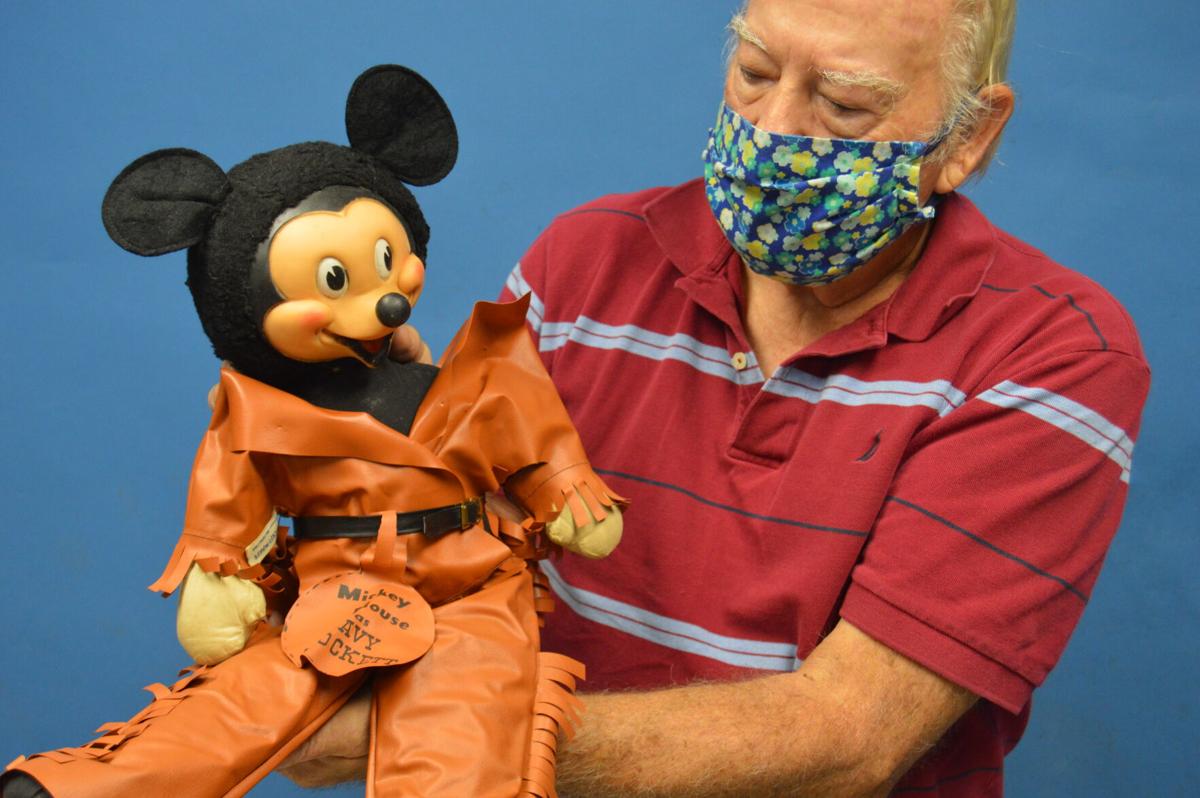 Herb Griffin holds a vintage Mickey Mouse doll dressed as Davy Crockett. Griffin said the doll is mostly like from the mid-1950s. 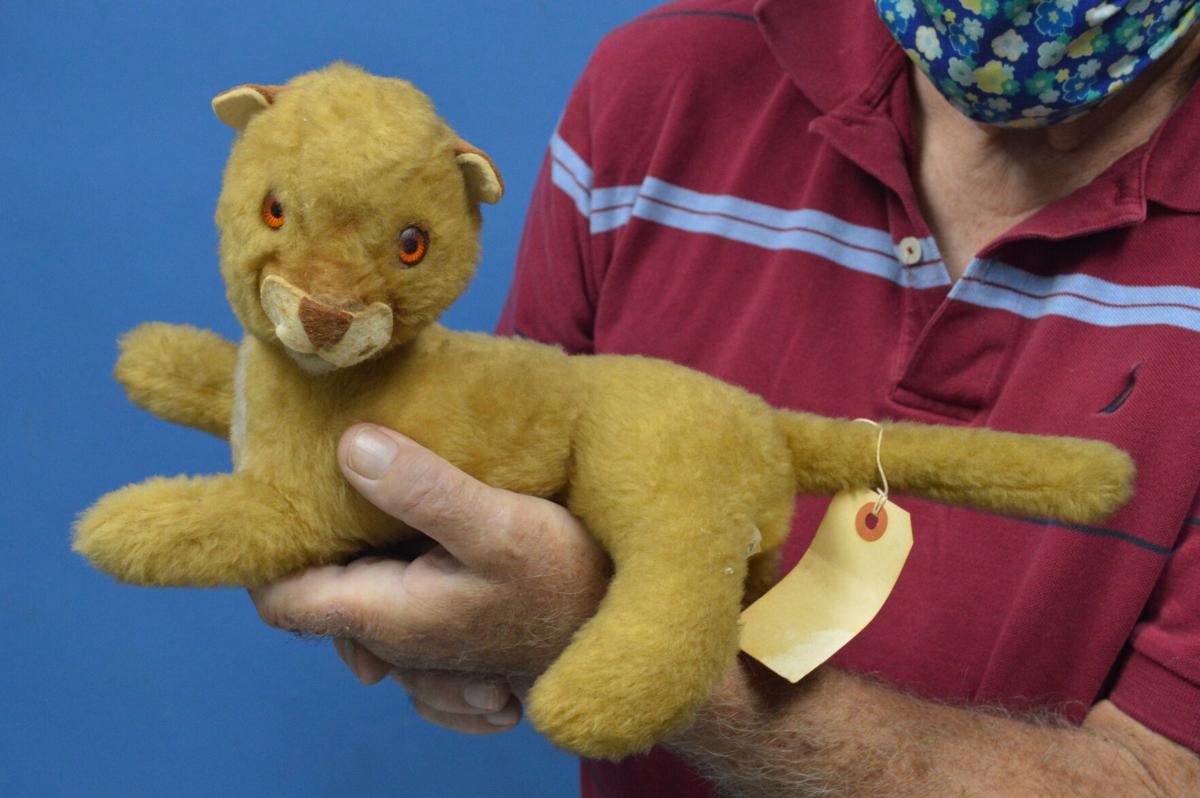 This stuffed Cougar also dates back to the 1950s and was a promotional item given out by the Lincoln-Mercury dealerships, the Griffins say.

This slender Asian doll dates back to the 1930s.

Herb Griffin holds a vintage Mickey Mouse doll dressed as Davy Crockett. Griffin said the doll is mostly like from the mid-1950s.

This stuffed Cougar also dates back to the 1950s and was a promotional item given out by the Lincoln-Mercury dealerships, the Griffins say.

JONESBOROUGH — Hundreds of dolls — of all shapes, sizes and genres — will be on hand for the annual Doll & Bear Show later this month at the Jonesborough Visitors Center.

The one-day show will be held on Oct. 24 from 9:30 a.m. to 3 p.m. at the visitors center (117 Boone St.). Admission is free, but organizers are asking folks to make a donation, with all of the proceeds going to the St. Jude Children’s Research Hospital.

Mary Griffin, one of three women who organize the annual show, said at least 17 vendors will be set up for the show, offering collectors at least 800 to 1,000 dolls to choose from. Genres will include antique, vintage, modern and art. There will be plush items for sale, along with all manner of accessories: doll houses and clothing, tea sets, cookware, laundry sets, building blocks and more.

And it won’t just be toys for girls, Griffin said. In the past, some vendors have brought toys for boys, such as action figures and G.I. Joe items. Others have brought handmade jewelry, crocheted items and baseball cards.

“You never know what the dealers are going to bring,” Griffin said. “(The show) is for everybody — grandparents, parents and kids. We have a lot of parents who bring their children and let them pick out a doll. It’s so wonderful to see the smaller kids coming along and collecting.”

Vendors will be coming from the Tri-Cities area and from out of state, including Virginia, North and South Carolina and Georgia. A Colonial Heights woman who specializes in doll repair is expected to attend, and an expert will be on hand to give estimates on how valuable a particular doll or bear may be.

Door prizes will be offered throughout the day, once, maybe twice, on the hour, Griffin said.

Several hundred people typically attend the show, and this year, with COVID-19 still a thing, Griffin said attendees are required to wear a mask and abide by social-distancing guidelines.

The annual Doll & Bear Show has been held in one form or another for more than 30 years. The original woman who did the show for decades decided to stop a few year ago, so Griffin and two of her friends decided to pick up the mantle.

The show has been held at the Kingsport Civic Auditorium in the recent past, but many of the loyal buyers requested it return to Jonesborough, which Griffin said she and her friends decided to oblige.

Griffin is definitely a lover of dolls, having more than 3,000 in her collection, one that has spanned seven decades. On Oct. 24, she’ll be on the lookout for anything interesting, especially if it dates back to the early 20th or 19th century, a genre she really loves collecting.

“I started collecting as a little girl. When I was born, my daddy started buying me dolls, and he bought them on up until he passed away,” Griffin said. “In a broad sense, if I really like it I’ll buy it.”