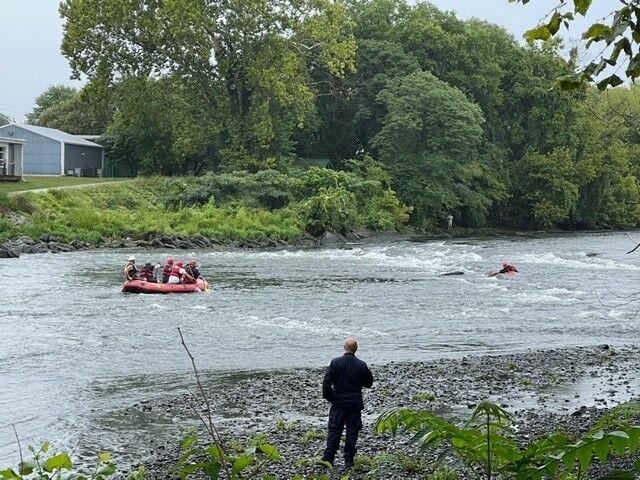 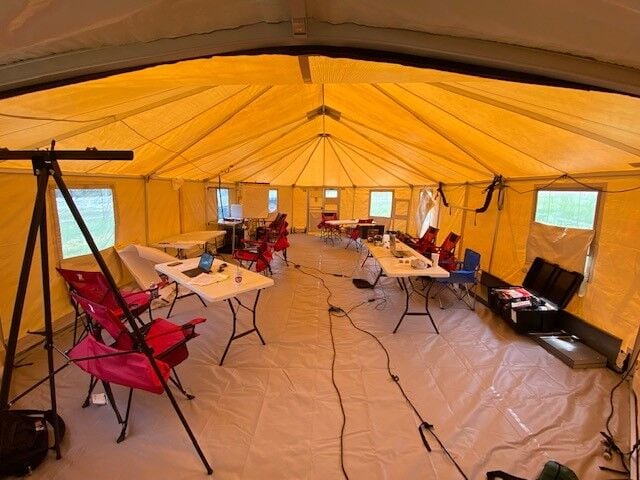 A Sullivan County EMA mobile command tent is set up for a drill. 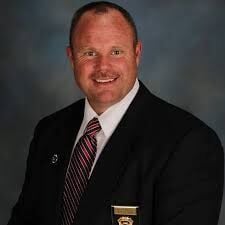 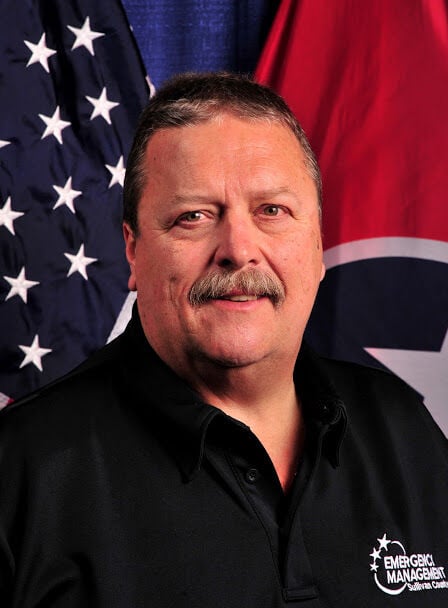 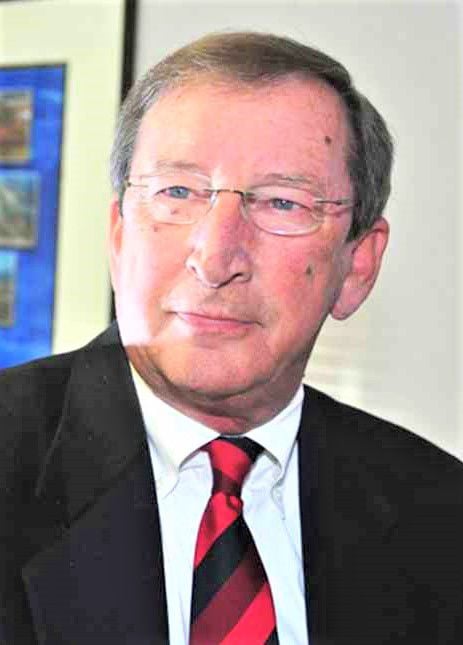 A Sullivan County EMA mobile command tent is set up for a drill.

BLOUNTVILLE — Anyone who is not old enough to remember the terrorist attacks of Sept. 11, 2001 might take two words for granted.

In the wake of 9/11, President George W. Bush founded the U.S. Department of Homeland Security at the federal level. States and local governments across the nation implemented programs to follow and enforce the agency’s protocols and guidelines in order to receive federal grants to increase security measures.

Some counties in Tennessee officially changed their EMA to a department of EMA and Homeland Security. Sullivan County is not among them.

The Times News asked Bean how things changed in emergency management after 9/11.

‘A much tighter lockdown’

“First and foremost it just made everybody, emergency workers, preparedness planners, and hopefully individual citizens, more aware of the surroundings. And to be alert for anything unusual and to report it,” Bean said. “It changed a lot of security issues with entering buildings, especially federal and state facilities or any considered potential high-risk targets for future attacks. Some facilities went to a much tighter lockdown than what we were used to prior to 9/11.”

One local facility where a huge change occurred was Holston Ordinance, Bean said, where barriers were set up at one point.

Now, most facilities try to be more creative and install decorative elements that double as barriers, Bean said.

“Instead of a big Jersey barrier in the road, they strategically place landscaping, planters, trees and shrubs with a big metal pole somewhere near entrances,” Bean said.

Anyone who travels by air knows security at airports increased after 9/11. Bean said local EMA’s increased the number of drills and preparedness exercises at airports and that includes Sullivan County EMA.

Homeland Security and 9/11 protocols influence the way those drills and exercises are planned and executed, Bean said.

“The drills now require a lot more advance coordination with with federal, state and local agencies, such as TSA,” Bean said.

Disaster preparedness drills at airports changed after 9/11, with a new emphasis on terrorism-related emergencies, Bean said. And national training events for local agencies expanded beyond being prepared to respond to include “making plans (for) ... the community’s recovery.”

The aftermath of 9/11 and creation of the U.S. Department of Homeland Security brought a new funding stream to state and local agencies. But funding has decreased in recent years.

“Initially, there was quite a bit of money that was sent down to every county,” Bean said. “Over the years it has decreased rather significantly. And now, any grant money comes down to the district, and then the district decides how to spend it.”

Much of the grant money over the years has gone into communications systems, Bean said.

“A buzz word for a long time was interoperability. Can the left hand communicate with the right hand? The radio systems we’ve purchased and now use, basically we can talk to anybody. And when you buy phones, you need to make sure they can share your information with phones used by other agencies. Radio and telephone equipment has to meet a certain criteria and meet a standard that it can communicate with state, federal and other local agencies.”

Fifty-some members of various emergency response agencies across Sullivan County are about to travel to Maryland for national training.

“The county and all the cities are getting ready to go,” Bean said. “We’ll test Sullivan County and the cities on disaster drills. Potential terrorism now always is a part of considering our core capabilities. It’s not just response. It includes surveillance. The surveillance gets back, largely, to the communications equipment we’ve purchased and put into use.”

Bean said preparedness for potential terrorism is a part of day-to-day operations.

“When you’re pulling plans together, you have to consider the Homeland Security side,” Bean said. “Just this morning I had to submit a list to Homeland Security about large events that take place throughout the county during a year. The races at Bristol Motor Speedway are a given. Then there is Fun Fest in Kingsport, Rhythm & Roots in Bristol, and a whole list of other, smaller events.”

On Sept. 11, 2001 Bean was an employee of Sullivan County EMS and at home studying that morning for a college final. He didn’t know about the terrorist attacks until 30-45 minutes later than most people.

“I remember some of our members were scuba diving, for practice, at Boone Dam, and they were immediately rushed out and told to leave,” Bean said. “A lot of places shut down.”

As fate would have it, Bean himself was scheduled to be in Vero Beach, Florida, the next day to complete his own certification as a scuba instructor.

“I drove to Vero Beach the next morning,” Bean said. “And that’s where some of the terrorists supposedly had learned to fly the planes. That was an intense place to be. There was absolutely nothing going on in Vero Beach. But there were more black SUVs and black sedans with blacked out windows than I’d ever seen in my life.”

“We got a lot of money the first several years to buy special equipment we didn’t have before to deal with terrorism issues,” Fleenor said. “A lot of money came in the form of CBRN grants. CBRN (pronounced see-burn) stands for chemical, biologic, radiation, and nuclear. Another big benefit that came after 9/11 and creation of Homeland Security was we received more information and specific training for preventing, responding to, and recovering from those types of attacks.”

Fleenor said on the morning of the attacks he was in the EMA/EMS offices in Blountville and he and other workers watched the scenes in New York and Washington unfold on television.

“It was terrible when the first plane had struck one of the towers in New York,” Fleenor said. “When a second plane hit the other tower, it was shocking and we began to think, ‘What do we need to do here?’ “

By that afternoon, there was an “impromptu” meeting at the EMA’s Emergency Command Office, Fleenor said, with representatives of agencies across Sullivan County and its cities.

“Looking back on that day, I’m still proud of the county,” Fleenor said. “It showed we already had a good plan of how to coordinate in a large-scale emergency.”

Fleenor said Sullivan County EMA’s training and planning already included many components that would be used if responding to a terrorist attack. Those plans hadn’t been developed with terrorism in mind, Fleenor said, but for responding to large-scale disasters such a plane crashes, building collapses or other heavy damage to community infrastructure.

That training and planning was adapted to respond to situations caused by an attack rather than an accident.

“We had trained and held drills on responding to a plane crash. A new element thrown in after 9/11 was the increased potential for hazardous materials — biological, chemical, even nuclear — being present with a terrorist attack.”

Like Bean, Fleenor said Homeland Security grants were a major factor in boosting capability in communications equipment used by police, fire and medical response agencies across the county and its cities.

“We already were looking at getting an 800 megahertz radio system in place,” Fleenor said. “That interest had been heightened even before 9/11 by the school shooting in Columbine (Colo.). Now all county and city agencies have communications equipment that allows cross-communication between two agencies or all agencies in the event of a large disaster. People might be surprised to know that any city or county employee who has been issued a radio can use it to directly contact an employee of any other city or the county.”

Fleenor said Homeland Security money also supplied local emergency response agencies with generators, portable lighting, and in Sullivan County’s case, a bomb robot. Fleenor said the cities have since gotten such robots, and all have been used in real situations.

“The aftermath of the events of September 11, 2001 left law enforcement facing many new challenges,” Sullivan County Sheriff Jeff Cassidy said. “The way of life which we had known changed overnight. Critical infrastructure that was once thought to be safe had become the target of terrorists that wanted to destroy not only the things that were important to us, but also our way of living and our freedoms.”

These funds help with securing critical infrastructure, communications tools, and paying for terrorism-related training, Cassidy said, and since 9/11 interagency communications have improved.

Sullivan County Mayor Richard Venable said attending any event with a large crowd or mass gathering is one of the most obvious ways to be reminded of the lasting changes of 9/11.

Venable said he hopes the 20th anniversary of 9/11 will remind the public to be alert to anything unusual and the need to report it.