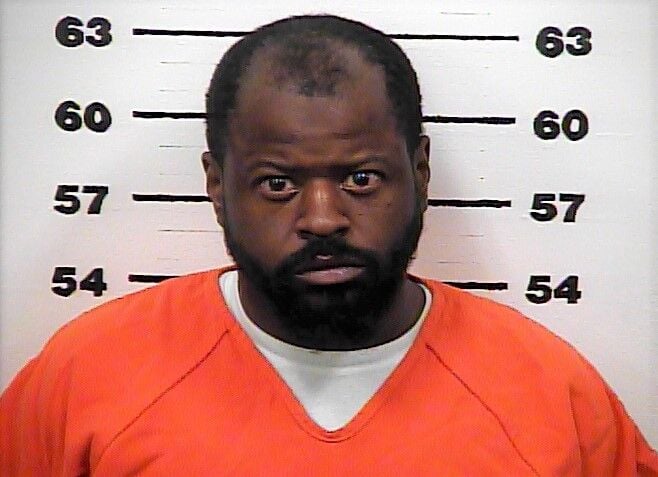 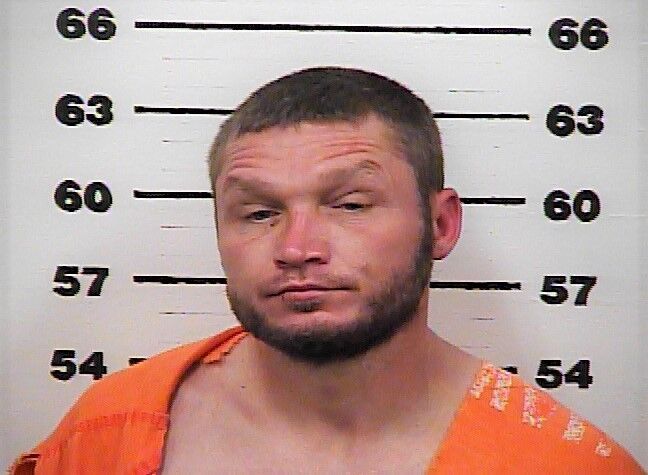 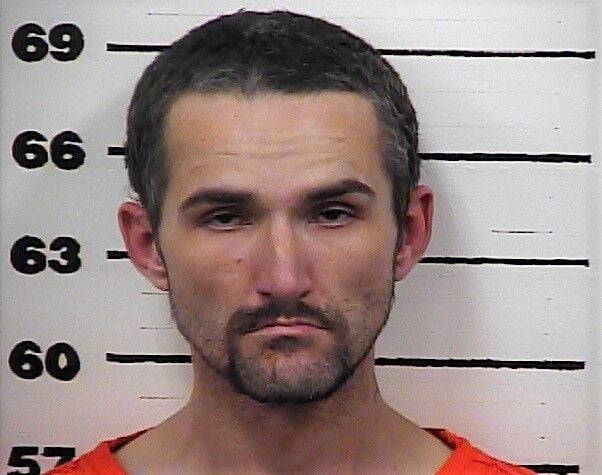 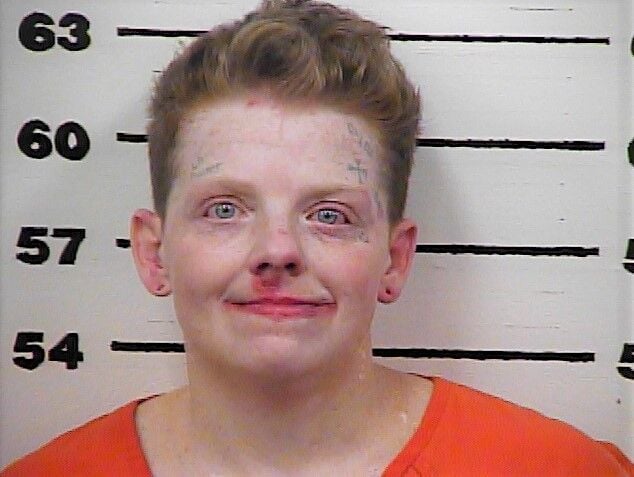 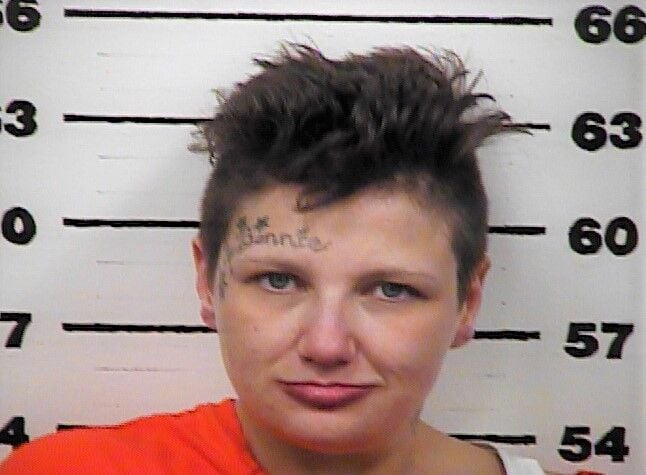 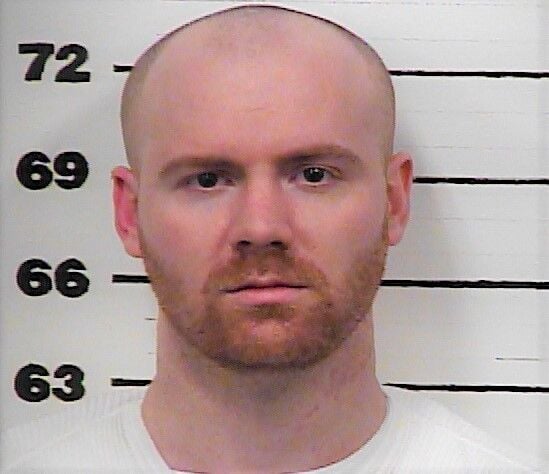 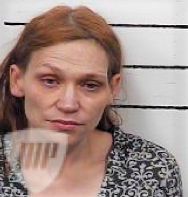 KINGSPORT — A Kingsport man who was allegedly found in possession of 24.2 grams of meth during a Wednesday traffic stop for not wearing a seat belt reportedly pulled into the driveway of a stranger’s residence on Lewis Lane near Allandale after the deputy initiated the stop.

Hawkins County Sheriff’s Office Deputy Isaac Hutchins said Clinton Montague Fugate, 34, 138 Wanola Ave., Kingsport, then exited his vehicle and attempted to speak to the resident, who was sitting on his porch.

Upon speaking to Fugate, Hutchins allegedly detected a strong odor of marijuana coming from the 2004 Pontiac Vibe he was driving. Fugate allegedly stated there wasn’t anything illegal in the vehicle, but Fugate’s passenger admitted they had been “smoking some grass” and that there was a “small blunt” in the vehicle.

Upon searching the vehicle, Hutchins allegedly located 24.2 grams of meth in a baggy on the floorboard as well as 20 capsules identified as amphetamine.

Jonathan Martin McCloud, 37, 1473 Carters Valley Road, Surgoinsville, was arrested on Feb. 27 and charged with three counts of assault on an officer, possession of a handgun by an intoxicated person, resisting arrest, DUI and violation of the implied consent law after he allegedly drove off the road and got stuck, failed a sobriety test and then fought officers who tried to arrest him.

Upon his arrival at the accident scene, HCSO Cpl. Michael Allen reportedly observed McCloud to be “agitated and fidgety” and “speaking very fast and slurred.” McCloud reportedly said he had been driving on Dykes Road and didn’t realize the Goshen Valley Road intersection was there when he drove off the road and down an embankment.

When McCloud was informed he was under arrest for DUI he allegedly replied, “The hell I am” and tried to run through Deputy Kameron Lewis, who tackled McCloud and took him to the muddy ground. McCloud then reportedly “squirmed” away from officers in the mud and ran into a marshy pond area where he attempted to fight Allen, Lewis and Church Hill Police Department Officer Chad Gillenwater before being subdued. A loaded handgun was found in his vehicle.

Brandon Timothy Grills, 34, 424 Carters Valley Road, Rogersville, was arrested on Feb. 28 and charged with theft over $1,000 and possession of a handgun by a convicted felon after he allegedly took a .44 magnum from a Surgoinsville man whose home he was visiting.

The victim stated that his girlfriend, Amber Lynn Jackson, 31, of Blountville; Katrina Marie Gardner, 34, of Church Hill; and Grills had been hanging out at his house for several hours that day when Grills picked up his pistol and walked out on the porch. A few minutes later, Jackson said they were going to the store, and the three left with the gun and a baseball bat.

The victim stated he messaged them several times to bring back his gun, but they didn’t respond and he called police. The three were located during a traffic stop near the Holston Valley Medical Center emergency room, and the gun and bat were located in the vehicle. Gardner and Jackson were each charged with possession of a handgun by a convicted felon, and Jackson was also charged with theft

Michael Blake Dobbs, 31, 113 Pinecrest Road, Church Hill, was arrested on Feb. 26 and charged with aggravated assault stemming from an incident that occurred on Dec. 15 when he allegedly pulled a knife on an apartment complex maintenance worker when confronted about using the Dumpster there.

A maintenance worker for Stoney Brook Apartments reportedly told CHPD Officer Will Mullins he confronted a man driving a black Toyota pickup — later identified as Dobbs — who had exited his vehicle and was about to put garbage in the trash bin.

Dobbs reportedly stated he was dumping trash for a friend, and when the maintenance worker asked which apartment his friend lived in, Dobbs allegedly became angry, pulled a hunting knife from his side, pointed it at the victim’s chin and stated, “I will kill you right now.” Mullins said an independent witness reportedly saw the incident and called police, and Dobbs was picked from a lineup.

Raymond Lee Vanderpool, 45, 617 Plantation Road, Kingsport, was arrested on Feb. 25 and charged with felony evading arrest, meth possession, possession of drug paraphernalia, driving on a revoked license, no insurance and other traffic charges after he allegedly fled a traffic stop and then endangered an elderly female passenger by letting her out of a moving vehicle in a parking lot while fleeing police.

Mount Carmel Police Department Officer Hunter Jones reportedly observed a Chevrolet SUV fail to stop for a stop sign on Kaywood Avenue at the 11-W intersection and make an illegal lane choice on the turn. The driver, Vanderpool, also wasn’t wearing a seat belt. When Jones initiated a traffic stop, Vanderpool pulled into the Weigel’s parking lot, where he refused to stop and accelerated toward the parking lot entrance.

When an elderly woman attempted to exit the moving vehicle from the back seat door, Jones feared she would be dragged under the vehicle and moved his patrol car to block the SUV, after which he held Vanderpool at gunpoint until other officers could arrive.

Front seat passenger Tara Marie Derhart, 36, of Watauga, Tennessee, said Vanderpool gave her a bag to hide that was found to contain a half gram of meth and a loaded syringe, among other items.

Derhart was found to be wanted on a fugitive from justice warrant in Scott County, Virginia.