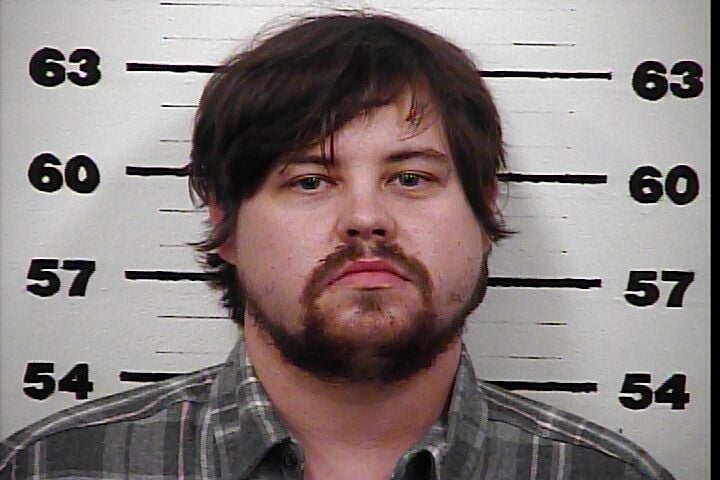 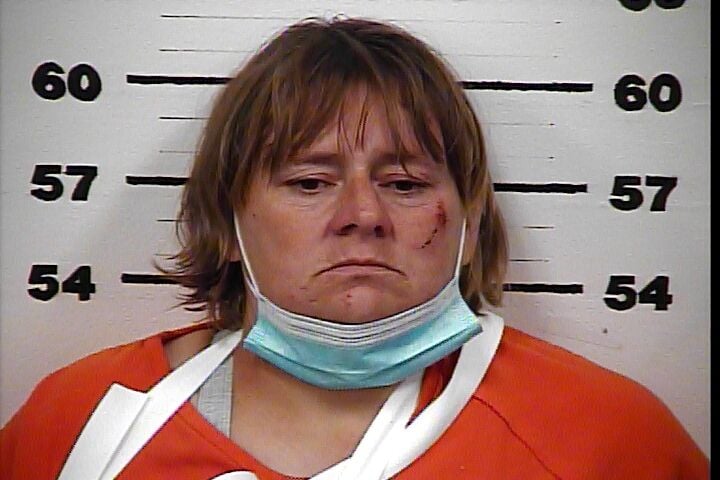 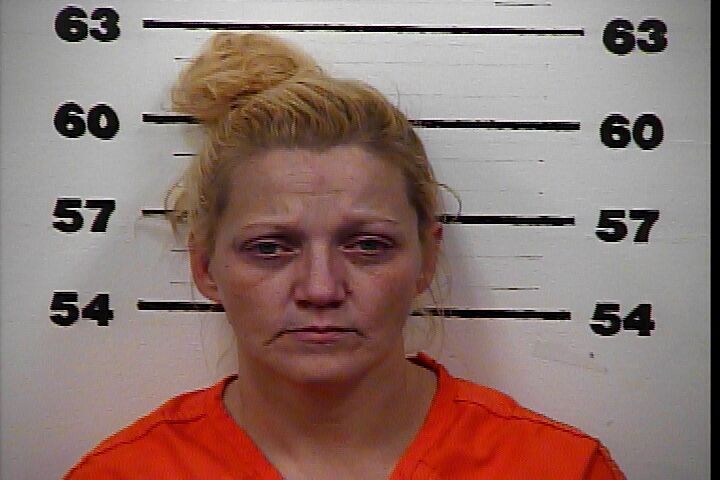 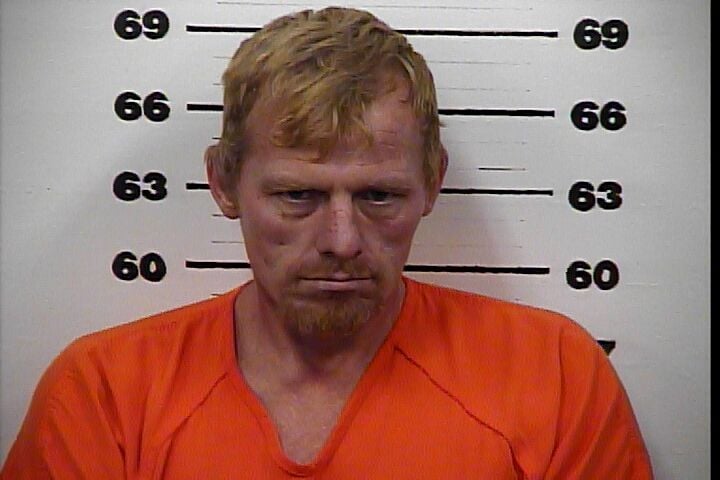 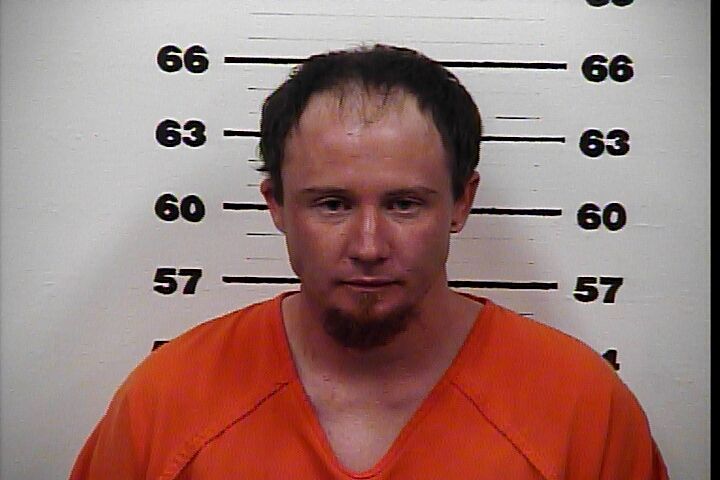 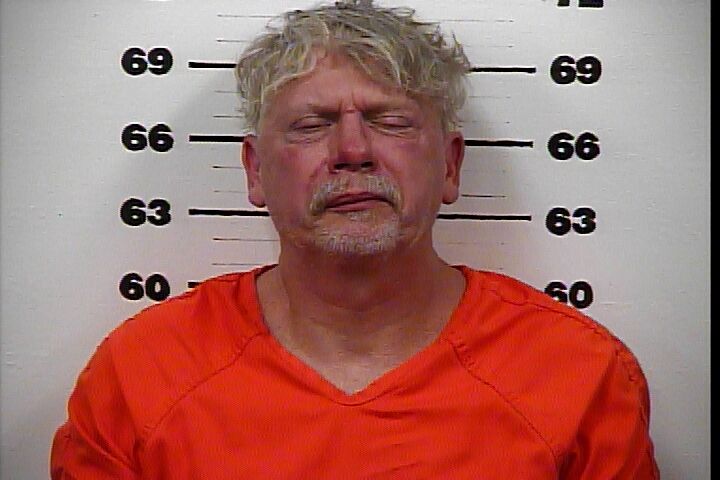 SURGOINSVILLE — A Greeneville man who allegedly crashed into another vehicle at a Surgoinsville intersection earlier this month, seriously injuring a passenger in the other car, was later arrested after fleeing the scene of the crash.

On the afternoon of Oct. 2 Hawkins County Sheriff’s Office Deputy Mike Allen was dispatched to a two-vehicle crash at the intersection of Phipps Bend Road and Main Street in Surgoinsville.

In-car video from a witness reportedly showed a vehicle containing a man and his mother stop at the stop sign for approximately five seconds before attempting to cross the intersection.

Allen stated in his report that a vehicle driven by Travis Aaron Anderson, 29, of Greeneville, can be seen on video entering the intersection and striking the right rear of the first vehicle. Anderson then fled the scene without stopping, traveling north on Phipps Bend Road.

The mother was transported to Holston Valley Medical Center with shoulder pain. Allen stated in his report he was later informed that she is scheduled for shoulder surgery on Nov. 4.

On Oct. 5, Allen located a vehicle at a plant in the Phipps Bend Industrial Park matching the description of the suspect vehicle and the damage. Anderson, who owns the vehicle, reportedly gave Allen a statement admitting that he was involved in the accident.

On Oct. 9, Anderson was formally charged with leaving the scene of an accident with injury, failure to yield and failure to render aid. He was arraigned Wednesday and released on $1,500 bond pending a Sessions Court appearance scheduled for Dec. 16.

Robin Jeanette Craig, 43, 262 Highway 11-E, Bulls Gap, was arrested on Oct. 9 and charged with false imprisonment, domestic assault and resisting arrest after she allegedly drove off with her husband hanging halfway out her vehicle when he refused to pray with her.

The husband reportedly told Deputy Dustin Winter he and his wife argued when he wouldn’t pray. Mrs. Craig was going to drive her husband to work, but as he was getting into the car he decided he didn’t want to ride with her because he was afraid she would hurt him.

Mrs. Craig then allegedly hit the gas with the victim hanging halfway out the car and refused to stop and let him out. Winter stated in his report that when she stopped at a red light, he tried to exit the vehicle, and she scratched him trying to hold him in before he escaped. Winter said Mrs. Craig refused to cooperate during her arrest, and she suffered a dislocated shoulder when he took her to the ground.

Shenessa Leigh Lawson, 37, 8941 Route 66-N, Sneedville, was arrested on Oct. 14 and charged with four counts of drug possession, introduction of contraband into the jail and possession of drug paraphernalia after syringes and drugs were located during a traffic stop, and later a jail officer allegedly found pills in her bra.

Lawson was riding in a Honda Civic driven by her husband, Billy Roy Lawson, 40, who was spotted by Deputy Dustin Winter traveling on Clinch Valley Road. When Lawson pulled into the Clinch Valley VFD parking lot, Winter pulled in behind them and spoke to the couple.

After receiving consent to search, Winter allegedly located syringes containing blood and an orange substance identified as Suboxone, as well as the pills and a small amount of marijuana. Mr. Lawson was charged with driving on a suspended license, possession of drug paraphernalia, and he was also wanted for failure to appear.

Jonathan Dale Clark, 30, 225 Lucy Road, Kingsport, was arrested on Oct. 11 and charged with vandalism and public intoxication after he was found walking down the road covered in broken glass after allegedly breaking out the windows of a van he was using with his girlfriend on H.E. Goan Road.

Deputy Dustin Winter responded to a report of a domestic assault at a dark colored van on Speedwell Road, but by the time he arrived the couple and van were gone. Winter later located the girlfriend on H.E. Goan Road, and she said she was with Clark but he hadn’t assaulted her. Winter then located Clark, who was bleeding and covered with broken glass and was “hallucinating and rambling” and appeared to be under the influence of a stimulant narcotic.

A short distance away, Winter located the van that had windows broken out and doors damaged and dismantled. The owner of the van stated she would press charges for vandalism.

The wife told Deputy Kyle Shively her husband assumed she was cheating on him and argued with them, and then she pushed her down, causing injury to her knee. Wells was leaving the driveway in a pickup as deputies arrived, but he came back while deputies were still there and was arrested. Witnesses said Wells began punching himself in the face before leaving the residence.

Wells was allegedly under the influence of alcohol and found in possession of a .22 caliber handgun in his pickup. He admitted to having a felony conviction in Utah.