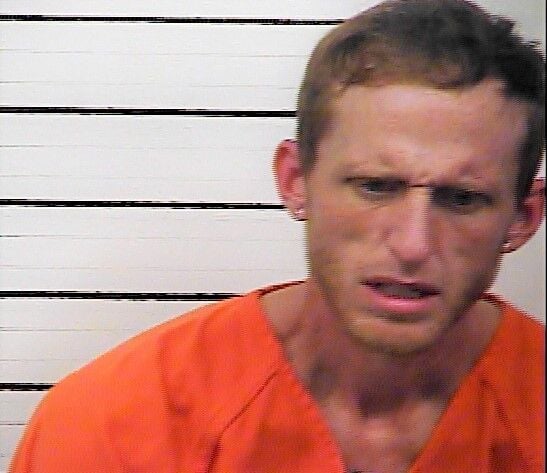 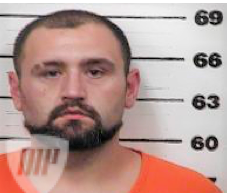 ROGERSVILLE — A Hawkins County man was who named in a sealed grand jury indictment last month accused of sexually assaulting a 6-year-old girl was served with that warrant Sunday following his arrest for possession of a firearm by a convicted felon.

On July 1, Hawkins County Sheriff’s Office Deputy Daniel Desormeaux responded to a open 911 line at a Hawkins County residence, where he met the child’s parents.

The child’s mother stated that the child told her that someone had hurt her.

The child was allegedly referring to Jeremy Blake Wilt, 36, 1206 McKinney Ave., Rogersville, who was staying with that family during the previous weeks.

At the time, the case was referred to the HCSO Detective’s Division and the Department of Children’s Services for further investigation.

On Oct. 1, the Hawkins County grand jury returned a sealed indictment against Wilt charging him with one count of aggravated sexual battery, a Class B felony punishable by 8-12 years if convicted.

Wilt was wanted on that sealed indictment warrant Sunday when he crossed paths with the HCSO responding to a domestic complaint.

Around 5:14 p.m. Sunday, Desormeaux responded to a possible domestic dispute involving a male possibly threatening a female with a firearm in the yard of a residence on Mitchell Loop near Rogersville.

Upon his arrival Desormeaux reportedly observed two males in the front seats of a Kia Optima facing him in the road.

Those males were Wilt, in the driver’s seat, and Justin Keith Stapleton, 31, 255 Guntown Road, Rogersville, in the passenger seat.

Desormeaux reportedly observed the men fumbling with something below his line of sight. After they’d been taken into custody, Wilt admitted there was a gun in the car.

Wilt, who was convicted of aggravated burglary in 2008, was additionally charged with being a felon in possession of a firearm and failure to appear on multiple driving charges, including driving on a revoked license from a Sept. 9 arrest.

As of Monday, he was being held in the Hawkins County Jail without bond.

As of Monday, Stapleton was being held in the Hawkins County Jail on $5,000 bond.

Hawkins man indicted on two counts of rape of a child

Kingsport man gets 16 years for sexual battery against two children

ROGERSVILLE — A Bean Station man who lately was living in Alabama was named in a sealed Hawkins County grand jury indictment in August, accuse…

Many people didn't want to believe Calendine was guilty

This article is a side bar to: Rogersville pediatrician pleads guilty in child sex case, sentence to 8 years