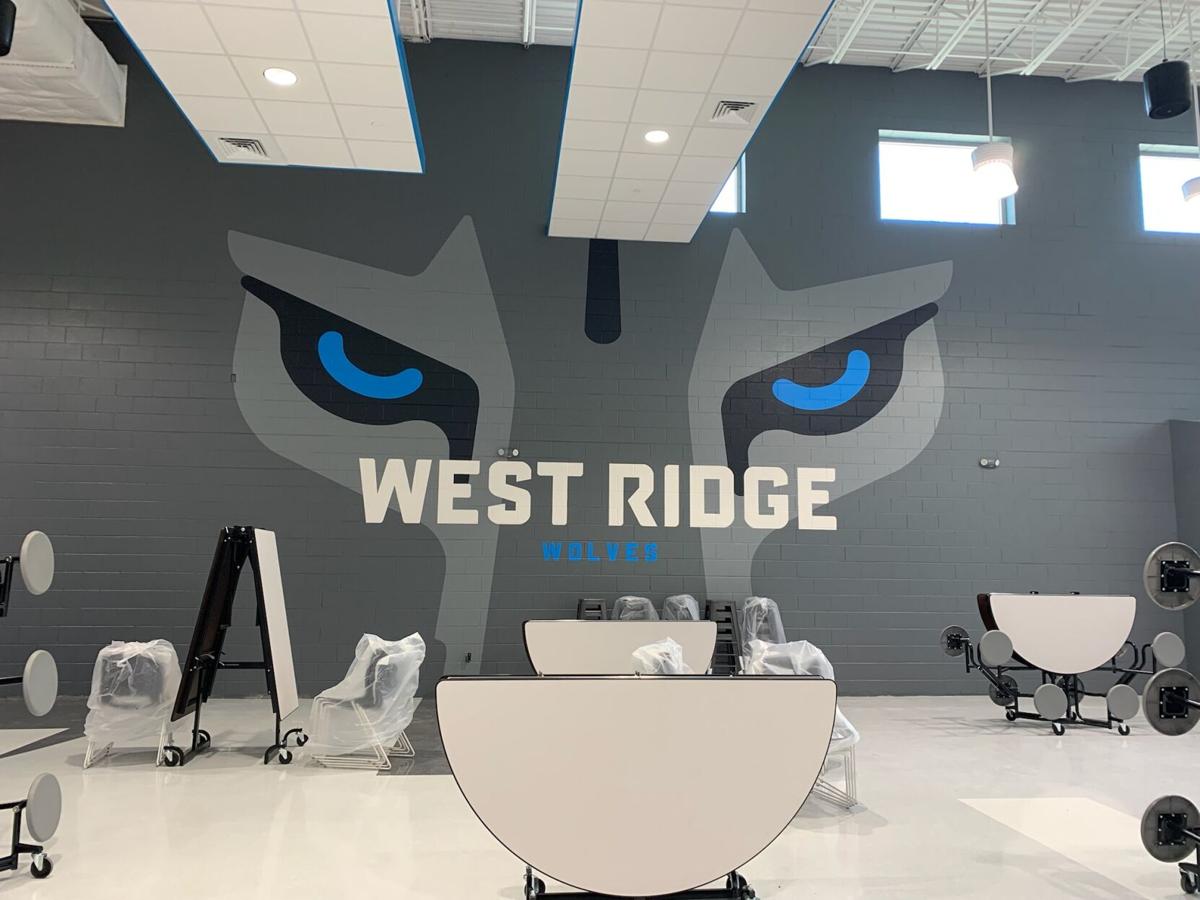 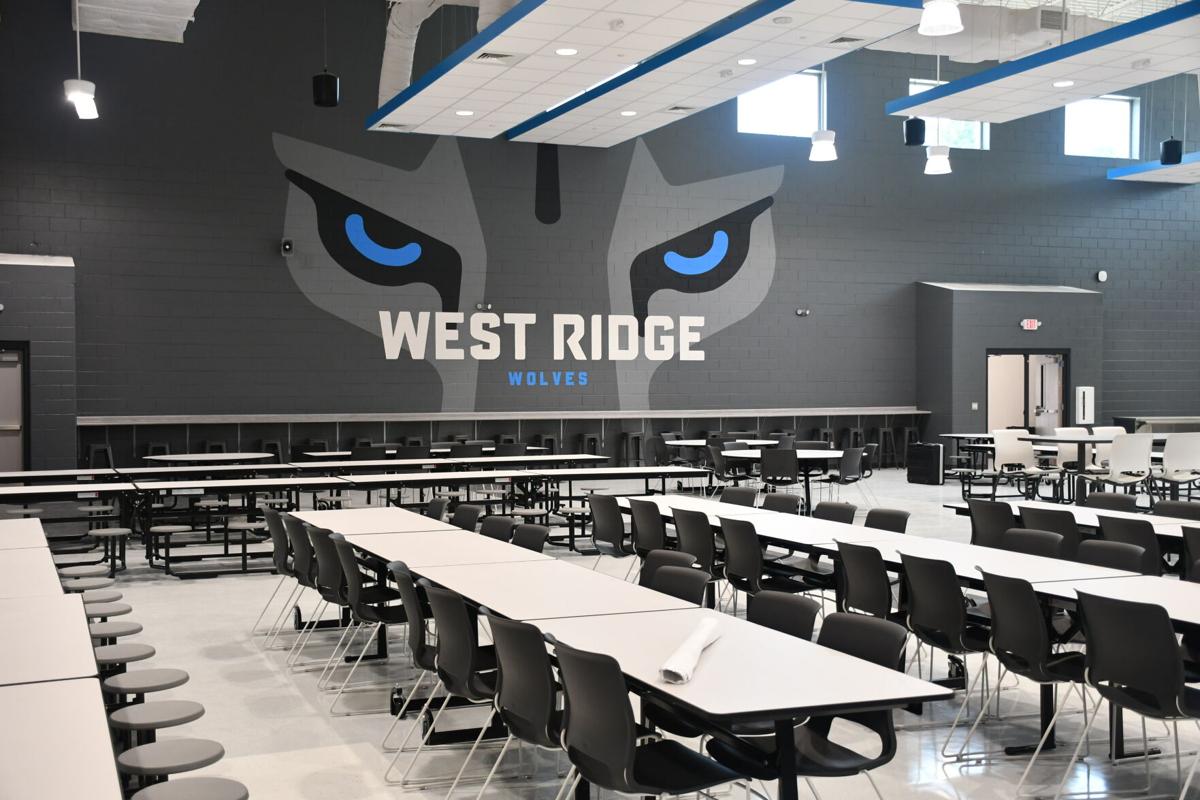 A wolf eyes mural looks over the West Ridge High School cafeteria, which will be open to students for breakfast and lunch starting on Monday. 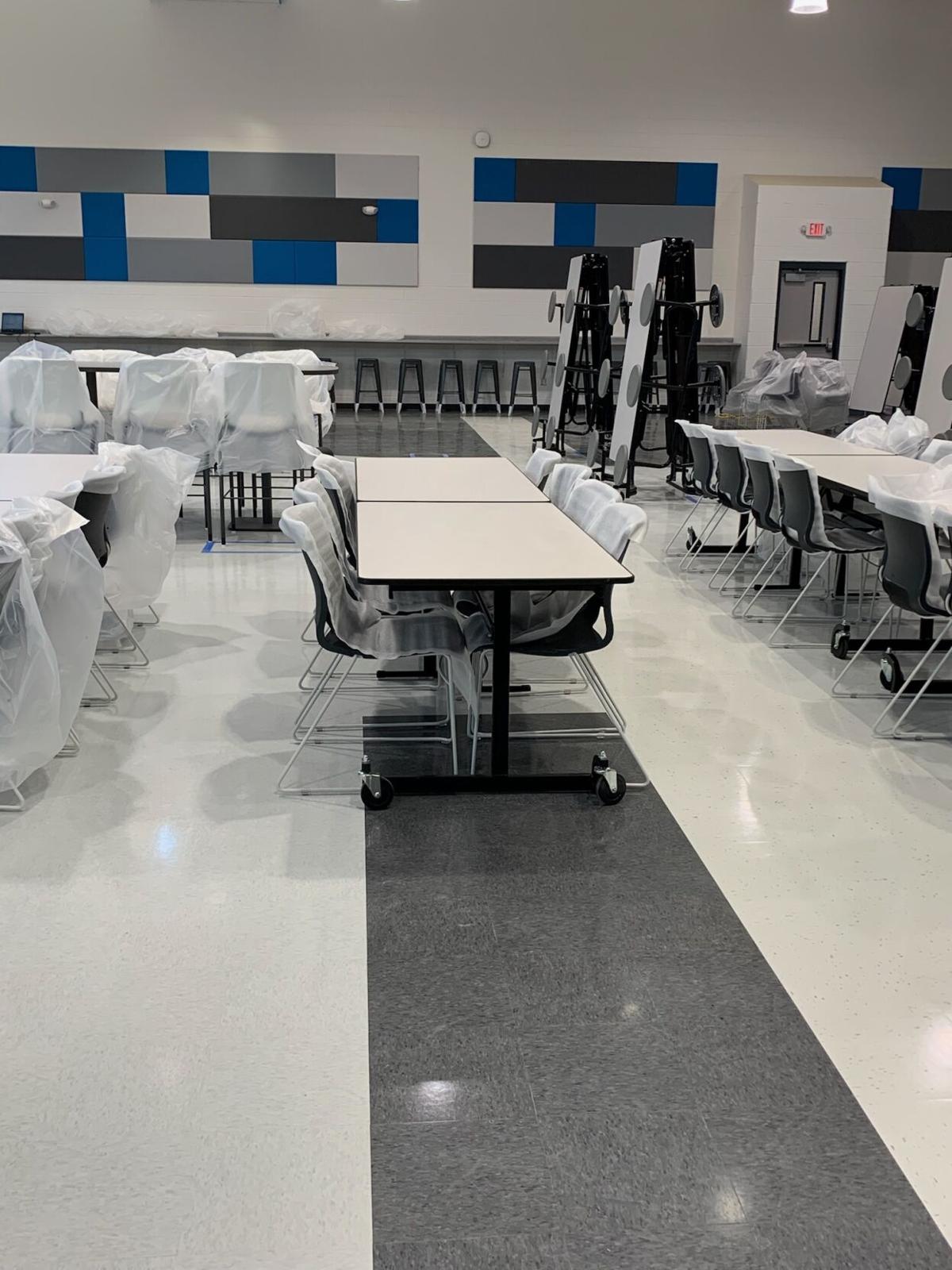 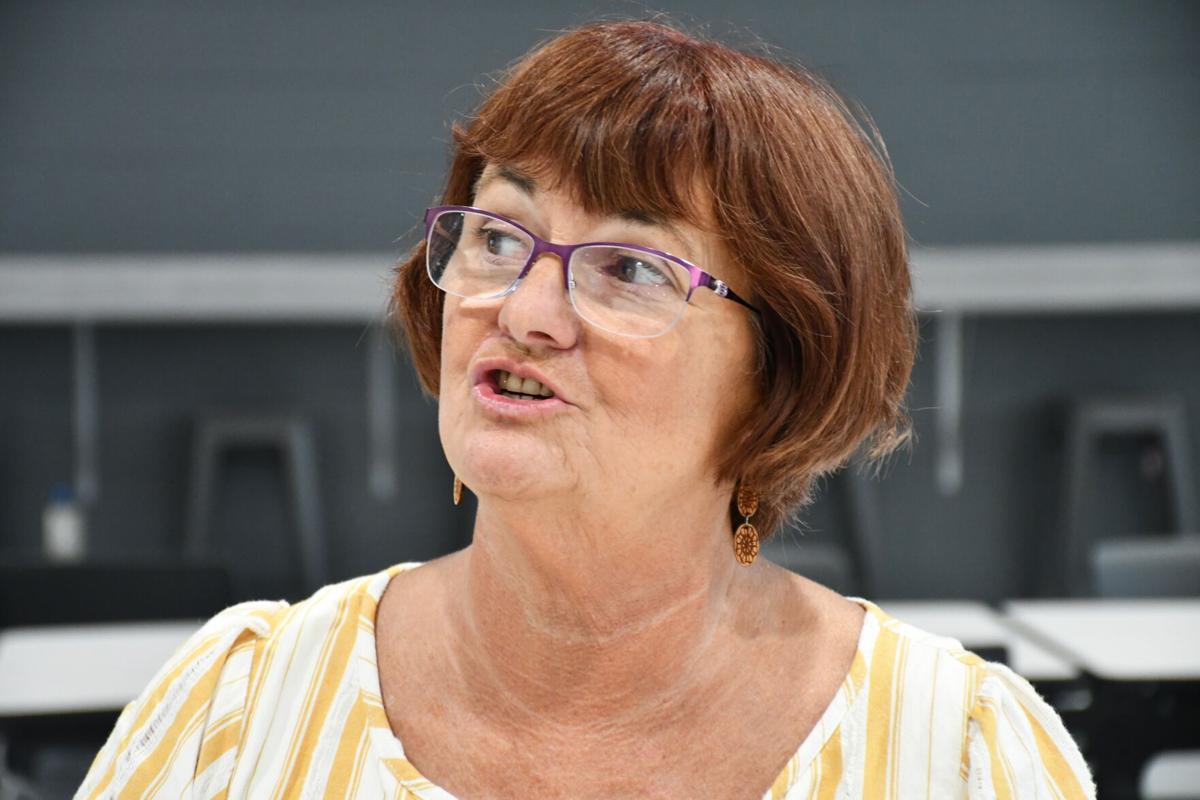 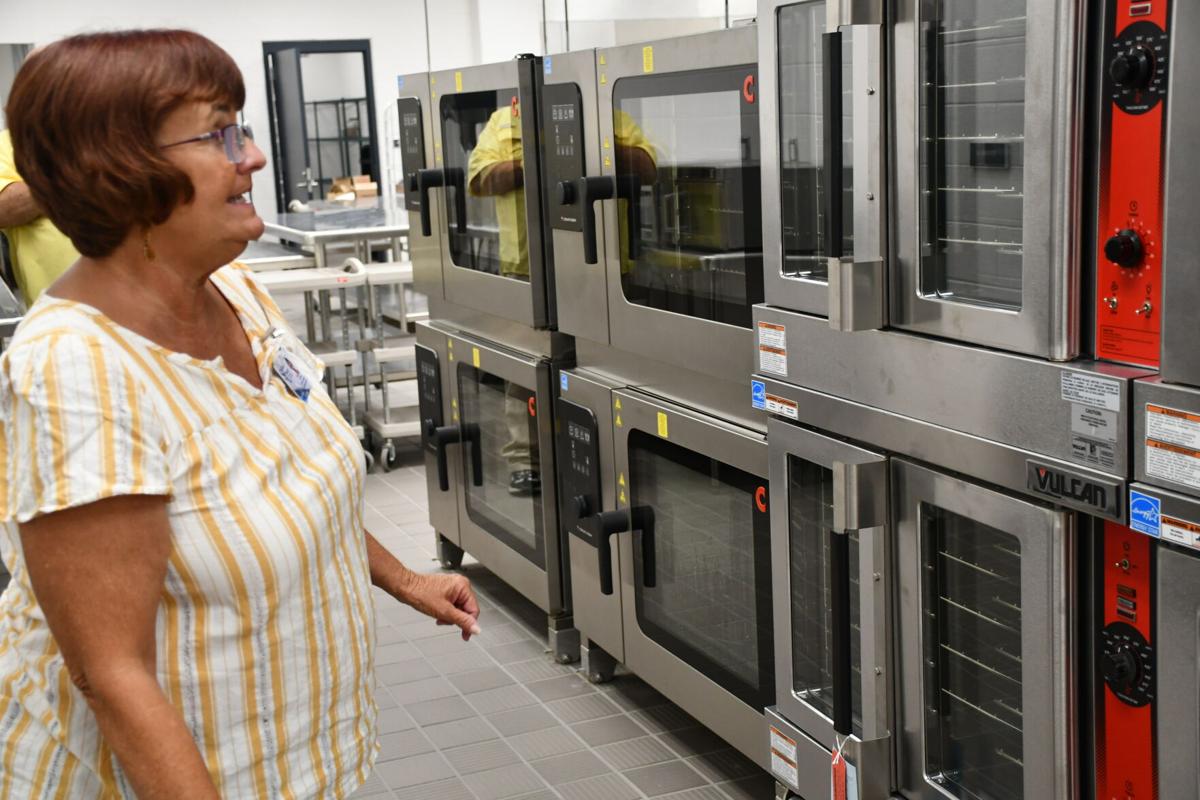 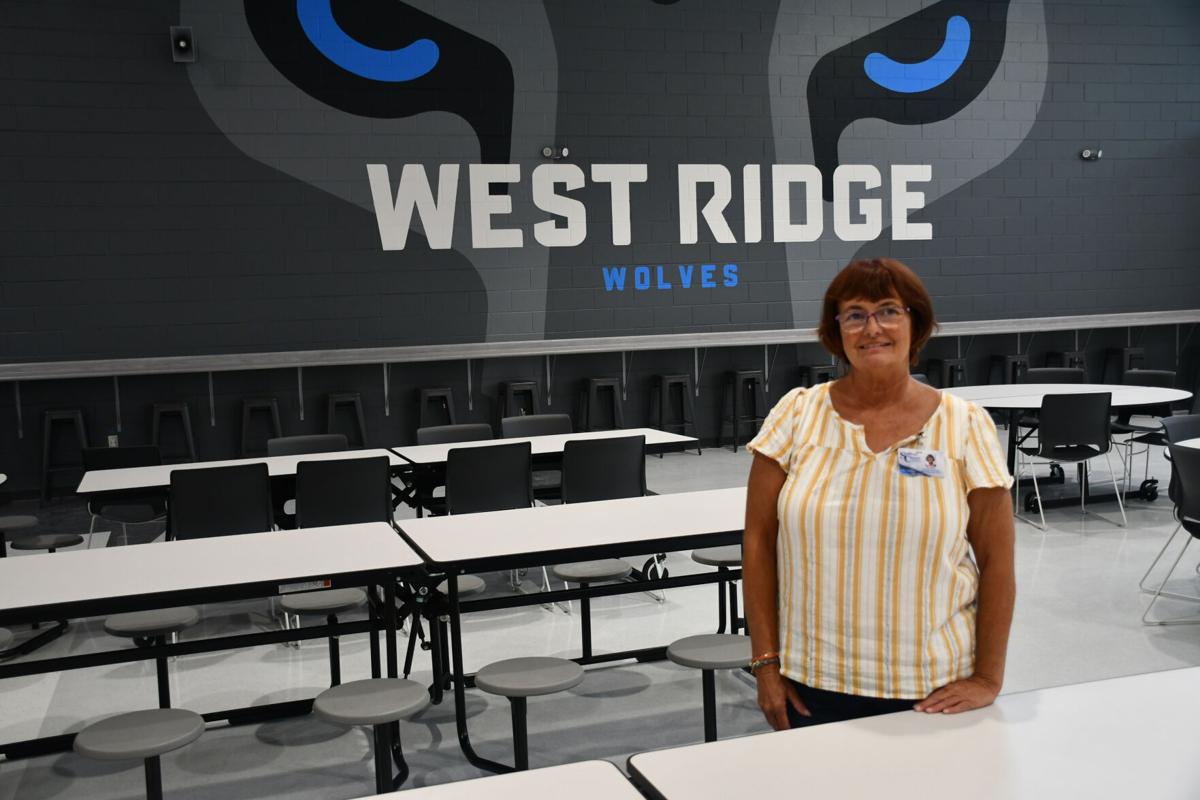 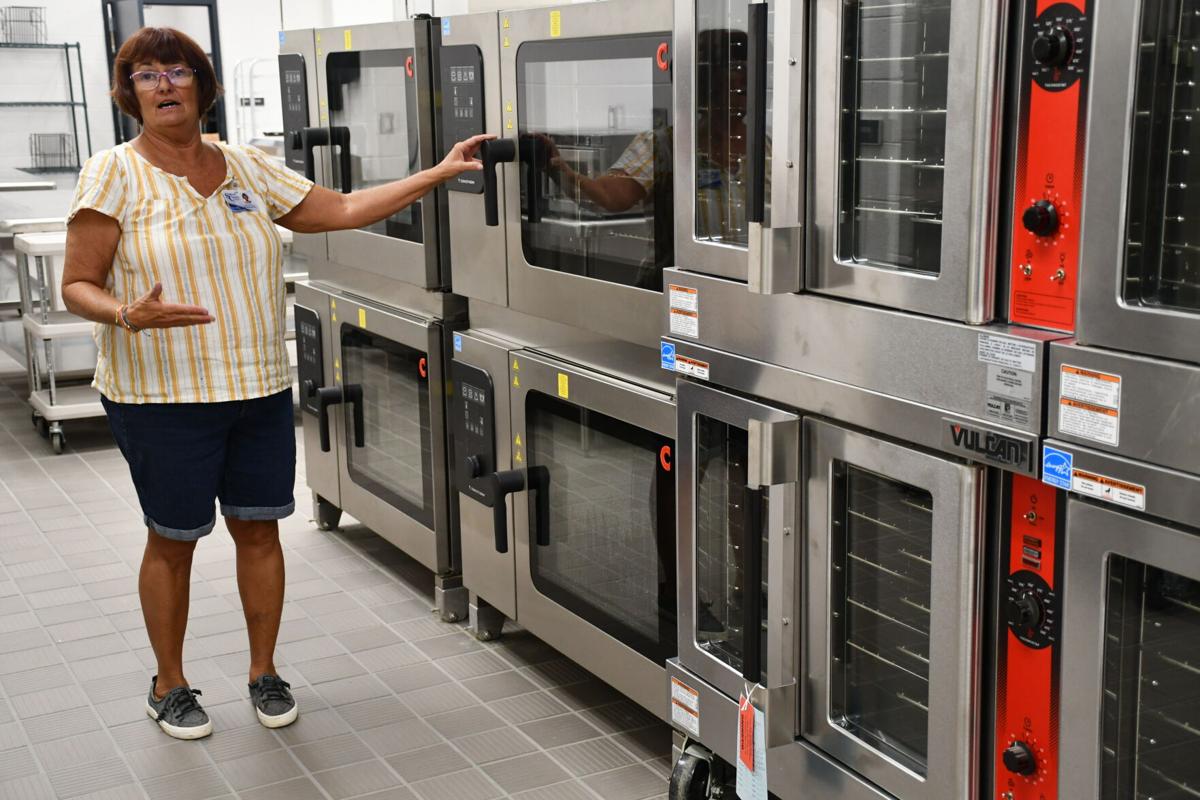 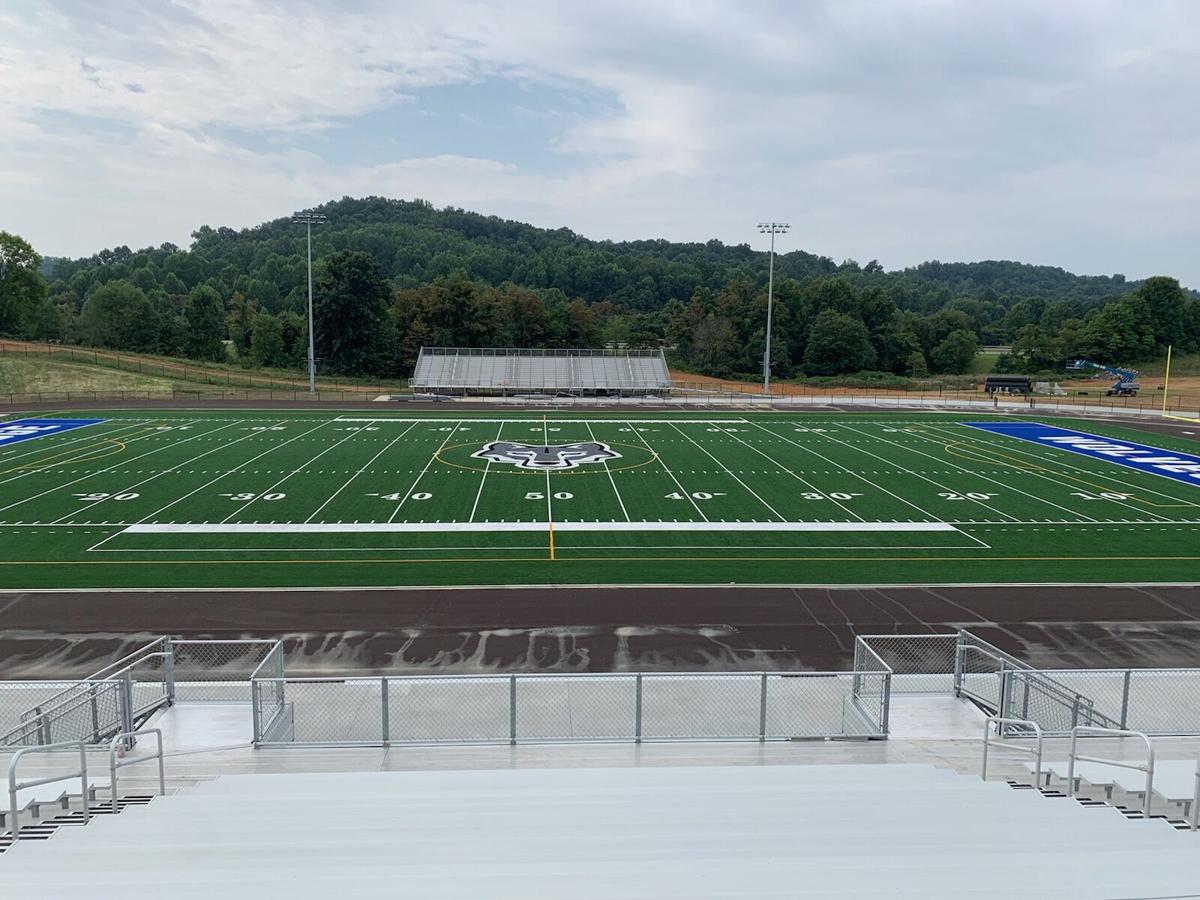 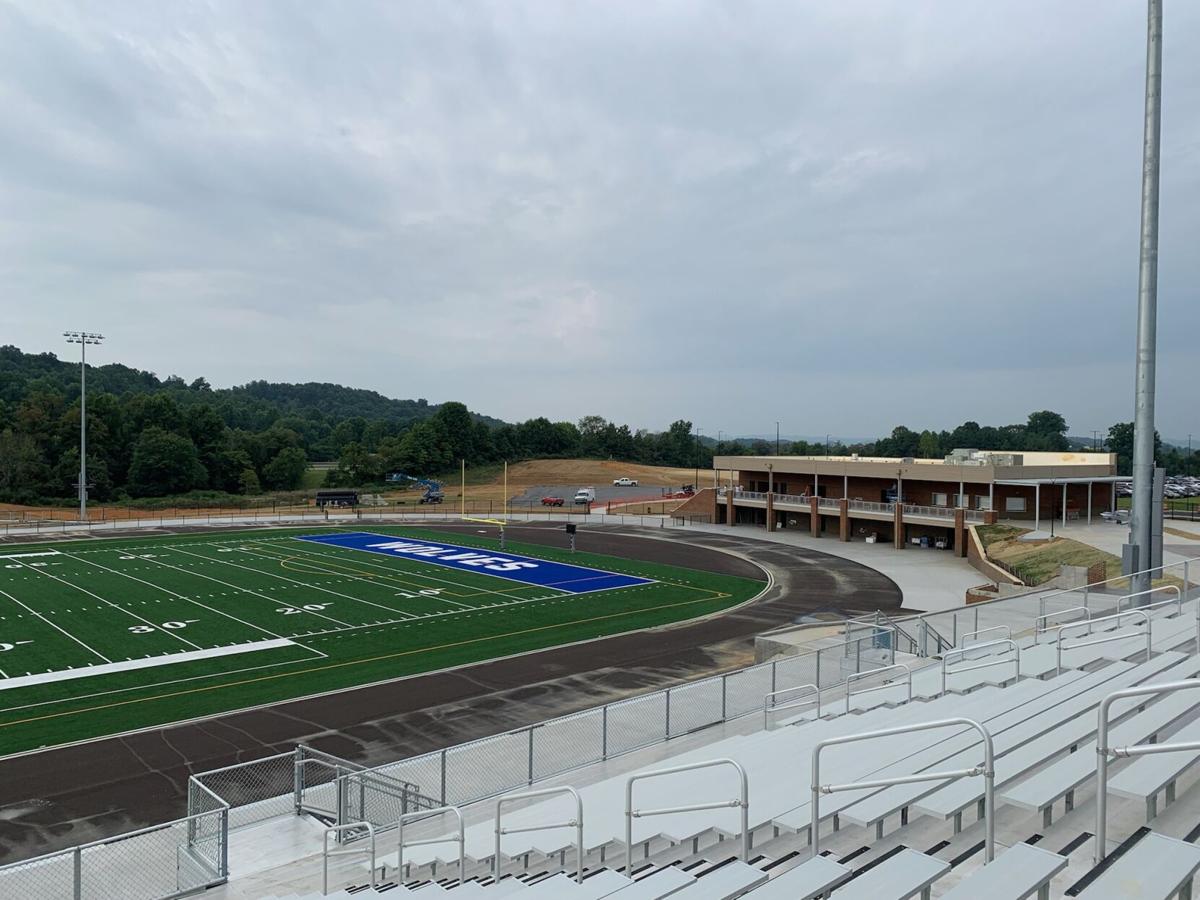 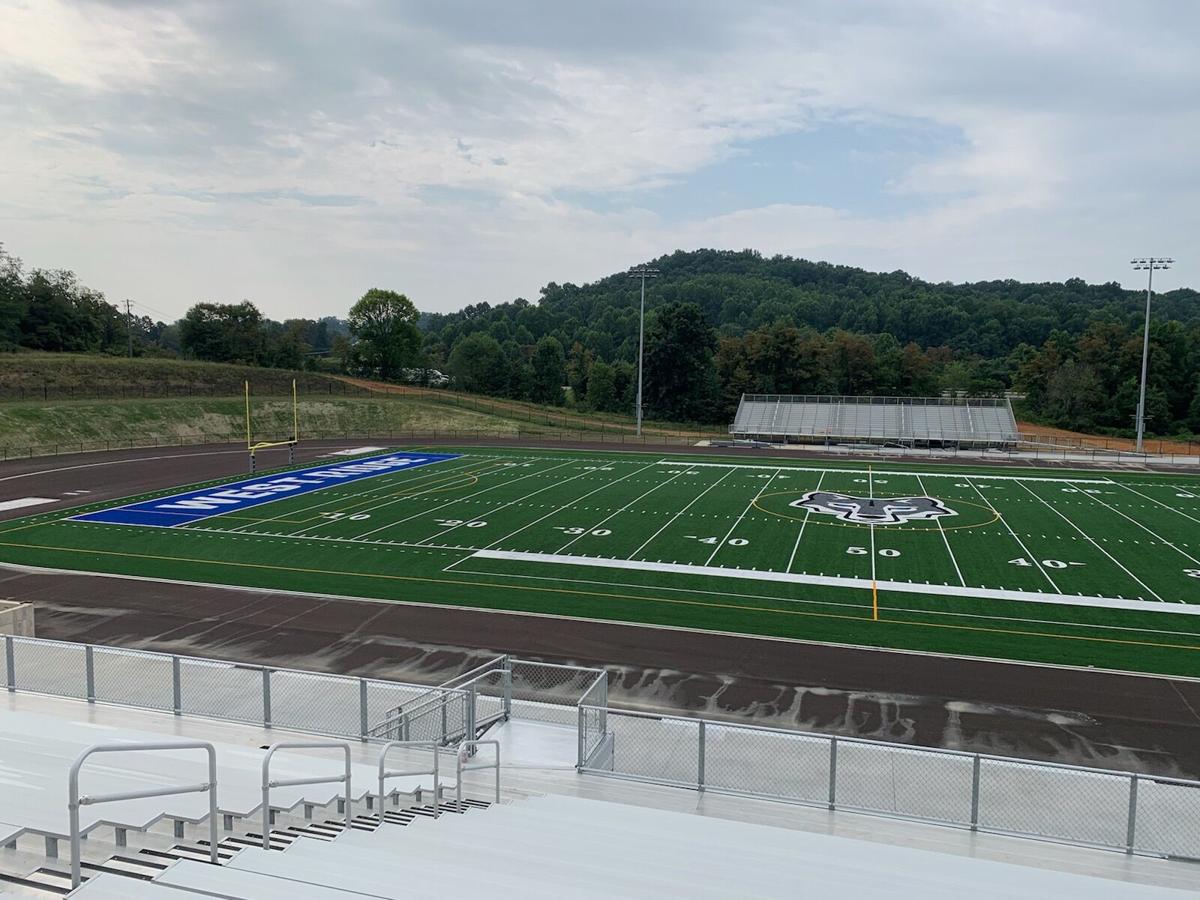 A wolf eyes mural looks over the West Ridge High School cafeteria, which will be open to students for breakfast and lunch starting on Monday.

BLOUNTVILLE — As West Ridge High School opens this week, the cafeteria staff will be feeding about 1,500 of an estimated 2,000 hungry Wolves by the time all attend at the same time on Friday.

In addition to the students, the cafeteria will serve however many of about 170 or so faculty and staff don’t pack lunches.

If you are wondering what it will take to feed high schoolers lunch, Cafeteria Manager Eva Mann said the projection is for about 600 pounds of french fries a day, which come in 20 frozen cases with six 5-pound bags each.

Put another way, 600 pounds of fries is 2,440 servings a day. Each student or other diner can get up to two servings of fries.

Other favorites to be offered are pizza and other Italian fare on one serving line; a cold line with things such as peanut butter and jelly and taco salads; and a chicken line with various forms of poultry, Mann said in an interview in the cafeteria on Wednesday.

Yet-to-arrive wall-mounted monitors, like those used in restaurants and fast-food establishments, will feature the day’s menus when they arrive and are installed in a few weeks, Mann said.

“Just about anything you want, you can find it,” Mann said.

Juniors and seniors will attend Monday and Wednesday, with freshmen and sophomores Tuesday and Thursday and then all four grade levels Friday.

WHO ARE THE LEADERS BEHIND SERVING LINE?

“I worked at all the high schools when I was subbing,” Mann said, adding that she worked for all schools in existence across the county two decades ago except for two.

After two years substituting, she worked at Ketron Middle (now an elementary) and (now closed) Kingsley Elementary before becoming manager of the (now closed) Cedar Grove Elementary. Nine years ago, she went to Blountville Elementary/Middle (which closed in May).

Anderson said the serving estimate, based on the 2020-21 school year, is that 75% of students will eat lunch daily. She said that is higher than pre-COVID-19 school years, but with free breakfasts and lunches continuing this academic year for all students, the percentage eating through food services likely will remain that high.

Mann said the projection for breakfast is more like 900 meals since many students who drive or ride with parents will stop for breakfast along the way.

“We projected at least 75%” will eat in the food services, Anderson said.

The size of the operation is more than twice as large as what Mann oversaw at Blountville Elementary/Middle with about 550 students eating lunch.

Anderson said the school system, which sometimes struggles to keep some positions filled because of the closure of other Sullivan County schools, was able to have all existing school nutrition jobs at West Ridge filled. However, the system is working to fill three newly created ones.

Two of the three murals in the school are in the eating areas, one of wolf eyes in the cafeteria and the other of a wolf shield in the Learning Commons, sort of a combination library and informal eating and meeting area for students.

Interim Director of Schools Evelyn Rafalowski and Anderson said the food services and culinary arts programs at West Ridge will be intertwined and have almost all new equipment along with some gently used equipment purchased recently but moved from other schools to West Ridge.

In addition, Rafalowski said plans are to have a food bus — converted from a former school bus that reached its mileage limit for transporting students — at sporting and other events.

Rafalowski said the culinary arts classroom areas — in effect mostly a kitchen — will have a walk-in freezer and refrigerator, things that culinary arts at Sullivan North, Central and South high schools did not.

It also will have three gas cooktops with 18 eyes, a warming oven, hot and cold serving area, and access to the dish room used by the cafeteria’s school nutrition operation.

As for the main kitchen and culinary arts equipment, Anderson said of a sea of mostly stainless steel items, “most of it is brand new” — although a few recently purchased and lightly used pieces were moved from other schools.

“Everything is brand new except me,” Mann quipped in the kitchen while talking with reporters.

Mann said her favorite pieces of equipment are combo ovens, which she said are combination steam and convection ovens. However, Mann said she’s also happy with the new fryer — which will handle the 600 pounds of frozen fries a day.

Sullivan County Schools' newest school opened Monday and has an enrollment that has topped 2,000, Principal Josh Davis said Monday morning as students were called to homeroom and got oriented to the building and campus.