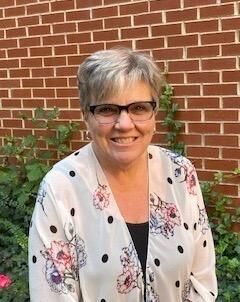 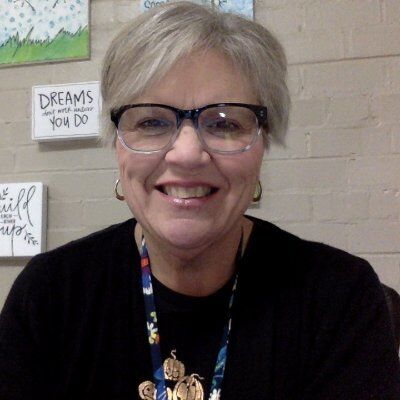 BLOUNTVILLE — Many future educators graduate college, get a teaching job, get married, have children and then move up to supervisory positions.

But that was not the order of things taken in the path of Bluff City Elementary Principal Cathy Nester, who became a bus driver for about two and a half years on her way to being a teacher.

The 1980 graduate of Sullivan Central High School, after attending Miller Perry Elementary and Colonial Heights Junior High, got a later start to her education career.

And it was funded in part by a job as a bus driver for the system in which she recently was promoted to supervisor of elementary curriculum and instruction. She earned her bachelor’s in K-12 education, specializing in K-4, at East Tennessee State University while driving a bus.

WHAT DROVE HER TO EDUCATION CAREER?

“I actually drove a school bus while I went back to school to become a teacher, not while I was teaching. I honestly can’t imagine driving a school bus before and after teaching,” said Nester, who is 59 and will make $90,377 a year in her new position.

She said she had gone to college earlier but wasn’t serious about it until she started studying to be a teacher after her children were in elementary school. She had worked at her church’s day care, Colonial Heights Christian, and developed an interest in teaching there.

“It was perfect. I’ve always believed God laid that right in my lap,” Nester said of her time behind a school bus steering wheel, suggested by a friend who drove a bus.

“My story goes like this, you see, I sort of went about things the hard way,” Nester said.

“Instead of starting my career, then marrying and having a family, I married first, then had two daughters, and then went to college when they were 5 and 6 years old. I needed to work but didn’t want to spend all of my time away from them,” Nester said.

“With me having college classes during the day while they were in school, driving a school bus offered me the perfect way to work part time while attending college classes and being a full-time mom. I drove the bus for Central High and Holston Elementary/Middle, a single-run route that actually went right by my house with K-12 students all on the bus at the same time.”

Her children rode the bus with her each day, which meant no child care expense, “and I even got to park the bus at my home.

“Every morning, I picked up my first student at a little past 6, dropped off at Holston then Central, brought the bus home and parked it, got in my car and drove to ETSU. The afternoon was a repeat in the opposite direction. I did that until I had to stop to student teach and then was fortunate enough to get a teaching position the next school year. It wasn’t the glamorous way to get there, but it worked for me.”

WHAT HAPPENED AFTER BUS DRIVING DAYS?

Nester became a kindergarten teacher at Holston Elementary in 1996, following her student teaching there, and after eight years went to fourth grade math for three years following by becoming an elementary math specialist or teacher coach for three years. In 2010, she became principal of Bluff City Elementary, a position posted by the school system but one she said she likely will keep along with her new job until the end of the school year in May.

Along the way, she also earned a master’s in early childhood development at ETSU in 2003 and an educational specialist from Lincoln Memorial University in 2007.

Now, she is moving into her next phase with the school system, taking a position most recently held by Robin McClellan, who took a job with the Tennessee Department of Education.

In the new position, Nester said she is continuing groundwork laid by McClellan to prepare for summer camps starting in June, along with middle school curriculum and instruction supervisor Billy Miller and others, to “try to make up some of the learning losses.” She also plans to work on reading, English/language arts and work to keep the new elementary Core Knowledge Language Arts (CKLA) going well systemwide.

Bluff City Elementary was in the pilot of CKLA and is one of four elementary schools piloting Eureka Math, which she said likely will be launched systemwide in all county elementary schools in a year or two. Nester said she wants to finish out the 2020-21 year with her students, faculty and staff at Bluff City Elementary, her 11th year at the school. But she looks forward to being a full-time central office supervisor.

“I am thrilled to be here and be a part of this team,” Nester told the school board remotely during its Thursday night meeting.