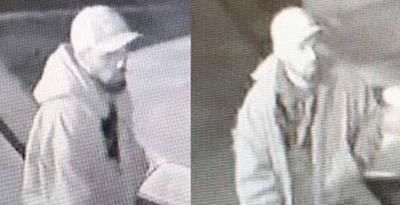 KINGSPORT — Kingsport police are searching for a man who stole more than $1,000 worth of tools from a truck parked at a local hotel.

According to a press release from the Kingsport Police Department, the auto burglary took place April 22 at the Quality Inn (3004 Bays Meadow Place). During the previous night, the tools were stolen from a guest’s truck parked in the parking lot.

The suspect is a white male driving a dark- colored, two-door sport coupe with a rear spoiler. Police say the vehicle could possibly be a 2000s model Toyota Celica.

If you wish to make an anonymous tip about the incident, or any other case, you can do so by going to the city’s website and filling out the “Citizen Feedback” form at the following link: www.kingsporttn.gov/city-services/police-department/contact-us.