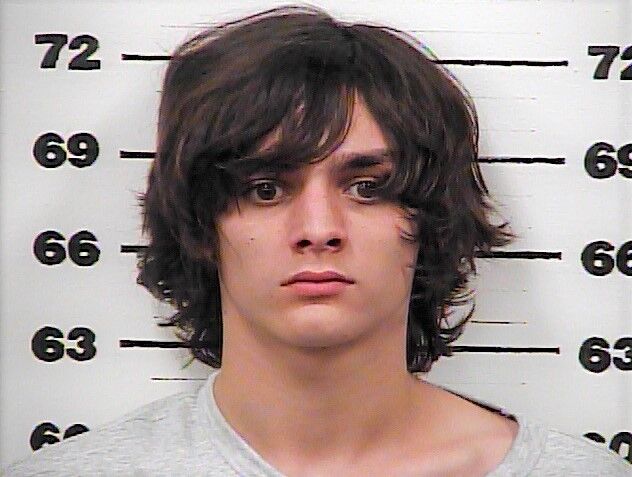 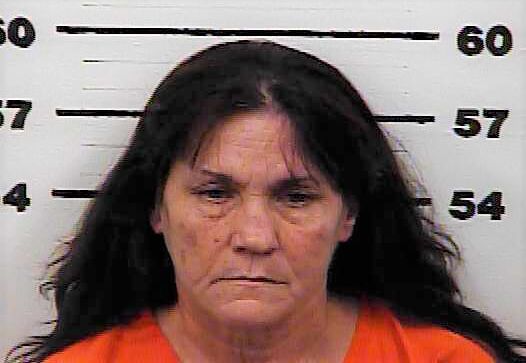 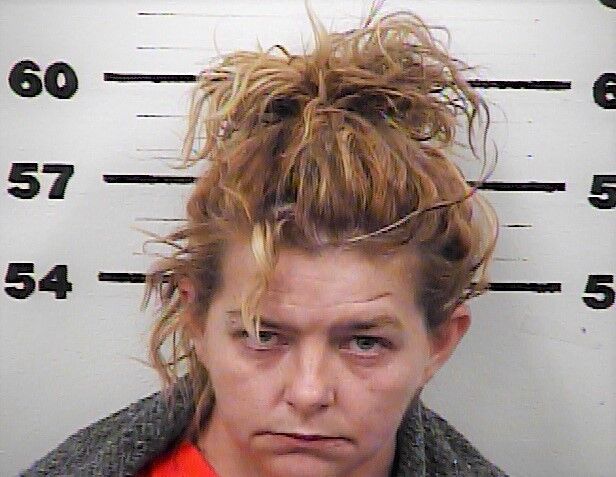 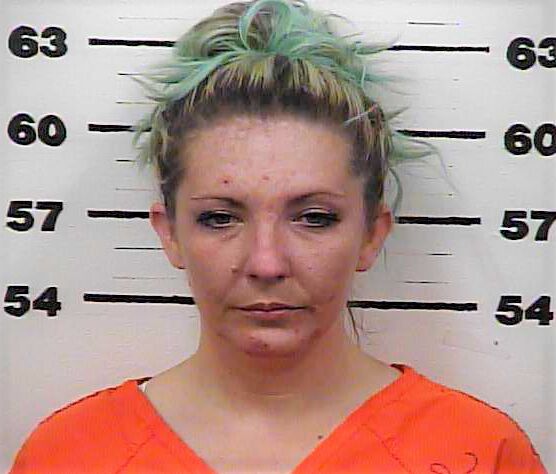 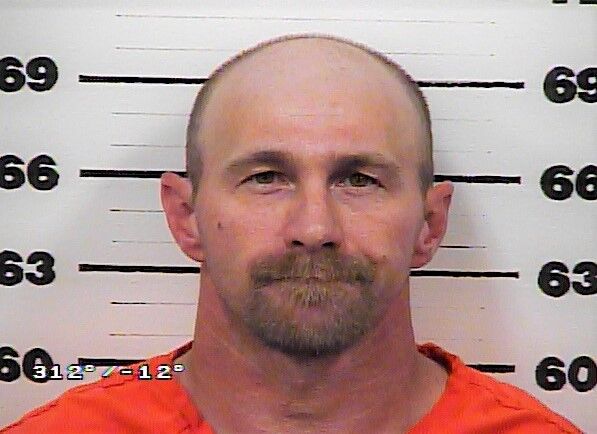 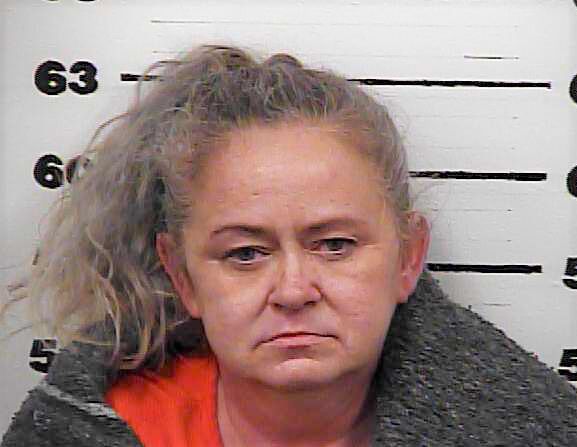 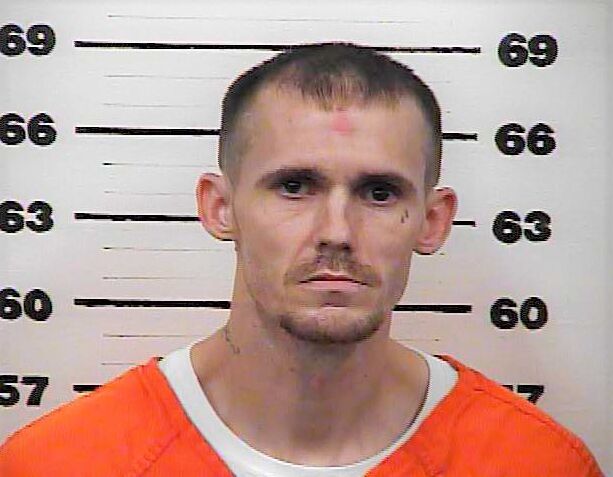 MOUNT CARMEL — A Hawkins County teen who allegedly beat a juvenile during a home invasion on Carters Valley Road Monday, and then later was accused of vandalizing a vehicle at a Mount Carmel residence, is facing several charges including burglary and felony theft.

Witnesses told Hawkins County Sheriff's Office Deputy Mike Allen that Dylan Gregory Herron, 18, 132 Pine Street, Church Hill, and two other males went to a residence on the 6000th block of Carters Valley Road Monday evening to collect a debt from a 17-year-old male for alcohol from the previous evening.

Herron allegedly demanded the money he was owed, as well as his wallet, which the juvenile had somehow acquired, although no information was released about those circumstances.

“(The juvenile) told him the police had his wallet,” Allen stated in his report. “Dylan then began punching (the juvenile) and took his Samsung tablet before running out of the house.”

The juvenile's grandmother arrived home in time to see the three juveniles running from her home across the yard and leaving the area in a gray van.

Later that evening MCPD Officers Josh Sawyer, Hunter Jones and Kenneth Light were dispatched to a residence on Dover Avenue near Inca Drive. A woman stated she went to the residence to return a fake $100 bill, although police didn't uncover the circumstances regarding the fake money.

While at the residence, the woman allegedly observed Herron and another juvenile vandalize her vehicle. When police arrived at the residence the juvenile claimed no one was there besides him. Upon searching the home police found Herron, who they knew to be wanted by the HCSO for the previous burglary/theft allegations, in a back bedroom.

Herron allegedly fled the house on foot and was taken into custody following a brief struggle near the Rub-A-Dub car wash. Herron was charged with burglary, theft over $1,000, theft over $1,000, assault, evading arrest and resisting arrest. As of Friday he was being held in Hawkins County Sessions Court on $25,000 bond pending arraignment set for Monday in Sessions Court.

Wanda Jean Wolfe, 57, 1010 Colonial Village, Rogersville, was arrested Oct. 17 and charged with aggravated burglary and assault after she allegedly entered her ex-boyfriend's residence and attacked the man's ex-wife.

HCSO Deputy Kyle Shively stated in his report that the man reportedly observed Wolf grab his ex-wife by the hair and begin striking her. Shively later found “tufts of hair” the same color as the ex-wife's at the doorway where wolf allegedly entered the residence.

The ex-wife also had cuts on the bridge of her nose, the side of her face and her right elbow. One of Wolf's sandals was found in the doorway inside the house, and the other was found in the yard.

Amanda Michelle Pearson, 41, 231 Poor Valley Road, Rogersville, was arrested on Oct. 20 and charged with possession of meth with intent to deliver, felony possession of drug paraphernalia, and two counts of simple drug possession after “12 baggies” were allegedly removed form her body cavity.

Pearson was the driver during a traffic stop for a seatbelt violation by Deputy Dustin Winter in which one of her passengers was wanted in Grainger County for failure to appear. Pearson allegedly admitted there was meth and pipes in the vehicle, and Winter allegedly located a wooden box that contained 1.6 grams of meth, two straws, a ml of THC oil, a pipe, a partial Suboxone pill, and a scale and a debit card with Pearson's name on it.

Pearson also allegedly admitted that she shoved baggies into her body cavity, and upon her arrival at jail 12 baggies were removed by jail officers.

Lauren Elizabeth Lady, 35, of Spring City, in Rhea County, was arrested on Oct. 18 and charged with theft, evading arrest and possession of drug paraphernalia after she allegedly attempted to walk out of the Rogersville Walmart with a cordless drill and charger.

Deputy Kyle Shively responded to Walmart that night to assist Rogersville police with a shoplifter. Upon his arrival Shively reportedly observed Lady walk out of the pharmacy side front entrance making “hand gestures” at loss prevention officer Mike Miskus.

When Lady noticed Shively she attempted to flee on foot in the other direction and was apprehended next to her vehicle. A search of her purse allegedly revealed her to be in possession of a stolen Hart drill with battery and charger, as well as a set of scales, torch lighter, straws and foil.

John William Roberts, 41, 155 Roberts Road, Rogersville, was arrested on Oct. 19 and charged with possession of meth with intent to deliver, tampering with evidence, possession of a firearm during commission of a felony, resisting arrest and simple possession of Lortab as a result of a traffic stop for crossed tags.

Deputy Stephanie Bolgenese, Cpl. Eric Pease and RPD Officer Cambren Gibson participated in the traffic stop, during which Roberts reportedly consented to a search. While Roberts was exiting the vehicle officers observed him chewing something and discovered he was attempting to swallow a baggy of meth of unspecified weight.

After officers forced Roberts to spit out the baggy they also allegedly found 4.5 Lortab pills in his pocket, as well as six bullets, two spent shells, and a Sentinel Deluxe .22 caliber revolver in the passenger seat.

Kimberly Stubblefield Hubmann, 50, 729 Webster Valley Road, Rogersville, was arrested Oct. 18 and charged with possession of meth with intent to deliver, two counts of simple possession (Buprenorphine and Clonazepam), filing a false report and possession of drug paraphernalia after deputies wen to her residence to serve a warrant on Kevin Dwayne Christian, 34, for furlough violation.

Cpl. Eric Pease stated in his report that Hubmann had been told by deputies on Oct. 6 she would be charged if she was discovered sheltering Christian. Christian allegedly fled the house on foot and was additionally charged with evading arrest.

Hubmann was retrieving her drivers license out of her purse when Pease allegedly observed a glass meth pipe. During a search of her purse deputies allegedly seized 0.6 grams of meth, as well as two pill crushers — one of which contained 7.5 Buprenorphine and the other contained five Clonazapam.