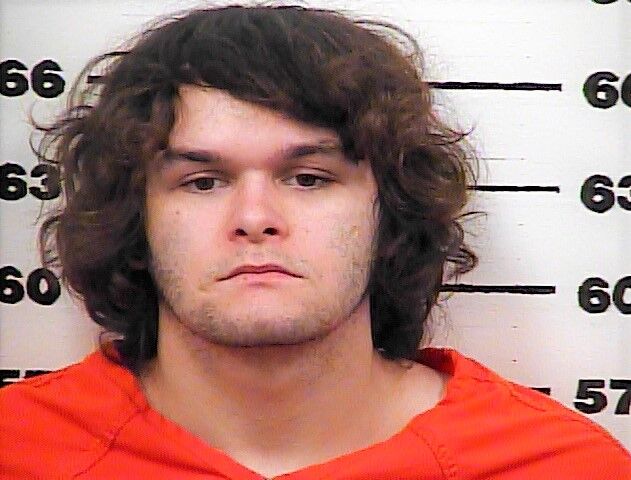 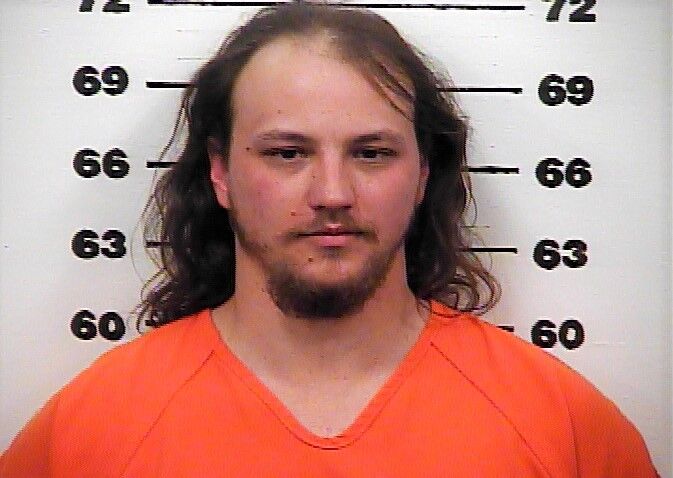 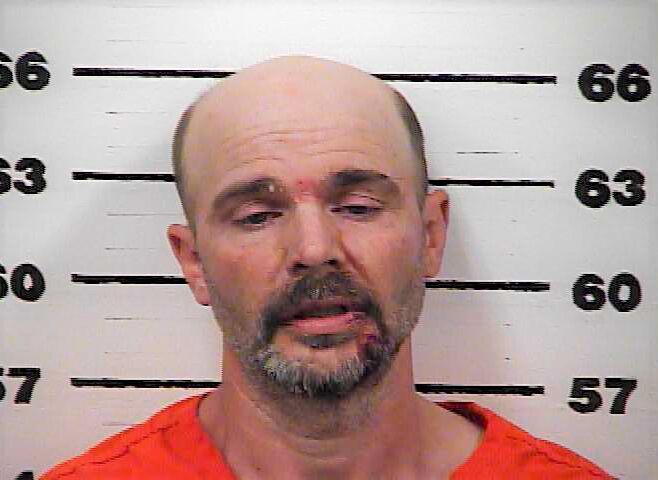 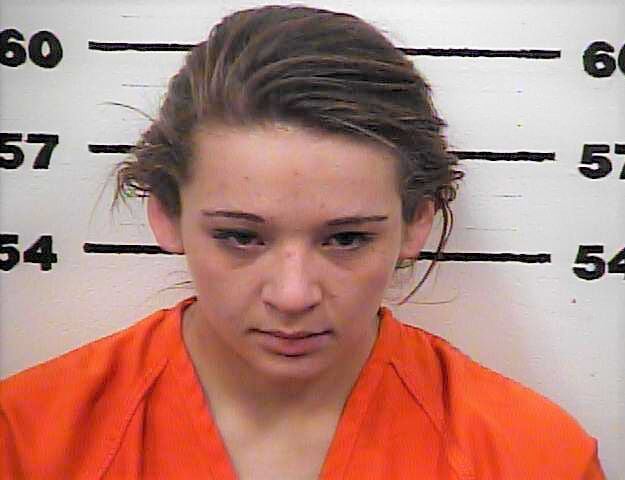 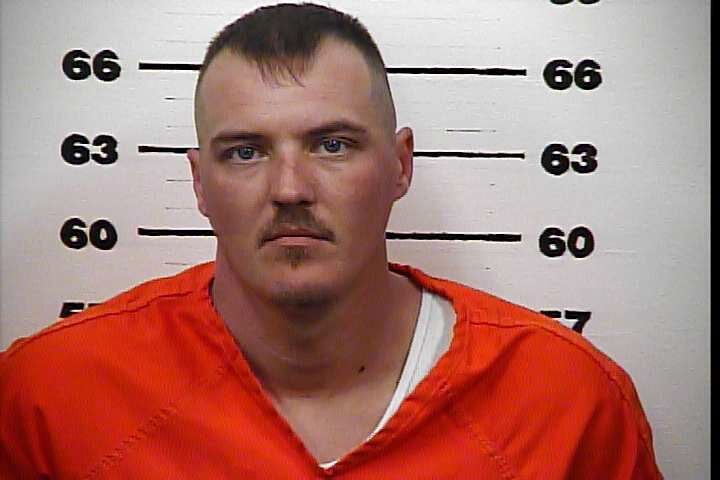 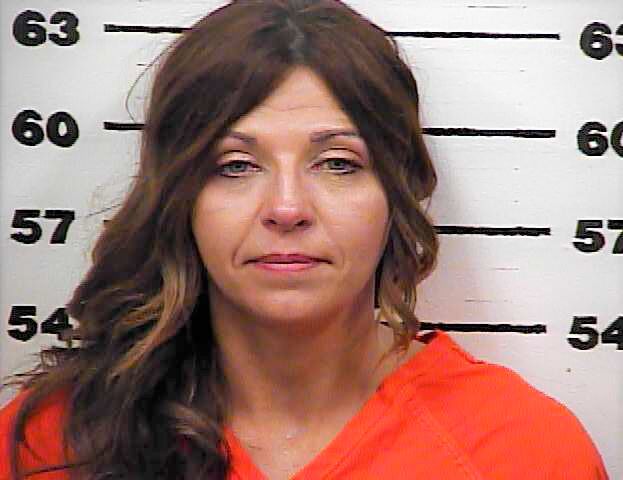 ROGERSVILLE — A Hawkins County man who allegedly admitted to grabbing the steering wheel out of his mother’s hands while she was driving on Tuesday afternoon and tried to crash them because he was angry, was charged with felony reckless endangerment.

The driver later told Boggs she’d been in a verbal altercation with her son, Brandon Wade Wheelington, 20, 111 Greene Road, Bulls Gap, while they were traveling south on Route 66-S near Bulls Gap.

The mother further stated there were other vehicles on the roadway at that time, and she managed to avoid crashing into the ditch and drove to the sheriff’s office for help.

Wheelington, who was still a passenger in the pickup when they arrived at the Justice Center, reportedly told Boggs that his mother was screaming at him too, but he did grab the steering wheel and try to crash them “because he was mad.”

Wheelington was arraigned on Wednesday in Sessions Court and ordered held in the Hawkins County Jail without bond pending a preliminary hearing set for April 7.

Andrew Dillon Livesay, 26, 229 Heck Hollow Road, Rogersville, was arrested on March 29 and charged with three counts of misdemeanor reckless endangerment stemming from an incident that occurred on March 15 when his estranged wife went to his residence to pick up one of their children to take to school.

The wife reportedly told HCSO Deputy Billy Begley that Livesay told her he was going to get their other son out of her vehicle, but she told him no. After both children were in her car she reportedly attempted to leave, but Livesay allegedly blocked her in with another car.

The wife then backed up and drove through a field to get away, but was pursued by Livesay, who she claims tried to ram her vehicle twice and tailgated her to the end of Route 70-S, where she called 911.

Jerry Edward Stoker, 44, 105 Nelms St., Surgoinsville, was arrested on March 28 and charged with two counts of felony reckless endangerment and domestic assault after he allegedly discharged a shotgun in his mother’s house following a fight with his son.

The son reportedly told Deputy Billy Begley that Stoker hit him during an argument, and he hit Stoker back, after which Stoker went upstairs and got his shotgun and fired one round into the wall. Stoker stated that after his son hit him he told his son he was going upstairs to commit suicide and fired his shotgun.

Begley reportedly observed the hole in the wall and recovered a 12 gauge shotgun from inside the residence, which was also occupied by Stoker’s mother.

Ashley Nicole Mabe, 26, 908 Old Stage Road, Rogersville, was arrested on March 27 and charged with credit card fraud and identity theft based on allegations that she used her father’s credit/debit card while he was in jail between Dec. 3 and Feb. 8.

On Feb. 28, the father, who was still a Hawkins County Jail inmate at the time, reported to HCSO Detective Ken Sturgill he’d been informed by a family member that Ashley Mabe was using his Eastman Credit Union card. His bank statement reportedly showed several unauthorized withdrawals totaling $4,943.

Scotty Wayne Williams, 33, 352 Gravely Road, Surgoinsville, was arrested March 26 and charged with DUI and failure to exercise due care after he allegedly hit a mailbox, despite claiming to be the victim of a hit-and-run tractor driver.

Williams initially told Deputy Casey Carter he was following a tractor that made a sharp turn. He allegedly hit the hay rack, and the tractor kept going. Williams then reportedly stated that the tractor pulled out in front of him and then kept going.

Carter reportedly observed a damaged mailbox nearby that had a decorative tractor on top of it that matched the tractor that Williams described. Carter also observed Williams to have glossy eyes and be swaying, and Williams subsequently performed poorly on field sobriety tests. Williams reportedly stated he has bad legs, but he does bull riding every weekend.

Stacy Rena Helton, 45, 302 Horner Road, Mooresburg, was arrested March 22 and charged with aggravated assault after her husband sent a video to the Rogersville Police Department of his wife allegedly pointing a pistol at his face.

The husband told HCSO Sgt. Kenneth Ferguson that he was in an argument with Mrs. Helton over his truck keys, and when he went into the bedroom to look for his keys she pulled a gun on him. Ferguson received a copy of the video that the husband sent an RPD officer.

Ferguson stated in his report that the video shows Mrs. Helton pull a black pistol from under her pillow and point it at her husband’s face. Mrs. Helton later allegedly admitted to pulling the gun on her husband and the HCSO reportedly located a Jennings 22LR semi-automatic pistol that matched the gun in the video.

A 77-year-old Hawkins County who was arrested in January accused of threatening to shoot his wife with a shotgun, was arrested again Saturday evening accused of hitting the 76-year-old woman in the head with a wooden stool during an argument.

The 57-year-old man told HCSO Deputy Ed Rodriguez the catch was that he had th purchase the decals to turn his car into a mobile advertisement.

A Florida man accused of leading the Hawkins County Sheriff's Office on a 120 mph pursuit was scheduled for arraignment Monday on charges including felony evading arrest, speeding and a stop sign violation.