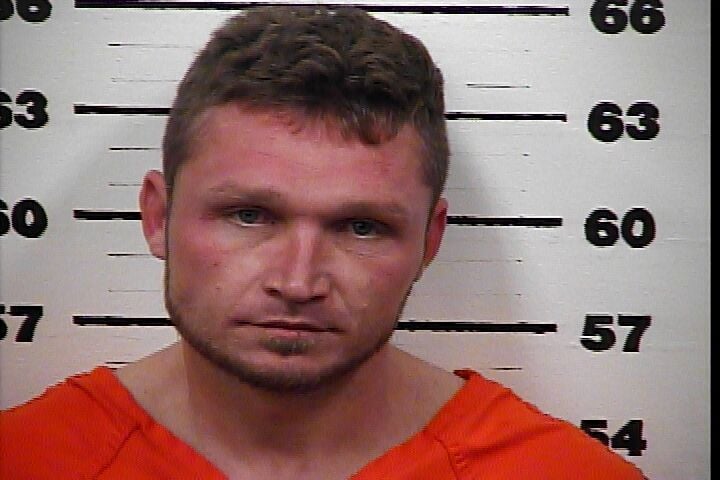 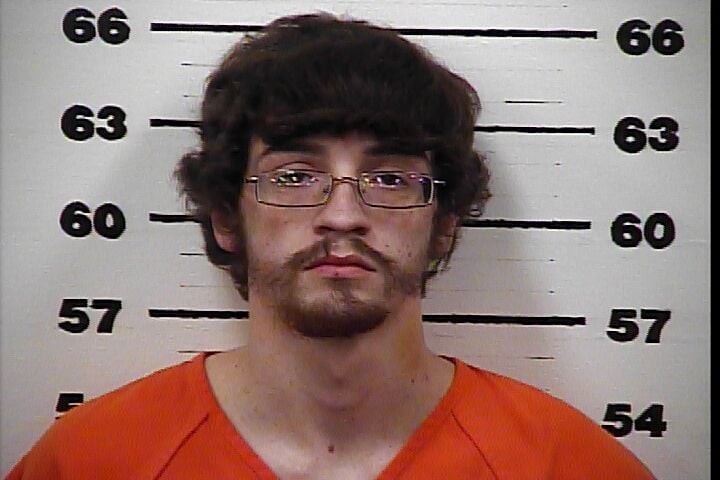 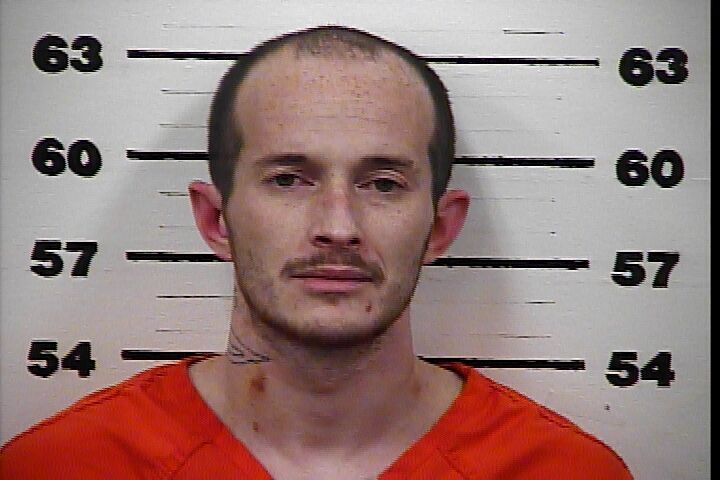 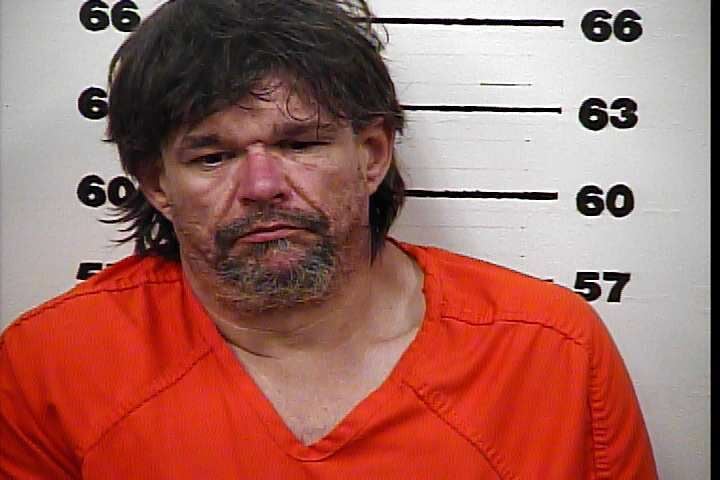 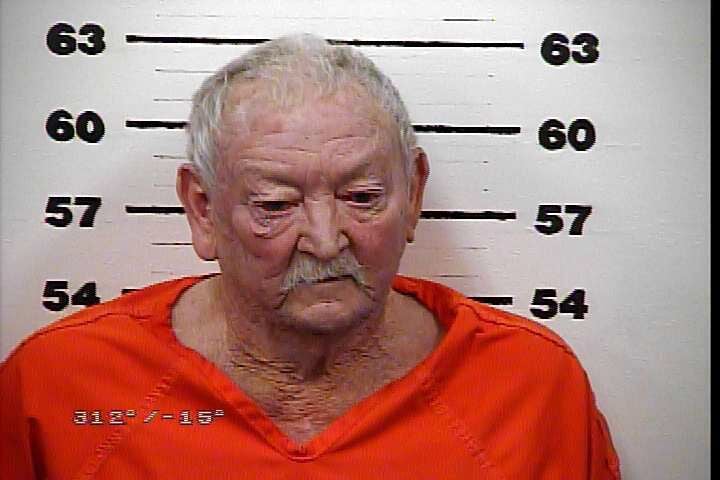 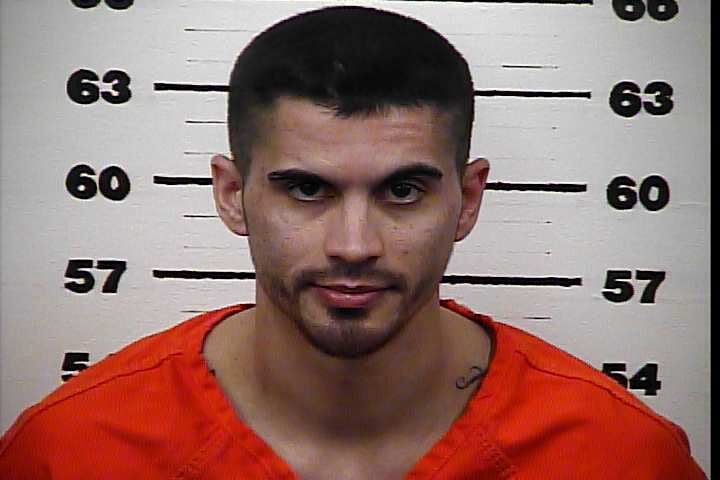 MOUNT CARMEL — Police reportedly seized a loaded handgun, meth and burglary tools from a Surgoinsville man who had been reported cruising a Mount Carmel residential neighborhood on Tuesday afternoon and harassing residents.

Shortly before 5 p.m. Tuesday, MCPD Officer Brad Whitson responded to Redwood Drive on a complaint of a suspicious person driving around the neighborhood in a red Pontiac Vibe.

Witnesses reportedly told Whitson that the suspicious driver, later identified as Johnathan Martin McCloud, 37, 1796 Carters Valley Road, Surgoinsville, had been in the area for about an hour and a half harassing neighbors.

After about 15 minutes of patrolling the area, Whitson reportedly spotted the suspect vehicle at a Redwood Drive residence preparing to pull out on the road. Whitson stated in his report that he engaged his emergency lights and he pulled his patrol car in front of the Pontiac to prevent it from leaving.

The vehicle allegedly backed up as if it was going around the patrol car, but Whitson exited his vehicle and ordered the driver to stop and put the car in park, which McCloud eventually did after nearly a minute.

McCloud exited his vehicle, but refused to stand still for a pat-down, so Whitson drew his taser and called for backup. Whitson reportedly determined that McCloud was highly intoxicated on narcotics.

When two other officers arrived on the scene, McCloud again allegedly refused to cooperate and was taken into custody after a brief struggle.

A search allegedly revealed McCloud to be in possession of a loaded handgun, a baggy containing meth, a glass pipe, a torch lighter and two burglary tools.

He was arraigned on Wednesday and remains held in the Hawkins County Jail on $50,000 bond pending a preliminary hearing set for Feb. 3.

Dad with no custody rights tried to take baby

Allen Michael Casteel, 19, of Afton, Tennessee, was arrested on Jan. 20 and charged with aggravated burglary stemming from an incident that occurred on Jan. 8 at a residence on Lautner Road in Bulls Gap. In the incident he allegedly kicked in the door and demanded his infant child from its mother.

HCSO Deputy Dustin Winter stated in his report that Casteel, who was accompanied by another male and female, came onto the porch, and kicked in the door, damaging the door frame.

The child’s mother stated that Casteel, who doesn’t have rights to the child, demanded she hand the child over, threatened her and then tried to take the baby from her. The three suspects fled the scene before deputies arrived, and two remain at large.

Gun threat because she won’t ‘be with him’

Cody Lee Davis, 32, 354 McNeil Circle, Mooresburg, was arrested on Jan. 19 and charged with aggravated assault stemming from an incident that occurred on Jan. 5, in which he allegedly threatened his ex-girlfriend with a gun.

The victim told HCSO Deputy Bryan Sanders that Davis came to her home on the afternoon of Jan. 5 holding a handgun and threatening her, saying if she was not going to be with him, no one would be with her.

The victim stated that Davis was also breaking things around her home and when she tried to get away from him he struck her in the face, causing a bruise to her left eye. Eventually, she escaped Davis and went to stay with a friend, but when she returned home later she found most of her property missing, including furniture and clothes.

Alan Michael Short, 48, 225 New Canton Road, Church Hill, was arrested on Jan. 17 and charged with possession of heroin and possession of drug paraphernalia stemming from a traffic stop on New Canton Road in which the suspect vehicle was traveling down the center of the roadway.

Short, who was a passenger in the vehicle, was found to have pending arrest warrants for probation violation in both Hawkins County Sessions Court and Criminal Court.

The driver reportedly gave permission to search the vehicle, at which time CHPD Officer Logan Tate reportedly located a sunglasses case containing a baggy of brown powder substance believed to be heroin in the center console, as well as three syringes and a spoon. Short allegedly admitted the sunglasses case was his, and the brown powder is heroin.

C.J. Trent, 77, 297 New Life Road, Rogersville, was arrested on Jan. 17 and charged with aggravated assault for allegedly threatening to kill the 76-year-old woman he lives with.

The victim reportedly told HCSO Deputy Stephanie Bolognese that Trent tore his shirt and jacket off that morning, went into the bedroom and then came back out with a shotgun, which he opened and closed several times. Trent allegedly stated he was going to “kill her and everyone around here,” putting her in fear for her life.

Timothy Scott Good, 30, 205 Hidden Valley Road, Rogersville, was arrested on Jan. 16 and charged with meth possession, possession of drug paraphernalia, speeding and driving on a revoked license following a traffic stop for speeding, doing 45 in a 30 mph zone on Melinda Ferry Road.

HCSO Cpl. Anthony Crosby stated in his report that a computer check revealed Good was also wanted in Hawkins County Sessions court for failure to appear on meth trafficking charges dating back to August of last year.

Upon being searched, Good was allegedly found in possession of two baggies of meth weighing 1.97 grams and 4.03 grams, as well as a glass pipe, digital scales, a marijuana grinder and three syringes.