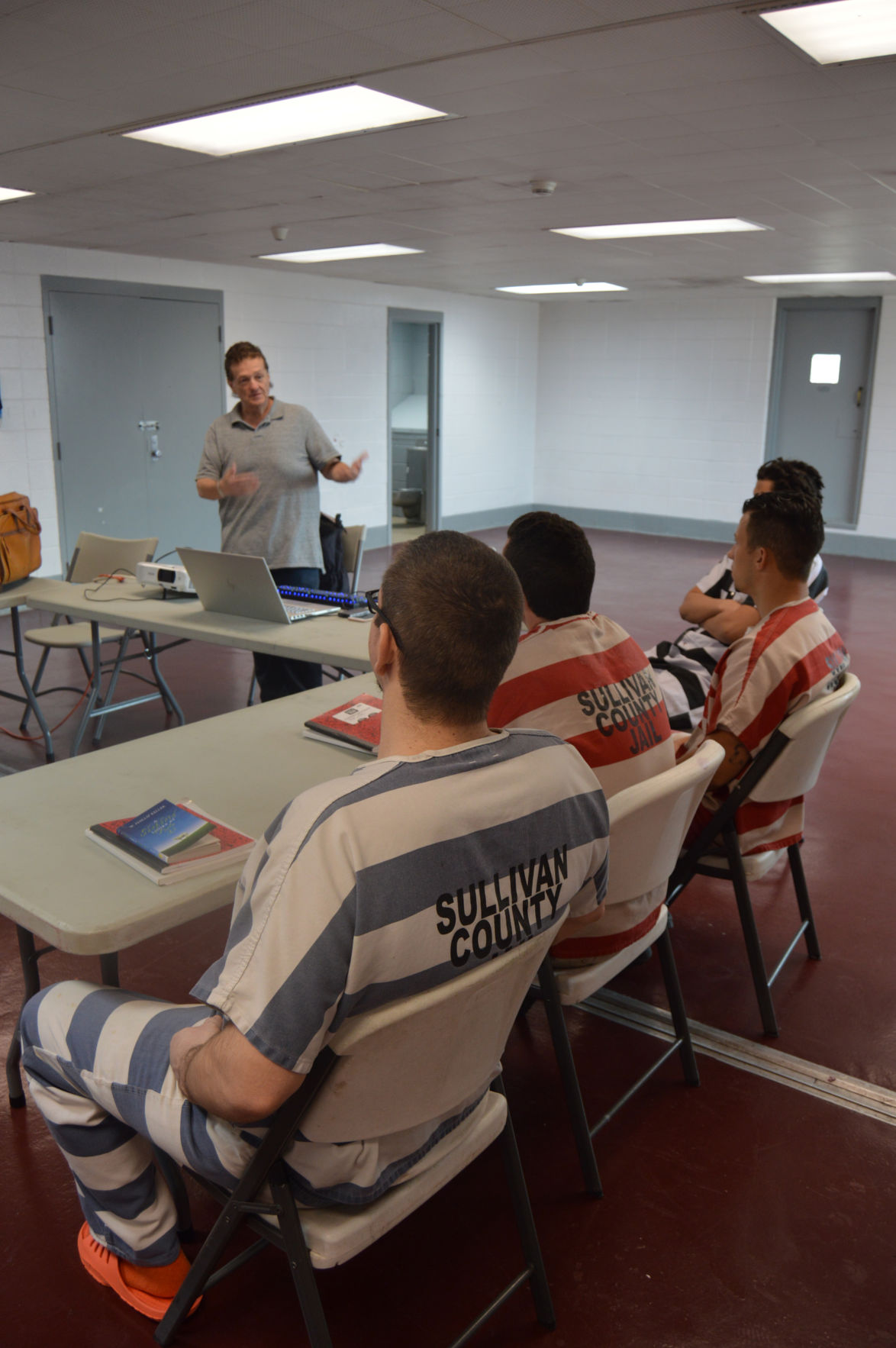 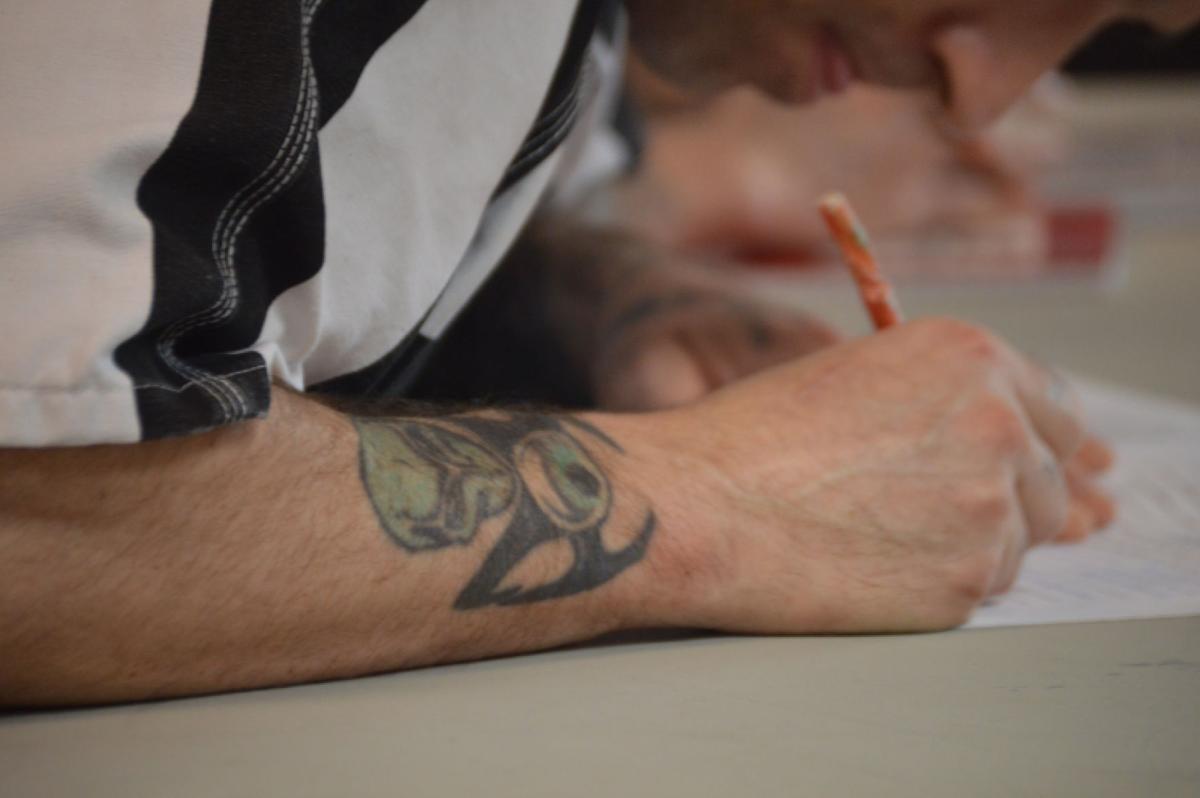 An inmate takes notes during a MRT class in the Sullivan County jail. 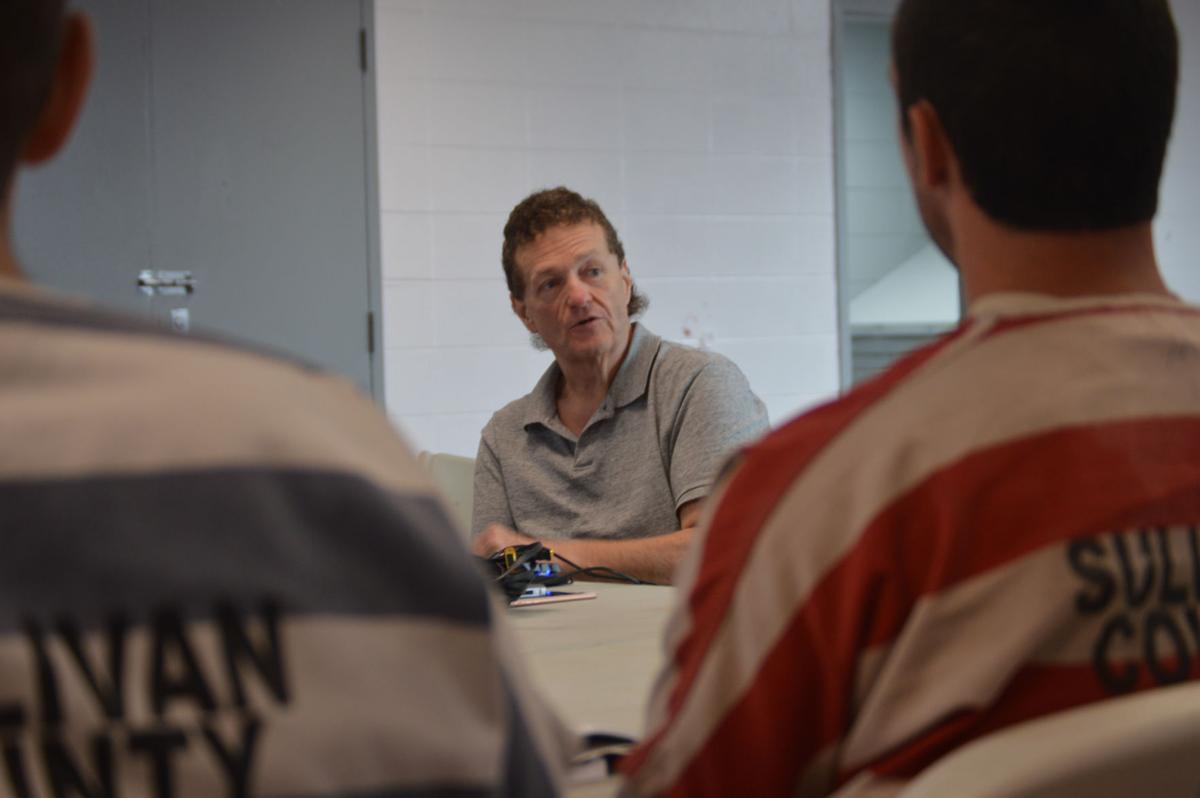 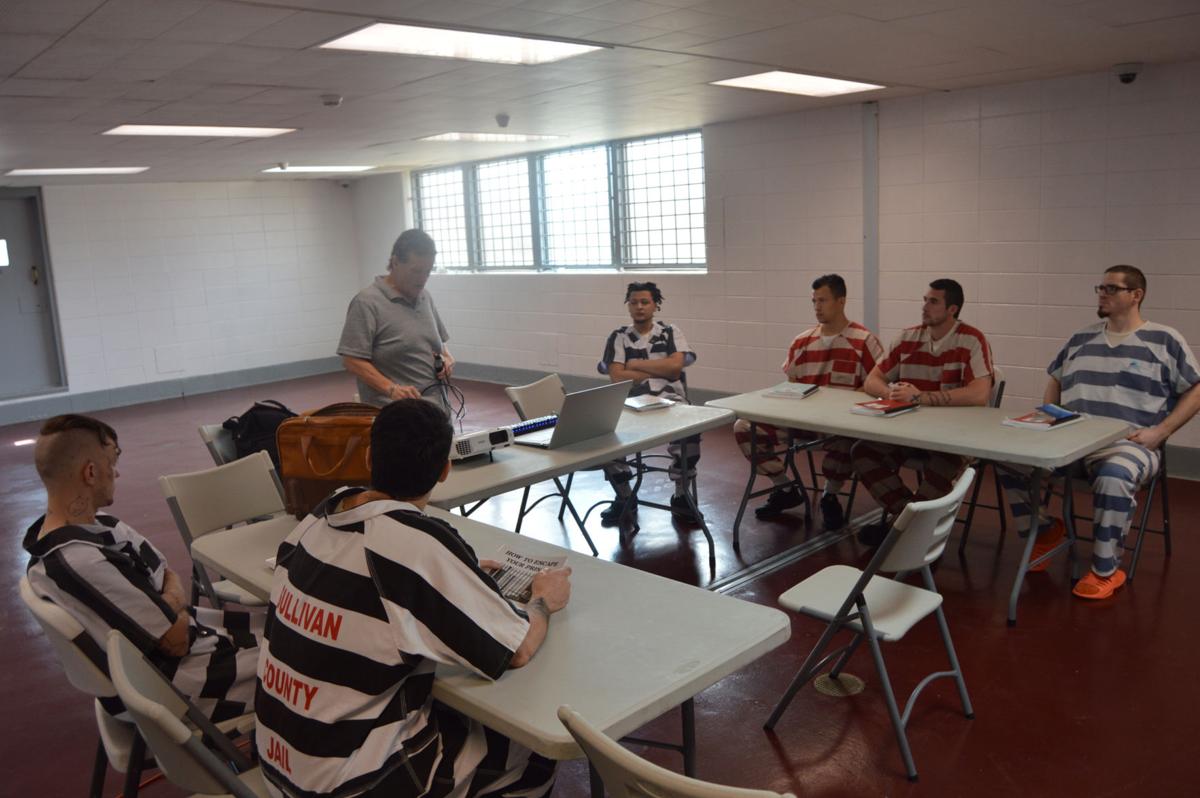 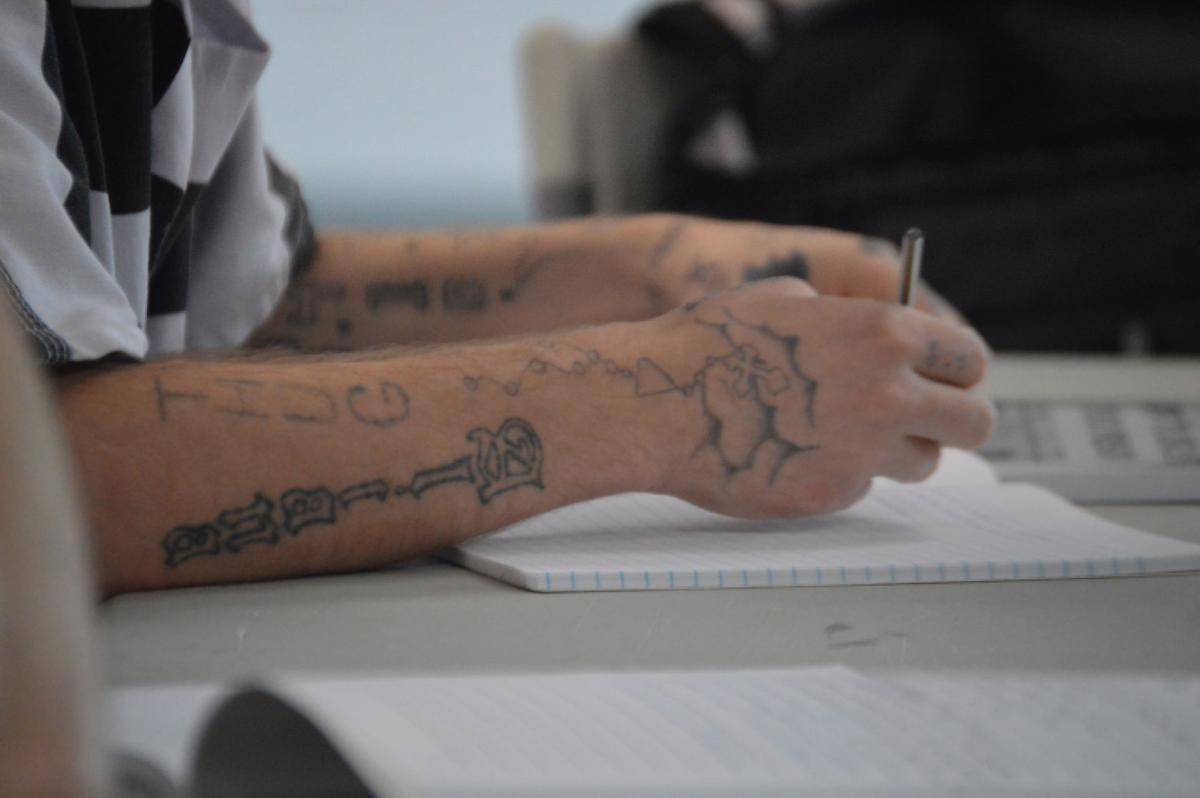 An inmate takes notes during a MRT class in sthe Sullivan County jail. 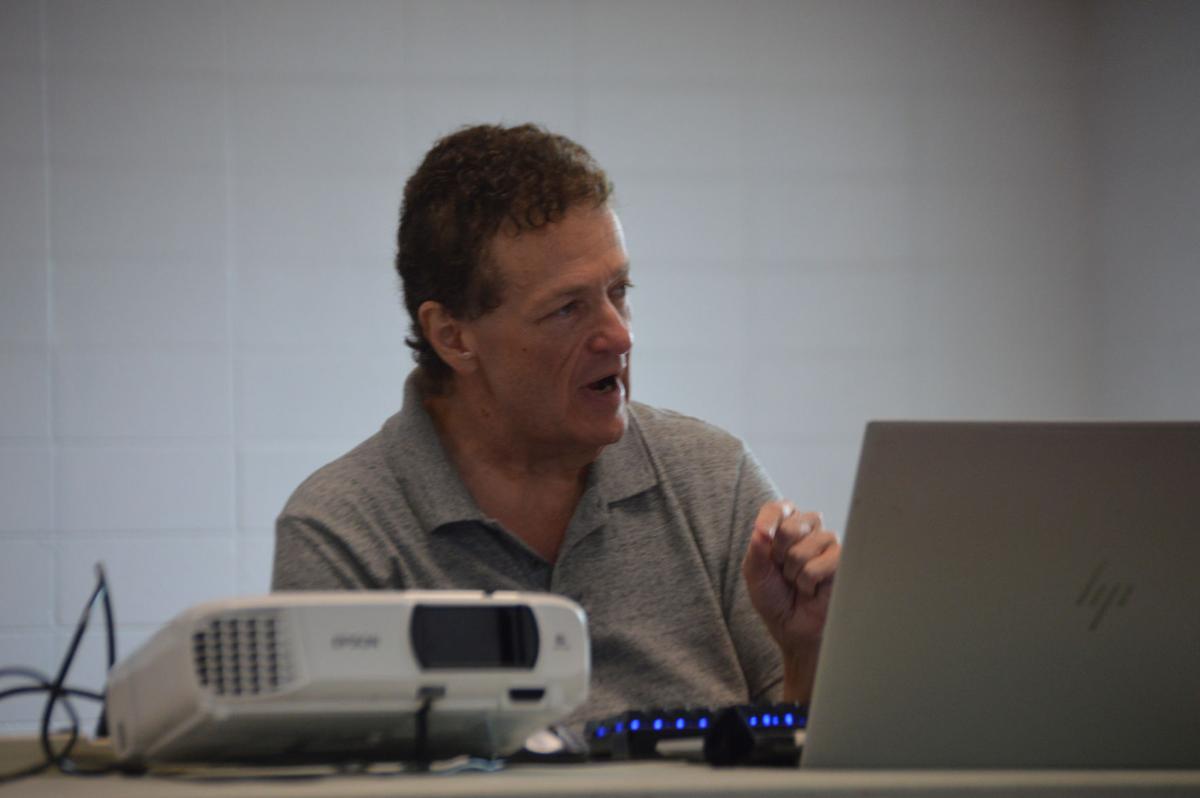 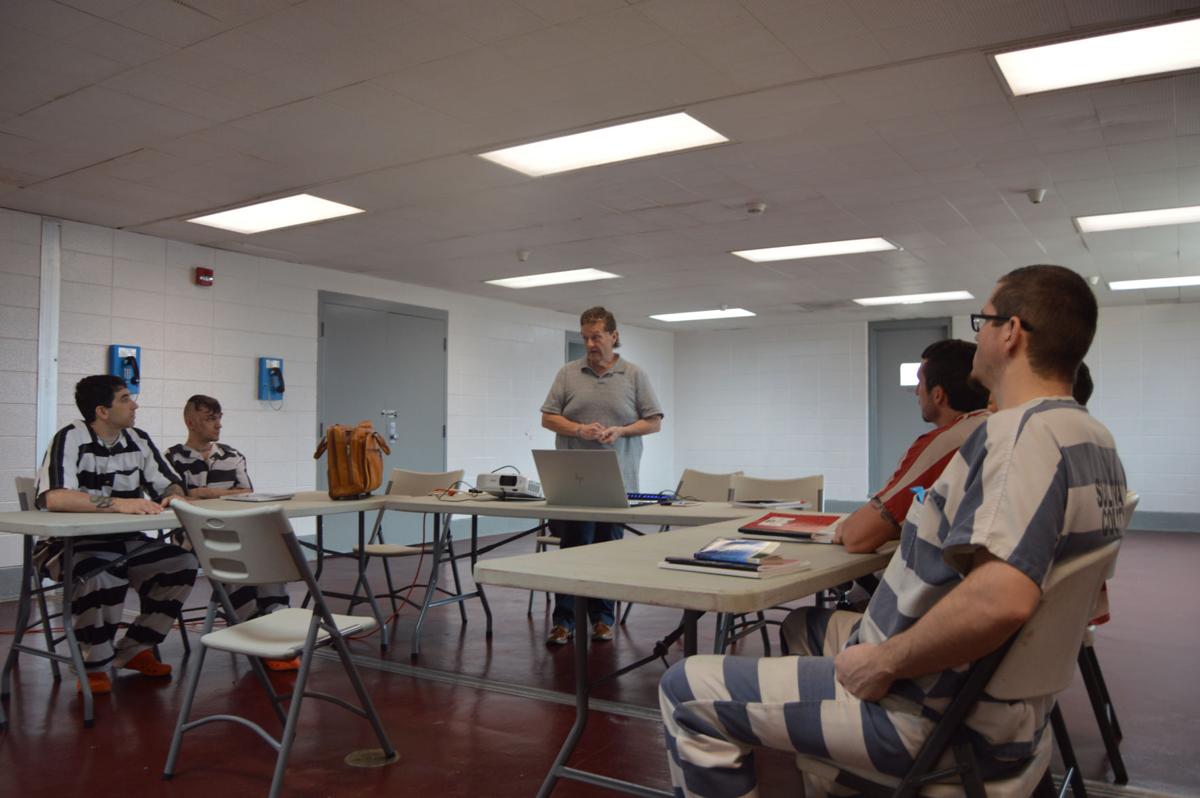 An inmate takes notes during a MRT class in the Sullivan County jail.

An inmate takes notes during a MRT class in sthe Sullivan County jail.

BLOUNTVILLE — A new program at the Sullivan County jail isn’t going to solve the facility’s massive problem of overcrowding, but for a handful of inmates, it could be the pathway for rebuilding their lives.

Seven men and 12 women are currently undergoing Moral Reconation Therapy. MRT aims to lower recidivism rates by having offenders heighten their moral reasoning and take responsibility for their past mistakes.

The course is administered by a self-described but reformed “hustler.” Kingsport’s David Stanley pleaded guilty to 55 counts of fraud in 1989 and served 17 months in the Sullivan County jail. He has since recovered to found a successful tech company that specializes in real-time tracking.

“There are two reasons that everyone comes back,” Stanley said of repeat offenders. “Addictions or economics.”

During Monday’s class, Stanley did most the talking. He openly acknowledged his previous life as a swindler — “I was a thief and a liar” — and blames his actions for sending his father, a minister, to an early grave.

He also confided about the shattered relationship with his eldest daughter, who remains estranged.

Meanwhile, the male inmates riffled pages in their notebooks, some jotting quotes from Stanley that personally resonate: “Use the time. Don’t lose the time” or “Remember the rule: duty over desire.”

Later, they took turns reading answers to “homework” that was assigned the previous session. The goal was to identify motivation — their “purpose” — for walking the straight and narrow on the outside. Among them all, rebuilding relationships is paramount.

— “I don’t want my family to think I’m never going to amount to anything.”

— “My purpose is to become the man I was destined to be. Be the man my parents deserve.”

— “They are at the point where I’m gonna have to prove it them. I can tell them all I want, but I’ve got to show them (I’ve changed).”

Assessment of relationships is core to MRT. Stanley said that through his own time in jail, he knows the importance of having such “prime anchoring responsibilities” that foster caring for others.

“In here, you tend to get myopic, thinking just about ‘me’ and getting out,” said Stanley. “The longer you’re in here, you think about nothing else other than ‘get me out.’ ”

One inmate cited their environment. Another across the table simply stated, “Myself.”

These are “triggers” they fear can lead back to drugs and addiction — the reason all seven are jailed in the first place. Much of the more than two hour session was devoted to strategies to avoid another arrest after being released.

“You can’t go back to the same environment,” Stanley told the class. “You can’t lift up your drug addict friends.”

One inmate’s sentence expires in less than two weeks. He said that before  being arrested, his life was a “nightmare” — due in part to the people with whom he associated.

Now, through his participation in MRT, he is set to relocate to Nashville and make new acquaintances. Stanley has arranged his placement in a transitional house and training for a job working on cell towers. The inmate (a former tree trimmer with no fear of heights) tabbed such work as a possibility.

During the class, Stanley talked about mentors he’s hunting up for other inmates. They all have to “pick a lane” — a possible profession — by the next meeting.

Multiple times Stanley repeated the week’s theme: “A man who is building a new track record will get the chance to race where he wants.”

The MRT efforts in Sullivan County began in August. Though less than two dozen inmates are currently involved, Stanley’s ultimate goal is to have several hundred in the program at one time.

One of the expanded components, according to Stanley, will be off-site training for skilled-labor jobs that are in demand, such as welding, pipefitting, HVAC, plumbing.

Stanley also has a mobile computer lab to hone technical prowess, but there is not enough room to house it at the current jail. He and Sullivan County officials are eyeing prospective buildings to host all the instructional efforts.

In addition, Stanley is developing a tracking and detection system that he hopes Sullivan County will one day implement with individuals on probation — or possibly as an alternative to jail. He claims it will have the ability to detect in real time if the wearer has drugs or alcohol in his system, then relay that information back to police, the court system, and possibly even the offender’s family members. Stanley said he has partnered with ETSU to research the project.

“The answer is stone soup,” Stanley said of reducing recidivism. “Many hearts, minds, hands and talents joining in vision and mission — to show and enable offenders how to use the time, not lose the time. When we bring that to bear, and just one or two offenders truly change, everyone in our community wins.”