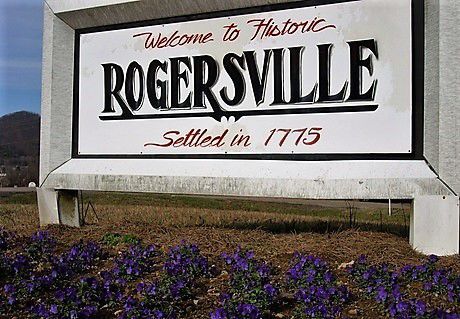 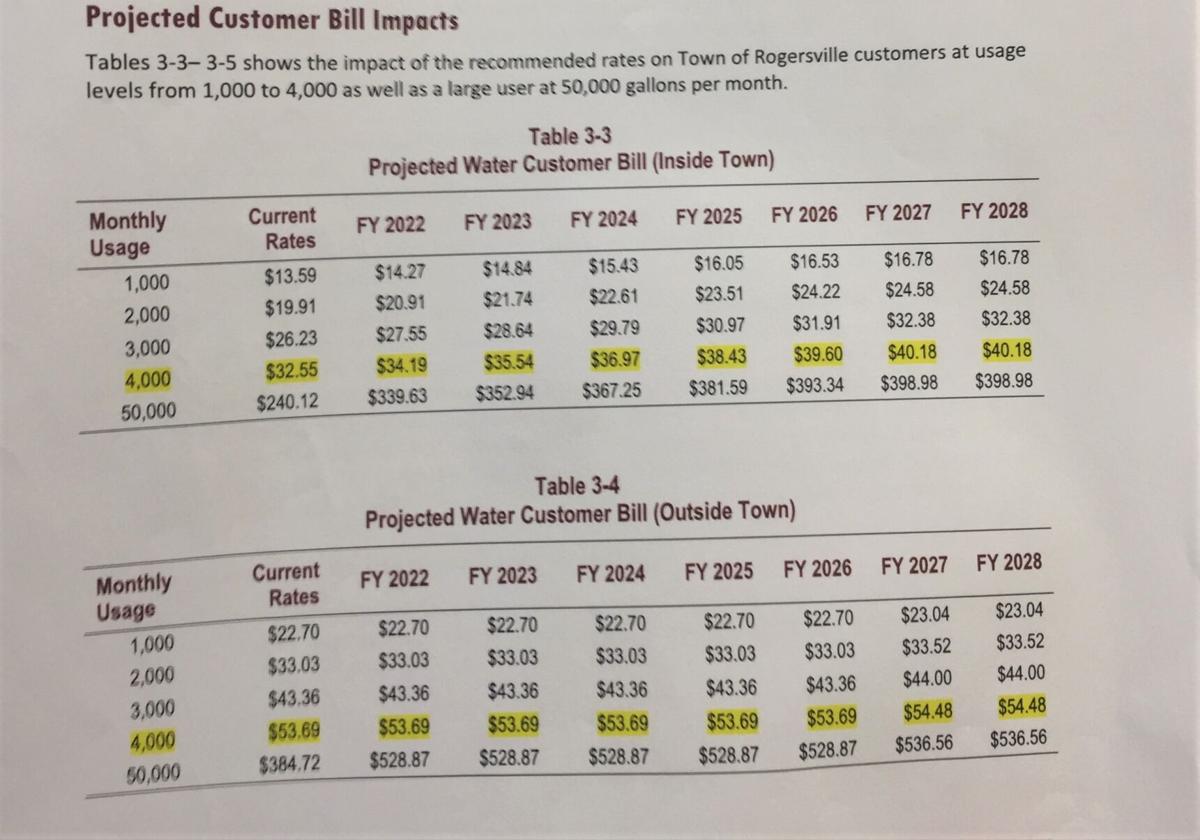 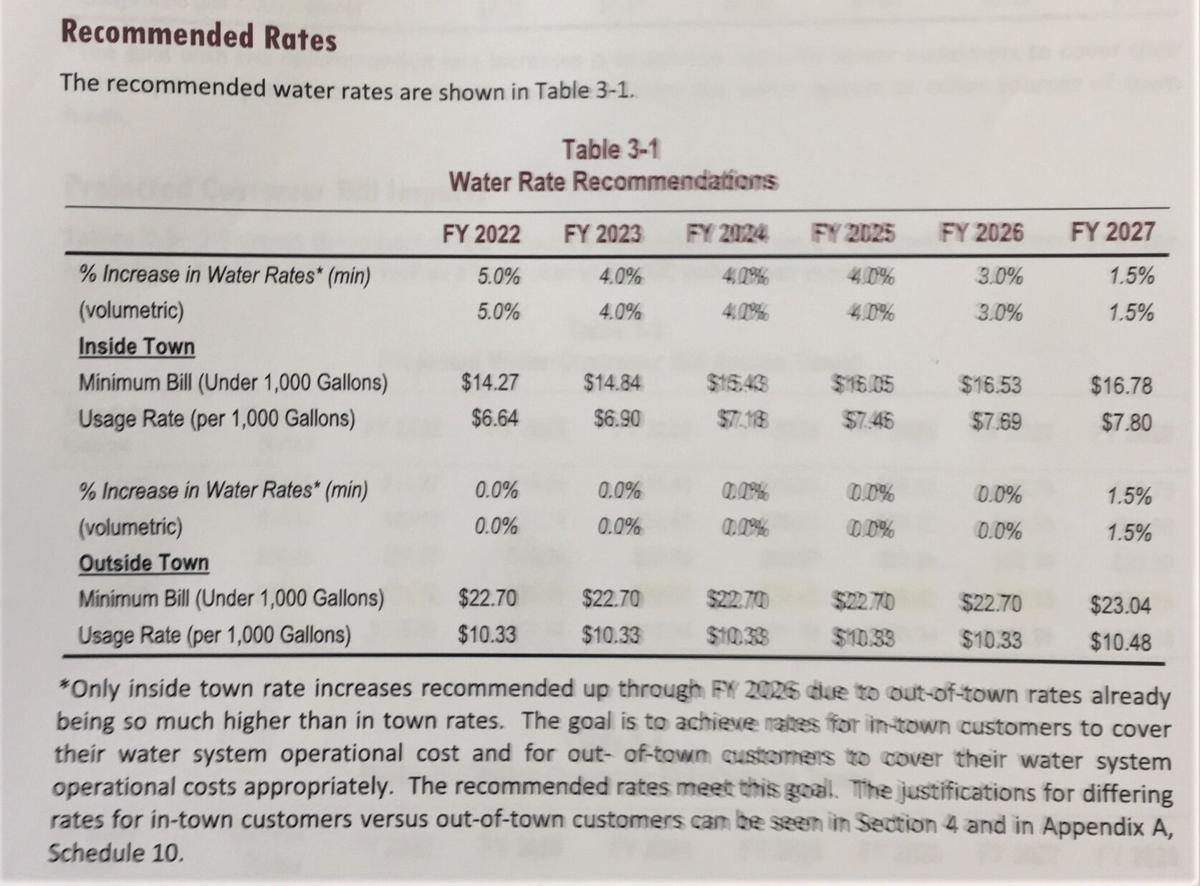 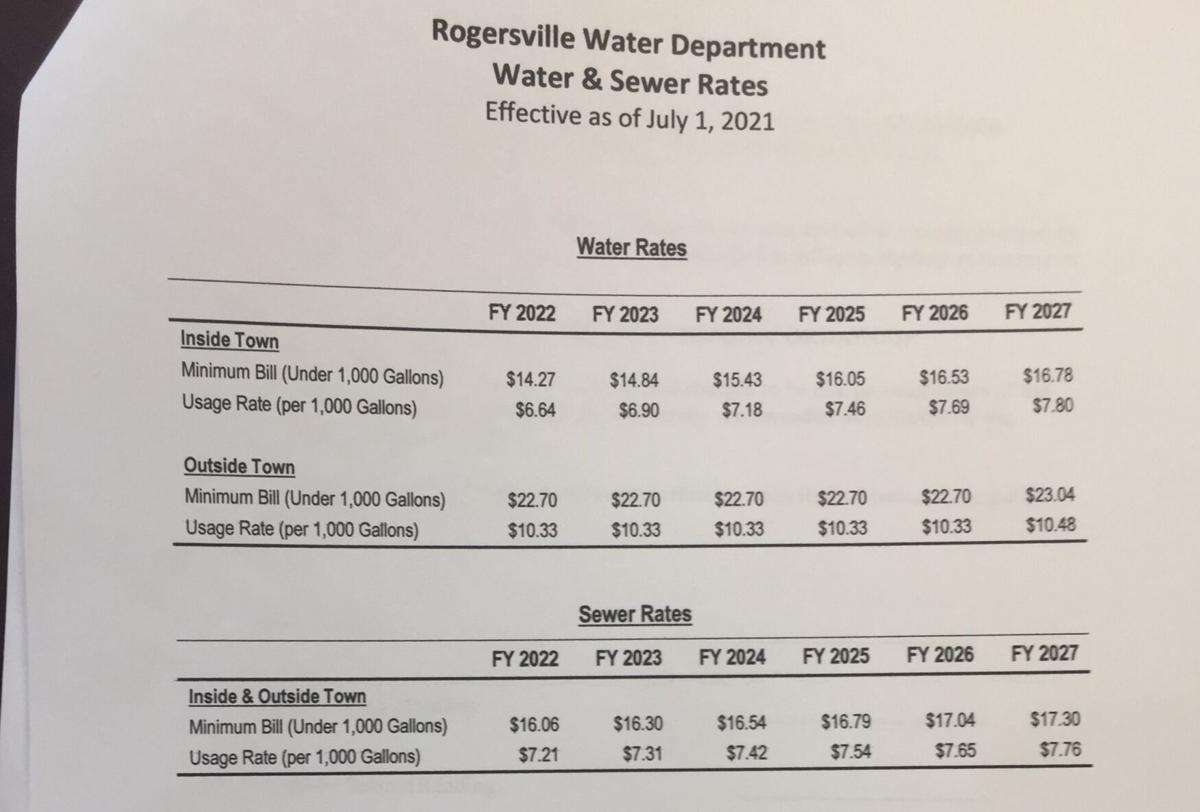 ROGERSVILLE — The average Rogersville water/sewer customer inside the city limits will be seeing their monthly bill increase by $15, based on rates approved Tuesday evening.

On Tuesday, the Rogersville Board of Mayor and Aldermen approved the first and second readings of its 2021-22 general fund budget and water department budget.

A special called meeting was scheduled for June 30 at 6 p.m. for a public hearing, followed by consideration of the third and final reading of both budgets. Assuming the rates and budgets are approved at that time the new water/sewer rates take effect July 21.

City Recorder Glenn Hutchens told the Times News on Wednesday that the state had ordered Rogersville to conduct an economic study on the water department after expenditures exceeded revenue for three consecutive fiscal years.

The rate increases approved on Tuesday were recommended by the engineering firm of Mattern and Craig, which conducted that study. The area most in need of additional revenue is sewage treatment, which increases 56% for the average user next year.

The state requires water systems to be economically self sufficient, and usually after two consecutive deficit years the state steps in and imposes mandatory rate increases.

Rogersville was given an extension to allow for completion of the economic study. The city was then told by the state to adhere to the rates recommended in the study, which will also increase a small amount each year through 2027.

The annual rate schedule can be found in the online version of this article at www.timesnews.net

Rogersville doesn’t provide sewer outside the city, and its outside water rates are already higher. Based on the recommendation approved by the BMA on Tuesday, the outside water rate ($53.69 for 4,000 gallons) won’t be affected until 2026-27 when it increases to $54.48.

As for the general fund budget, Rogersville received its state-certified tax rate, which takes into account property value increases due to this year’s reassessment. Rogersville’s certified tax rate approved on Tuesday is $1.517, down from the previous $1.67.

Rogersville’s budget was approved with a $806,974 deficit, with revenue budgeted at $5.936 million, and expenditures budgeted at $6.743 million.

Hutchens noted, however, that the budget traditionally overestimates expenditures and underestimates revenue. Last year the city approved a similar budget for 2020-21 and actually returned $182,000 into the undesignated fund balance, Hutchens said.

The general fund budget is projected to end the 2020-21 fiscal year on June 30 with an undesignated fund balance of $2.208 million.

No funding is allocated for the new City Hall, gymnasium, and indoor pool project on Main Street. That project is still in the planning phase, and will likely require a bond issue when the time comes to begin construction, Hutchens said.

Why is your water bill increasing in Rogersville?

ROGERSVILLE — On Tuesday, the Board of Mayor and Aldermen approved two of three required readings for a 23 percent water/sewer rate hike ordin…