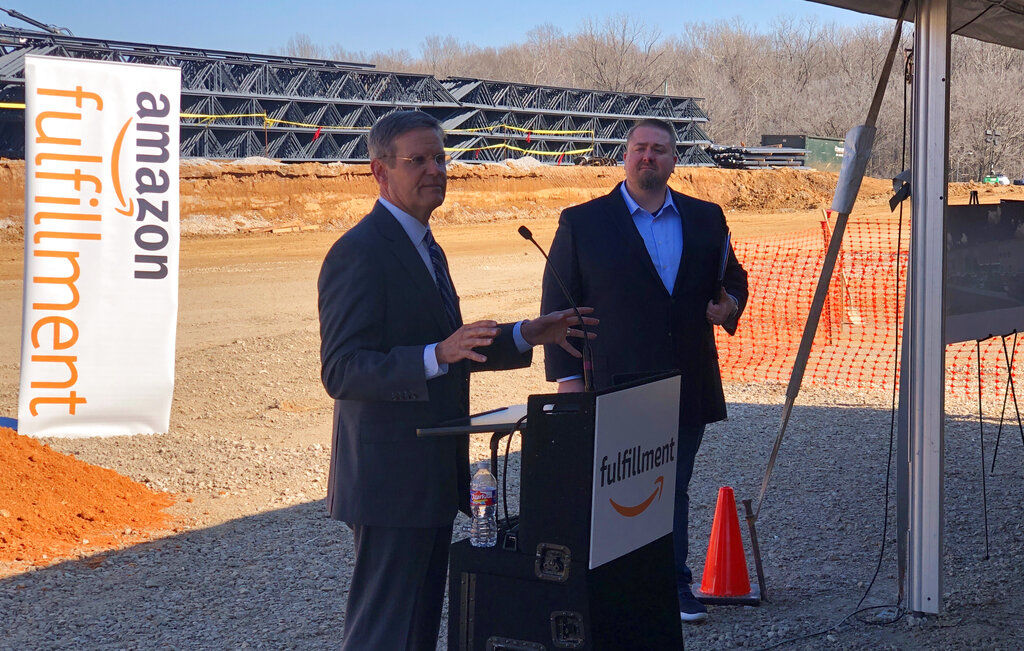 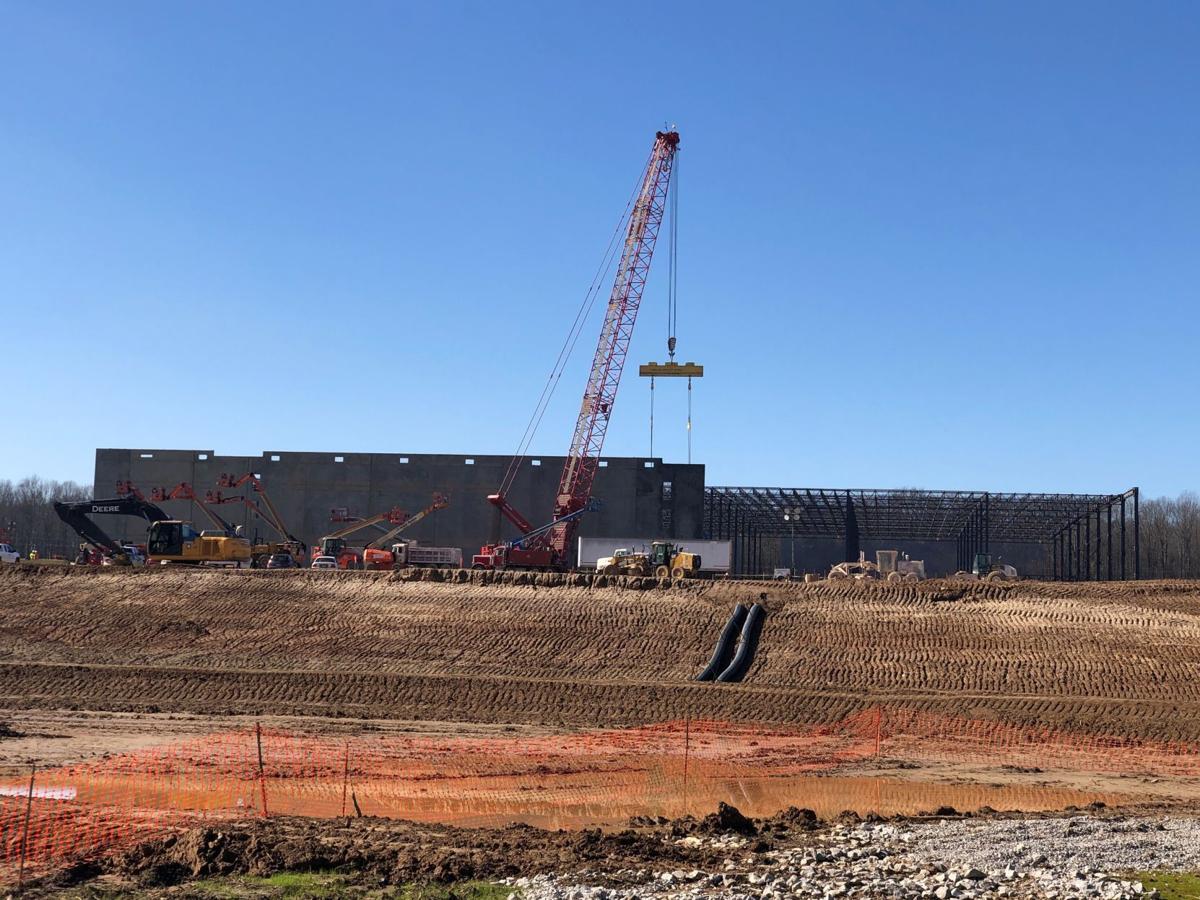 A new $200 million Amazon distribution center is currently under construction on Monday, Jan. 27, 2020, in Memphis, Tenn. Officials say the center will create 1,000 jobs and should be up and running by the 2020 holiday season (AP Photo/Adrian Sainz)

A new $200 million Amazon distribution center is currently under construction on Monday, Jan. 27, 2020, in Memphis, Tenn. Officials say the center will create 1,000 jobs and should be up and running by the 2020 holiday season (AP Photo/Adrian Sainz)

MEMPHIS — A new $200 million Amazon distribution center in Memphis will employ 1,000 workers and should be up and running in time for this year’s holiday season, officials said Monday.

With the building’s skeleton and yellow bulldozers in the background, Amazon officials and state and local politicians gathered at the busy construction site in north Memphis to provide details about the project. Workers will make at least $15 per hour to pack and ship books, electronics and other consumer goods alongside Amazon’s robots, officials said.

At 855,000 square feet  — the equivalent of 14 football fields — the order fulfillment center will be Amazon’s third in Memphis. Amazon also operates sorting and distribution centers in the Tennessee cities of Charleston, Chattanooga, Lebanon, Murfreesboro and Nashville. Amazon also is building a corporate office in downtown Nashville for its retail operations division.

The company employs about 6,500 people in Tennessee, Amazon officials said. The Memphis center should be operational by the holiday season, said Rob Packett, Amazon’s director of regional operations.

Republican Gov. Bill Lee said he was grateful to Amazon for building the facility in Memphis, saying workers’ lives “will be profoundly impacted in a positive way.” Amazon is receiving state incentives for the project, but details have not been set, Lee said.

Memphis has long been considered a logistics hub. Shipping giant FedEx is based in this Mississippi River city, and the city’s airport is among the busiest cargo airports in the world. Rail lines crisscross the area, as do two major interstates.

The facility sits on 98 acres across from a massive Nike distribution center in the Raleigh-Frayser community, a working-class area where more good-paying jobs are welcomed, officials say.

“Quality jobs and pay lead to home ownership, increased business opportunities and, most importantly, neighborhood stability,” state Rep. Antonio Parkinson, a Memphis Democrat, said in a statement. “To say we are excited about the acquisition is an understatement.”