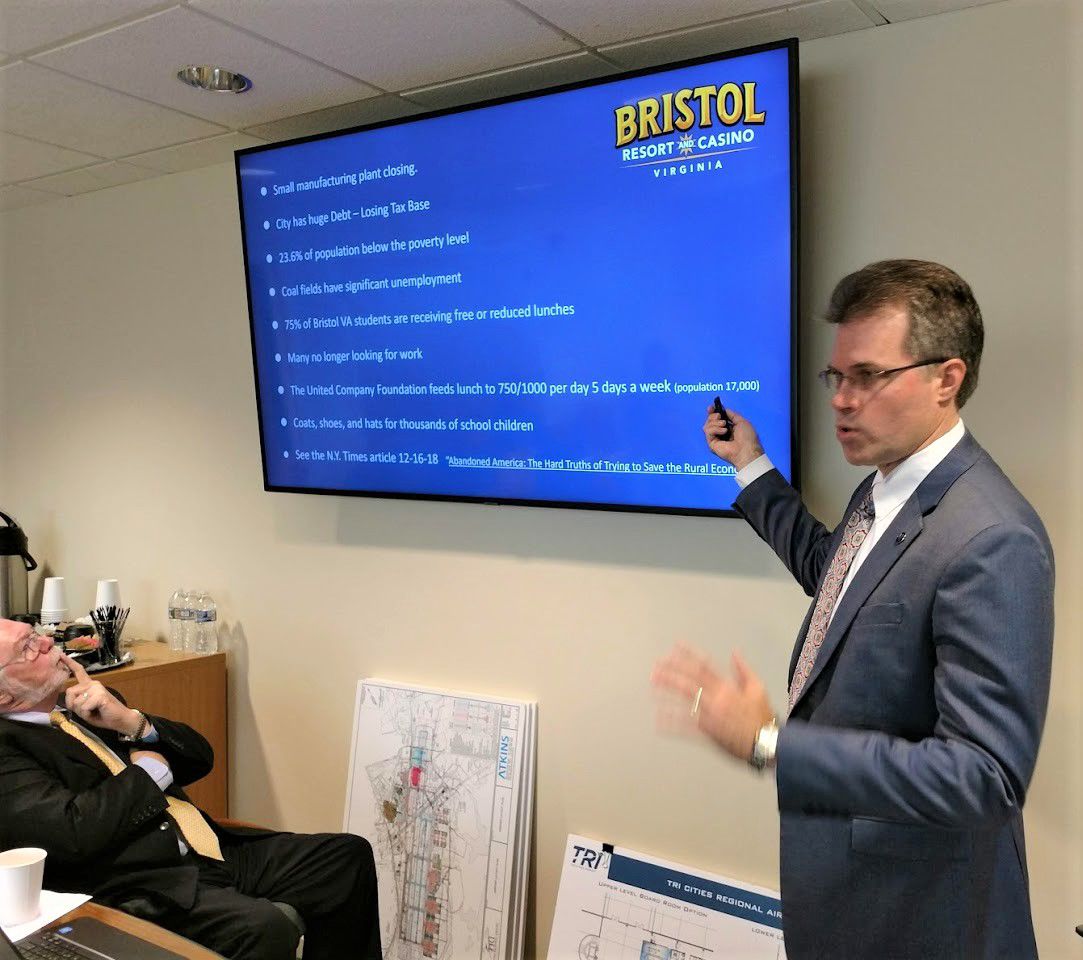 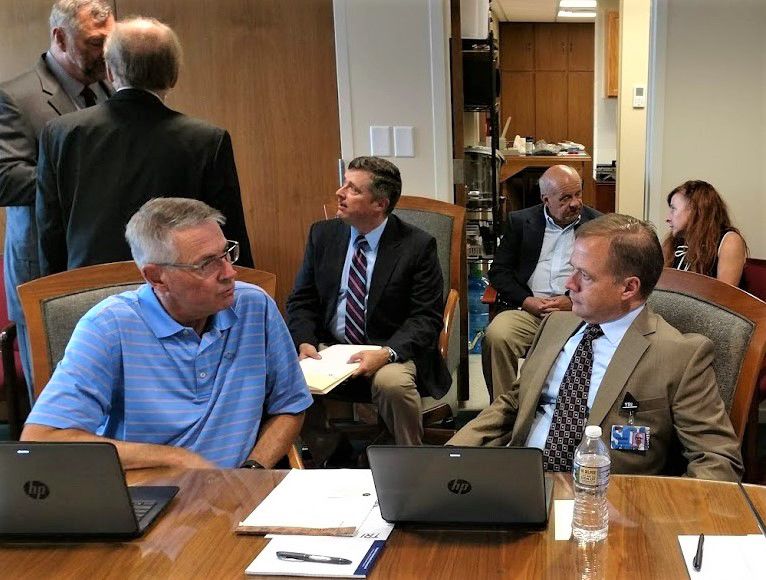 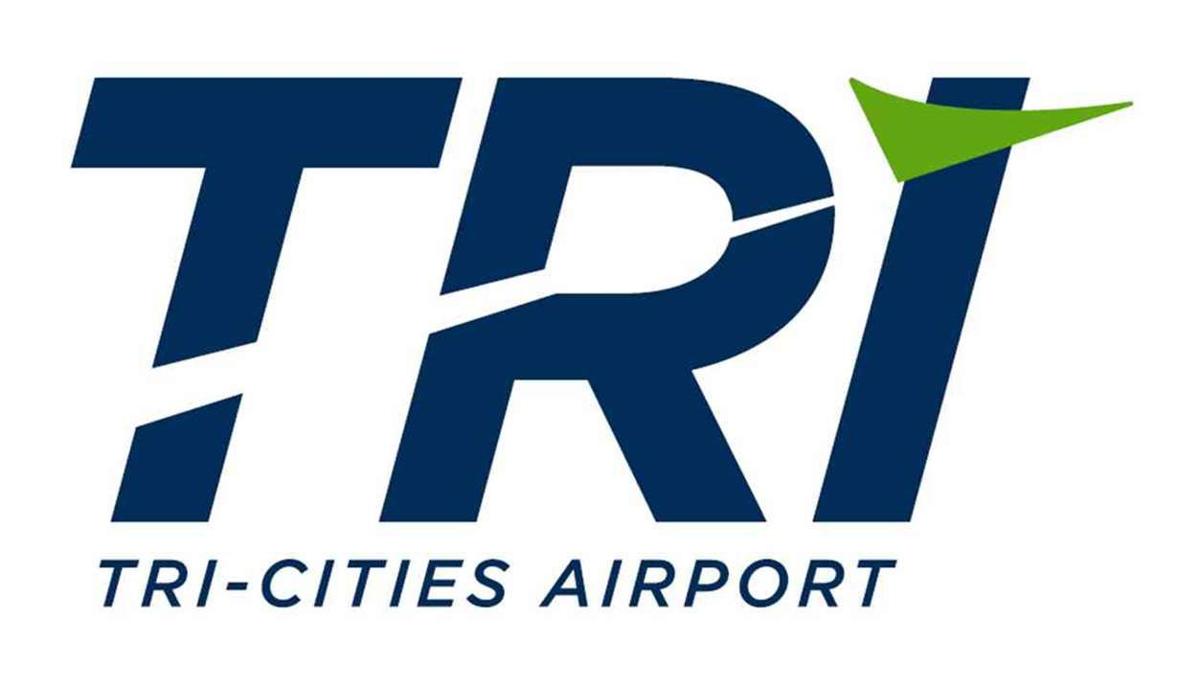 BLOUNTVILLE — Tri-Cities Airport Authority commissioners listened to a pitch for the proposed Bristol Resort and Casino project on Thursday.

"We are diving into the deep end of the pool of the hospitality business," United Company President and Chief Operating Officer Martin Kent told commissioners. " ... We saw an opportunity as you probably have heard, Jim McGlothlin, my CEO, working with Clyde Stacy, an opportunity to rehabilitate the Bristol Mall. It's outside the box."

Kent pointed out less than one fifth of the 500,000-square-foot facility would house the casino.

"The majority would be conference and convention space, hotel space, shops, restaurants, things we don't currently have in our region," he stressed. "We very much see the benefit of the Tri-Cities and we want to see the Tri-Cities grow."

The project, Kent noted, could initially create 2,000 jobs and up to 3,000 jobs with three million visitors by year five. He described a minimum capital investment of at least $200 million.

"We believe these numbers are conservative," Kent said. "I know that sounds a little bit crazy. The salaries alone, we believe, will exceed those in our area."

"We will pursue hiring as many off-duty police officers as we can because we are serious about the issue of security," Kent promised.

Employees inside the facility, Kent added, will promote the region.

The timeline for the project is this: A Virginia Joint Legislative Audit and Review Commission is expected to issue a fiscal impact report by early to mid-November. Then a referendum would be held, once Bristol, Virginia, City Council endorses it, between July 1, 2020, and Jan. 1, 2021.

A discussion ensued about how the project could impact general aviation at Tri-Cities Airport.

Airport Executive Director Gene Cossey weighed in: "Anything like this when you bring an attraction in, it will generate more business for the airport. That's always a positive thing. We want more people traveling in and out of the region."