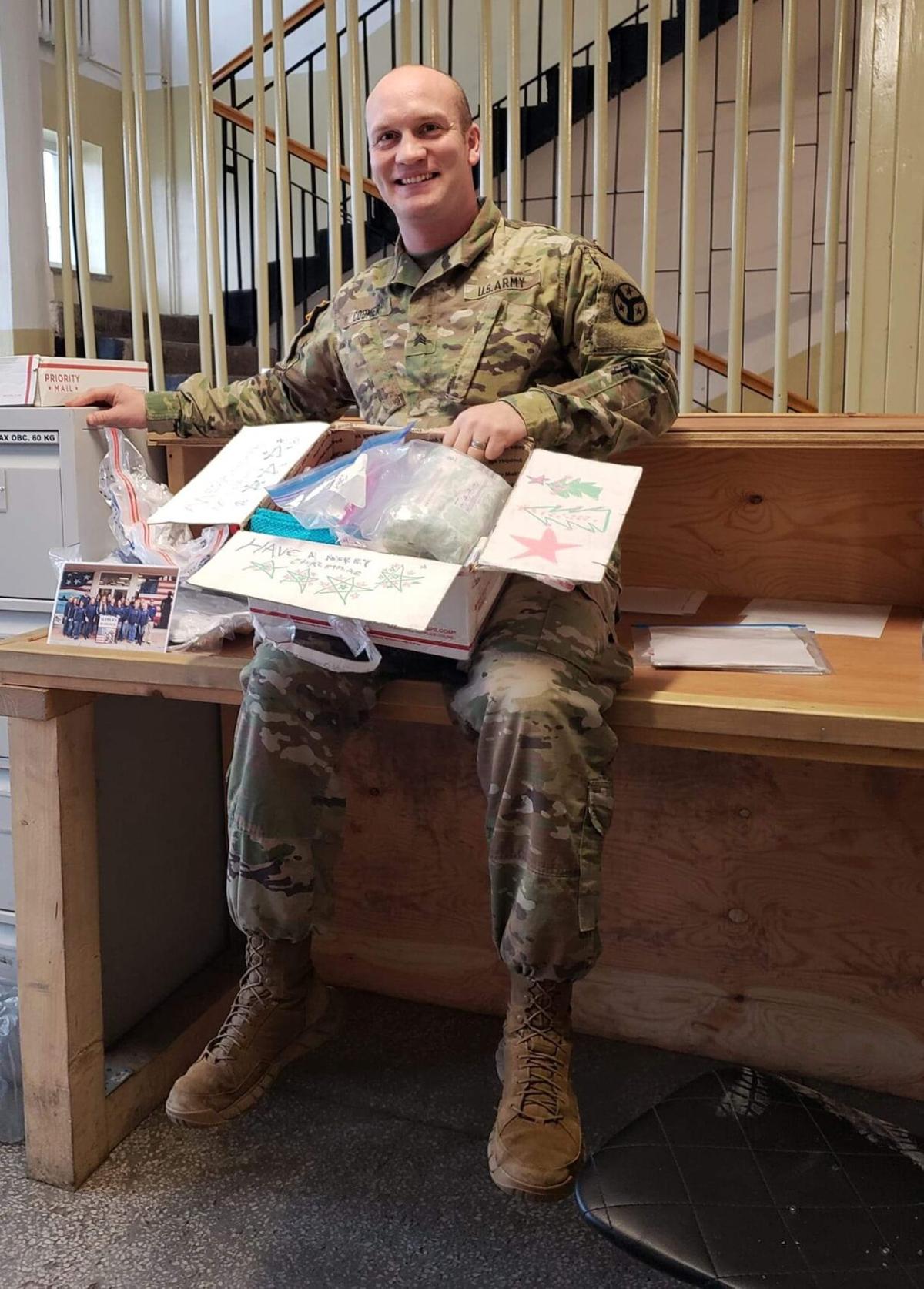 KINGSPORT — Kingsport-based Eastman has announced this year’s launch of its Supplies for Soldiers campaign, which helps military members.

For Eastman employee Travis Coomer, being overseas during the holidays in 2018 was one of the toughest times of his military deployment. One thing that helped him keep his head up was the shipment of care packages he received through Eastman’s Supplies for Soldiers campaign. Now that he’s back home, he’s paying it forward, and he hopes the Kingsport community will help do the same.

A Kingsport native, Coomer graduated from Dobyns-Bennett High School in December 2009 and joined the U.S. Army the following month. Most recently deployed to Eastern Europe from July 2018 to May 2019, Coomer missed nearly a full year of holidays, birthdays and celebrations. As tough as it was to be away from home, he had a great support system with family and loved ones sending letters, cards and care packages. He quickly realized, however, that some of his peers didn’t have that same support. So, when he received several boxes of food, hygiene and practical items from Eastman’s Supplies for Soldiers initiative just in time for Christmas that year, he did the only thing he knew to do: share the joy.

That is exactly why Eastman, with support from the Eastman Foundation, volunteers and the community, continues its annual Supplies for Soldiers campaign. This year is no different, and there are new opportunities for the community to help thanks to online shopping and giving options.

“While the COVID-19 pandemic has created some challenges with 2020 donation collections, we are adapting to this new normal and have created new ways for people to participate and give while staying safe during this year’s campaign,” said Angela McCamy, Eastman’s Supplies for Soldiers program lead. “Last year, we shipped 1,100 care packages to 105 deployed service members and their units. We would love to do the same this year … or more!”

“As a recipient of Supplies for Soldiers, I’m now volunteering with the program,” said Coomer. “I’ve seen how much it means to receive a care package. I encourage everyone to give whatever they can. Whether it’s hygiene kits, a blanket or a card, that means more than anybody can imagine when you’re not home.”