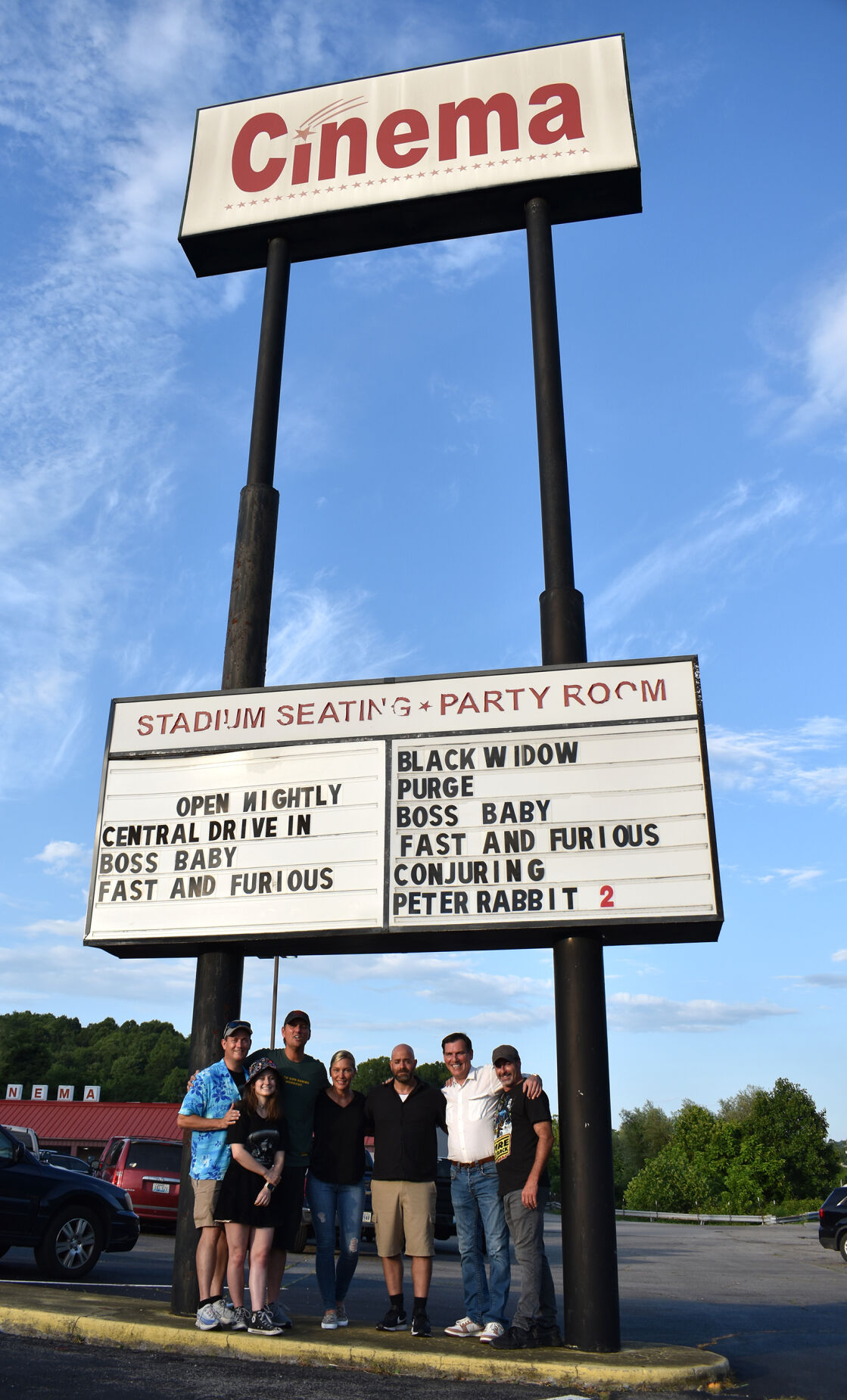 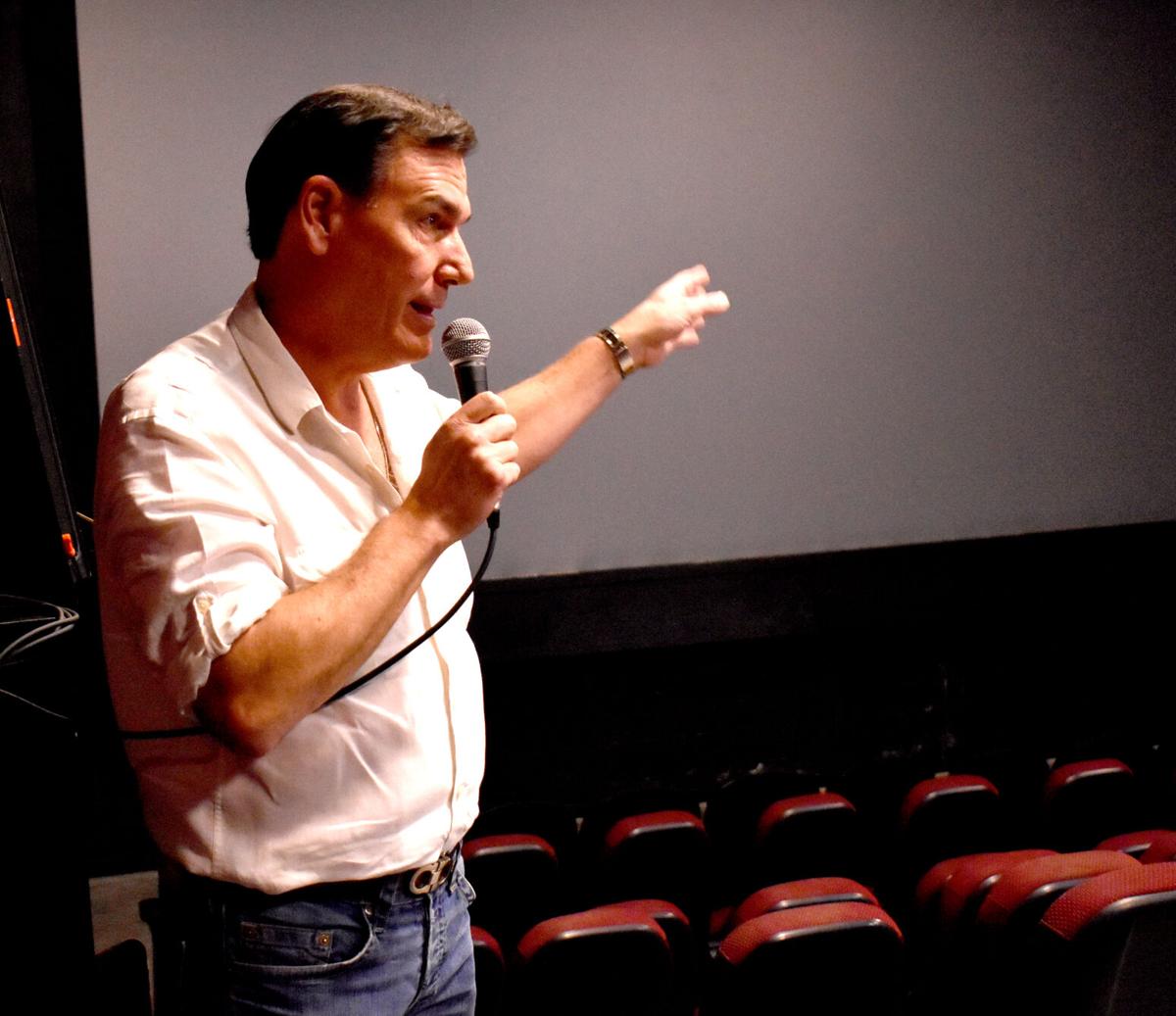 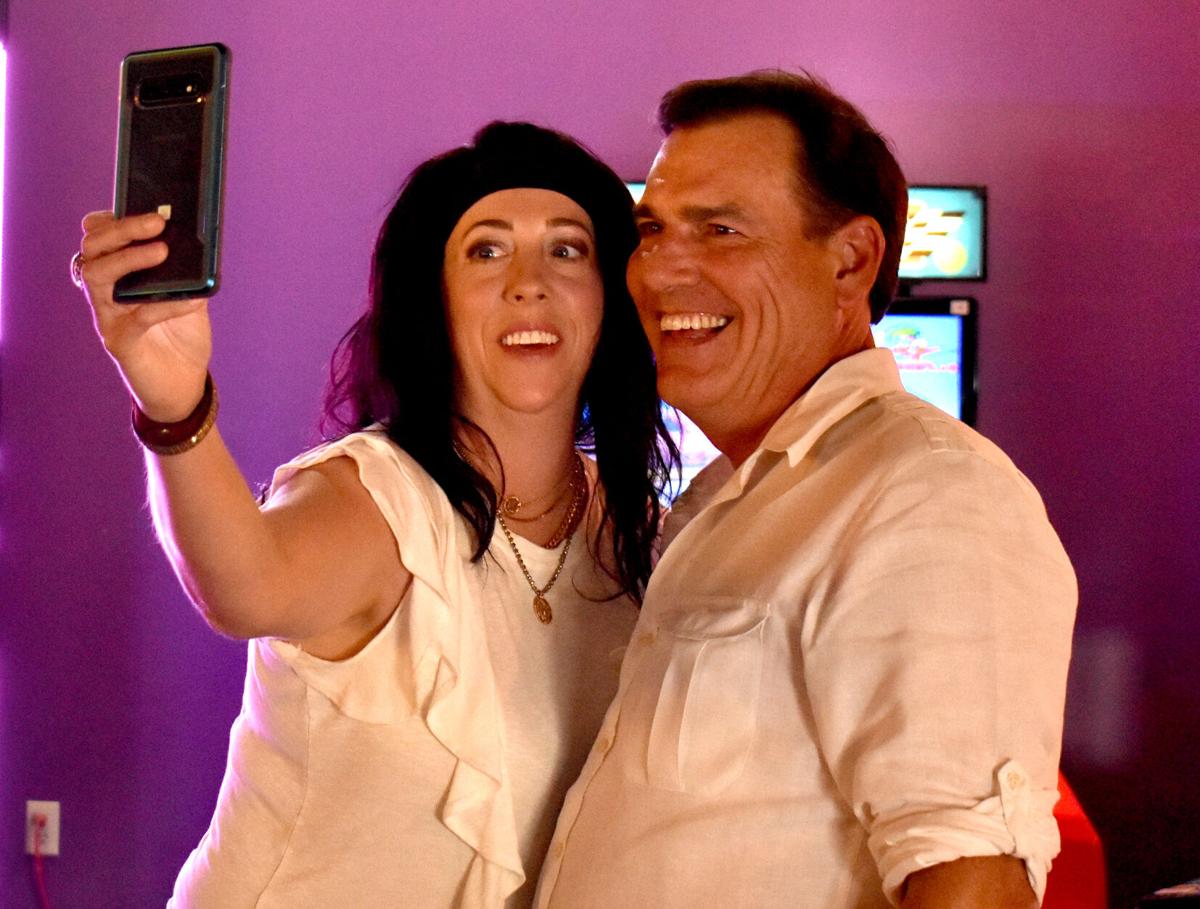 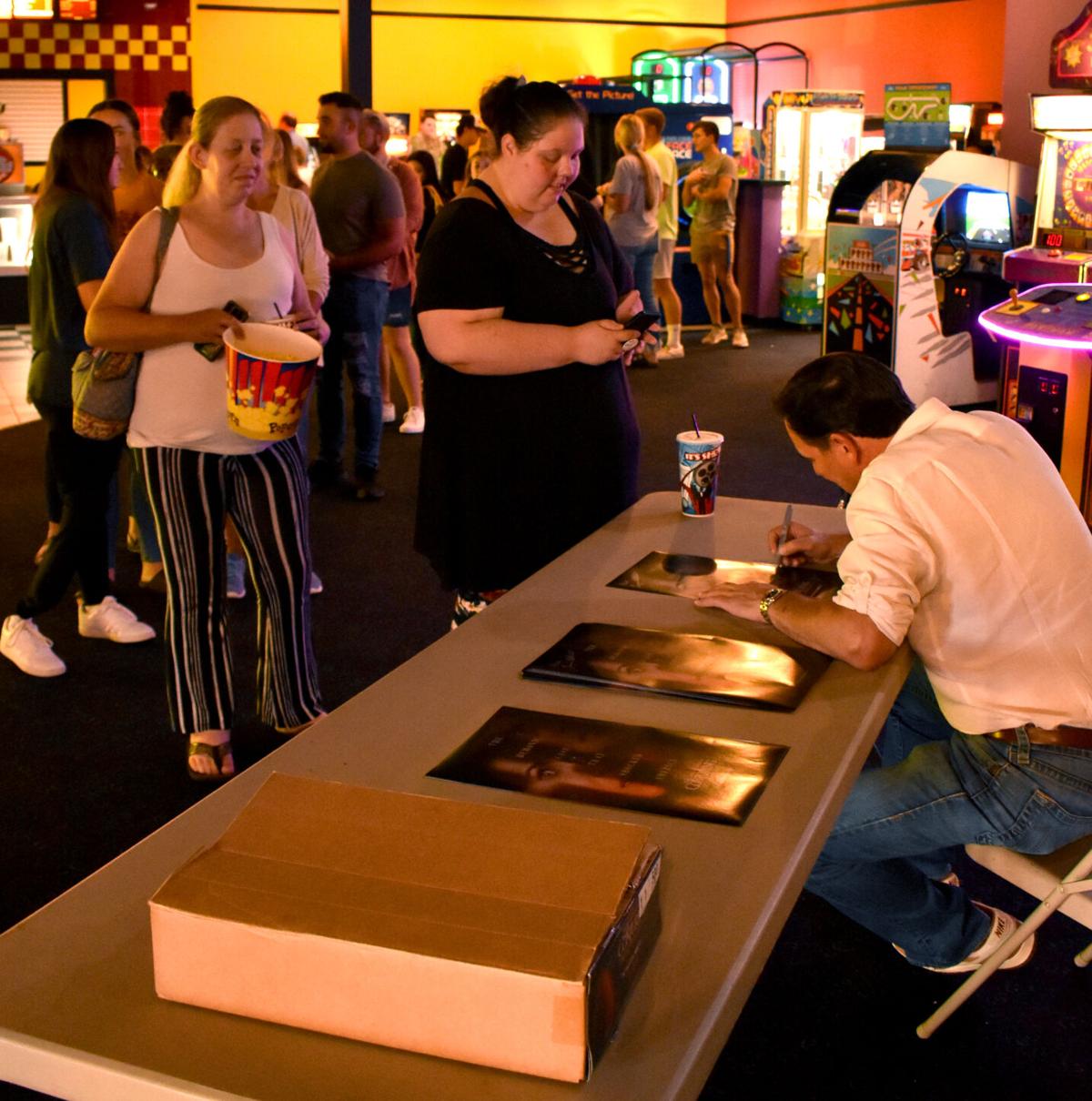 Paul Wilson, co-star of "Conjuring: the Devil Made Me Do It", autographs posters for fans at Norton Cinema City Friday. 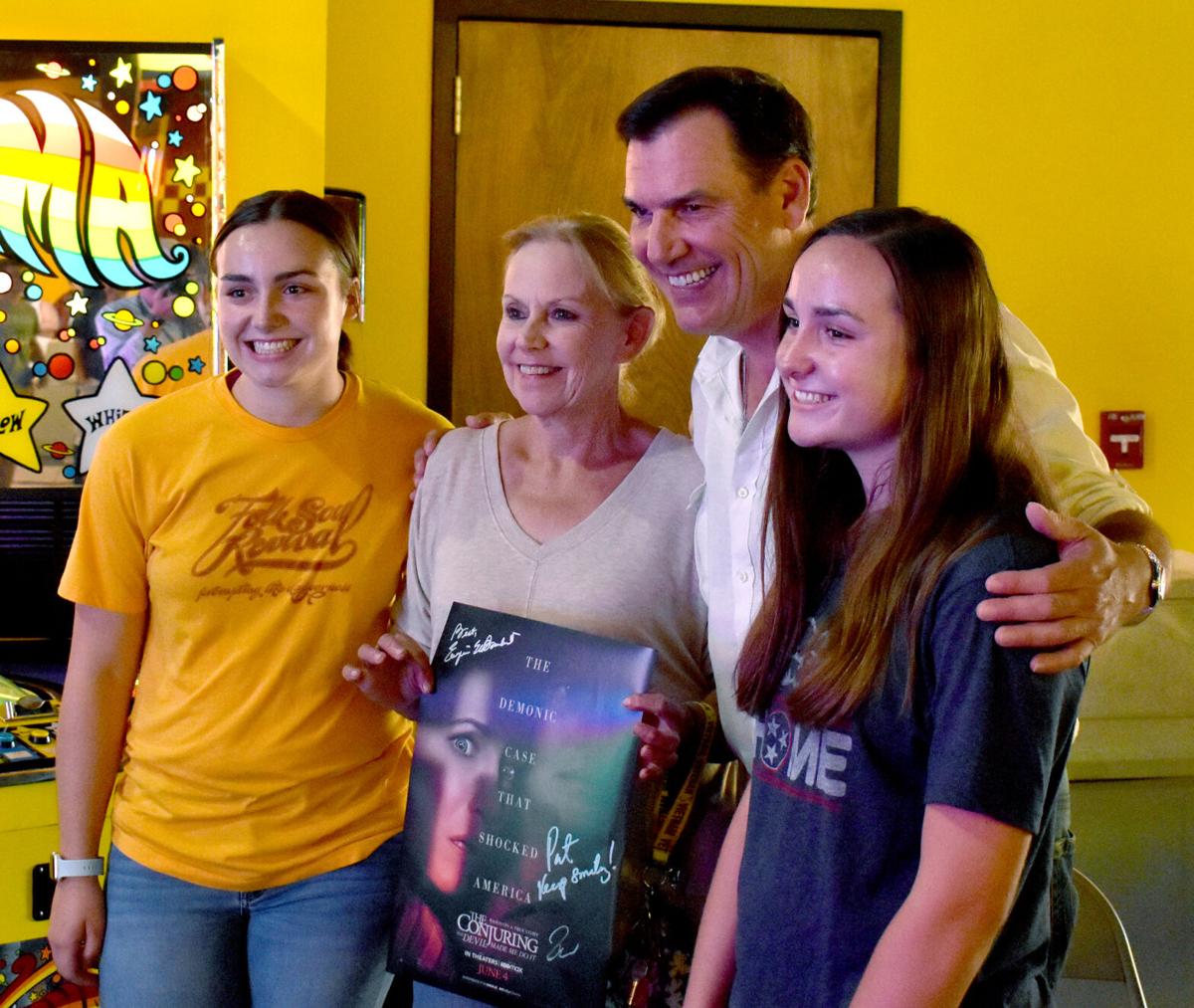 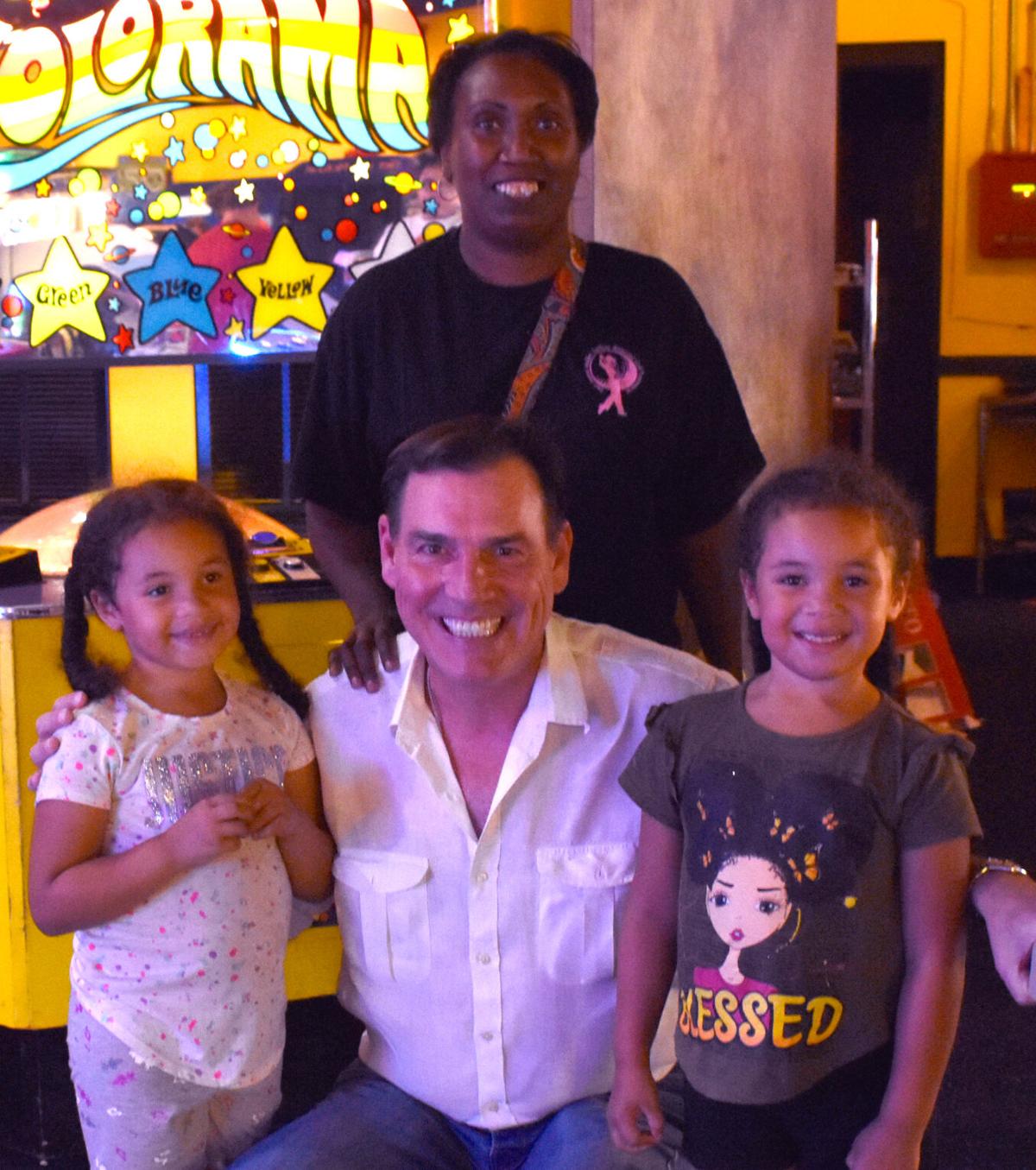 Paul Wilson, co-star of "Conjuring: the Devil Made Me Do It", autographs posters for fans at Norton Cinema City Friday.

NORTON — Paul Wilson will tell you that he is the oldest and the best looking of the acting Wilson brothers.

Wilson, brother of Patrick Wilson and a co-star in the latest of the “Conjuring” supernatural horror franchise, joined cast and production team members from another horror film with some local connections Friday for the first of two fan meet-and-greets at the Norton Cinema City.

About 40 fans of all ages came for a special showing of the movies “Conjuring: The Devil Made Me Do It” and “Slayed.”

Wilson, who gave fans some background of “Conjuring: The Devil Made Me Do It,” signed posters and enjoyed taking selfies with fans, said he shares decades of Southwest Virginia roots with youngest brother Patrick and middle sibling Mark.

“This was not a movie that was intended for theaters because they never thought we’d have theaters,” Wilson told the fans about the film’s delayed release because of the pandemic. “It’s just a love story because their testing was they really liked the chemistry between Patrick and (co-star Vera Farmiga) and played that up a little bit.”

Wilson said his role as the father of a boy possessed by a demon becomes “every father’s nightmare” when the demon leaves the son’s body and inhabits his daughter’s teenage boyfriend. Patrick Wilson and Farmiga, as supernatural fighting couple Ed and Lorraine Warren, enter the plot at that point.

Based on the true story of the Warren’s career, the latest Conjuring installment was more than a movie for Wilson

“It was based on a real case,” Wilson said. “It became very serious as we met the real people from the incident, which was the subject of a book, “Devil in Connecticut.”

“It’s a classic horror slasher movie set in a water treatment plant in Harris County, Arizona,” said Klock, also a part-time sheriff’s deputy in Stafford, Virginia. “We were working on a project and a co-worker told us about the plant and said I had to film there.”

“He was writing this other project,” Marcie added, “and the next thing we knew, he was working on the script for ‘Slayed.’ ”

Jim said the first time he visited Wise he went to a movie at the Central Drive-in near Norton and fell in love with the area.

“Being in a drive-in was just fun,” Klock said, “and this is a beautiful area.”

“It’s great for people here to see these kinds of local connections and to be able to meet people in the film business,” Herron said.

“In the ’70s and ’80s and ’90s and until the passing of our grandparents,” this was our Disneyland,” Wilson said of summers spent in Big Stone Gap. “My father was born and raised here. My dad’s childhood home is still there, and we enjoy it as often as we can.”

Fishing, learning to play golf — Paul’s grandfather was the manager at Lonesome Pine Country Club’s pro shop — and even driving the occasional golf cart into a pond filled the brothers’ summers.

“This is where we like to come and create and write and produce,” Wilson said, “and when I have a project I usually stop here.”

“Big Stone Gap’s come a long way,” Wilson said. “There’s a lot of changes, but there’s something wonderful about not a lot of change. It reminds us of being kids again.”

Wilson and the “Slayed” cast and crew will be back at Norton Cinema City on Saturday at 2 p.m.