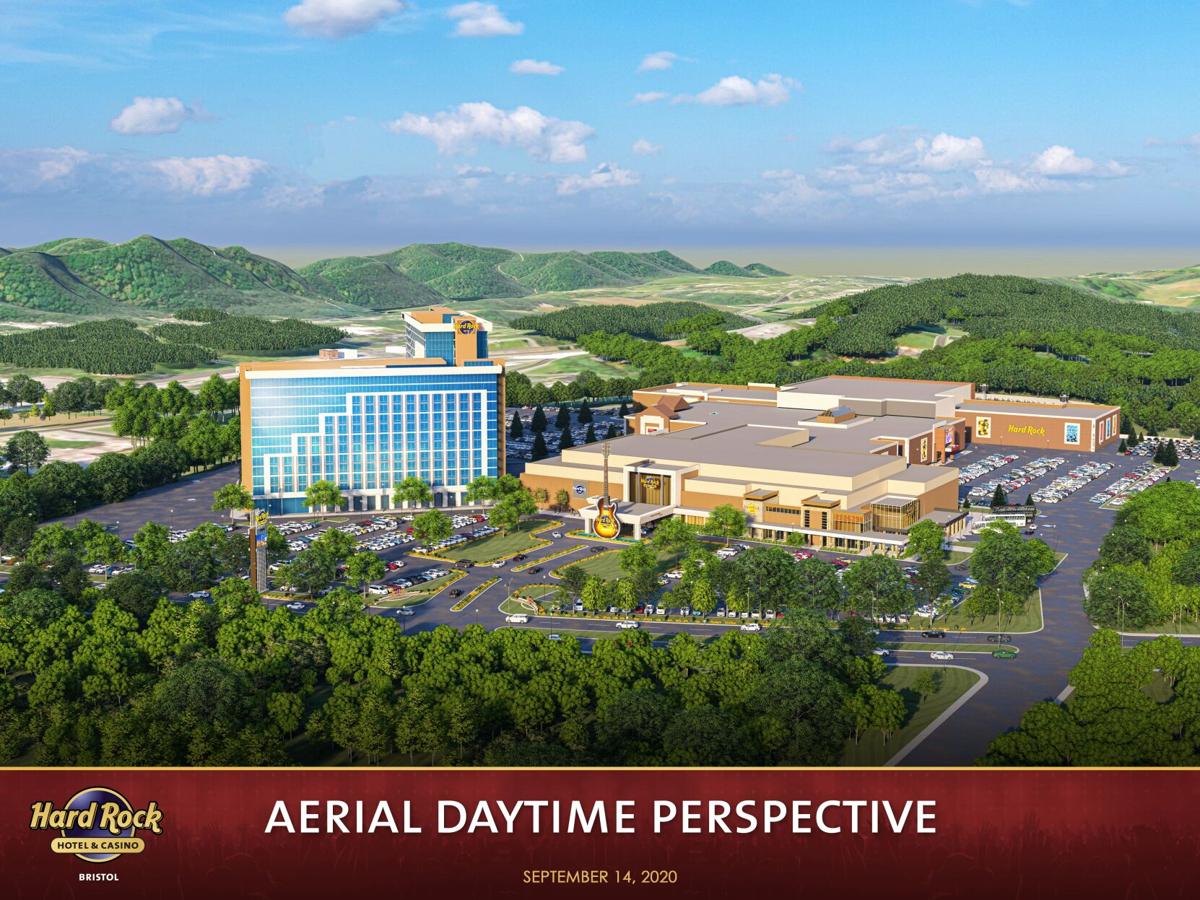 This 2020 artist’s rendering of the planned Hard Rock Hotel and Casino Bristol shows a heavily renovated main building that once was the Bristol Mall as well as two hotel towers. The project also will include stores, restaurants, conference areas and a concert venue, shown below. 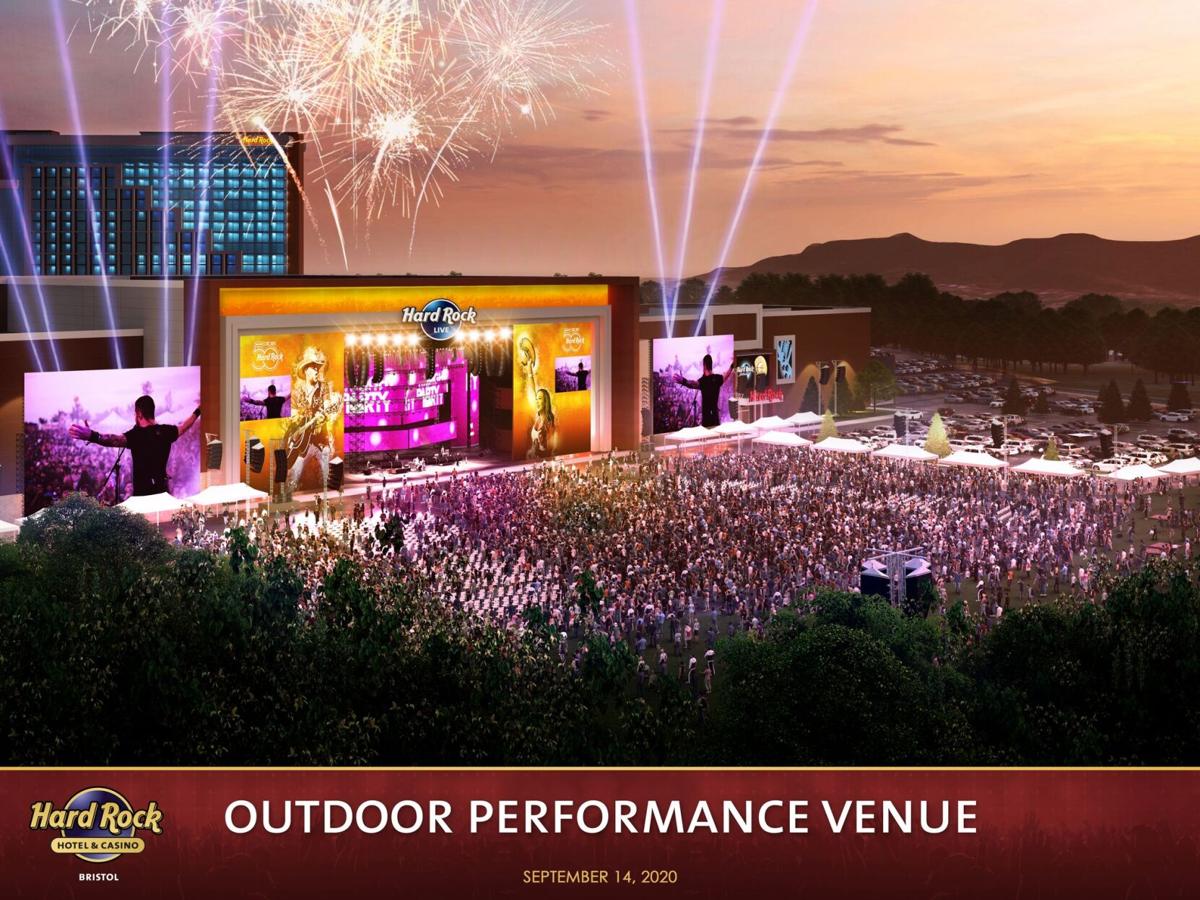 This 2020 artist’s rendering of the planned Hard Rock Hotel and Casino Bristol shows a heavily renovated main building that once was the Bristol Mall as well as two hotel towers. The project also will include stores, restaurants, conference areas and a concert venue, shown below.

BRISTOL, Va. — There are no cranes, bulldozers or construction teams currently taking to the former Bristol Mall building that will soon become the Hard Rock Hotel and Casino Bristol. But Martin Kent, the president of The United Company, wants the community to know this: The work continues — and the casino is coming.

“While you haven’t seen cranes, bulldozers, dirt and dump trucks, a lot has happened behind the scenes,” Kent told the Kingsport Times News.

One project holdup has been licensing requirements. As of June, casino projects must apply for official casino licensing through the Virginia Lottery Board. Kent said that process is underway.

“We have to go through the process with the lottery,” Kent said. “It’s a requirement, and we are obviously doing that to the letter of the law.

“The fact of the matter is it’s a new industry to Virginia, and we are the first to get the ball moving. There are a lot of nuances that we’re navigating as we move forward.”

The Bristol casino jumped its largest hurdle in 2020 when the General Assembly and Gov. Ralph Northam passed the casino bill allowing commercial casino gaming in Virginia. Bristol businessmen Jim McGlothlin and Clyde Stacey dreamed of turning the old Bristol Mall on the Gate City Highway in Bristol, Virginia, into the region’s first casino in the commonwealth and announced their goals in 2018. After the new bill was passed, the project also required approval of taxpayers — which it received by over 70% of the vote last year.

The project includes transforming the 500,000-square-foot former mall into a casino and building two hotel towers on the site. The resort will offer a casino with 2,700 slot machines and 100 table games, multiple restaurants and bars, an outdoor concert venue, convention space, multiple shops and more. The project will cost more than $300 million.

The resort is also slated to offer approximately 2,000 direct, permanent jobs and several thousand indirect and induced jobs, Kent said. The project will also offer over 1,000 construction jobs. The temporary casino is set for completion, Kent said, by the end of the first quarter in 2022. And in the following year and a half to two years, the entire project is slated for completion.

“We believe we can still meet that goal,” Kent said.

Casino projects in Virginia are also slated for Danville, Norfolk, Portsmouth and Richmond, but, Kent said, the Bristol project is somewhat of a trailblazer.

“We are the first because we have existing infrastructure to be able to move forward,” Kent said.” Not only is this new for Virginia, but we are probably ahead of the sphere in Bristol as far as being able to go forward with the casino project and ultimately the full resort.”

Those aiming to make the casino and resort dream a reality faced some concerns regarding the community once a casino is built in Bristol. Kent said the regulations required at casinos as well as efforts to work with law enforcement are set for the casino’s future.

“I’m not aware of any regulatory structure that is as stringent as it will be on casinos. You have to be 21 years of age to even step foot on the casino floor. There will be a number of the security checkpoints, and the lottery will also have a permanent office at the casino. We will be under intense scrutiny, rightfully so, from the very beginning.”

“The last thing we want to be is known as an entity that harms people in any way or is a problem that can’t be managed. We’re unique in that the majority of the investors in this project are Bristolians. We live here. What happens matters to us every day.”

Part of the draw to bring casinos to Virginia is to create a new source of revenue in areas that are economically depressed and have seen dwindling industry throughout the years. The project isn’t solely focused on the casino aspect, Kent said. It also draws on Bristol’s music history as well as different shops and dining options from elsewhere in the region.

“I want to reassure folks this project is still going forward,” Kent said. “We’re still working on it even though you’re not seeing the exterior renovations. Maybe you thought by now you would, but I can assure you a lot is going on. It remains a priority. We are moving forward with it.”

For more information and future updates, go to https://www.hardrockhotelcasinobristol.com/.

The Bristol Casino project is inching closer to physical work at the Bristol Mall site.