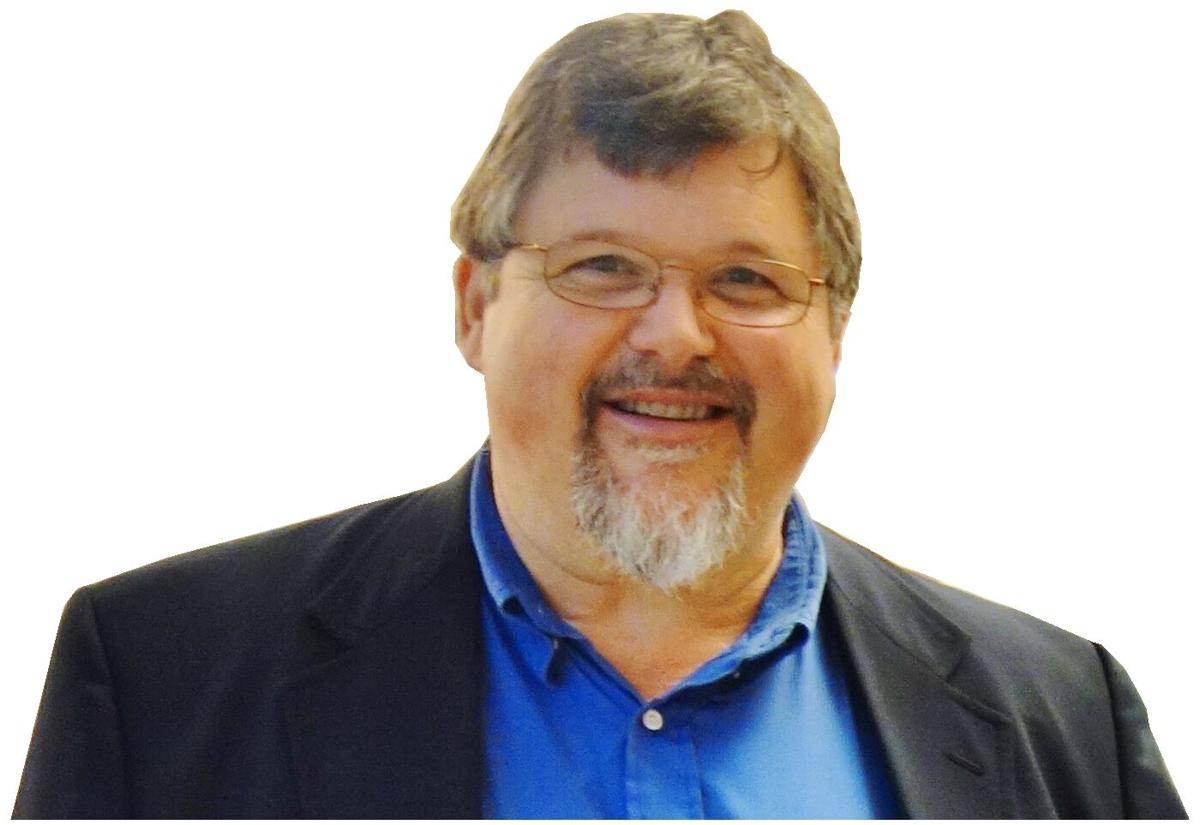 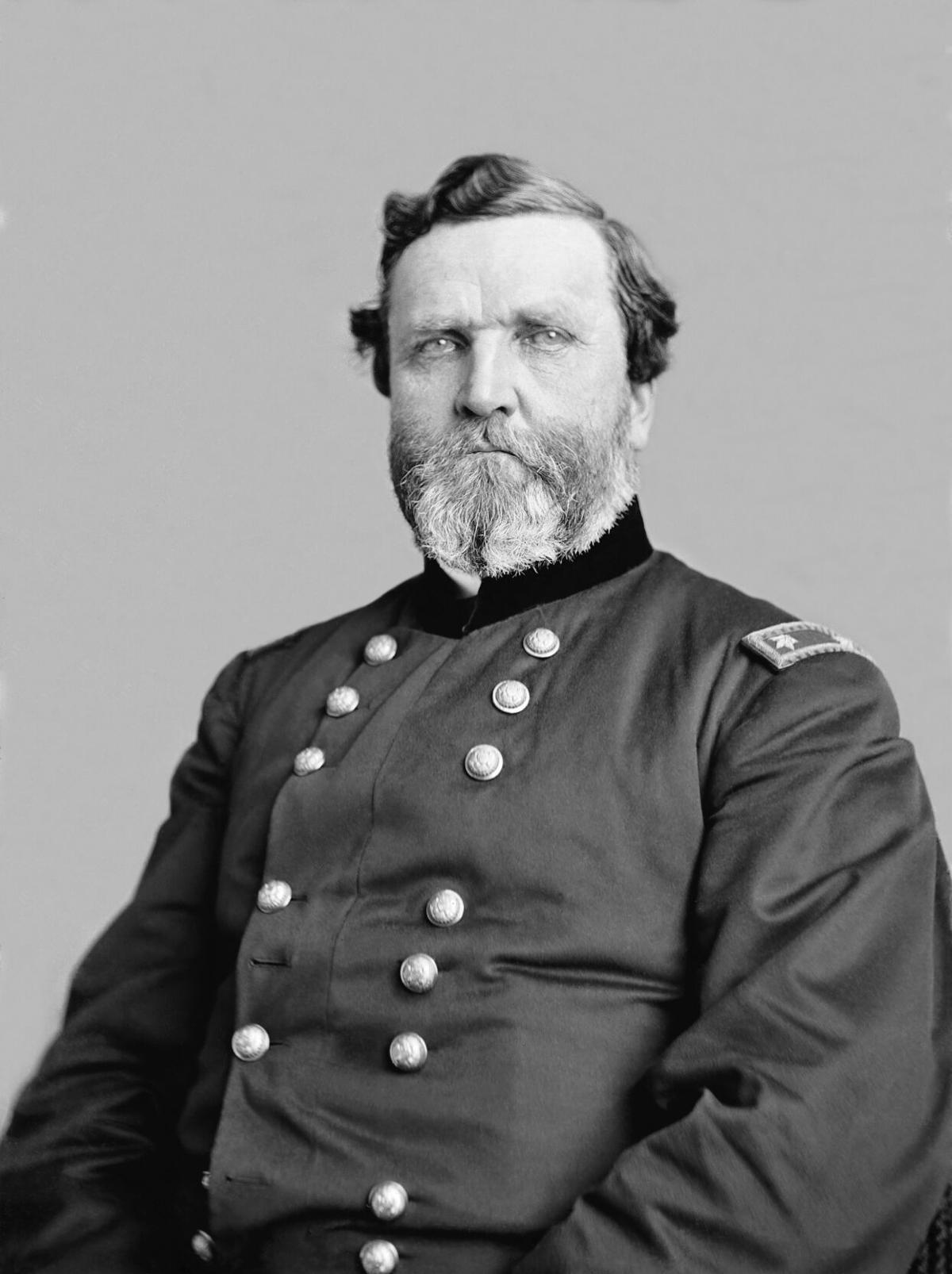 Whether 'Old Pap' to his men or 'Old Slow Trot' to critics, General George Henry Thomas is credited with preventing the entire collapse of the Union command at Chickamauga.

Whether 'Old Pap' to his men or 'Old Slow Trot' to critics, General George Henry Thomas is credited with preventing the entire collapse of the Union command at Chickamauga.

The Tri Cities Civil War Round Table will welcome Dr. Brian Steel Wills as the featured speaker for its Nov. 8 meeting and book sale.

Wills will present “Major General George H. Thomas, The Rock of Chickamauga” in Room 239 of the Renaissance Center, 1200 E. Center St., Kingsport, on Monday at 7 p.m. The program is free and open to the public.

For anyone looking to add to their Civil War library, there’ll also be a massive book sale with hardback and paperback books, CDs and DVDs, magazines and other materials available for purchase. All proceeds benefit TCCWRT and its programs. The sale will take place just outside the meeting room.

Monday’s featured program will center around Thomas who, according to Wills, will always represent a conundrum as the Virginian who sided with the North in the American Civil War and emerged as one of the best of the Union’s general officers.

Ezra Warner, the compiler of two volumes of biographical sketches of Union and Confederate commanders, has described Thomas as the “third of the triumvirate who won the war for the Union.” Whether “Old Pap” to his men or “Old Slow Trot” to critics, Thomas enjoyed many nicknames that reflected his character.

Thomas found early success at Mill Springs in 1862 and demonstrated his reliability and dependability on many others until his fateful performance at Chickamauga. It was there he exhibited his best traits as a military commander, Wills explains. In fighting that lasted from Sept. 18-20, 1863, Confederates under James Longstreet ultimately broke through the Union lines and drove most of William S. Rosecrans’ army from the field. Only the stubborn defense of the Union left flank at Snodgrass Hill and Horseshoe Ridge by Thomas prevented the entire collapse of the Union command. From that point, the Virginian in Blue became known as “the Rock of Chickamauga.”

Wills, the evening’s featured speaker, is director of the Center for the Study of the Civil War Era and professor of history at Kennesaw State University in Kennesaw, Georgia. He is a member of the Georgia Civil War Commission and immediate past president of the Atlanta Civil War Round Table. He is also the author of numerous works relating to the American Civil War. His latest publication, “Inglorious Passages: Noncombat Deaths in the American Civil War” (Kansas, 2017) received the 2018 Richard Barksdale Harwell Award, presented by the Atlanta Civil War Round Table, for the best book on a Civil War topic for 2017.

His other titles include “The River was Dyed with Blood: Nathan Bedford Forrest and Fort Pillow” (Oklahoma, 2014); “Confederate General William Dorsey Pender: The Hope of Glory” (Louisiana State University, 2013); “George Henry Thomas: As True as Steel” (Kansas, 2012), the recipient of the 2013 Harwell Award; “Gone with the Glory: The Civil War in Cinema” (Rowman and Littlefield, 2006); “The War Hits Home: The Civil War in Southeastern Virginia,” (Virginia, 2001); and an updated edition of the James I. “Bud” Robertson, Jr., “Civil War Sites in Virginia” (Virginia, 2011).

In 2000, Wills received the Outstanding Faculty Award from the Commonwealth of Virginia, one of 11 recipients from all faculty members at public and private institutions across the state. He has also received the Charles L. Dufour Award from the Civil War Round Table of New Orleans in 2013 and was just named the recipient of the Frank E. Vandiver Award of Merit in 2020 by the Houston Civil War Round Table.

Members of the Tri Cities Civil War Round Table are invited to dine with the presenter on Monday at 5 p.m. at The Chop House in Kingsport. Reservations are required; contact Wayne Strong at trustwrks@aol.com or 423-323-2306.

The TCCWRT is a nonpartisan, nonprofit, educational forum for the promotion of knowledge, commemoration and preservation of American Civil War heritage.