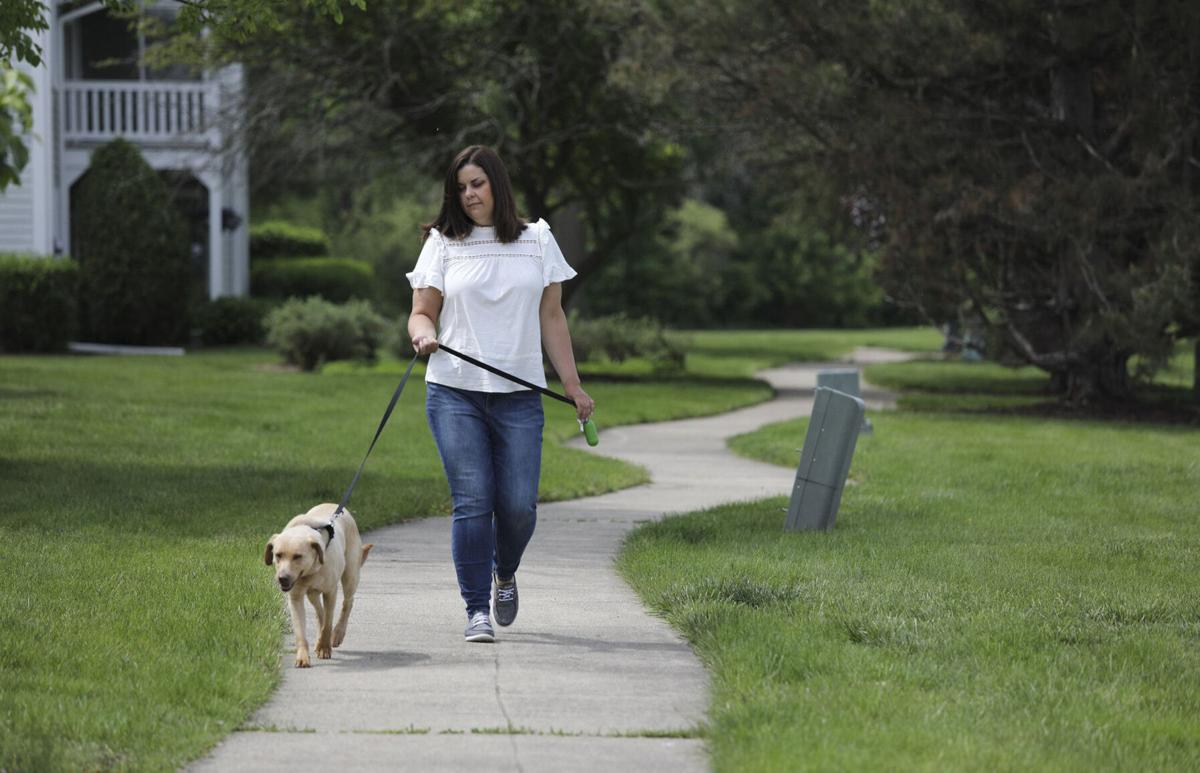 Beth Wawrzaszek takes her dog Summer out for a short walk outside her apartment on May 21. Wawrzaszek has hired a dog walker to help while she is at work. 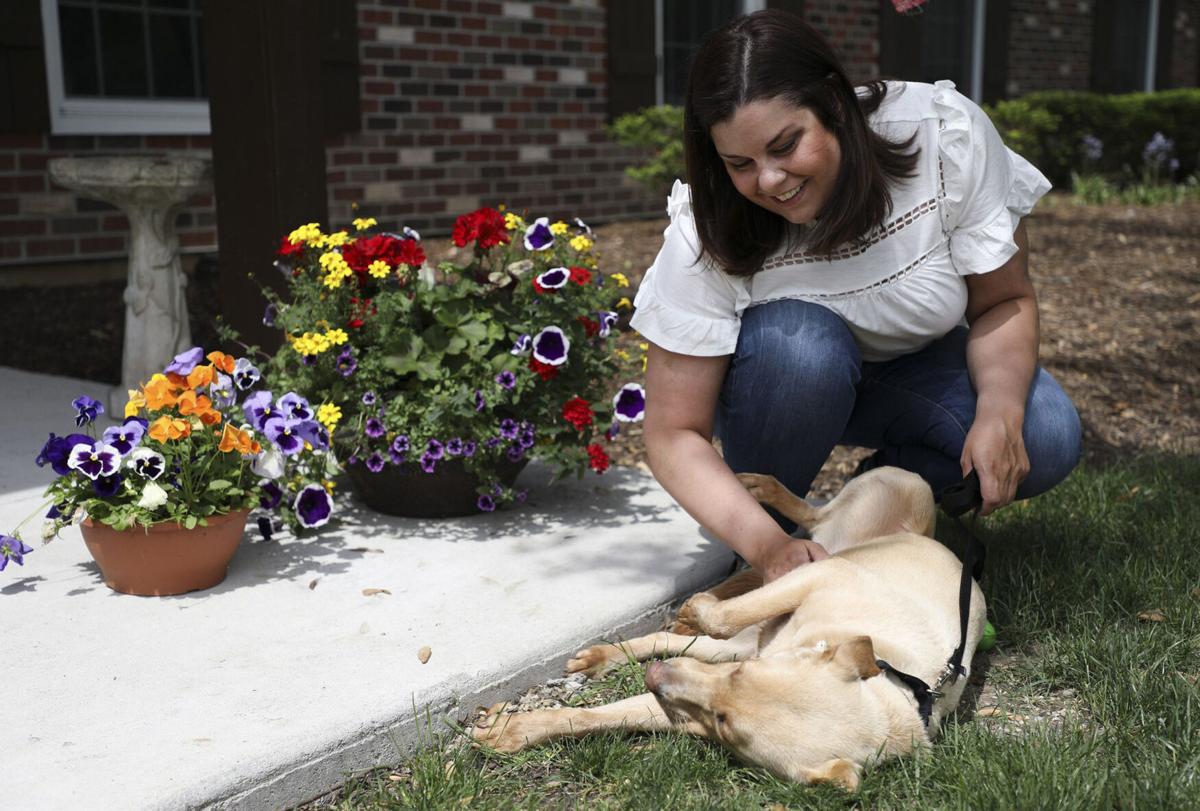 Beth Wawrzaszek first brought her dog Summer home through a foster care program earlier this spring before deciding to adopt her at the end of April.

Beth Wawrzaszek takes her dog Summer out for a short walk outside her apartment on May 21. Wawrzaszek has hired a dog walker to help while she is at work.

Beth Wawrzaszek first brought her dog Summer home through a foster care program earlier this spring before deciding to adopt her at the end of April.

CHICAGO — Your pet eased the loneliness of the COVID-19 pandemic, sitting close as you binge-watched “Bridgerton,” making cameos on your Zoom calls and forcing you outside for walks.

But now you’re vaccinated, your boss wants you back in the office at least part time, you just bought Lollapalooza tickets, and you’d really like to travel.

What happens to your faithful companion, the one who enjoyed the pandemic routine?

The health crisis created a new group of pet parents who emptied shelters in search of companionship, while the dogs, cats, rabbits and birds already in homes got used to their owners suddenly being around all the time.

There’s a transition ahead, particularly for dogs, and it might be rocky, warn the people who care for pets while you’re away.

“Dogs in their perfect world would just be sitting on your laps, and that’s really what they did for a year,” said Betsy Puterbaugh, co-owner of Yuppy Puppy, a dog day care, boarding and grooming business in Lake Bluff. “No matter what you do, you’re about to mess up their perfect world.”

After a tough 2020, Yuppy Puppy boarded 65 dogs during spring break and is half booked for summer boardings. At Windy City Dog Walkers in Chicago’s River West neighborhood, owner Tony Schreck said business is at 60% of its pre-pandemic level, and new clients calling to make arrangements are worried.

“They’ve had their puppies 24/7,” he said. “They’re very worried about what happens when they go back to work.”

Allyn Huston said he didn’t spend a lot of time with his Shih Tzu Emma when he was working in the front office of a West Loop hotel.

That changed in March 2020, when he was laid off in the early days of the pandemic.

Huston and Emma hung out together and took more walks. He has been a near-constant presence for half the 3-year-old dog’s life. “She helped me,” said Huston, 48, of Lawndale. “I wasn’t as stressed.”

Now the hotel has called Huston back to work, starting in early June. He’s mulling what that will mean for Emma, whether he should hire a dog walker, and how confused she’ll be at the start of the day.

“She sees me putting on my clothes, she assumes we’re going,” he said. “It’s definitely going to be an adjustment period.”

While there have been news reports of people bringing animals back to shelters, Chicago adoption organizations The Anti-Cruelty Society and PAWS Chicago say they aren’t getting more returns than normal. However, there are worries that shelters will see an influx of animals as eviction moratoriums end and people have to find alternate housing where pets may not be allowed or the pet deposit is unaffordable.

During the pandemic, both groups tried to educate new pet owners that the responsibilities would last far longer than the pandemic.

“It was an ideal time to get a puppy,” said Joan Harris, director of canine training and behavior at PAWS Chicago. “However, we cautioned people from the get-go that you need to teach your puppy about alone time.”

Experts advise getting pets used to new schedules far in advance of when household routines change. Invest in toys that are likely to keep them engaged. Hire a dog walker or make appointments at a day care facility for occasional visits so your pet has time to acclimate to other humans and dogs before a changed work schedule or vacation.

And if a hybrid workweek is planned, on the days at home, maintain the heading-to-the-office routine. “They’re creatures of habit,” said Lydia Krupinski, chief program officer at The Anti-Cruelty Society. “They thrive on routine.”

Naperville resident Beth Wawrzaszek’s 17-year-old dog died in March, and while she intended to foster dogs rather than adopt, a 2-year-old yellow Lab mix changed her mind.

She began doing tests to see how Summer behaved, gradually building up the time she was left alone at home.

The real test will come this week. Wawrzaszek, 37, started a new job Monday, but she feels prepared. She’s hired a dog walker and stocked up on puzzle toys and good bones that she hopes will last a few hours.

Sonia Pathania, 36, and Rup Singh, 35, of Oak Park, have kept their mini Aussie Hershey on a schedule during the pandemic despite largely working from home. They tried to find opportunities to go out, leaving Hershey alone, but it was never for more than four hours.

With their work situations changing, the couple said the dog camera they bought, which dispenses treats, might come out of the box. “I know it’s going to be hard,” Pathania said.

Experts agree it will be pets, not their parents, who have the harder transition.

“The owners are clamoring to get back to their pack,” Harris said.