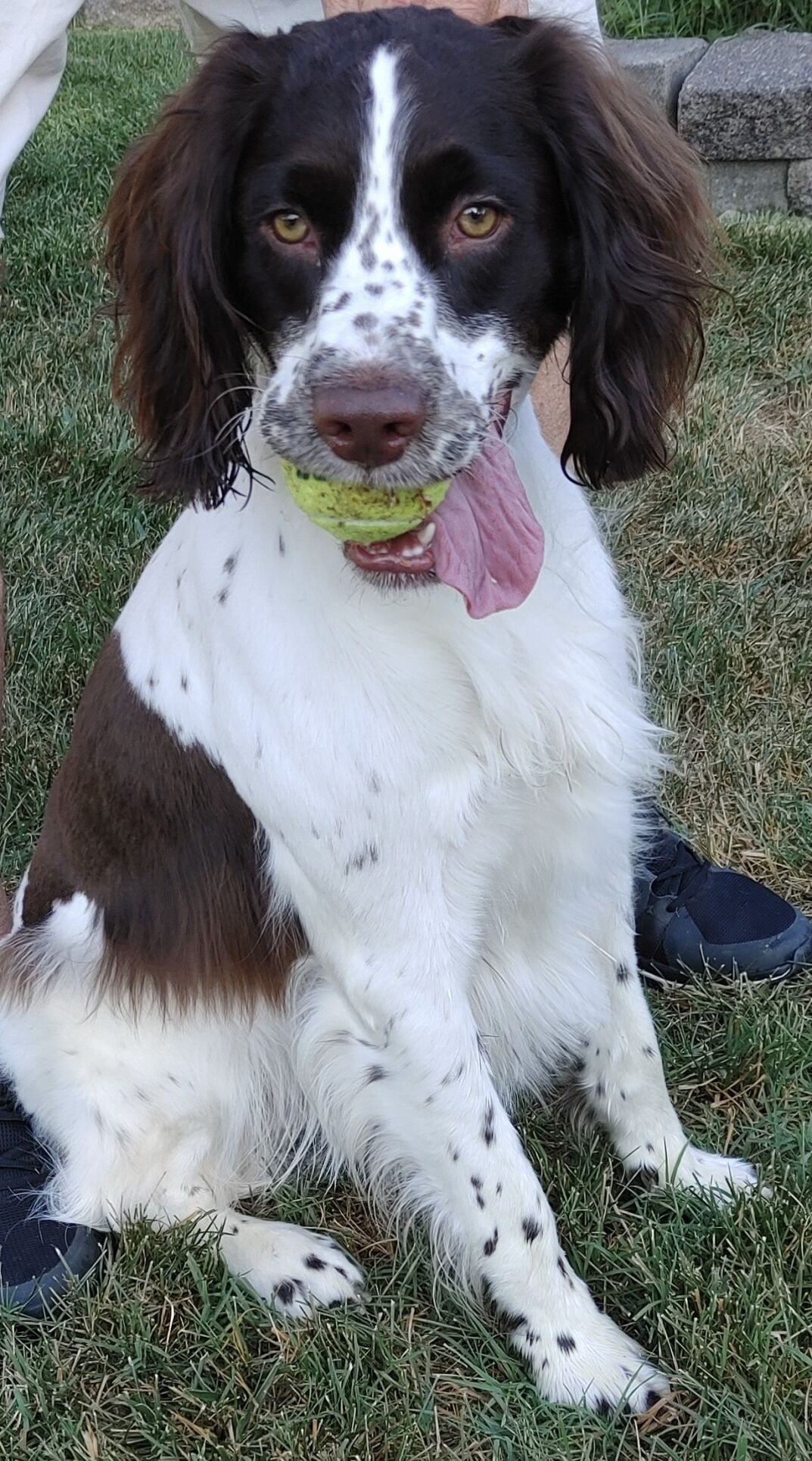 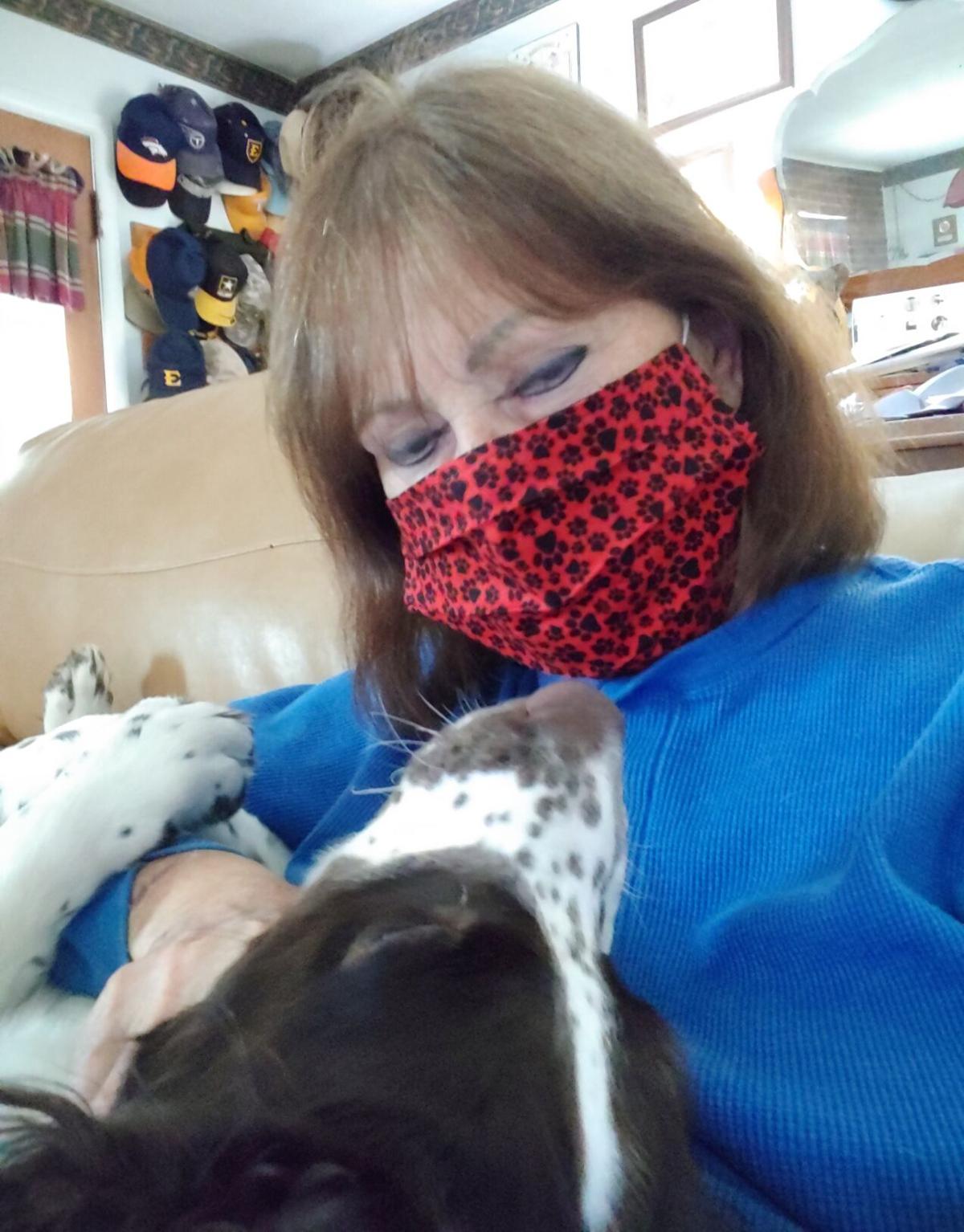 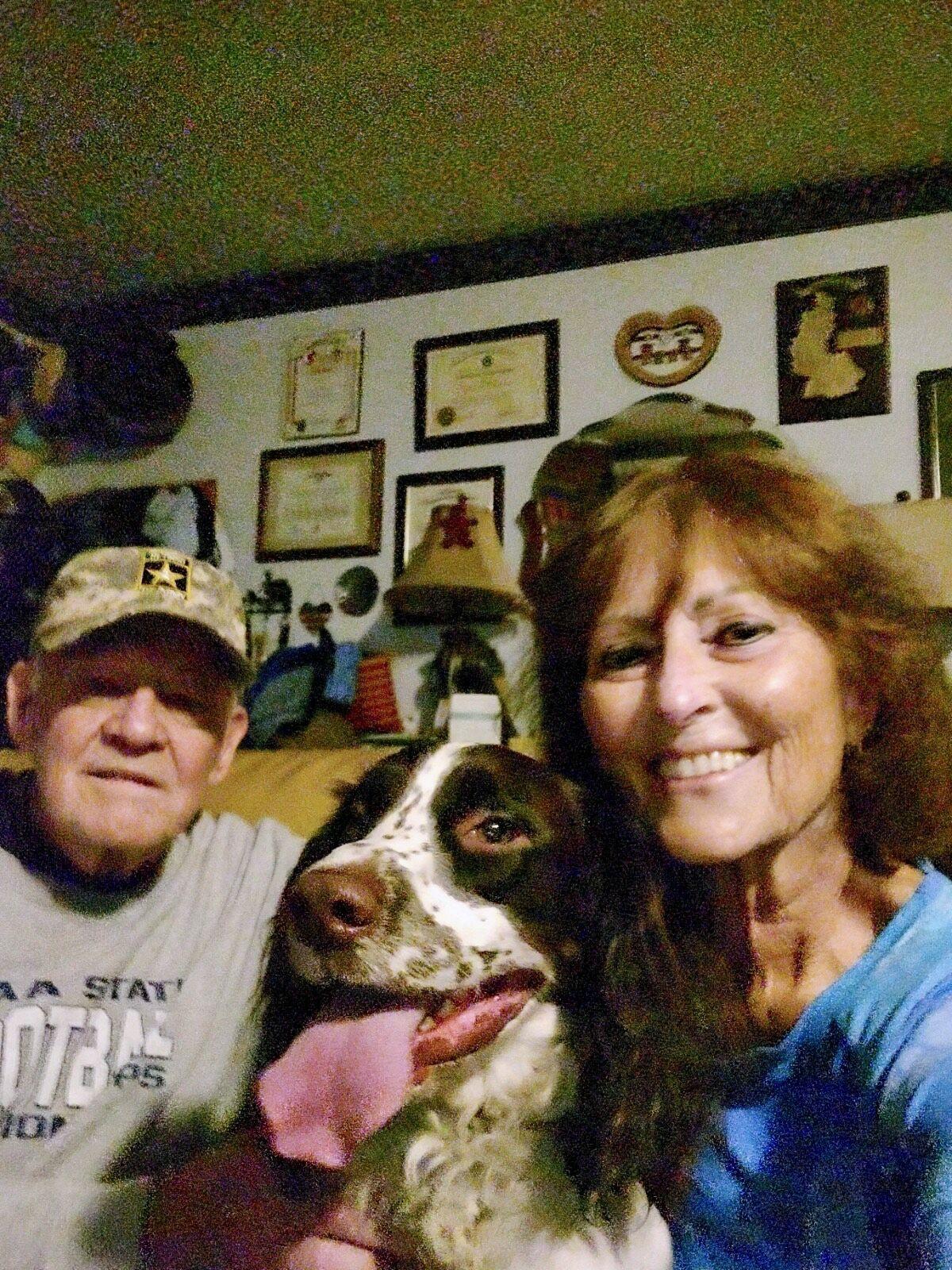 Jake is shown safe at home with Doug and Patty Dellinger. 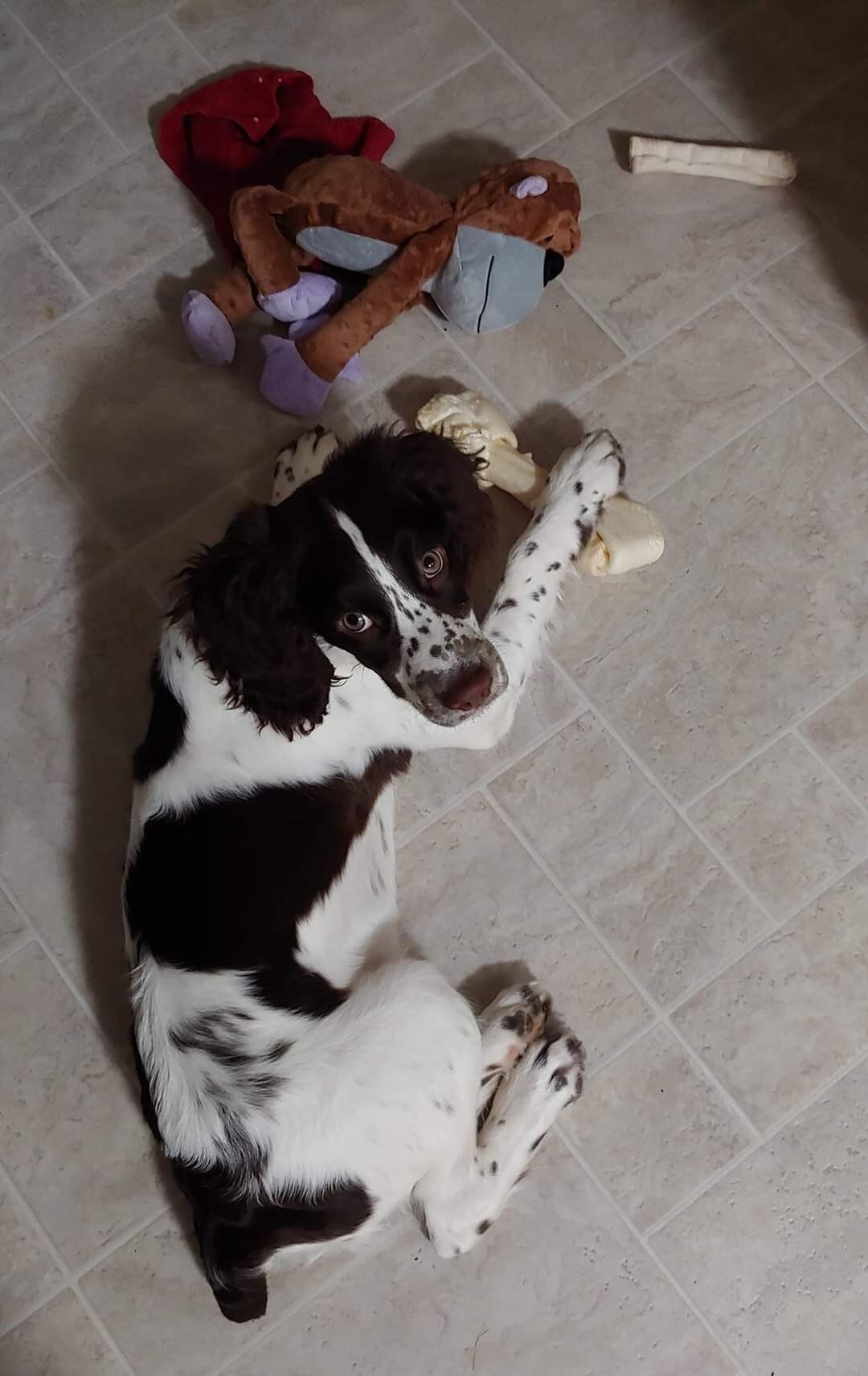 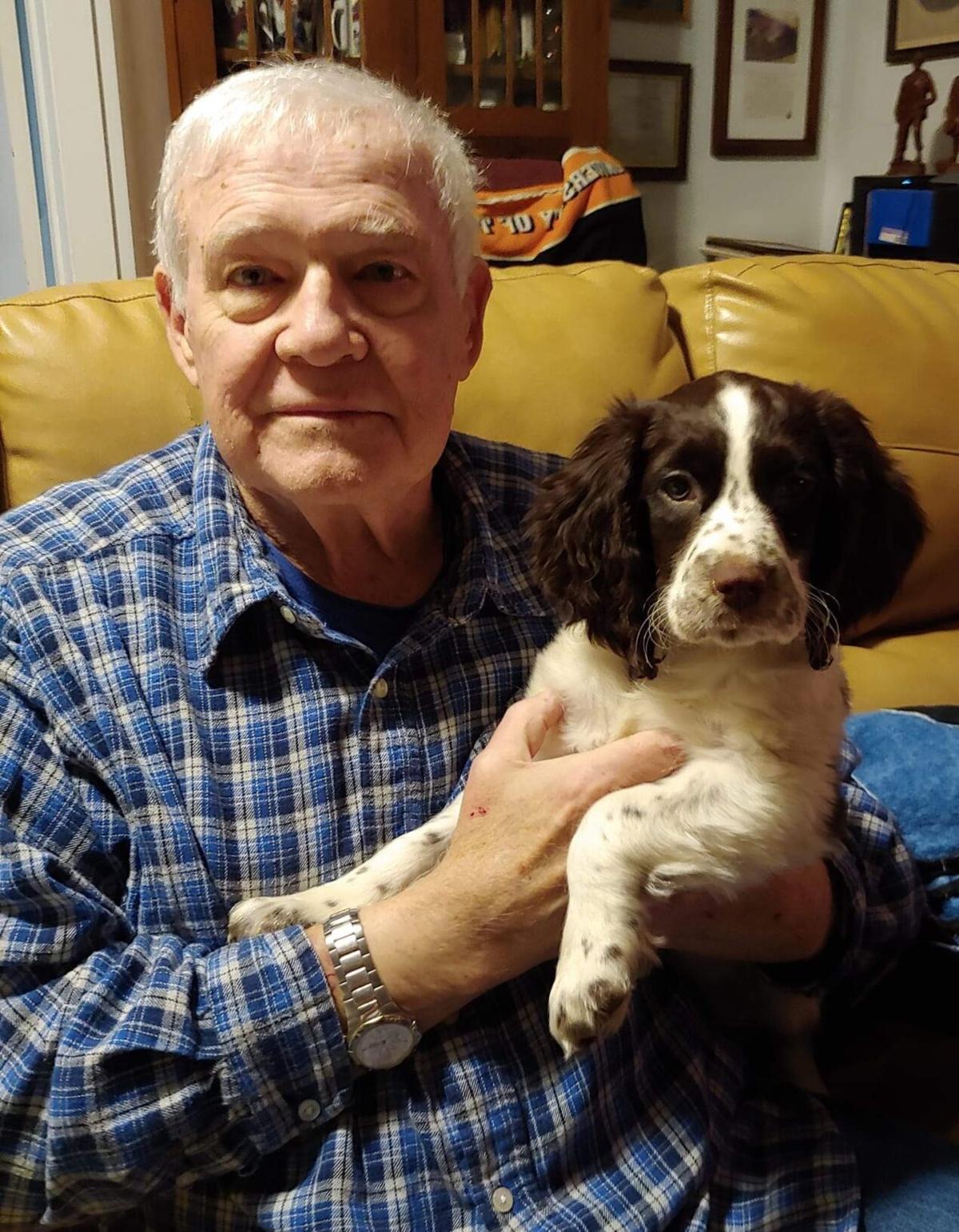 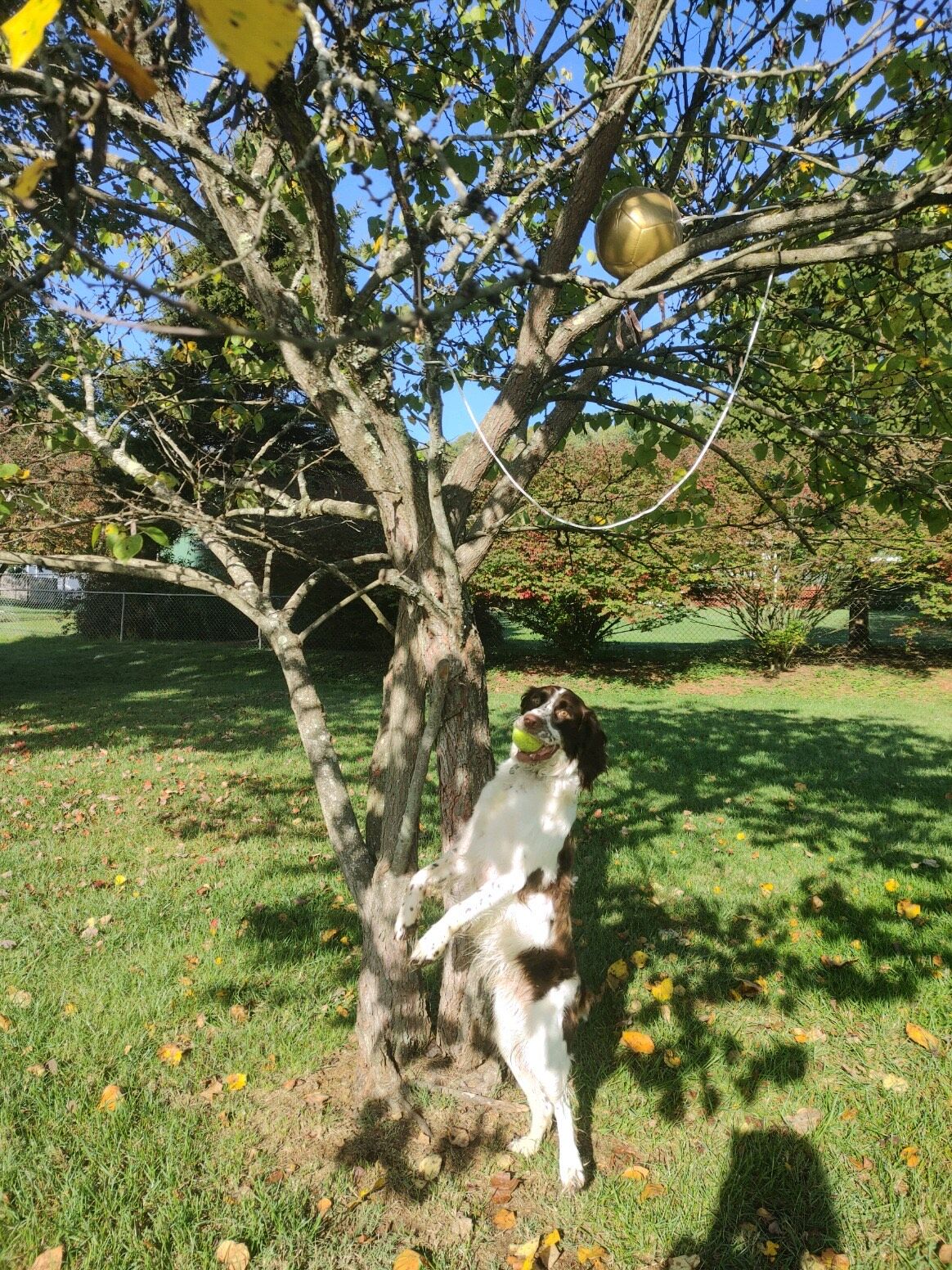 Jake is shown safe at home with Doug and Patty Dellinger.

KINGSPORT — Jake, a handsome English Springer Spaniel belonging to Patty and Doug Dellinger in Colonial Heights, worried his parents by embarking on the journey of a lifetime.

Patty, 69, and Doug, 72, are blessed with a vast family. A West Highland Terrier, a Boston Terrier, a Pug and a Red Cocker Spaniel all share a home with the couple. Compared to his older brothers and sisters, Jake holds the title of the family’s “baby” at 2 years old.

“Without children, Doug and I have always enjoyed keeping animals around the house,” Patty said. “But they’ve always been so much more than ‘animals’ — they’re our family.”

When the couple returned home from a doctor’s appointment Sept. 8, fatigue plagued not only their bodies, but their mental sensibilities. Faithfully, Patty began her routine of caring for the dogs. Her enjoyment derives from letting them bound across the yard, wild, free, and allowing them time to play with a broad collection of doggie toys.

For Jake, his obsession lies with tennis balls and stealing Bounce sheets from the dryer. Patty is a stickler to the fundamentals, keeping her beloved dogs disciplined and tame.

“We let out our other dogs and then Jake. Every time he’s supposed to come in and obeys, he’s rewarded with a piece of cheese. That’s our routine, morning and night.”

After a particularly arduous day, the couple were winding down when their neighbor abruptly called.

“She told me that Jake had gotten out while playing with her dog, that he had taken off as fast as he could.

“I could hardly breathe.”

Although exhausted, the Dellingers slipped back into their coats, retied their shoes and went driving. Patty remained on the phone with her neighbor the entire time, listening to her directions where Jake was headed.

“We finally found him near Warrior State Park, in a small grassy area. Then our neighbor yelled, ‘No, Jake. Don’t run into the woods!’ “

The Dellingers searched well into the night to no avail. Their poor luck followed them for days, bleeding into weeks.

Patty worked several hours trying to get enough information regarding Jake to animal shelters, vets, local businesses, campsites and anywhere else she could think of.

“Because of our ages and health, we couldn’t do what we physically needed to do to find him,” Patty said. “We were just heartbroken.”

Eventually, Patty took to Facebook to promote the search for Jake in a series of posts she dubbed “Jake’s Journey.”

In the past, she worked a lot with rescue animals and Lost and Found Friends, so she understood the effectiveness of a broad network of communication. Her efforts paid off. Friends, family and strangers alike came out, covering every inch to find the Dellingers’ lost family member.

“After two dreadful weeks, we really caught a break. Several reports came in about Jake staying near the railroad tracks, going in and out of the forest. So we left several blankets, food, water, and of course a tennis ball for our boy. When my husband and I came back, I could’ve wept with joy — the tennis ball was long gone!”

Feeling as if they were narrowing in on Jake’s location, the couple stayed behind the wheel for even longer hours, scanning the roads and close to the forest. One evening right before dusk and nearly three weeks after his disappearance, the Dellingers at last spotted Jake at the edge of the thicket.

“We just quietly got out of the car and camped out on the grass. We saw our boy’s eyes shine in the creeping dark from the flashlight,” Patty said.

Attempting to coax Jake within their reach, the couple laid out items that proved too irresistible: cheese, tennis balls and, most importantly, their love. After talking to him for hours, Jake recognized his old routine.

“He proceeded to crawl on all fours back to us,” Patty said.

“At last, he sniffed Doug’s hands, then mine, and started doing backflips! When we got him back home, we were washed in relief, and our boy went to fetch his tennis ball before curling up on the couch. All of us were ecstatic that our boy’s journey had come to an end, but none more thankful than Jake himself, I’m sure.”