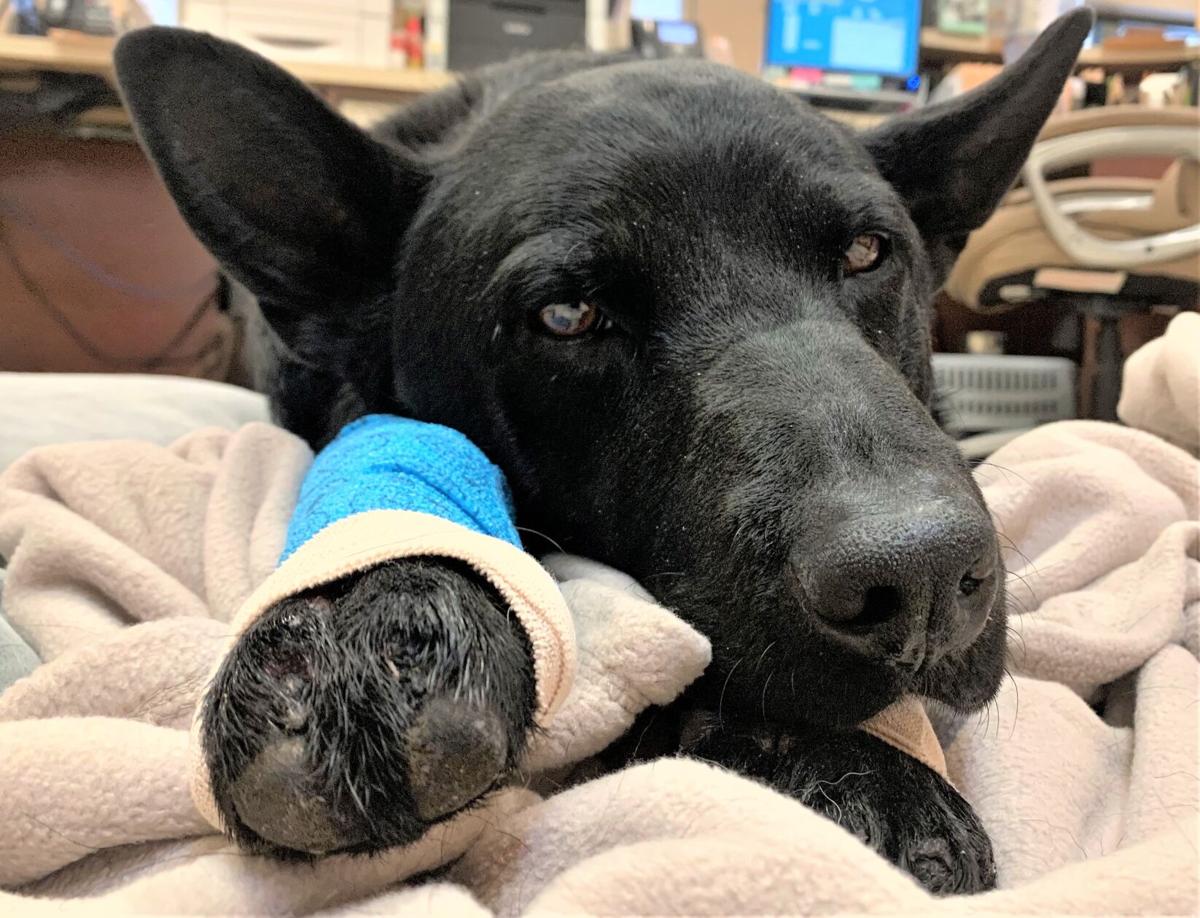 Church the dog is recovering, but expected to remain hospitalized for a minimum of four to eight weeks. 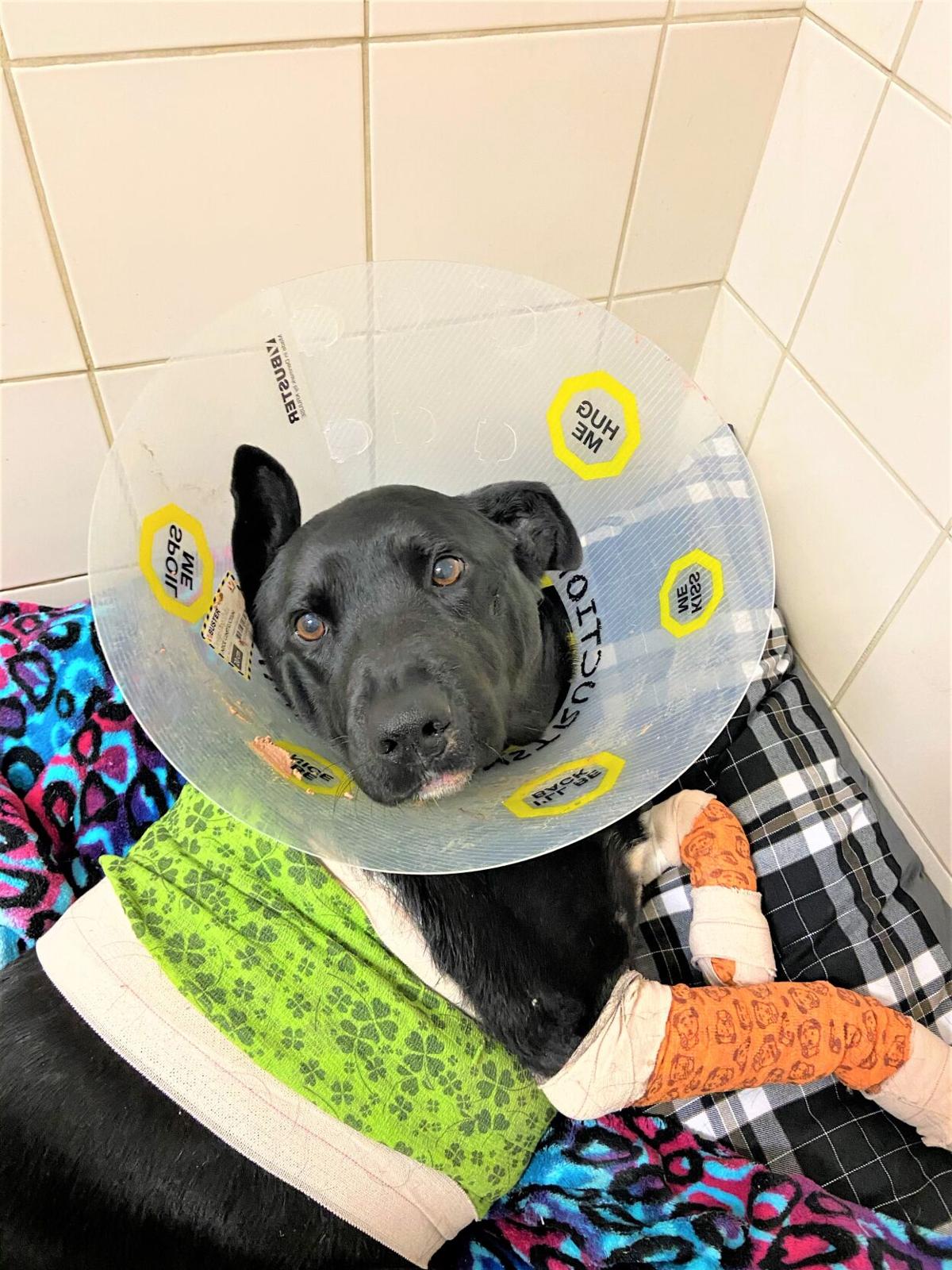 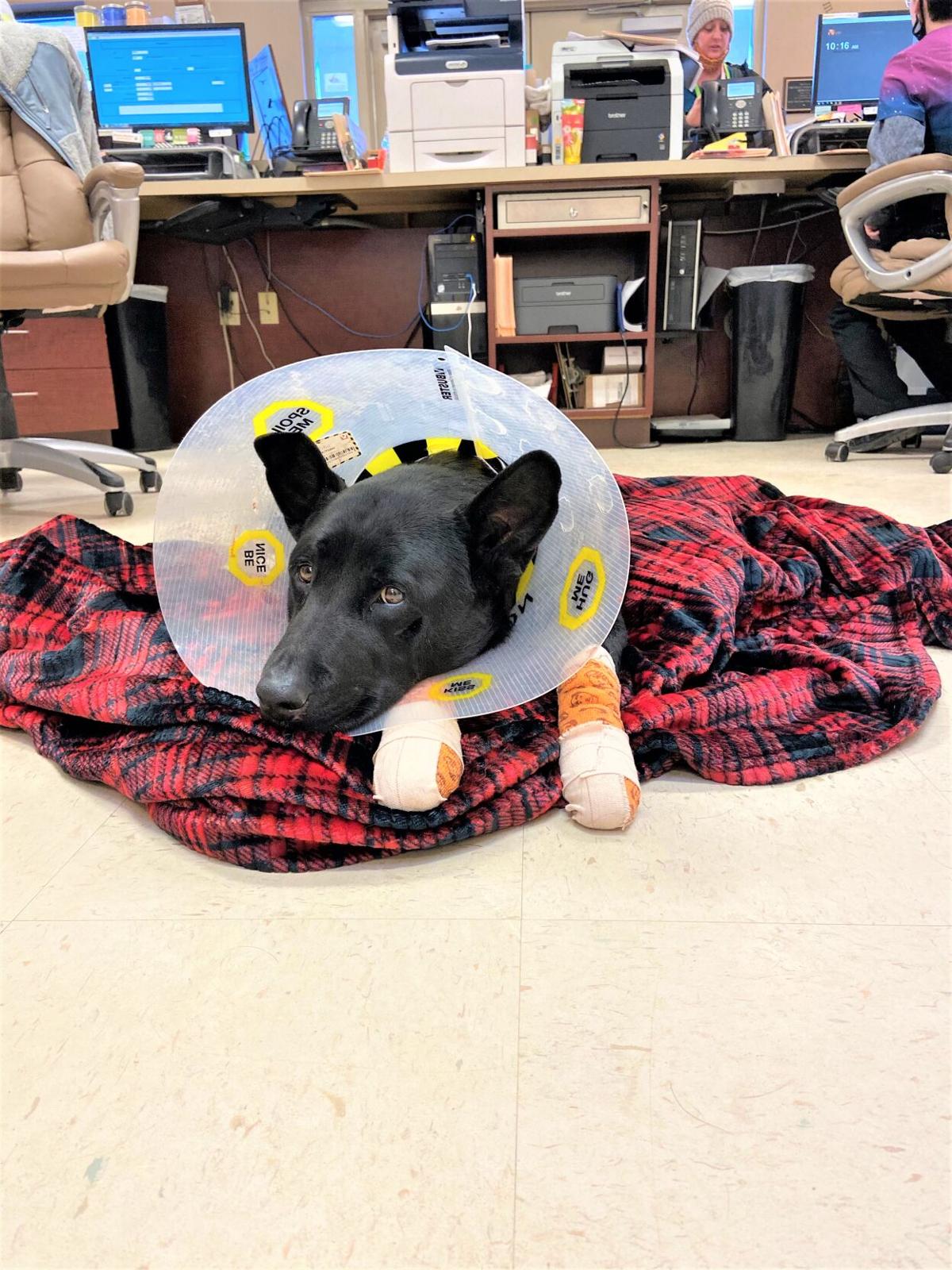 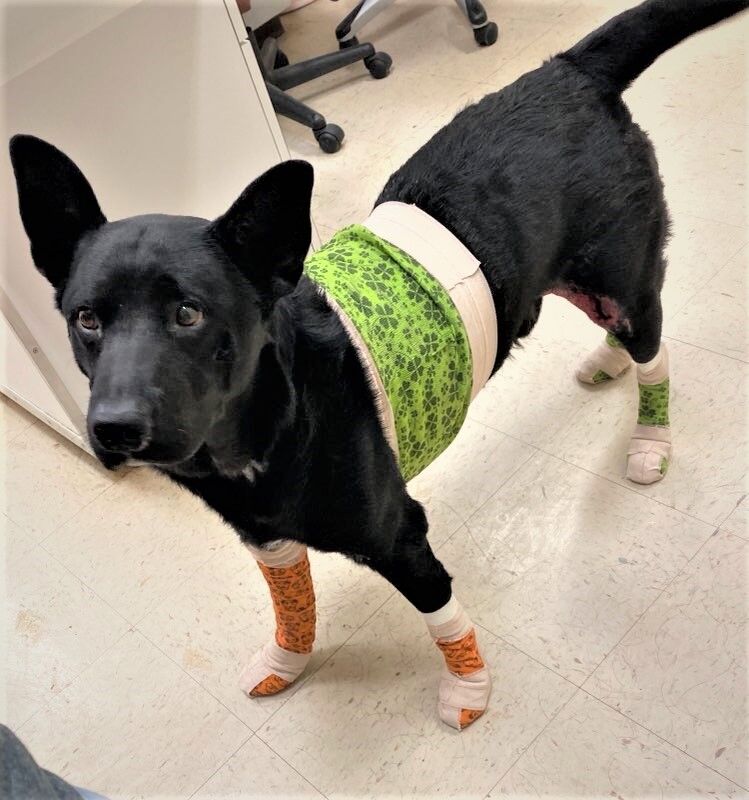 Church the dog is recovering, but expected to remain hospitalized for a minimum of four to eight weeks.

KINGSPORT — He’s got a name, is recovering and is being treated like a pampered pet at Andes Straley Veterinary Hospital, where his medical expenses have been partially covered by generous members of the public.

Church, a 2- to 3-year-old German shepherd mix, is the dog found injured a month ago by congregants of Gospel Mission Church on Lone Star Road. He had been tied to and dragged behind a car in the church parking lot the night before those churchgoers arrived for Sunday morning services.

The cruelty was caught on security cameras. The footage showed two people tie the dog to the back of a white sedan and drag him around the church parking lot.

The Sullivan County Sheriff’s Office asked for help from the public on identifying the people who dragged Church. To date, the sheriff’s office has followed up on multiple leads but has yet to get the right tip with the solid evidence needed to make arrests and secure convictions, SCSO Chief Deputy Lee Carswell told the Times News on Friday.

“The investigation remains ongoing, and detectives are following up on leads as they are developed,” Carswell said. “We continue to ask anyone with information to call the sheriff’s office at (423) 279-7330. Individuals who wish to do so can remain anonymous.”

Individuals and groups have contributed or pledged money to a reward fund for information leading to the people who hurt Church.

PETWORKS — Animal Services worked with the sheriff’s office to create a reward account. Contributions (marked to indicate the money is meant for the reward fund in Church’s case) may be mailed to PETWORKS, P.O. Box 7545, Kingsport, TN, 37664.

As of Friday morning, the shelter had raised $3,615 toward a reward, Davidson said. That doesn’t include amounts others have pledged to give, some of which would only be released if someone is arrested and convicted.

Separately, PETA announced it is offering a reward of up to $5,000 for information leading to the arrests and convictions in the case.

“This gentle dog deserved love and a safe home, but instead, he was tortured for a lark,” says PETA Senior Director Stephanie Bell. “PETA urges anyone with information to come forward immediately so that whoever committed this terrible crime can be held accountable and no similar events will occur in the future.”

Davidson said PETWORKS deals with animal cruelty victims all too often, but what was done to Church was “horrid.”

“I’m surprised the dog lived,” Davidson said. “It proves he has a great will to live, or he would not have survived.”

“He’s doing great,” Dr. Gary Andes said Friday morning. “He spends a lot of time outside of his run with us. He’s a pampered pet, to say the least.”

Andes said at this point in his recovery, Church’s bandages are being changed every two to three days.

“He is healing extremely well, making great progress, and he is going to make a complete recovery, for all practical purposes,” Andes said. “It’s incredible because he had wounds that were all the way to the bone and tremendous loss of muscle and tissue. It’s incredible he has does as well as he has.”

Church’s injuries included all four legs, his chest, his neck and his abdomen, Andes said, noting it is among the most extreme injuries he and the rest of the staff at Andes Straley have treated.

“It’s awful,” Andes said. “You can’t imagine how bad these wounds were and as deep as they were.”

Due to the situation — with an ongoing police investigation, Church himself is evidence — Andes said it is hard to say how long the dog will remain at the veterinary hospital.

“I anticipate he will stay with us until the case is resolved,” Andes said. “It’s hard for me to say where we are going with this. His injuries require him staying here anothe four to eight weeks, at the minimum. After that, I assume we will be keeping him just due to the situation.”

Andes said because of the criminal nature of Church’s case, the dog’s injuries, treatment and recovery are being extensively documented and the sheriff’s office is regularly updated on Church’s condition.

The case has drawn a lot of public interest, Andes and Carswell said.

Andes said the public’s quickest way to keep up with Church’s progress is to check the Andes Straley Veterinary Hospital Facebook page for regular updates, photos and videos.

Andes said the community has been generous with donations, but the need will continue.

Andes said he has been assisted in Church’s treatment and care by the whole staff at Andes Straley, including Dr. Leslie Brown.

“We’re extremely happy for this dog, that he is going to be OK,” Andes said. “In other circumstances, this dog would have been put to sleep just because he didn’t have an owner that could afford to take care of it.”