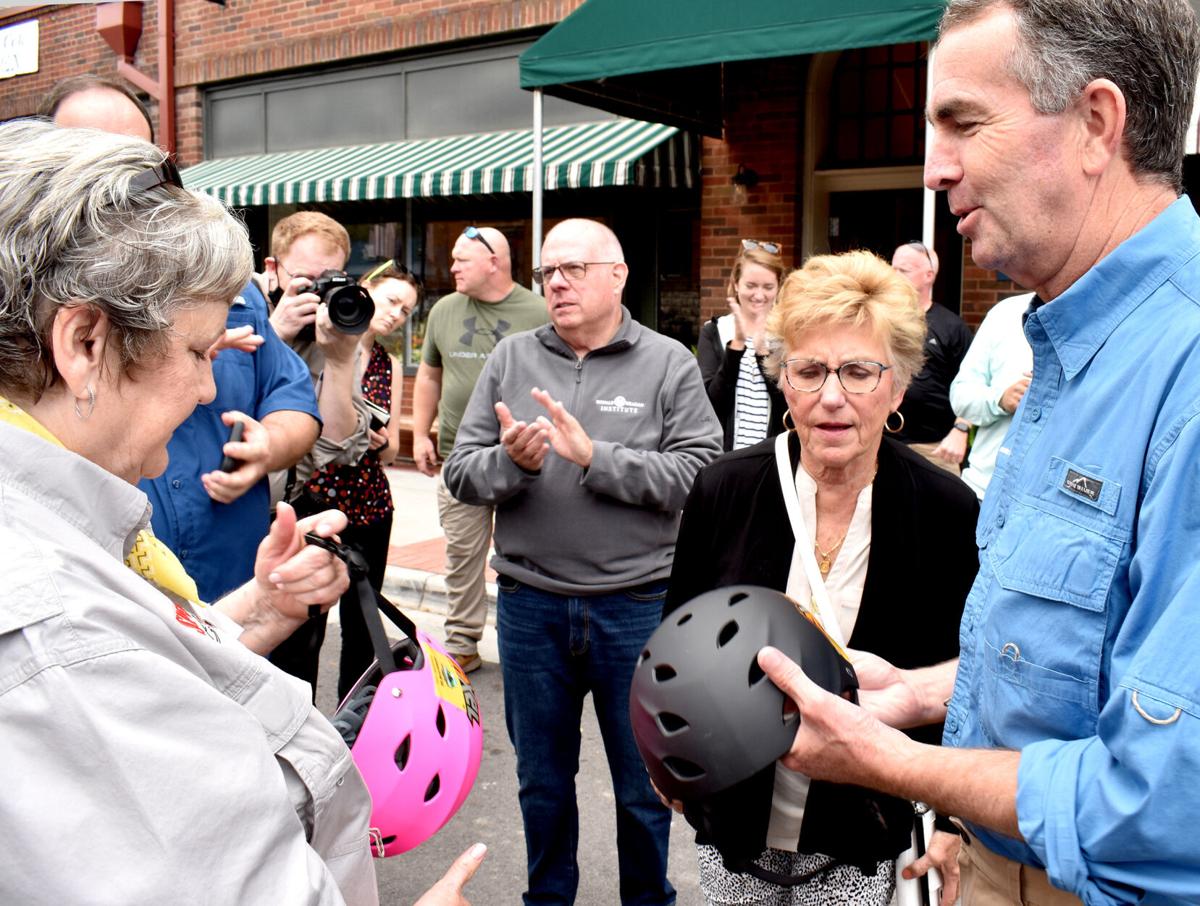 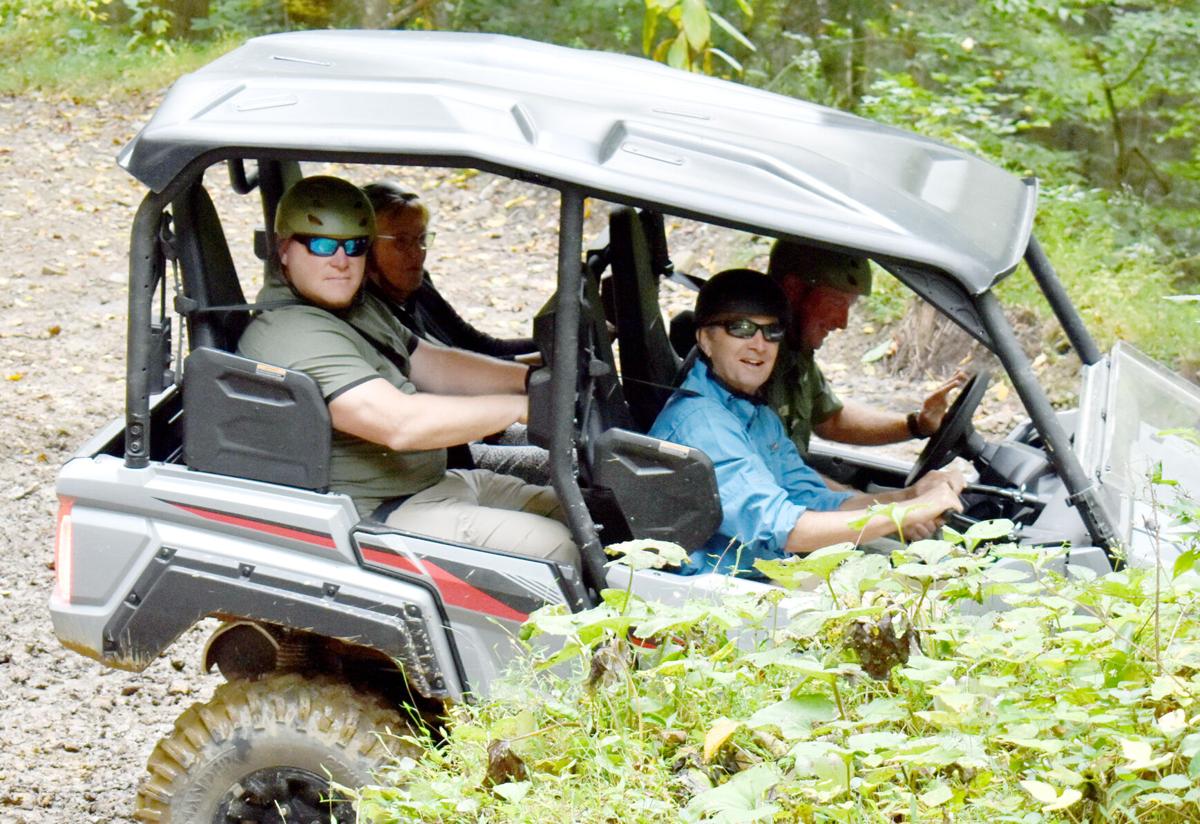 Appalachian Regional Commission state co-chair Ralph Northam in the front passenger seat and ARC federal co-chair Gayle Manchin in the back driver's side seat of an ATV while touring part of the Spearhead Trail system near St. Paul Tuesday.

Appalachian Regional Commission state co-chair Ralph Northam in the front passenger seat and ARC federal co-chair Gayle Manchin in the back driver's side seat of an ATV while touring part of the Spearhead Trail system near St. Paul Tuesday.

The mud being slung was not political but real, though, as the two commission members and staffers experienced part of the Spearhead Trails ATV network above St. Paul.

The town has worked in recent years to develop restaurants and hotel/hostel space to cater to ATV riders and hikers. Spearhead — created as the Southwest Regional Recreation Authority in 2008 — has developed riding and hiking trail networks in far Southwest Virginia to connect with downtown tourism development efforts.

“We are holding this conference in a location that’s focused on the outdoor recreation economy,” Northam said of Tuesday’s ARC meeting before he, Hogan and ARC federal co-chair Gayle Manchin donned helmets and boarded ATVs for a taste of the Spearhead network. “Outdoor recreation creates jobs and revenue and attracts and retains talent in the region.”

Spearhead requires paid licenses to use the ATV trails in order to fund maintenance and new trail construction, but Janet Settle with the Heart of Appalachia Tourism Authority gave Northam and his wife, Pam, lifetime licenses and helmets before he took to the trail.

“Obviously tourism is important,” Northam said earlier. “The numbers have broken records this year as people want to get out and about. This is just a great opportunity to provide greater investment in Appalachia.”

While recent rains left some parts of the trail with small puddles and some of the drivers offered to get Northam, Manchin and Hogan muddy, they returned to their starting point at the Western Front Hotel with only light spatter.

During the morning’s meeting, the governors, Manchin and ARC staffers also learned more about the importance of outdoor tourism entrepreneurs as Breaks Interstate Park Superintendent Austin Bradley and St. Paul outfitter Maddie Gordon talked about how the private and public sectors depend on each other.

Breaks is jointly administered by Virginia and Kentucky, and Bradley said initial efforts to boost rock climbing in the park depended on reaching out to outfitters and adventure businesses outside the immediate area in both states.

“We have the raw product,” Bradley said. “We just need outfitters to package it.”

In recent years, Bradley said, Gordon’s Clinch Life Outfitters and other businesses are part of a growing industry in the region. Virginia and Kentucky conservation officials’ attempts to bring back a native elk population in the region mean another attraction to the park, he said, and Breaks has been upgrading its lodging as well as developing a zip line system.

From her view, Gordon — who found herself the winner of a St. Paul business challenge competition in 2016 after her mother entered her in the event — said ecotourism growth in Southwest Virginia has been amazing. Virginia’s designation of the Clinch River State Park has also meant more opportunity for businesses to support kayaking and hiking in the park’s various locations along the river — what Gordon called “a string of pearls” for the region’s tourism industry.

“In our visitors book, we have people from 25 states and three countries,” Gordon told commission members. “St. Paul is trying to be a model for ecotourism. We want people to come to St. Paul, but we also want to protect the endangered species along the Clinch River.”