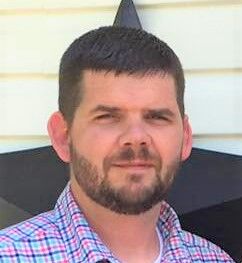 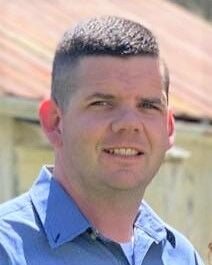 Campbell replaces Douglas Boone, who earlier this year stepped down after one year in the position to take a job closer to his home.

Upon his approval, Campbell had to hit the ground running because the Hawkins County 911 proposed budget for 2022-23 was due in county Mayor Jim Lee’s office before the end of the day Friday.

Although he doesn’t officially take over as director until May 1, Campbell spent Friday working on that budget

“I’m still at the sheriff’s office, and I’ll be there full time until May 1,” Campbell told the Times News on Friday. “I’ll be here (at the 911 office) intermittently until May 1.”

Campbell has a total of 19 years of experience in public safety, including the past 15 at the Hawkins County Sheriff’s Office, where he has led the Narcotics Unit for nearly a decade.

“Communications has always been my passion,” Campbell said. “This position was open, so I figured I would take it.”

Sheriff Ronnie Lawson, who also sits on the 911 Board, said he couldn’t have imagined a better choice for the 911 director position, although he regrets losing an experienced officer.

“On behalf of the 911 Board of Directors, I think it’s an excellent choice,” Lawson told the Times News on Saturday.

“Lynn is very well educated in all the radio equipment that 911 runs, and he’ll be a tremendous asset to the citizens and 911. I think the employees will benefit from him being there with the experience he’s got, his knowledge of the job and his supervisory skills,” Lawson said.

On the flip side of that is the loss of an experienced leader at the sheriff’s office, Lawson noted.

“He’s done an excellent job for me, and this causes a hole in my administration, but we’ll move on,” Lawson said. “He has been a great asset to me and my war on drugs, and you can see in the media daily that the Hawkins County Sheriff’s Office is aggressively seeking drug dealers and trying to get drugs and dealers off the street.”

Lawson added, “Lynn has been a major asset, but this was his dream job. I hate to stand in his way, so he had my blessing before he applied, and he got my vote when it came time. I wish him the best, and he will be missed by the men in the sheriff’s office.”