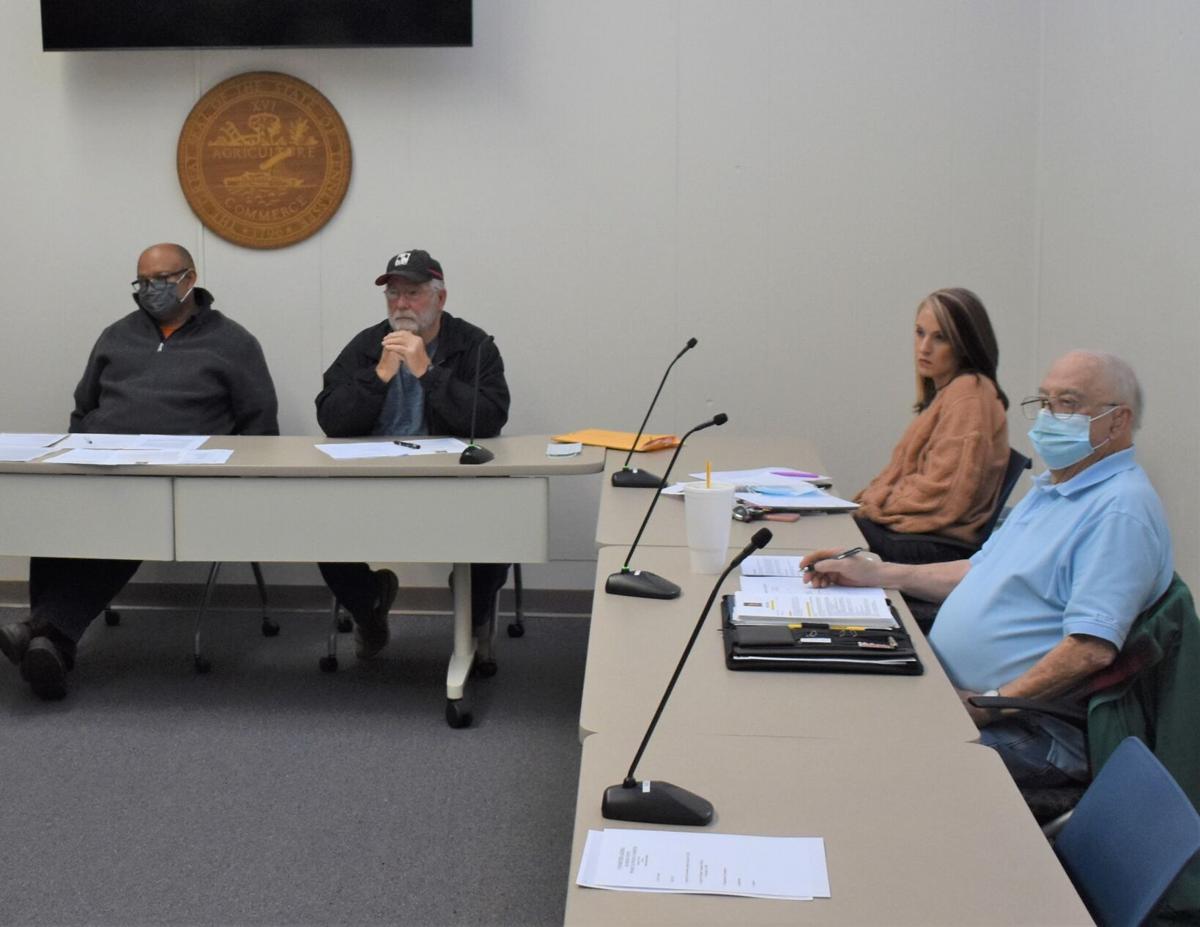 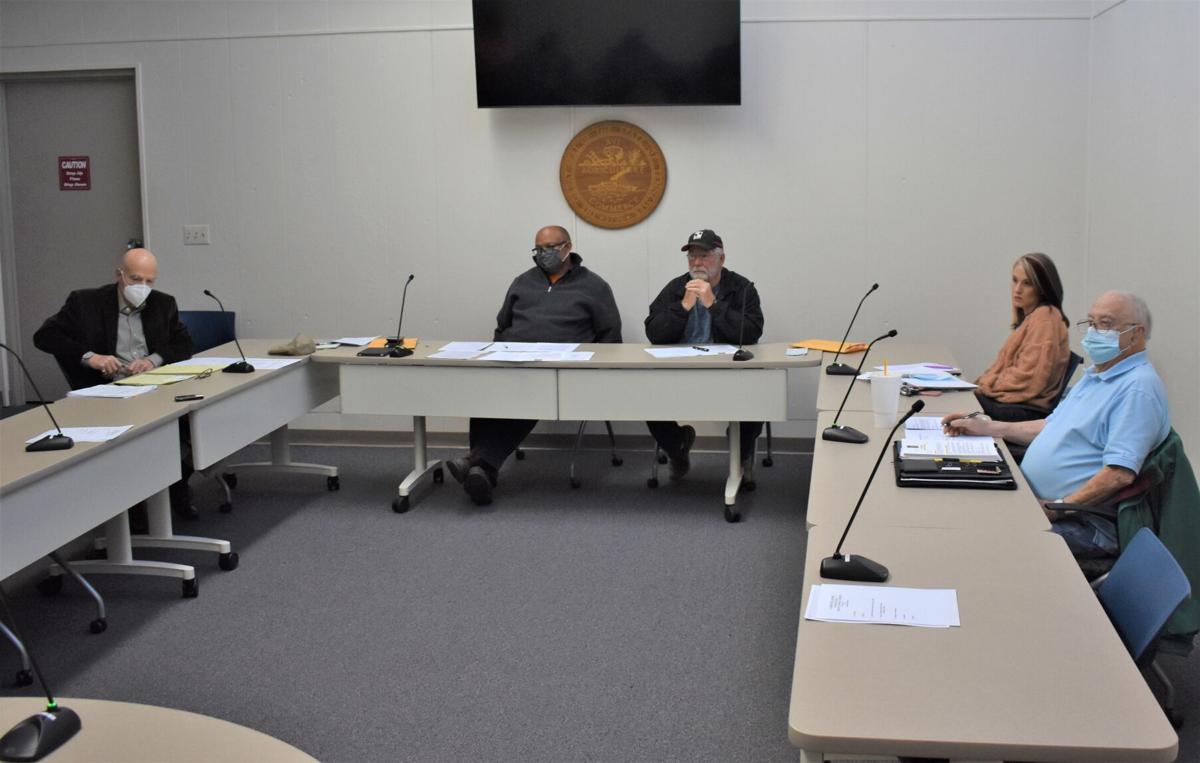 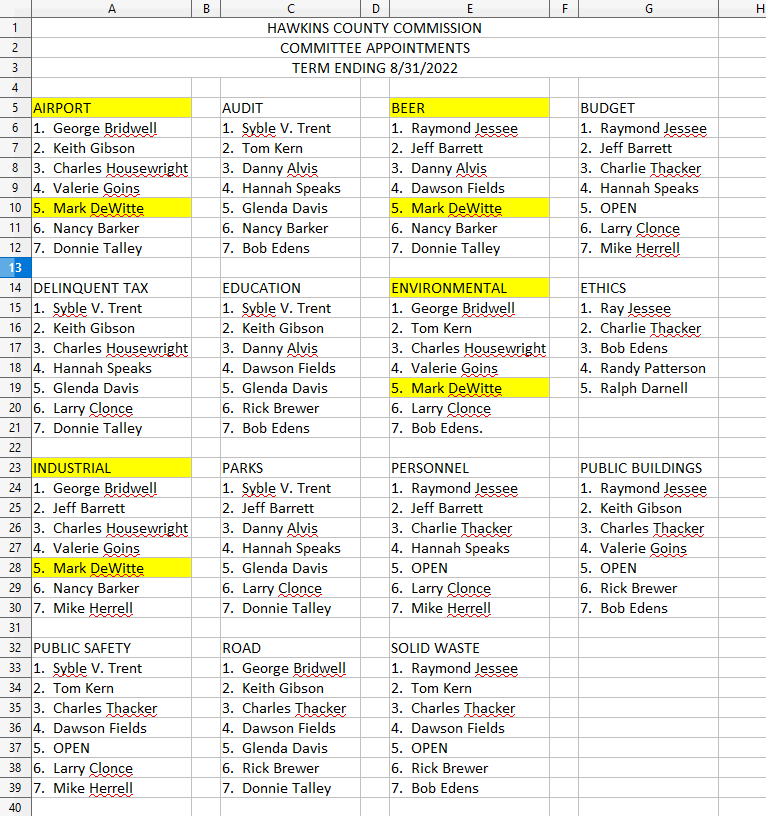 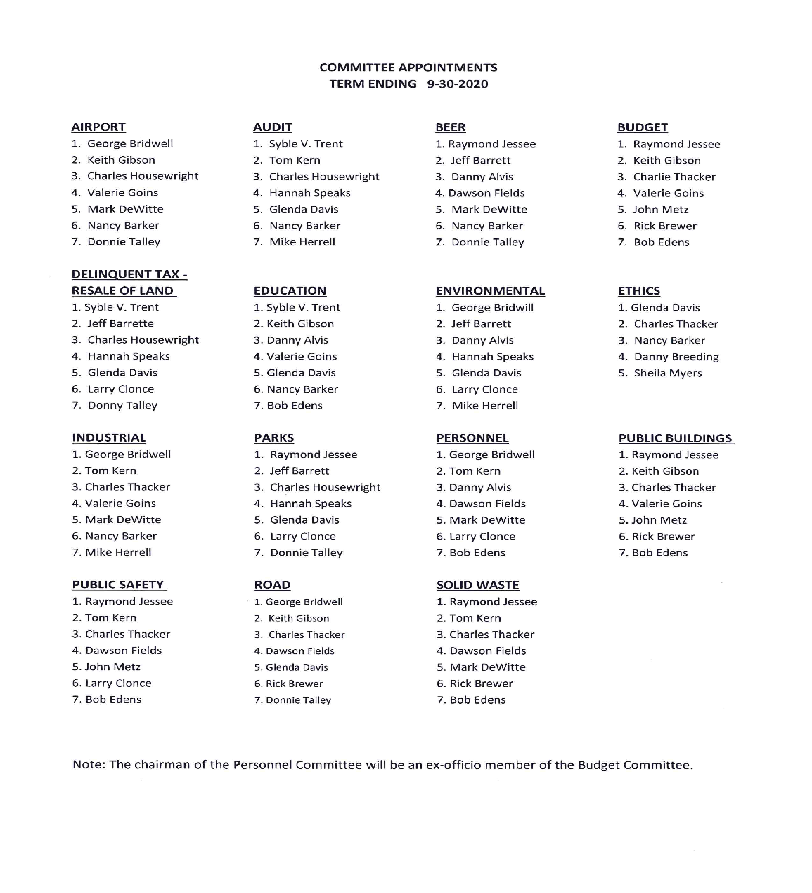 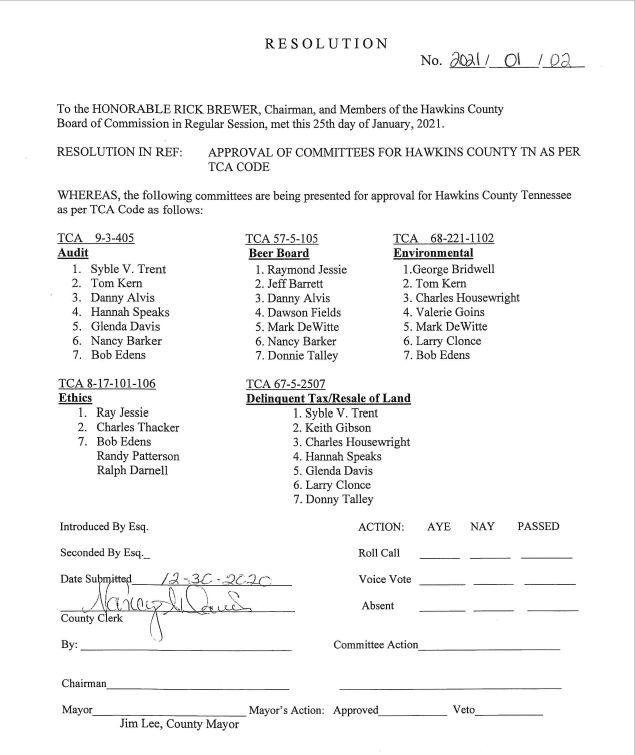 Here are the only five committees out of 15 that, accordng to state law, have to be appointed by the county commission

Here are the only five committees out of 15 that, accordng to state law, have to be appointed by the county commission

ROGERSVILLE — The Hawkins County Commission’s Budget Committee met for the first time on Tuesday since commission Chairman Rick Brewer announced committee appointments that removed all but two of the previous members.

The seventh seat, which belongs to a District 5 (Rogersville) commissioner, was left open pending the approval of a new District 5 commissioner to replace John Metz, who resigned last year.

First appointments not made by a mayor

Brewer made the membership of the Budget and Personnel committees identical, which means six members of the previous Personnel Committee were replaced, with only Clonce carrying over.

The Personnel Committee met after the Budget Committee with Clonce being elected chairman, Winegar elected vice chair and Barrett secretary. Again, the seventh member belonging to District 5 was left open.

No other committees saw such drastic changes.

A list of the new appointees, as well as a list of the previous appointees can be seen in the photo gallery of the online version of this article at www.timesnews.net.

“I tried to even it out the best I could”

Tennessee Code Annotated 5-5-103 states that the chairman appoints the commission’s committees “unless otherwise directed by a majority of the governing body.”

In 2018, the commissioners voted to give Mayor Jim Lee the authority to appoint committees despite the fact that he made the nontraditional decision following his election in 2018 not to serve as commission chairman.

This past September, however, the commission voted 12-9 to give the chairman, Brewer, the authority to appoint committees.

Brewer told the Times News on Tuesday he felt it was time to give some commissioners who haven’t held positions on the more active committees an opportunity to serve.

“I was on the Budget Committee and I took myself off,” Brewer said. “There was four people on the County Commission who weren’t on very many committees. That was Mike Herrell, Jeff Barrett, Hannah Speaks (Winegar), and Syble Vaughan-Trent. I’ve got everybody on at least four committees, and some of them are on five committees. I tried to even it out the best I could.”

Brewer added, “It wasn’t anything personal against anybody. If it had been, I’d just left myself on there and not worry about it. But I tried to be fair to everybody. I know some of them are saying, ‘Well I didn’t get a fair shake.’ I tried to even the committees out, and those four people who weren’t on very many committees last time, I tried to make sure they weren’t cut plumb out again.”

Over the past two years, committee appointments have been a contentious issue on the County Commission resulting in lengthy and sometimes heated discussion — particularly by those who were left off important committees.

When the County Commission meets again in full session on Jan. 25, however, only five of the commission’s 15 committees will come up for a vote — Audit, Beer Board, Environmental, Ethics and Delinquent Tax/Resale of Land.

Brewer noted that Tennessee Code Annotated calls for those five committees to be approved by the full commission.

“These others are internal committees, and they don’t have to be approved by the commission,” Brewer said. “And that’s per (County Attorney) Jim Phillips.”

One commissioner, who asked not to be identified, questioned the decision not to vote on 10 of the 15 committee appointments and sought the advice of Charles Curtiss, who is executive director of the Tennessee County Services Association.

Curtiss researched County Commission minutes dating back to 2007 and found the first mention of a committee appointment in 2015 when former mayor Melville Bailey appointed Shane Bailey to the Budget Committee following the resignation of Gary Hicks. The only commission votes on committee appointments took place in 2018 and 2019.

The Hawkins County Commission voted 12-9 on Monday to remove the power of appointing committees from Mayor Jim Lee and give it to commission Chairman Rick Brewer.