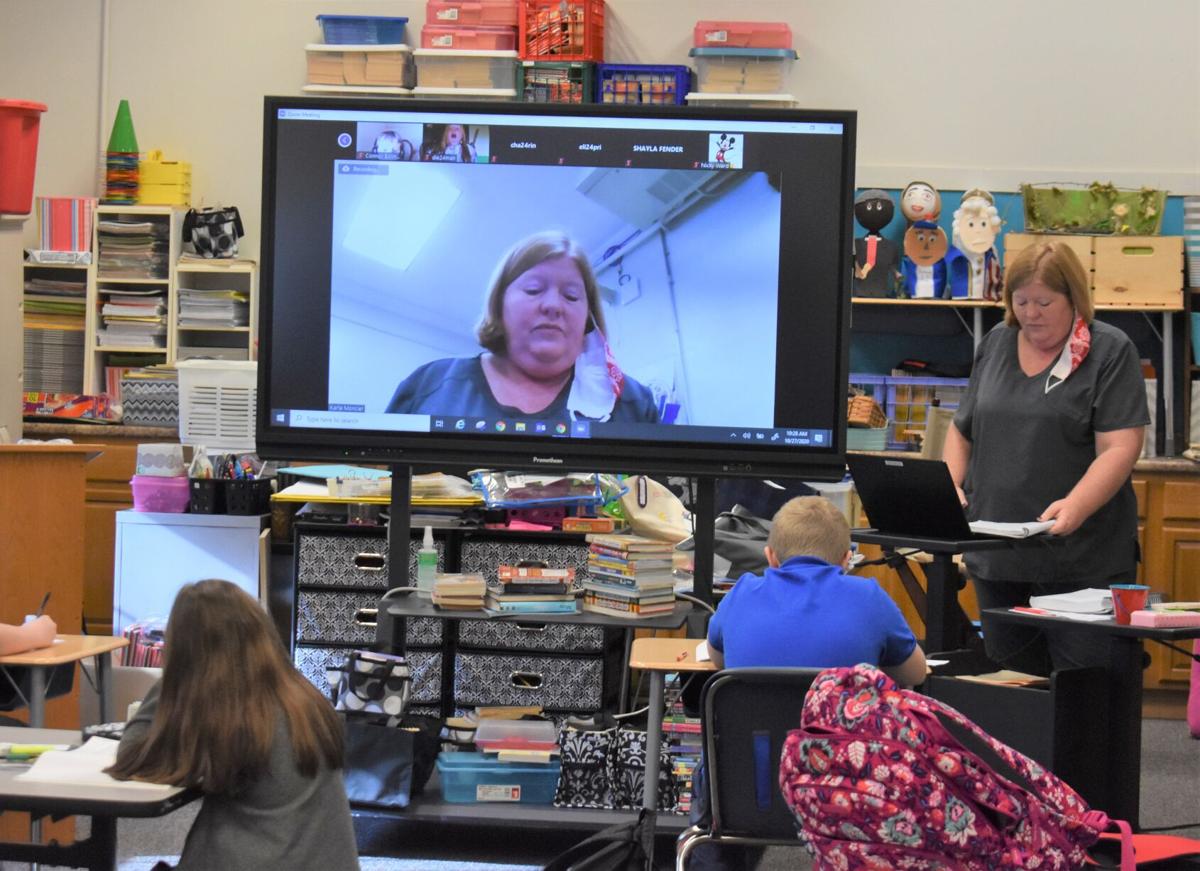 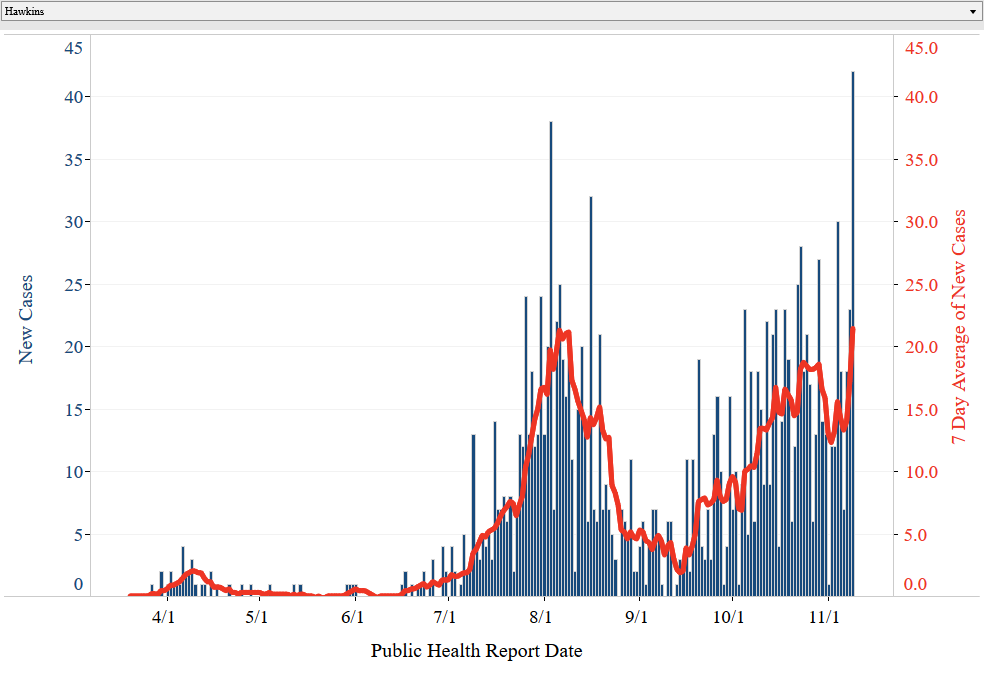 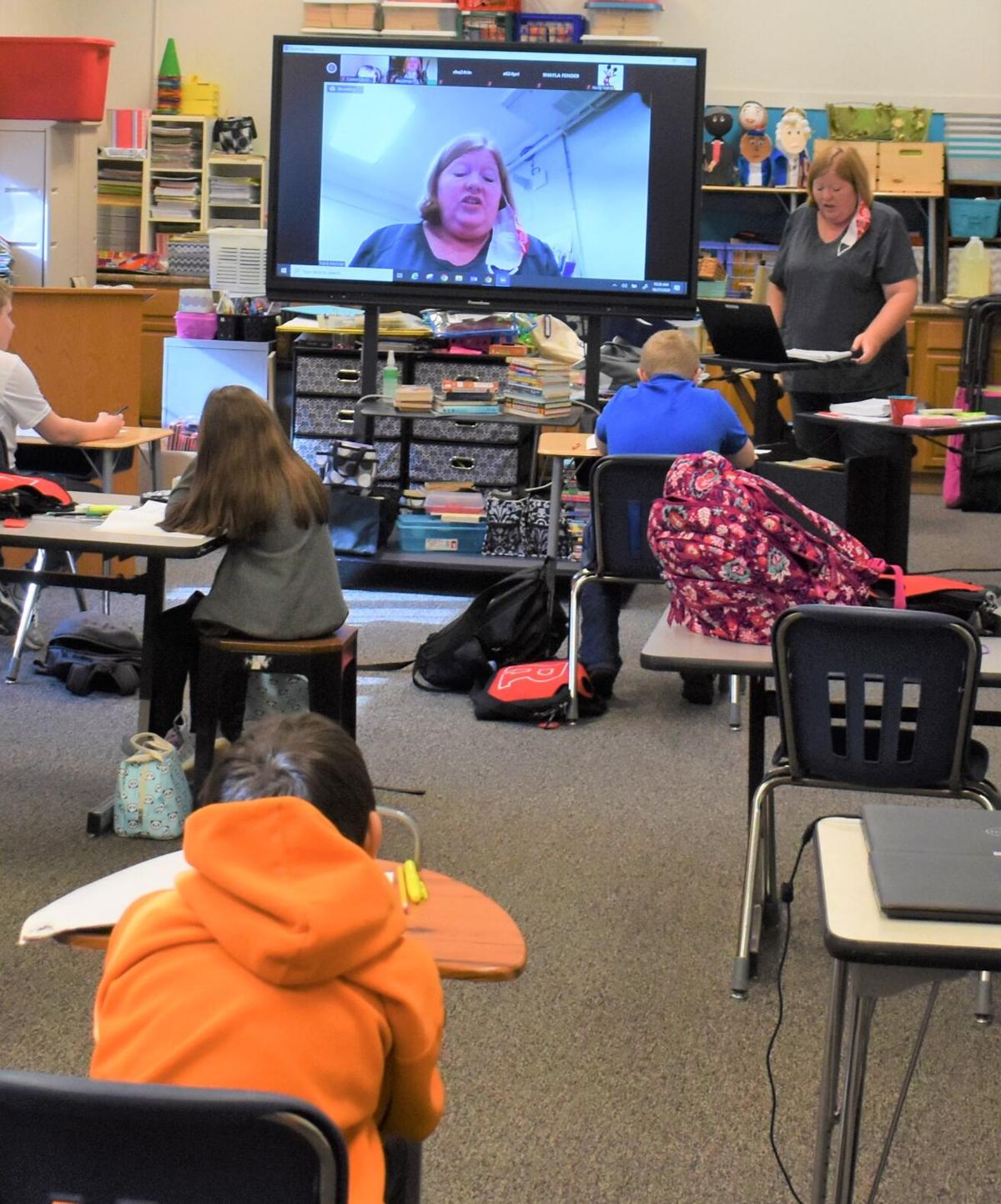 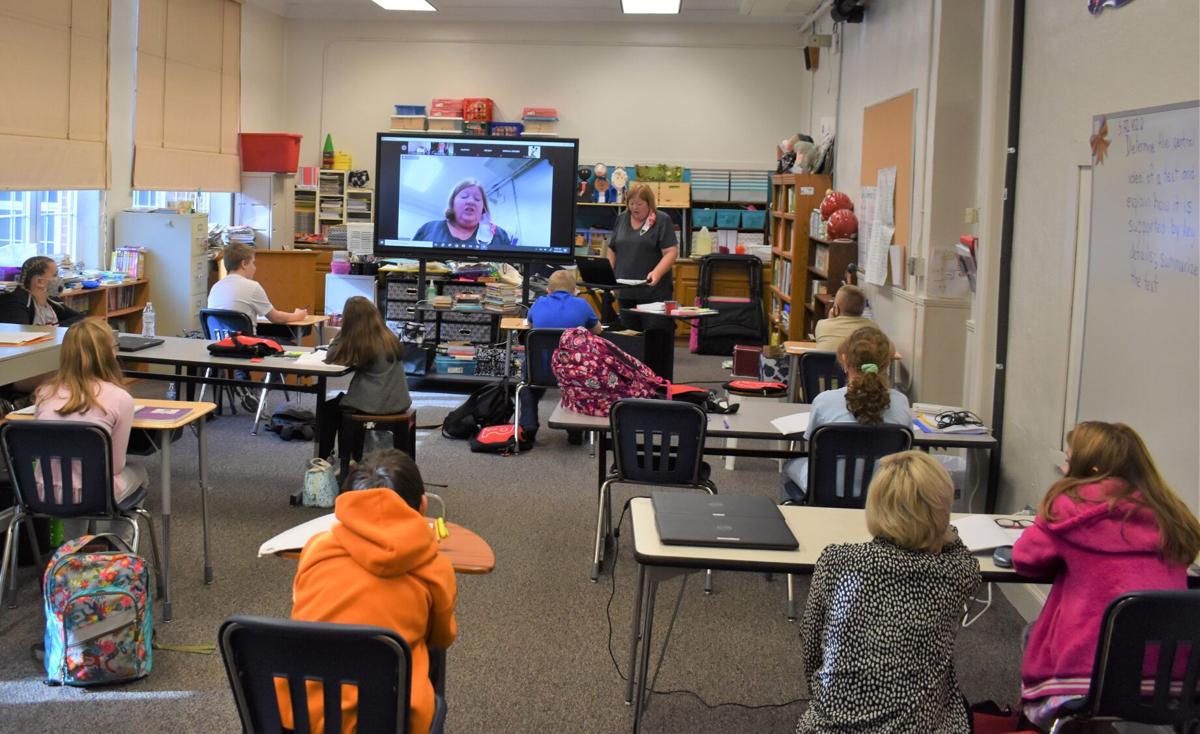 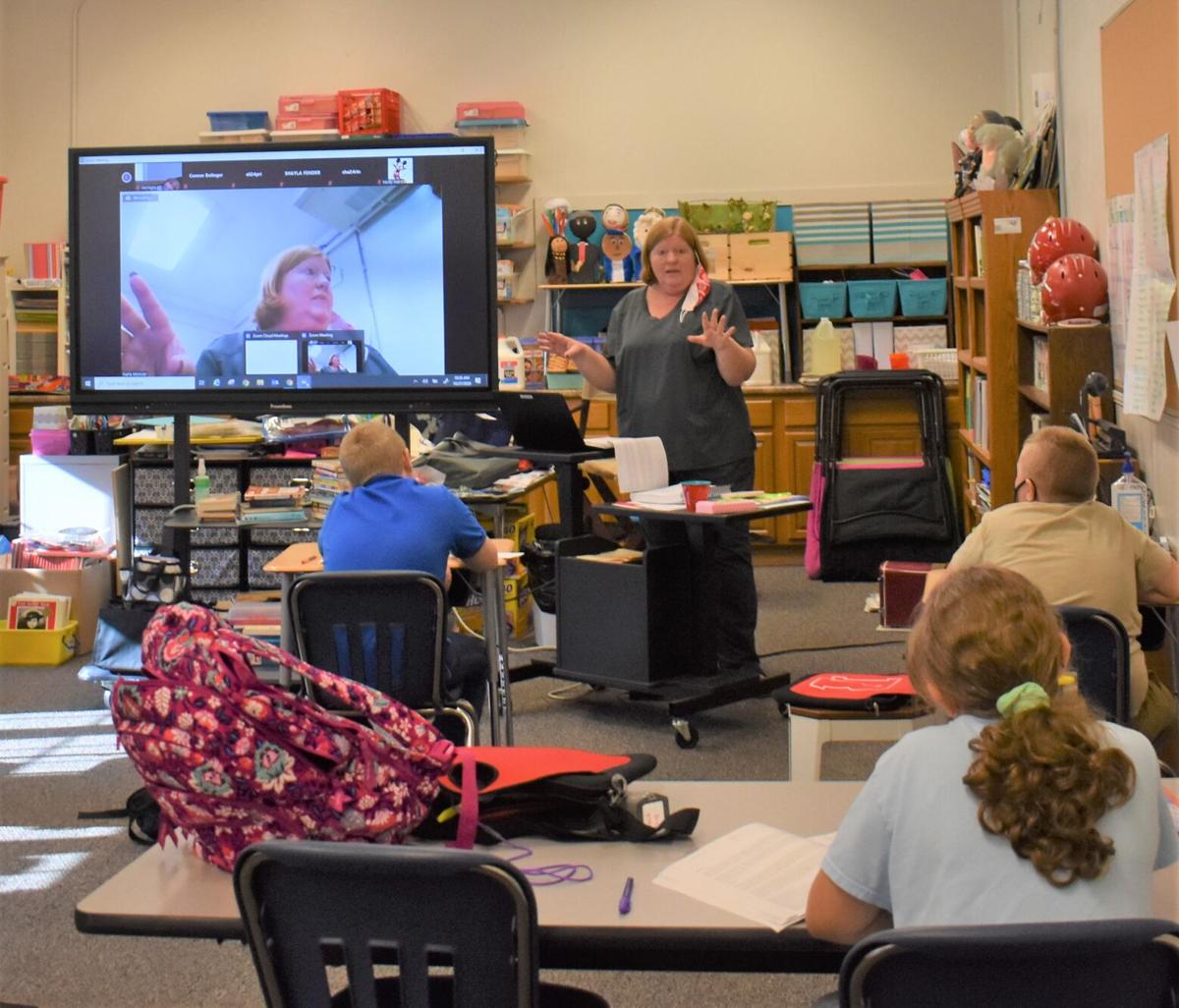 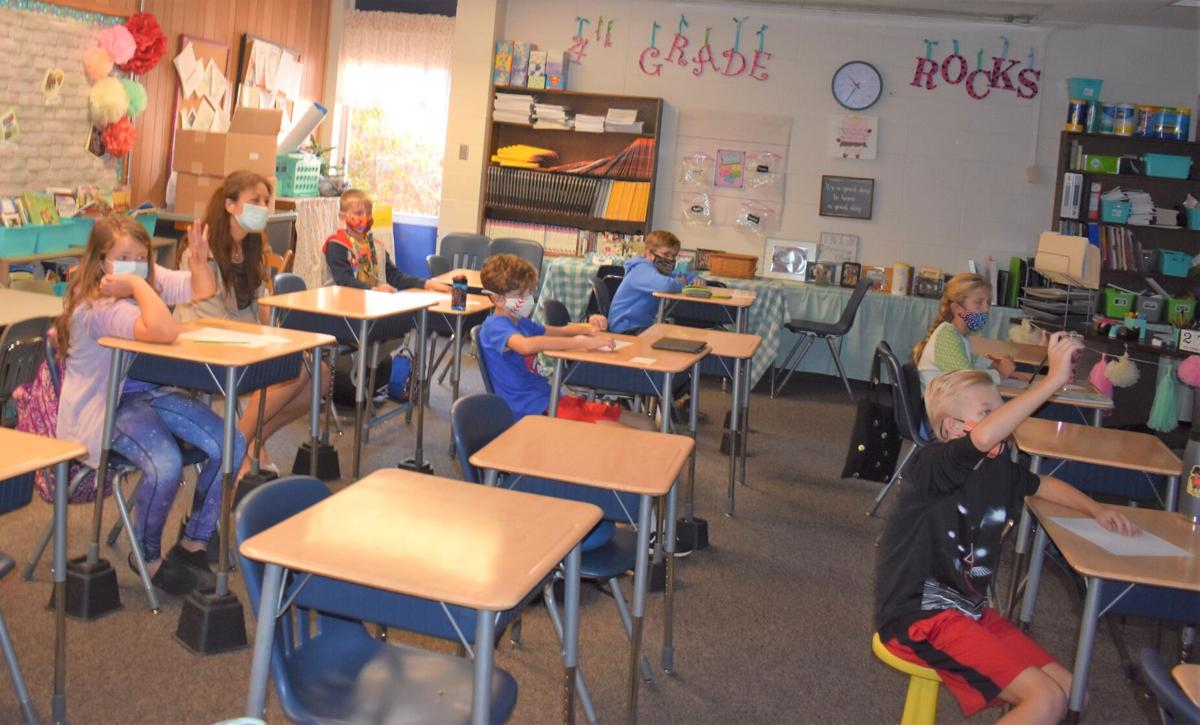 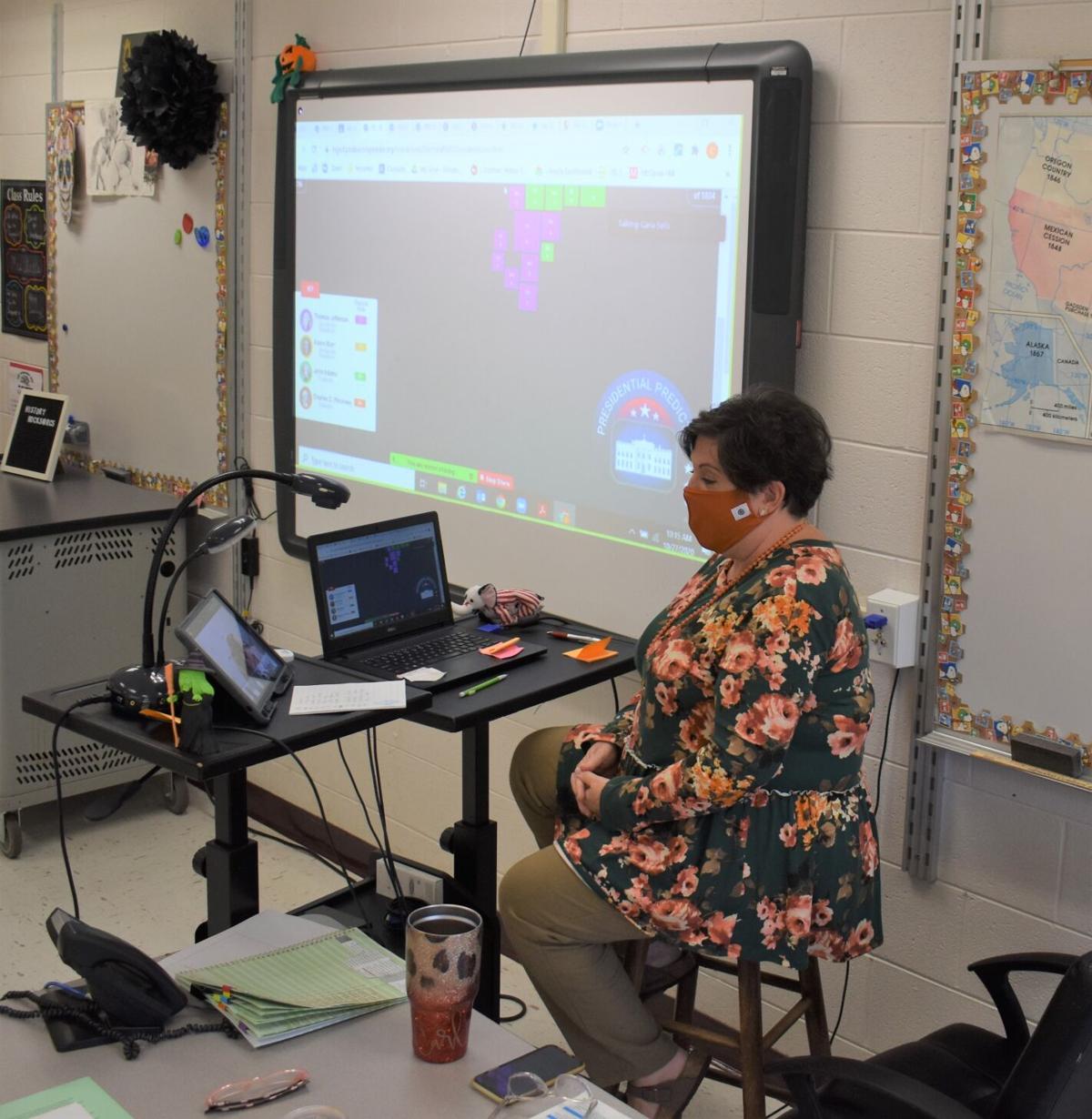 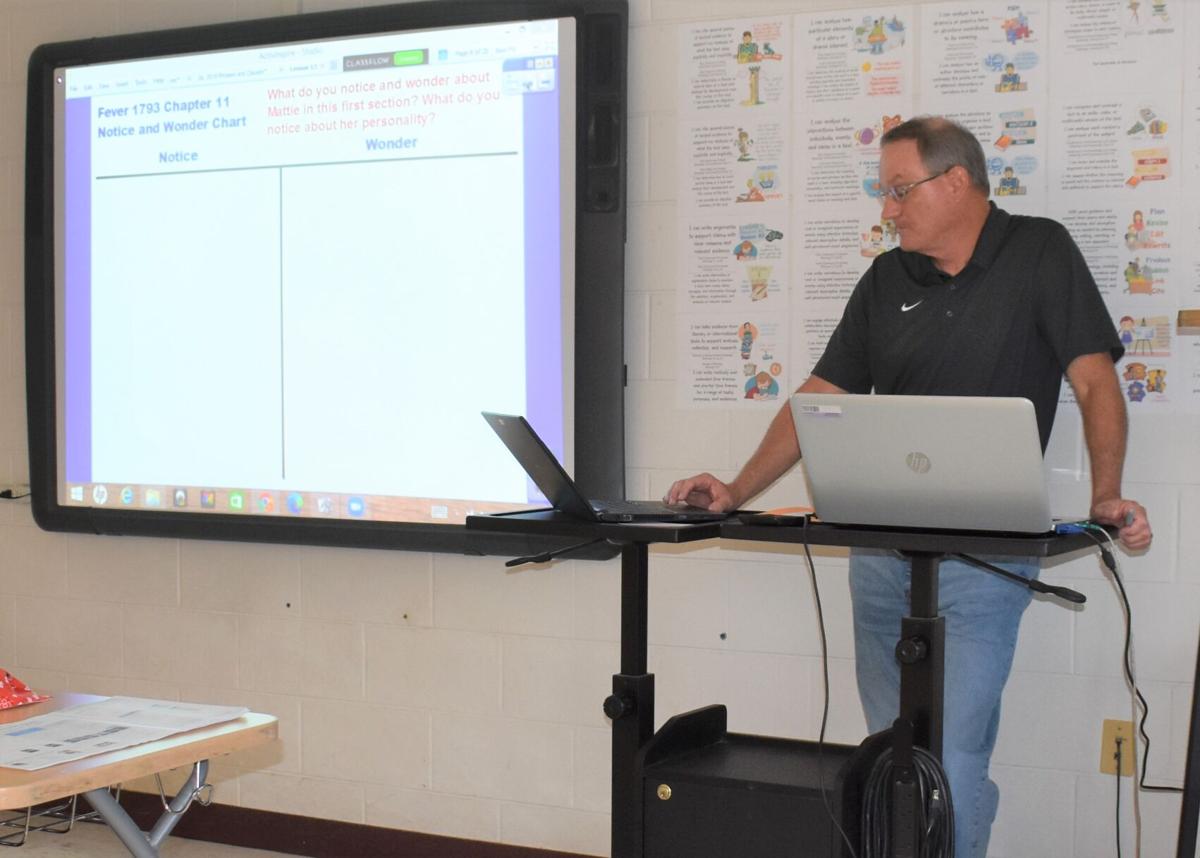 Clarification: The Hawkins County school system remains on a four-day schedule. Fridays are virtual (except for students who are brought in by their teachers for remediation) to give teachers time to do planning and schools time for deep cleaning.

ROGERSVILLE — Rogersville City School remains on 100% virtual classroom status for the rest of this week as Hawkins County experienced its highest single-day spike in new COVID-19 cases Monday since the pandemic began.

“We had some staff members who had COVID, and we had some students who had it,” Stroder said. “We were having trouble getting people to fill in for classes. We just closed down for 14 days and reset.”

Stroder added, “We had like seven or eight teachers who were quarantined and probably 40-plus students. Not all of them had it. They were just identified as being in close contact.”

Back to the mostly virtual schedule Nov. 16

On Oct. 26, RCS switched to a “mostly virtual” schedule due to an increase in COVID-19 cases in the community at that time.

Students in grades 3-8 stayed home and received their lessons via virtual classrooms, although teachers had the freedom to bring in students who needed extra help.

All students were in virtual classrooms on Fridays.

On Nov. 16, RCS will return to that mostly virtual schedule, Stroder said.

Hawkins schools down to 95 quarantined

Meanwhile, the Hawkins County school system remains on a four-day schedule. Fridays are virtual (except for students who are brought in by their teachers for remediation) to give teachers time to do planning and schools time for deep cleaning.

There are currently 15 active COVID-19 cases within the system (faculty, staff or students combined) including four at Volunteer High; one at Cherokee High; two at Joseph Rogers Primary; three at Surgoinsville Elementary; two at Bulls Gap School; and one each at Rogersville Middle, Church Hill Middle and Church Hill Intermediate.

Director of Schools Matt Hixson told the Times News that as of Tuesday there were 111 students under quarantine district- wide due to potential exposure, although 16 of those were coming off quarantine Wednesday, bringing that total down to 95.

Hixson said he had heard Monday’s spike in new Hawkins County COVID cases was due to backlogged tests that were finally cleared.

He is also confident about continuing with the four-day week until Christmas break, when that schedule will be re-evaluated by the BOE.

“As long as we can target issues on a case by case basis and keep the majority of our staff healthy,” Hixson added.

According to the Tennessee Department of Health, on Monday Hawkins County recorded its highest total of single- day new COVID-19 cases with 42, topping the county’s previous record of 38 on Aug. 3.

Hawkins County had 236 new cases recorded over the past two weeks, and in the two weeks before that, there were another 240.