US recommends 'pause' for J&J vaccine over clot reports 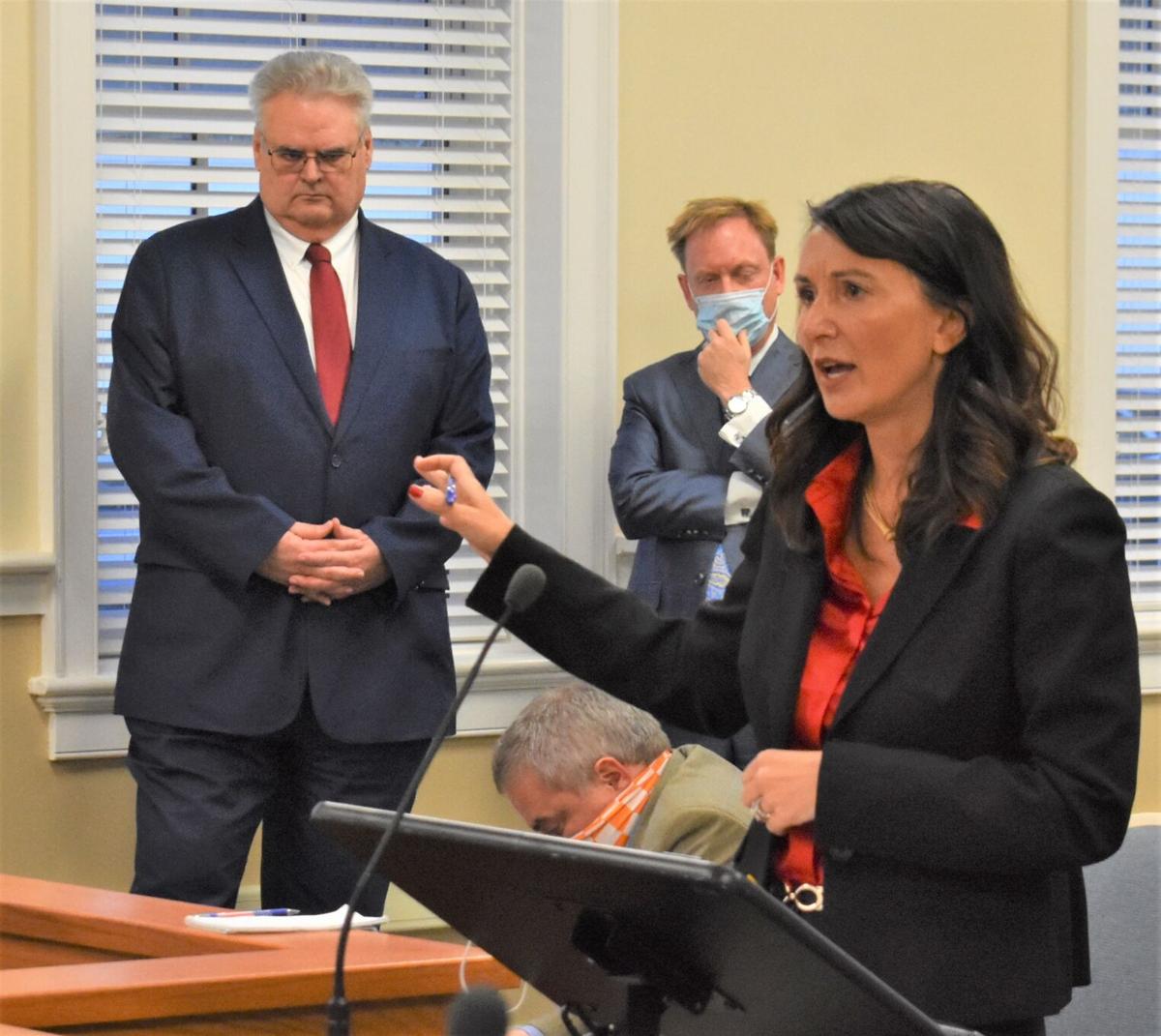 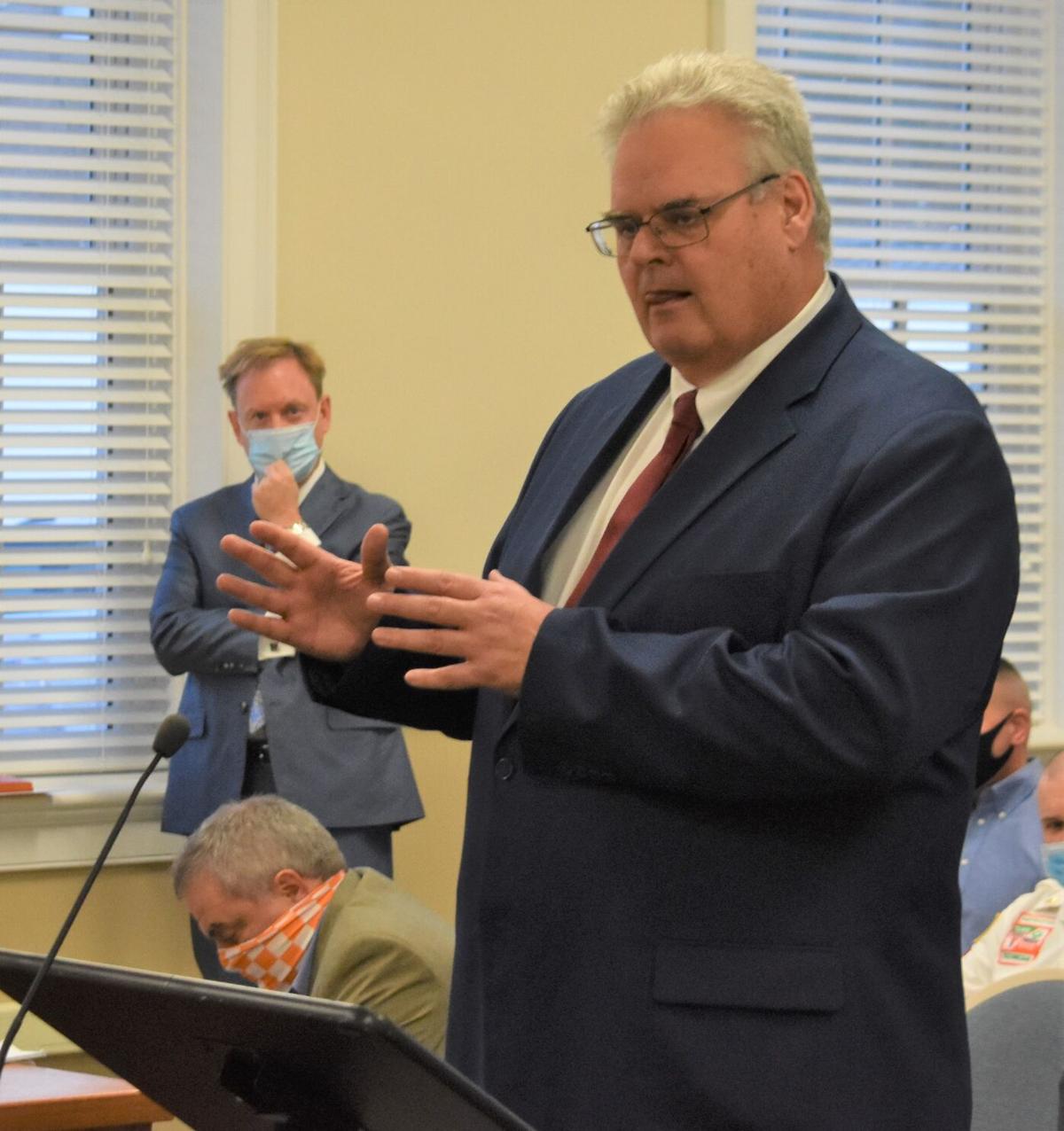 ROGERSVILLE — A request by Third Judicial District Attorney General Dan Armstrong to join his state opioid lawsuit was not approved by the Hawkins County Commission in a close vote on Monday.

Armstrong told commissioners there might be time to reconsider joining the lawsuit filed under the Tennessee Drug Dealer Liability Act, which states babies harmed by their mother’s opioid use may sue for damages caused by the use of illegal opioids if there is clear and convincing evidence that the drug companies knowingly facilitated the distribution of opioids in the illegal drug market.

Armstrong told the Hawkins County Commission on Monday that he had originally filed the lawsuit in his name on behalf of Hawkins County and the other counties in his district, but a Supreme Court decision stated that he cannot be the plaintiff in the lawsuit.

That’s why he and the other attorneys general were asking their counties to approve a resolution to become the plaintiff in his state lawsuit, and retaining Armstrong, as well as Branstetter, Stranch and Jennings, as the county’s attorney in the state lawsuit.

As of Monday, only Hawkins and Greene hadn’t approved, Armstrong said.

Endo is the lone remaining pharmaceutical company in Armstrong’s lawsuit that hasn’t filed for bankruptcy.

“They are trying to do everything they can not to face trial in Judge Moody’s Court in Sullivan County,” Armstrong told the commission on Monday. “We have a motion hearing set for Feb. 26 in front of Judge Moody. We have a motion to substitute the counties that have passed resolutions to go in as plaintiffs, and I come out (as plaintiff) and come in as attorney of record.”

Armstrong noted that there was a sister case filed in Campbell County in which the judge dismissed the Drug Dealer Liability Act claim against the pharmaceutical companies and also ruled that the DAs did not have standing.

“The court of Appeals reversed that judge and said not only does the Drug Dealer Liability Act apply, but the DAs have standing to bring a lawsuit,” Armstrong said. “The state Supreme Court then said the Drug Dealer Liability Act absolutely applies to pharmaceutical companies. They also said that while I can represent you in this lawsuit, I couldn’t be the plaintiff for you in this lawsuit. So that’s why we’re here tonight.”

The resolution joining Armstrong’s lawsuit was vehemently opposed by Greeneville attorney Crystal Jessee, who is contracted to represent Hawkins County in a separate federal opioid lawsuit.

In 2017, the Hawkins County Commission voted to authorize Jessee and Jessee to file a nuisance lawsuit in Knox County Federal Court on Hawkins County’s behalf seeking damages from companies that conduct wholesale distribution of opioids into Hawkins County.

The federal lawsuit alleges damages based on the 1970 Substance and Abuse Act, which states that pharmaceutical distributors have the duty to earmark and red-flag any irregular distribution patterns.

Jessee told commissioners in January she is in negotiations with Endo. She said if the county signed with Branstetter, Stranch and Jennings, it would end up giving Jessee and Jessee 30% of the settlement, as per their 2017 contract, and 25% to Stranch.

“Why would you hire two firms to pave the same road?” she asked in January. “Let us do the work and let him sit over there and get 25% — that doesn’t make sense to me.”

Jessee and Armstrong argued back and forth for more than an hour during Monday’s commission meeting until the commission voted 9-9 with three abstentions. A video of that debate can be seen in the online version of this article at www.timesnews.net.

A total of 11 votes was needed for the Armstrong resolution to pass. Some commissioners who voted against joining the Armstrong lawsuit stated that they weren’t necessarily opposed to joining both lawsuits, but they didn’t feel they had enough information to make an educated decision.

For example, a contract that was included with the Armstrong resolution when it was presented to the commission in January wasn’t in commissioners’ packets Monday. Among the main concerns were a clause that would indemnify the county against countersuits, which is part of the Jessee contract.

Armstrong and a representative from Branstetter, Stranch and Jennings agreed to the indemnity clause, although some commissioners were concerned by not seeing it in writing.

Also of concern to commissioners was the distribution of legal fees. Attorney fees in Jessee’s federal lawsuit are contracted at 30% plus expenses; and the Armstrong lawsuit would pay his attorneys 25% plus expenses.

Armstrong said he didn’t believe that either his attorneys or Jessee would seek payment from a lawsuit they didn’t have anything to do with.

“I am an elected official,” Armstrong said. “I get no money from this lawsuit. My only concern is Hawkins County. I am asking you to please pass this resolution so we can please finish what we started and get you a state remedy instead of waiting on the federal courts.”

Armstrong said he has asked Judge Moody for a 30 day extension to sign on new counties, which will be decided at the Feb. 26 hearing. If it is approved, Hawkins County will still have an opportunity to approve the state lawsuit resolution at next month’s meeting.