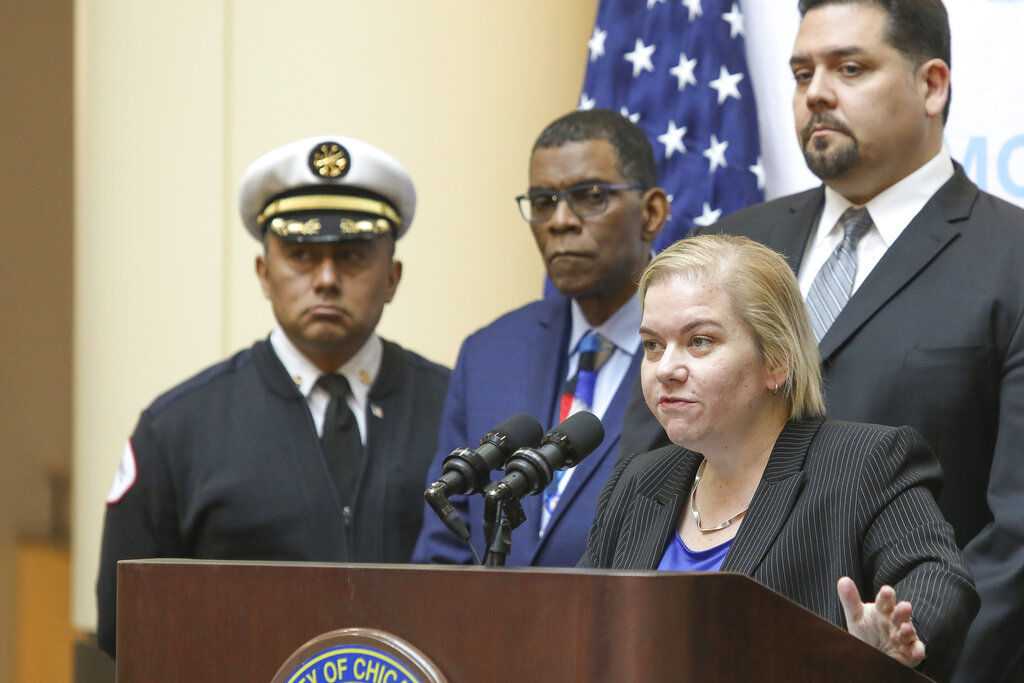 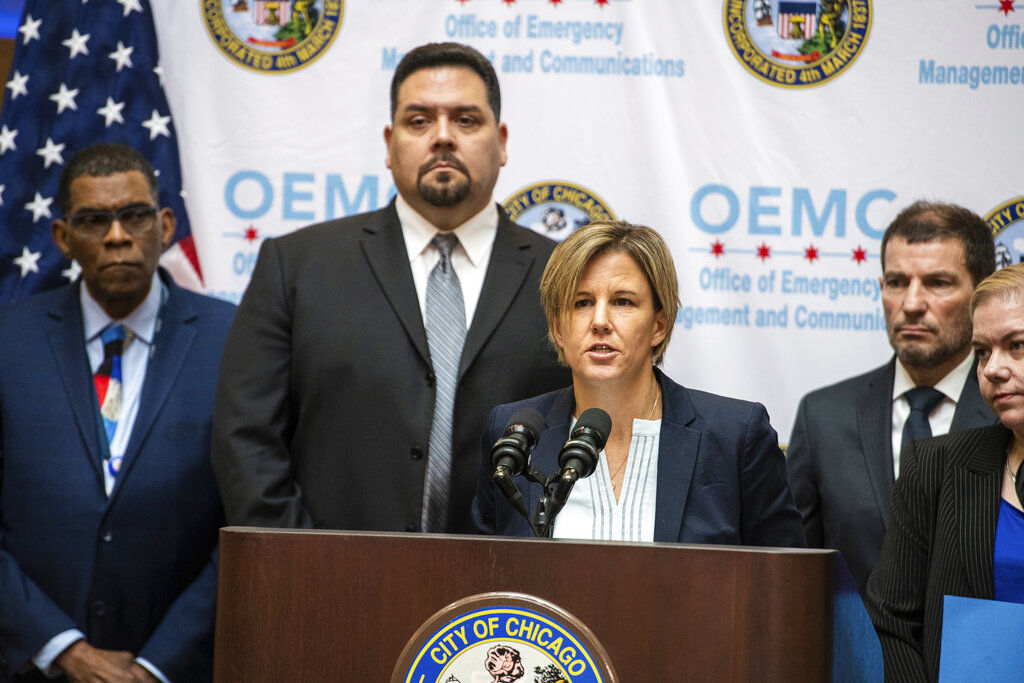 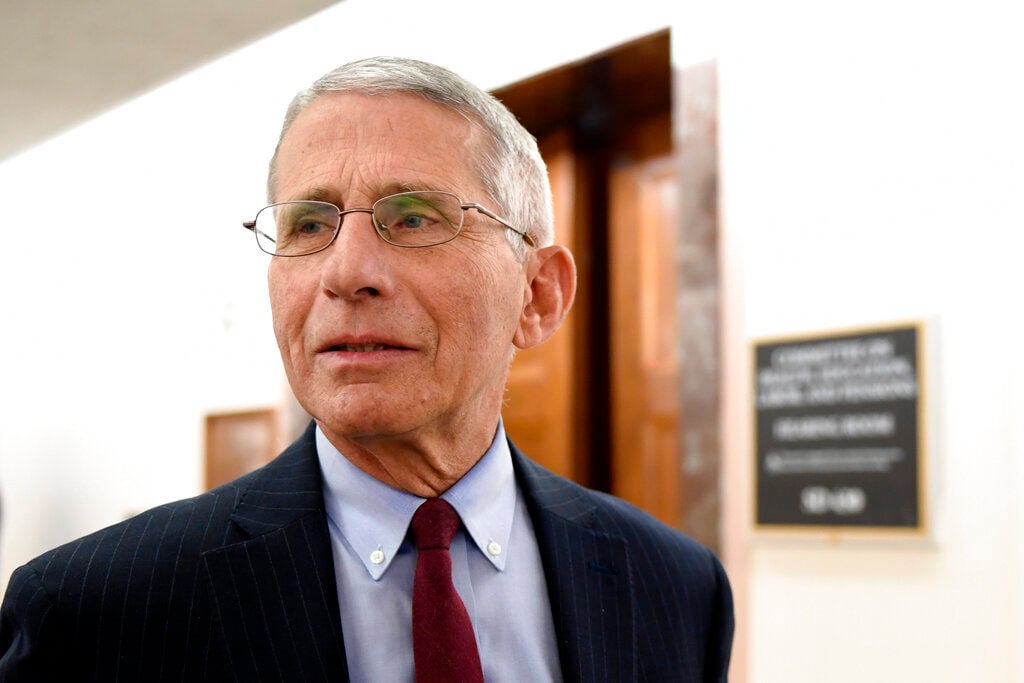 Dr. Anthony Fauci, head of the National Institute of Allergy and Infectious Diseases, talks to reporters before the start of a closed all-senators briefing on the coronavirus on Capitol Hill in Washington, Friday, Jan. 24, 2020. (AP Photo/Susan Walsh) 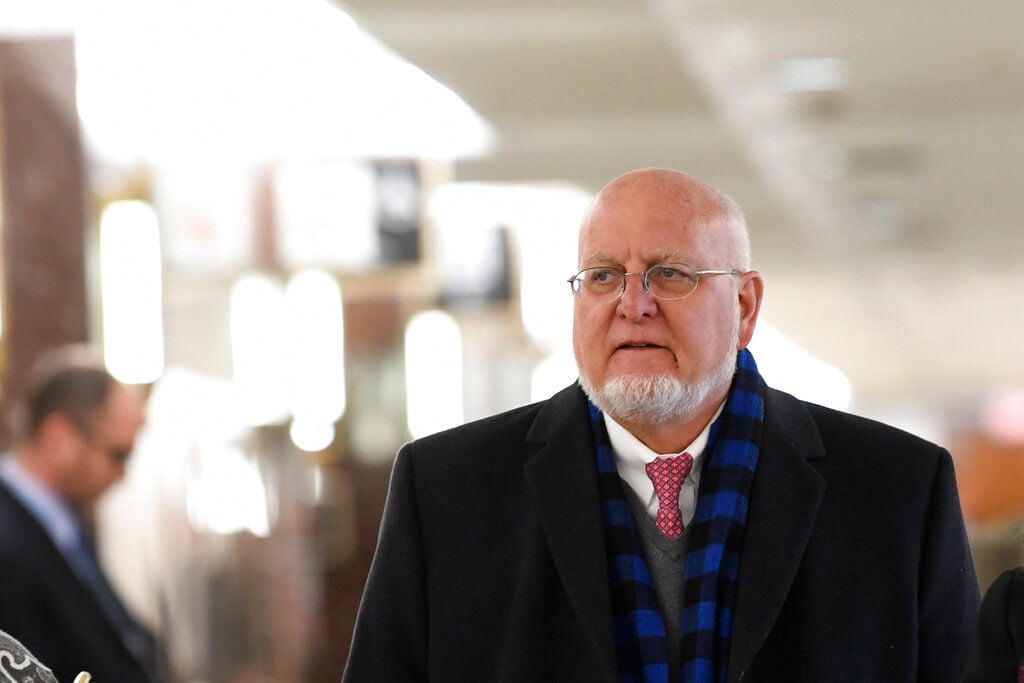 Dr. Anthony Fauci, head of the National Institute of Allergy and Infectious Diseases, talks to reporters before the start of a closed all-senators briefing on the coronavirus on Capitol Hill in Washington, Friday, Jan. 24, 2020. (AP Photo/Susan Walsh)

The woman in her 60s returned from China on Jan. 13 without showing any signs of illness, but three or four days later she called her doctor to report feeling sick.

Earlier this week, a man in his 30s in Washington state became the first U.S. patient, also diagnosed after returning from a trip to the outbreak's epicenter in central China.

The Centers for Disease Control and Prevention is expecting more Americans to be diagnosed with the newly discovered virus in coming days, as worldwide the number of confirmed cases has passed 800.

The virus can cause fever, coughing, wheezing and pneumonia. It is a member of the coronavirus family that's a close cousin to the deadly SARS and MERS viruses that have caused outbreaks in the past.

Still, "CDC believes that the immediate risk to the American public continues to be low at this time, but the situation continues to evolve rapidly," said CDC's Dr. Nancy Messonnier.

And those first two patients did the right thing, recognizing their travel risk and alerting doctors to it, so that health authorities could get them isolated to prevent spread, tested promptly, and start monitoring people who've had close contact with them.

It took about 36 hours for the first U.S. patient to be tested, receive the results from the CDC in Atlanta and be put in the hospital after he went to a clinic Sunday morning, according to a timeline released Friday by health officials in Washington state.

The incubation period is thought to be two weeks. But it's also a heavy flu season, and some of the symptoms are similar, Messonnier said.

"We want everyone to err on the side of caution if they have those symptoms and have a travel history," she stressed.

Illinois health officials did not identify the hospital where the woman is in isolation.

The Washington state patient was in satisfactory condition Friday in an isolation unit at Providence Regional Medical Center in Everett, 30 miles north of Seattle. Nurses who've trained for Ebola patients are providing his care, wearing hoods with plastic face shields and using respirators to breathe filtered air. They are bagging and storing disposable gloves, linens and gowns until the CDC tells them what to do with the patient's medical waste.

"We have been preparing for this since 2015," said Robin Addison, one of the nurses and co-leader of the hospital's biocontainment team. The hospital is one of about 150 nationwide ready to assess patients with Ebola or other highly contagious diseases, with training money provided by Congress.

Nationally, over 2,000 returning travelers had been screened at U.S. airports and 63 people in 22 states were being tested, although 11 of them so far have been found free of the virus, the CDC said.

China has issued massive travel bans in hard-hit sections of that country to try to stem spread of the virus. For now, CDC said it will keep up its screening process at five U.S. airports but will reevaluate its necessity.

"Right now, our response is very much a work in progress," said Sen. Richard Blumenthal, D-Conn., as lawmakers emerged from a briefing with federal health authorities. "There's a lot we're still learning."

In Chicago, the health commissioner said the newest patient hadn't had close contact with many people since becoming ill or taken public transportation or attended large gatherings.

"This is all very reassuring as far as infection risk to the general public," Arwady said.

"There is no need for the general public to change their behavior in any way."

The Associated Press Health and Science Department receives support from the Howard Hughes Medical Institute's Department of Science Education. The AP is solely responsible for all content.