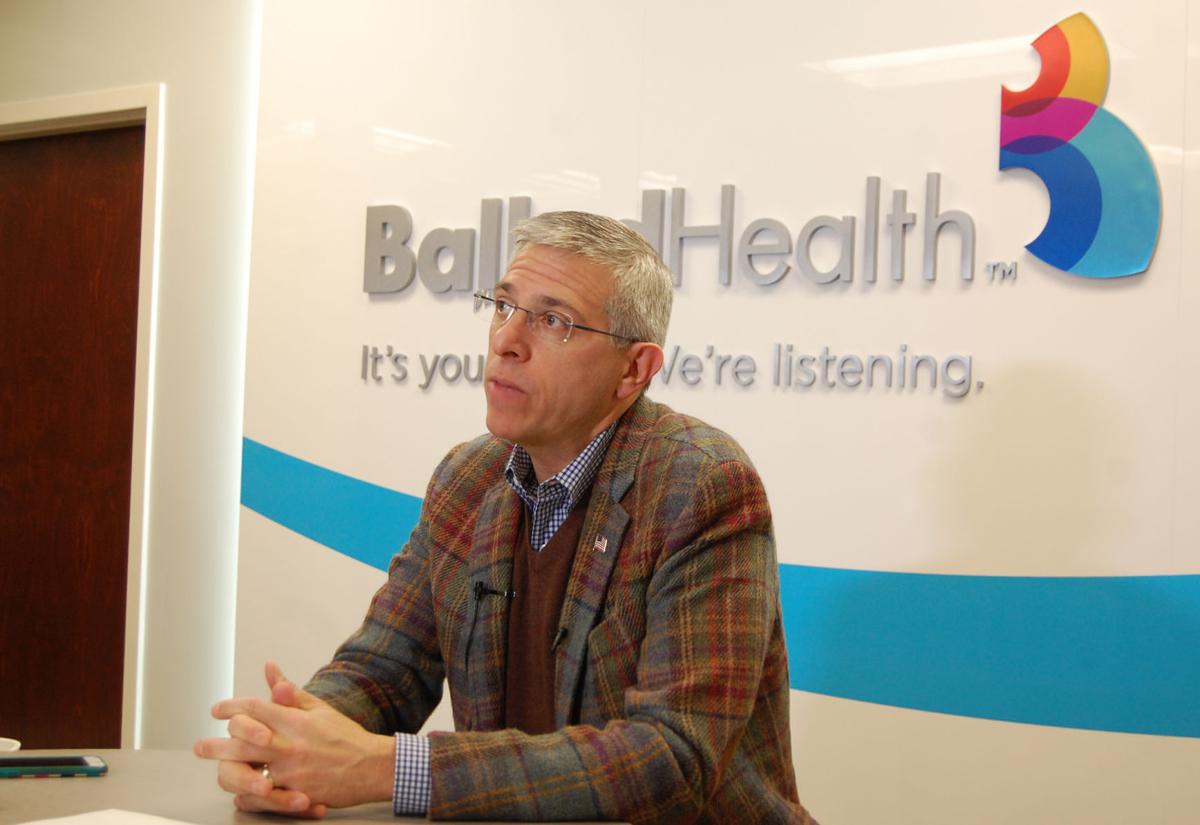 JOHNSON CITY — Ballad Health announced Wednesday a 17 percent overall average decrease in professional fees as well as a 77 percent discount on the same fees for patients without insurance.

This announcement follows Ballad’s increase of the threshold for patients who are eligible for charity care to 225 percent of the federal poverty level from the 200 percent threshold in place prior to the Wellmont-Mountain States merger in February 2018.

“The (Ballad Health) board was informed of it,” Levine said of the decision in a conference call with reporters. “I won’t say the board acted on it. It’s not something that would have required the board’s action. We make pricing decisions all the time. As part of the merger, you had to bring the legacy Wellmont current structure in line with Mountain States’ structure. We wanted to have one charge structure for our services. It seemed to me that because of the wage index adjustment, we were willing to sacrifice some of the revenue to do an actual decrease.”

To demonstrate the impact of the cost changes, Levine used one scenario of an uninsured patient who goes to a Ballad Health Urgent Care facility to be treated for the flu.

“You previously would have paid an average of $100 for the visit,” Levine noted. “With the price adjustment and if you are low income, those patients will now pay $45, less than half of the earlier cost.”

The adjusted pricing took effect Sept. 1, and it affects all charges from physicians, nurse practitioners and physician assistants employed by Ballad Health, including those with Ballad Health Medical Associates primary care and specialty practices and Ballad Health Urgent Care. It does not apply to “independent” or contracted physicians on hospital medical staffs, pharmacies or facility fees.

“Virtually all Ballad Health providers will be affected by the change, but the exact amounts will vary,” Ballad noted in a release.

It should be noted that the reduced pricing is not required by the Terms of Certification of the Certificate of Public Advantage in Tennessee or the Cooperative Agreement in Virginia.

“The price and discount adjustments follow a lengthy evaluation process of the pricing and charge structures from Ballad Health’s legacy systems,” the release said. “In addition to the decrease in prices, this evaluation resulted in the decision to increase the uninsured discount of 25 percent for legacy Mountain States clinic patients to match the discount received by legacy Wellmont clinic patients. That discount is now 77 percent across Ballad Health for all physician practices.”

Ballad Health Chief Financial Officer Lynn Krutak noted patients with insurance — including Medicare, Medicaid and commercial plans — should not anticipate a significant change to their out-of-pocket costs because patient responsibility is set individually by each insurer.