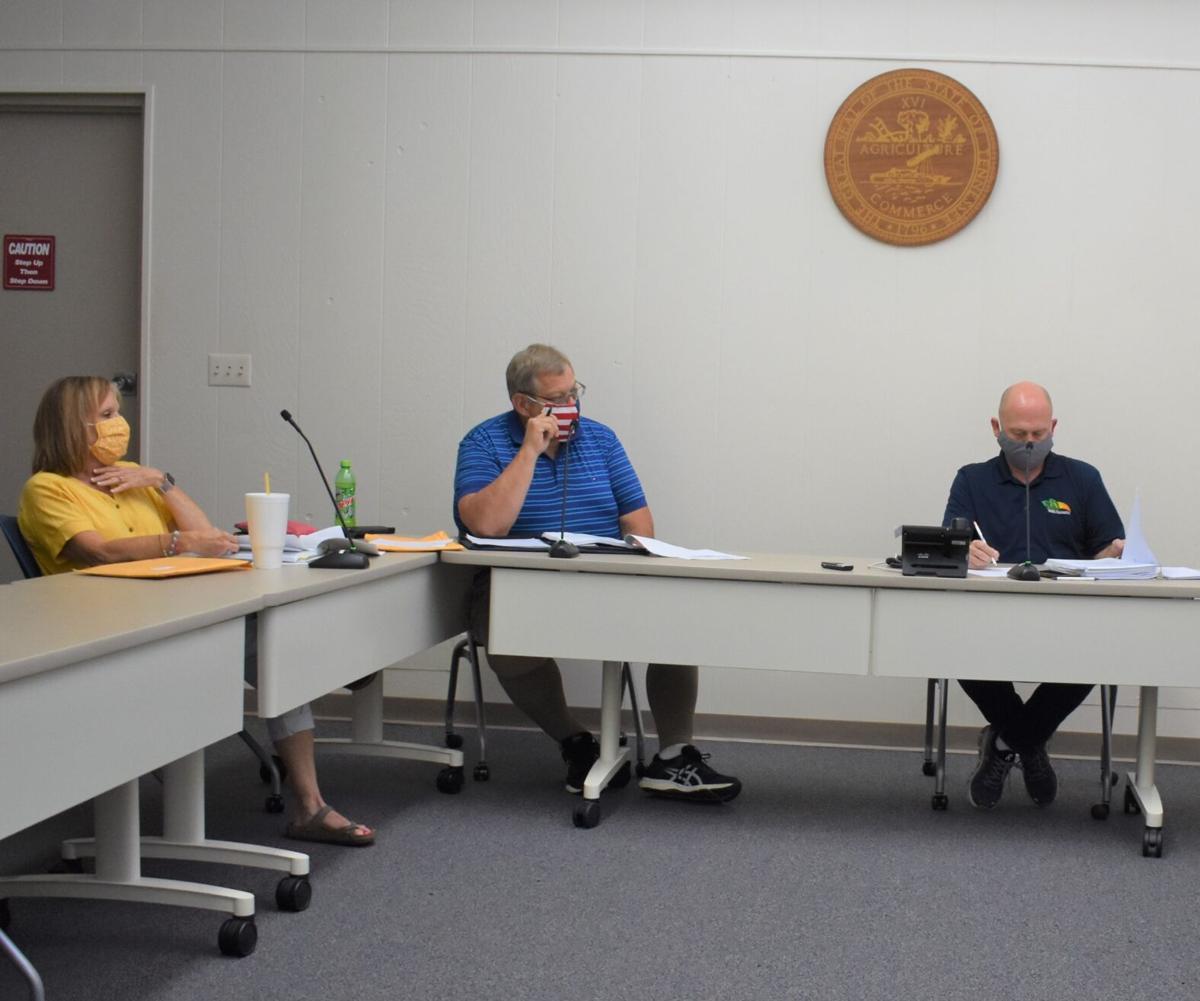 Hawkins County Budget Committee member Keith Gibson’s motion Tuesday to table a resolution to purchase two ambulances for Hawkins County EMS and refer it to the Safety Committee was approved 6-0. 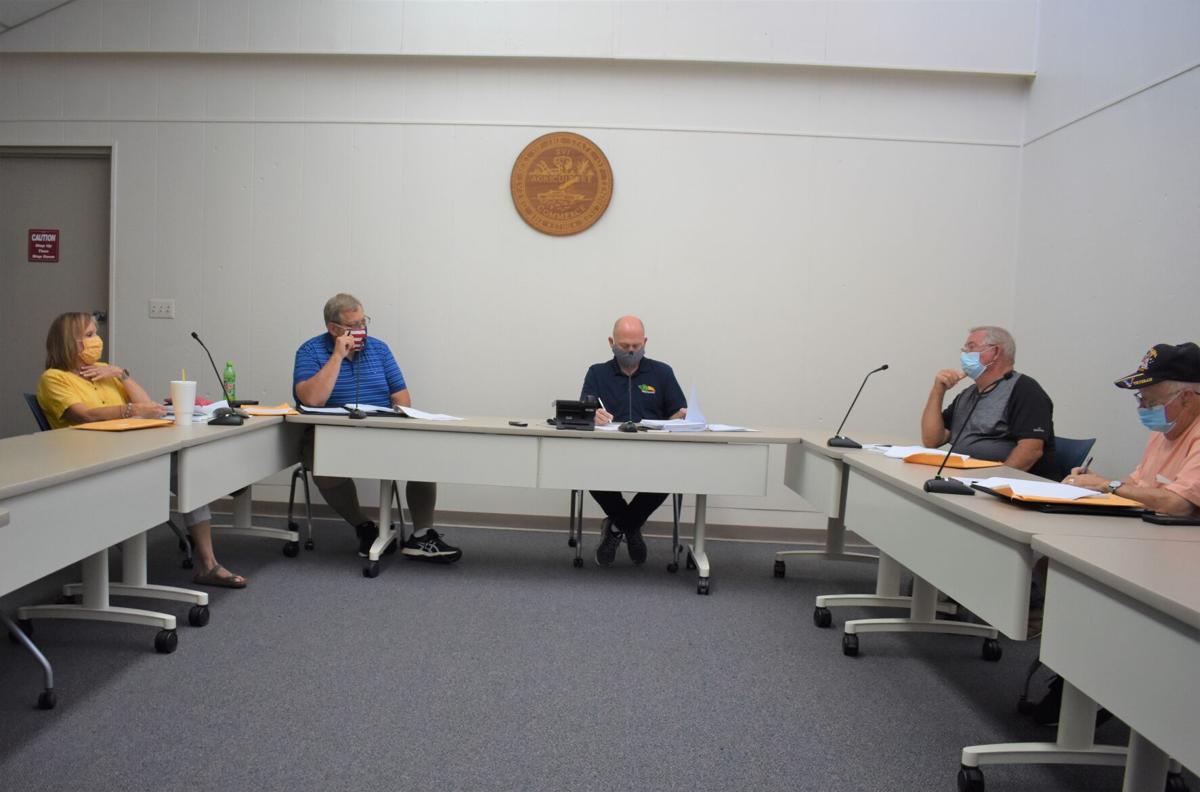 The Hawkins County Commission's Budget Committee voted Tuesday to recommend to the full commission that it table a resolution that would increase fire department contributions by $4,000.

Hawkins County Budget Committee member Keith Gibson’s motion Tuesday to table a resolution to purchase two ambulances for Hawkins County EMS and refer it to the Safety Committee was approved 6-0.

The Hawkins County Commission's Budget Committee voted Tuesday to recommend to the full commission that it table a resolution that would increase fire department contributions by $4,000.

ROGERSVILLE — Hawkins County leaders want to postpone a resolution that would increase fire department contributions in the 2020-21 fiscal year by $4,000 per department, but would deplete a special fund set aside to match fire grants and also increase the projected budget deficit by $23,000.

The resolution, which was introduced by Commissioner Danny Alvis, calls for the county to provide an annual contribution to all fire departments at the same level as last fiscal year when they received what at the time was intended as a one-time $4,000 bonus.

County Finance Director Eric Buchanan told the Budget Committee on Tuesday there is $25,000 in a public safety fund that was set aside for the purpose of paying matching funds on grants that fire departments are awarded.

Buchanan noted that if the resolution were approved, it would change several of the bottom line numbers in the proposed budget.

The Budget Committee approved Buchanan’s request to recommend that the full commission postpone or table the resolution until the new budget is approved. The commission could then consider the resolution as a budget amendment at the next month’s meeting.

“It would make things simpler, not only for this office, as well as (the county clerk’s office),” Buchanan said. “She’s compiling the official records here that we have to send out to the Division of Finance in Nashville. There’s still going to be something else that comes up that we have to amend on the fly, but the fewer adjustments we make to this document would be beneficial to me.”

Buchanan added, “We’re trying to amend a budget that we haven’t even passed yet.”

On Tuesday, the Budget Committee also had a lengthy discussion about two other resolutions on the agenda for Monday’s commission meeting which affect county funding of Hawkins County EMS.

One resolution submitted by Commissioner Jeff Barrett calls for the county to provide one-time funding in the amount of $275,000 from the governor’s one-time $1.176 million Local Support Grant Funds (LSGF) for the purchase of two remounted ambulances for Hawkins County EMS.

Budget Committee members had several questions about the resolution, including if that is what Hawkins County EMS wants or needs.

“This resolution didn’t go through the Public Safety Committee, and what I’d like to know is, have they (HCEMS) been asked that question?” said Commissioner Keith Gibson. “I would like to see this tabled until we find out a little more information through Public Safety what the EMS would rather do.”

The committee approved Gibson’s motion to recommend that the full commission table Barrett’s resolution and refer it to the Public Safety Committee.

”We’re going to establish a precedent”

There’s also a resolution on Monday’s commission agenda to rescind a commission decision in June that earmarks $500,000 of the county’s LSGF money to extend treated water service to residences near the Carters Valley landfill that have tainted wells due to faulty septic tanks.

That resolution submitted by Commissioner Glenda Davis would set aside all LSGF money for public safety purchases including an ambulance that would be leased to Hawkins County EMS for $1 per year.

Although the Budget Committee made no recommendations regarding this resolution, there was a lengthy discussion led by Chairman John Metz, who was most vocally opposed to the June resolution.

“There was a commitment to give away funds that we actually didn’t have,” Metz said. “We’re going to establish a precedent by doing this that any time something like a faulty septic system causes contamination of someone’s well ... what is going to say the county shouldn’t step in to rectify that particular issue?”

Metz noted that in 2008 a faulty septic system in Mooresburg resulted in an outbreak of Hepatitis A, requiring 1,500 people to be vaccinated.

“Those people weren’t given the opportunity to receive county funding to fix the problems they had, and this is definitely something that’s going to happen in the future,” Metz said. “Where do we draw the line to say that’s not county government’s issue to deal with? I’m concerned it’s going to open up a lot more.”

Hawkins County EMS: The pandemic made one of the most stressful jobs in the world even harder

ROGERSVILLE — If you never have an opportunity to meet the men and women in the ambulance business, you're a lucky person because they often a…