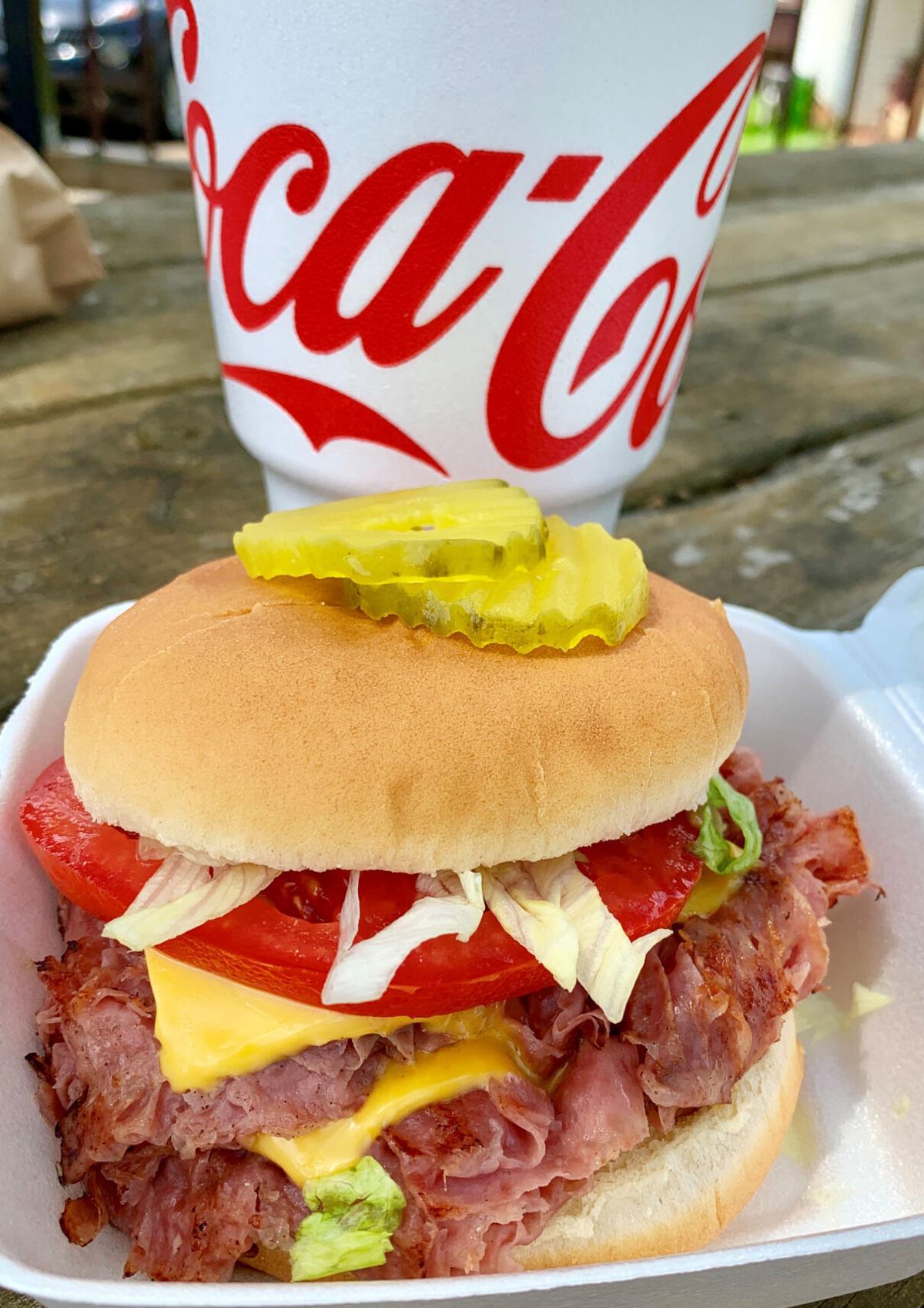 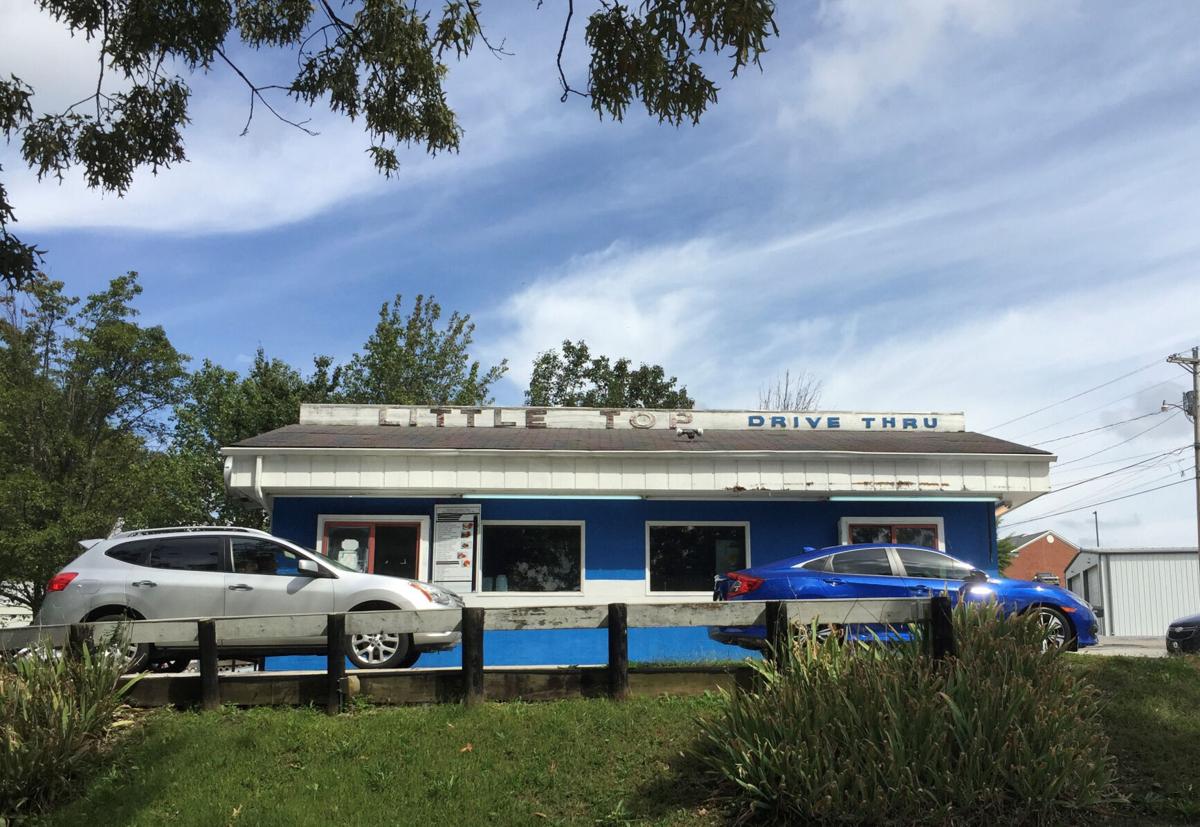 Cars line up around The Little Top in Greeneville, which still serves the Chipburger, created by owner Keith Paxton’s father, Sonny, at The Big Top in the 1950s. Contributed/Fred Sauceman

Cars line up around The Little Top in Greeneville, which still serves the Chipburger, created by owner Keith Paxton’s father, Sonny, at The Big Top in the 1950s. Contributed/Fred Sauceman

I grew up between The Igloo and The Camelot Room. A turn right out of our driveway led to frozen custard. A turn left led to flame-grilled steaks.

The Greeneville, Tennessee, of my childhood years was a fascinating crossroads. The Magnavox Company employed over 5,000 people then, and the city hosted the largest tobacco market in the world. There were no vacant storefronts downtown, and parking spots, even on Saturdays, were at a premium.

Burley tobacco and televisions fueled the economy in this Northeast Tennessee town in the 1960s, where my love for locally owned restaurants began. It was the Chuckwagon Steak Epoch. Every road-hugging restaurant in town had one on the menu, served with a sprig of parsley — likely the only herb in the house. In the late fall, when tobacco buyers flocked to town from all over the South, those restaurants were packed.

The Greene Villa, The Suburban, The Star, and The S&S all served chuckwagon steak, and all of them did it about the same way, which was gravyless.

Meanwhile, downtown, Linton Boswell was stretching hamburger meat with milk-soaked bread, peppering it heavily, and frying it on a grill with an exhaust fan that blew the aromas up and down Depot Street. A few buildings away, Romie Britt was mixing beef stew into soup beans, adding chopped onions, and calling it Beans All the Way.

In this lost world, The Blue Circle served hundreds of sliders a day. Ham’s Drive-In accompanied every sandwich order with “free” fries, served on paper plates that looked like wood grain. The Brumley Hotel downtown served ethereal rolls and chicken gravy. The Friday night fish fry at the local Holiday Inn was a social event.

When tobacco and televisions died away in Greeneville, so did most of those restaurants. But not all. Boswell’s hamburger technique survives at today’s Tipton’s. Britt’s special bean blend continues at The Bean Barn just outside downtown. The Brumley Hotel eventually became The General Morgan Inn, and although fried mush is a menu extinction, you can still get a meal in the building that dates to 1884.

Greeneville’s Big Top lives on, too. Sort of. Its former location on Summer Street is an empty lot. The building has been bulldozed away. All evidence of what was once the town’s busiest drive-in is gone from there. Half a century ago, The Big Top was so popular that the Greeneville Police Department had to hire auxiliary officers to direct traffic in and out of the parking lot. For me, in the back of the family’s 1964 Chevrolet Bel Air station wagon, a trip to The Big Top was big time entertainment.

When he opened The Big Top in the early 1950s, Sonny Paxton started out with a no-name restaurant and a no-name sandwich. He solicited ideas for both through a contest in the town’s newspaper, The Greeneville Sun. That contest yielded the names Big Top and Chipburger. Sonny ordered a lighted top to mount on the restaurant and a concrete, plaster-coated rooster to greet customers as they entered the lot.

Sonny’s signature sandwich, the Chipburger, consisted of pork shoulder, sliced with a Rube Goldberg-type contraption he invented. Diners placed orders on telephones, which were hooked up to a switchboard.

“You had a headset, and you could talk to two or three customers at a time and even ring the phones next to their cars,” remembers Sonny’s son, Keith.

Keith’s brother Don believes their father was one of the first East Tennessee restaurant owners to offer peanut butter milkshakes.

“Dad created a drink called Orange Slush,” adds another brother, Ron. “It was made of orange juice and slushy ice, a pretty healthy drink for its day.”

As Greeneville’s economy started showing signs of decline, Sonny Paxton closed his restaurant in the late 1970s. A Chipburger famine followed, before Keith Paxton opened a scaled-down rendition of his father’s popular restaurant in 1986, across town on North Main Street.

Broasted chicken went by the wayside, as did baskets of shrimp and oysters. But the Chipburger returned, at a place Keith called The Little Top.

There are no phones. The rooster is owned by another family. And the drive-around Little Top building, with six seats inside and a few picnic tables outside, is a diminutive version of its ancestor.

Keith misses the feel of his father’s old place, a gathering spot for the city’s luminaries and loafers. “Here, it’s just hit and run, three minutes and they’re gone,” Keith says of The Little Top. “While it’s fast-paced and quick, we still serve high-grade food.”

Although the meat-slicing technique is essentially the same, Keith has refined his father’s famous sandwich, adding homegrown tomatoes in the summer and buns that have to be specially ordered. In my book, his Double Cheese Chipper ranks among the grandest sandwiches of the South, on equal footing with the New Orleans muffaletta, the Tampa Cuban sandwich, and the Kentucky Hot Brown.

The Chipburger and its cheesy variation are flavorful reminders of a remarkable era in Greeneville’s past. Greenevillians are grateful that this edible evidence of the community’s history continues to survive.

Fred Sauceman’s latest book is “The Proffitts of Ridgewood: An Appalachian

Fred Sauceman’s latest book is “The Proffitts of Ridgewood: An Appalachian Family’s Life in Barbecue.”