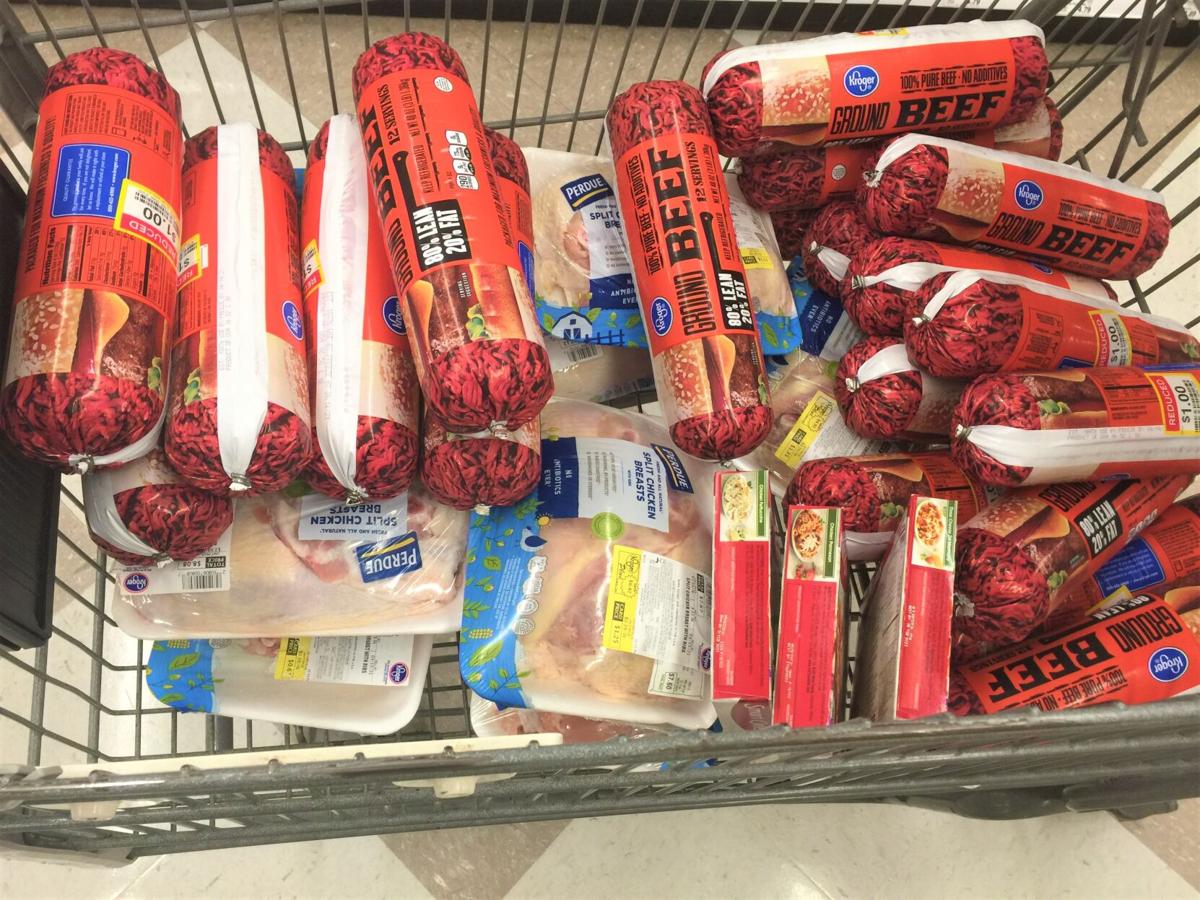 Upon counting his meat cache as Jeff Bobo loaded it into the freezer at home, he discovered that his greed/shame threshold is officially 19 hamburger logs — or 59 pounds of hamburger for $19 plus tax. That’s not including another 10 packs of 39-cent per pound split chicken breasts. Notice the mismatched three “Health Choice” meals I also purchased for Lynn’s lunch for the rest of the week. 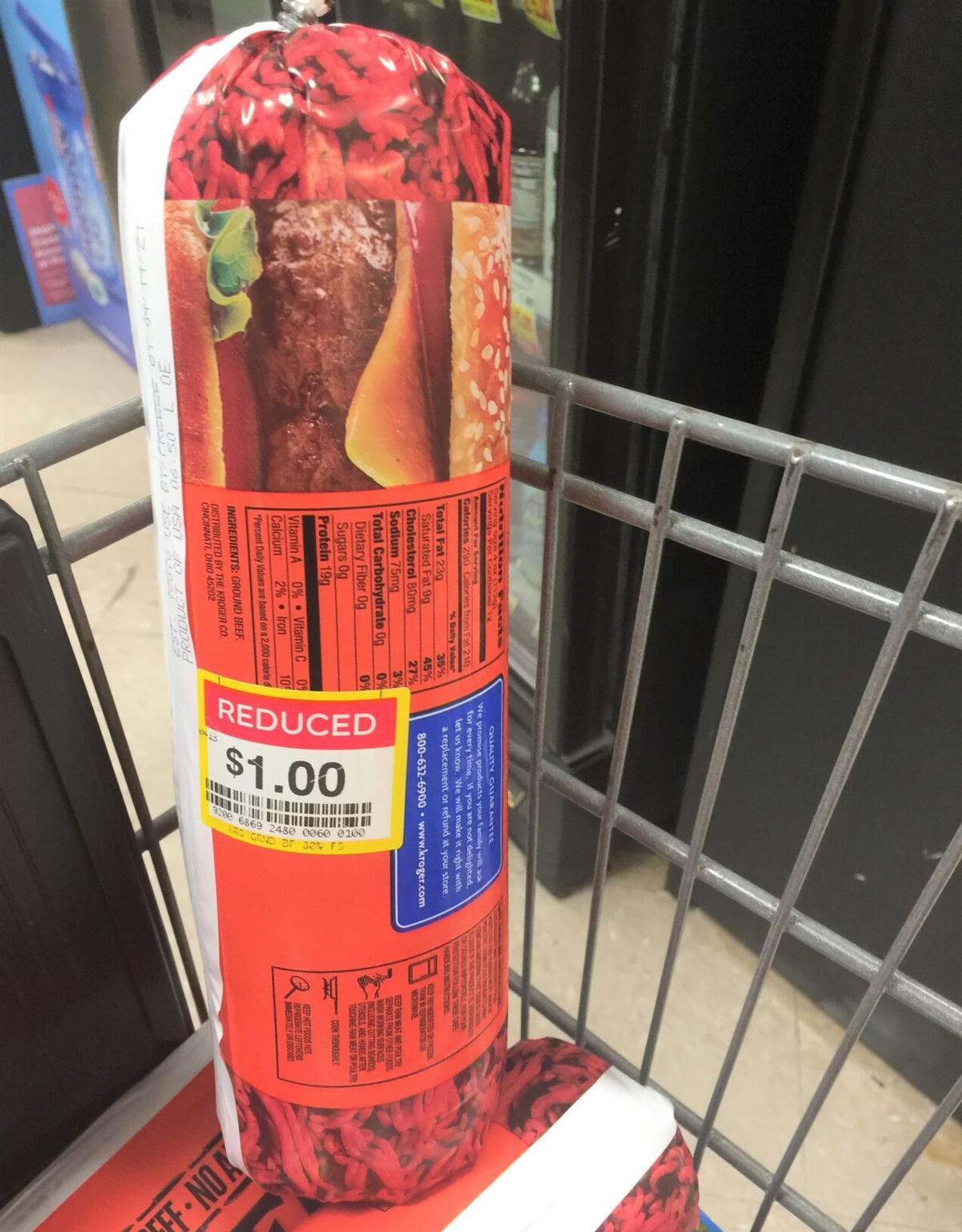 Couldn't stop myself from sending this text photo to Lynn to show her my bargain. Upon seeing the subsequent photo of the shopping cart full of meat logs Lynn replied that I was in need of mental health treatment. 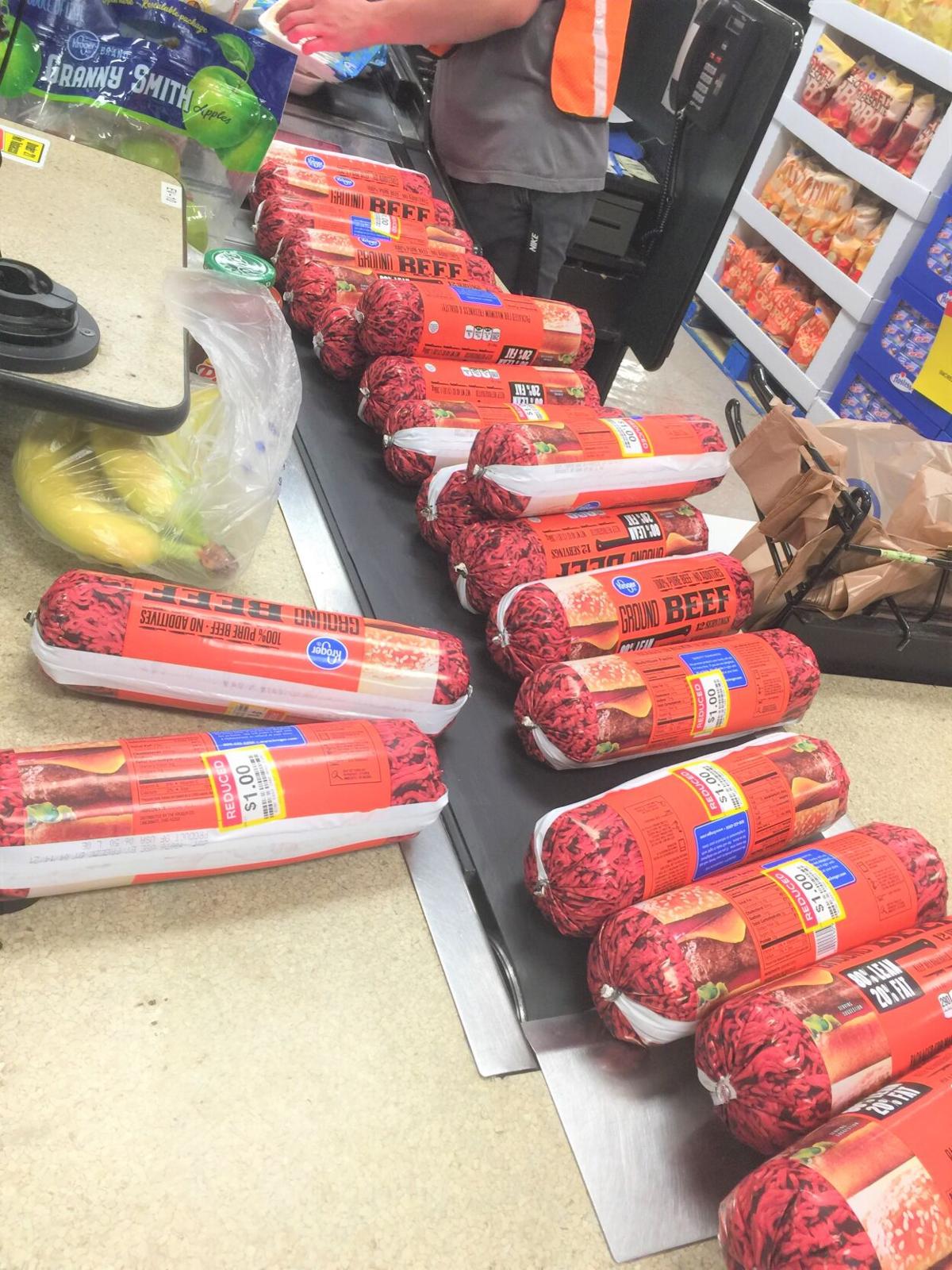 When I explained triumphantly to the lady waiting behind me in the checkout line why my cart was full of meat, she replied dismissively that she is a vegetarian. Ego deflated. 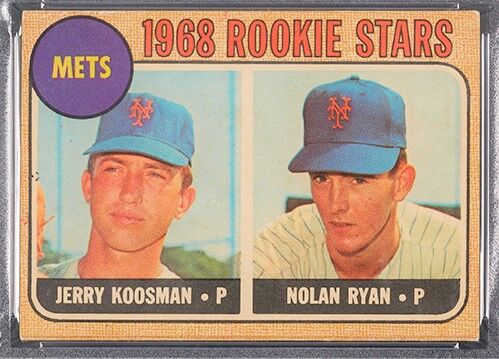 The most valuable cards in Jeff Bobo's collection (which is hidden away in an undisclosed location) is this 1968 Topps Nolan Ryan rookie Card which was worth about $500 when he acquired two of them at a Milwaukee flea market in 1986.

If the 1980s was Wall Street’s era of the take-no-prisoners, lead pipe mentality for business strategy, then I was the Gordon Gekko of baseball card collecting.

As with stock market prices, the value of baseball cards was inflated throughout the decade, but I believed the hype and went on a greed- fueled mission to acquire all baseball cards with ruthless efficiency.

My friends traded their older brothers’ entire collections to me for next to nothing.

I traded a broken skateboard for one collection and a bag of pennies for another. As Gordon Gekko stated so succinctly, “Greed, for lack of a better word, is good” and “If you need a friend, get a dog.”

Meanwhile, every penny I earned on my paper route from 1982-84 went toward buying full boxes of wax packs. After I turned 16 and got a regular job, I set out to acquire complete sets of the three main baseball card brands for every year dating back to 1975.

As Gekko famously said, “The most valuable commodity I know of is information.” On a hot summer day in 1986, my knowledge of baseball card values paid off big time during a visit to the Seven Mile Fair flea market near Milwaukee.

At one table, I opened a Red Wing boot box and found it full of baseball cards, which I assumed were probably just commons. I was wrong.

Just off the top of my head I can remember a 1957 Brooks Robinson; a 1961 Billy Williams rookie card; Hank Aarons from 1960 and 1965; 1968 Ernie Banks and Mickey Mantle; two 1968 Nolan Ryan rookie cards; several 1971 star cards which are impossible to find in mint condition; and two 1973 Mike Schmidt rookie cards, although one was an off-center cut.

My mind was racing and I quickly shut the lid and asked the middle-aged woman behind the table (probably the card owner’s mom) how much for the whole box. She thought about it for a second and said, “How about $20?”

I hadn’t acquired a greed/shame threshold by that time. Without hesitation I slapped a $20 bill on the table to pay for what was probably hundreds, if not thousands of dollars’ worth of baseball cards.

What happened next is just a blur. I was probably fighting to keep a straight face as I paid and rushed to get out of there with that box before someone realized what was happening. I may also have been skipping or prancing away in glee. I put that box in the car, locked the doors, and only then let out a celebratory war cry.

That was 35 years ago, and in all these years I’ve never come across a bargain that made me feel so excited. That is, not until two weeks ago at the Kroger on Stone Drive.

It was a Tuesday around 10 p.m., and I already thought it was going to be a banner night because I found about 10 packs of split chicken breasts that were marked down from $1.99 to 39 cents a pound because they were within two hours of reaching their “sell before this date” deadline.

Meanwhile, the butcher was loading those three-pound logs of 80/20 hamburger that Kroger usually sells for $9.99 onto a cart. As I was picking out my chicken breasts, I overheard the butcher saying to himself he was going to mark those hamburger logs down to $1 to get rid of them.

He thought for a second. I think he originally intended to make them $1 per pound, but then he made the split-second decision to mark them down to $1 per log.

I’d gone only to get dog food and something for Lynn’s lunch the rest of the week. But I never stop at Kroger without looking at the meat aisle for bargains. So like a shot I went to get Maggie’s food and three Healthy Choice frozen dinners for Lynn, and by the time I got back to the meat aisle he was applying the $1 stickers.

This was a banner day, and not only because I acquired enough meat to to fill a large bathtub. This was also the day I discovered my greed/shame threshold.

As fast as the butcher was pasting on that $1 stamp, and without counting, I was loading armloads of meat logs “firewood style” into my cart. It was quite a spectacle, and I felt like one of those crazy people you see in the Black Friday videos.

I probably could have gotten out of there with more than 50 logs. Enough raw hamburger to fill a small swimming pool. Unfortunately, I was born with too much self-awareness and realized I was acting like a nut. That’s the greed/shame threshold kicking in.

So I walked away. It wasn’t easy. That Seven Mile Fair streak of greed was still tugging at me, because I know I will never come across a bargain like that again.

When I explained triumphantly to the lady waiting behind me in the checkout line why my cart was full of meat, she replied dismissively that she is a vegetarian. Ego deflated.

Upon counting my meat cache as I loaded it into the freezer at home, I discovered that my greed/shame threshold is officially 19 hamburger logs — or 59 pounds of hamburger for $19 plus tax.

Gekko would be very disappointed by my greed/shame threshold. But then again, he also famously said, “Lunch is for wimps.”