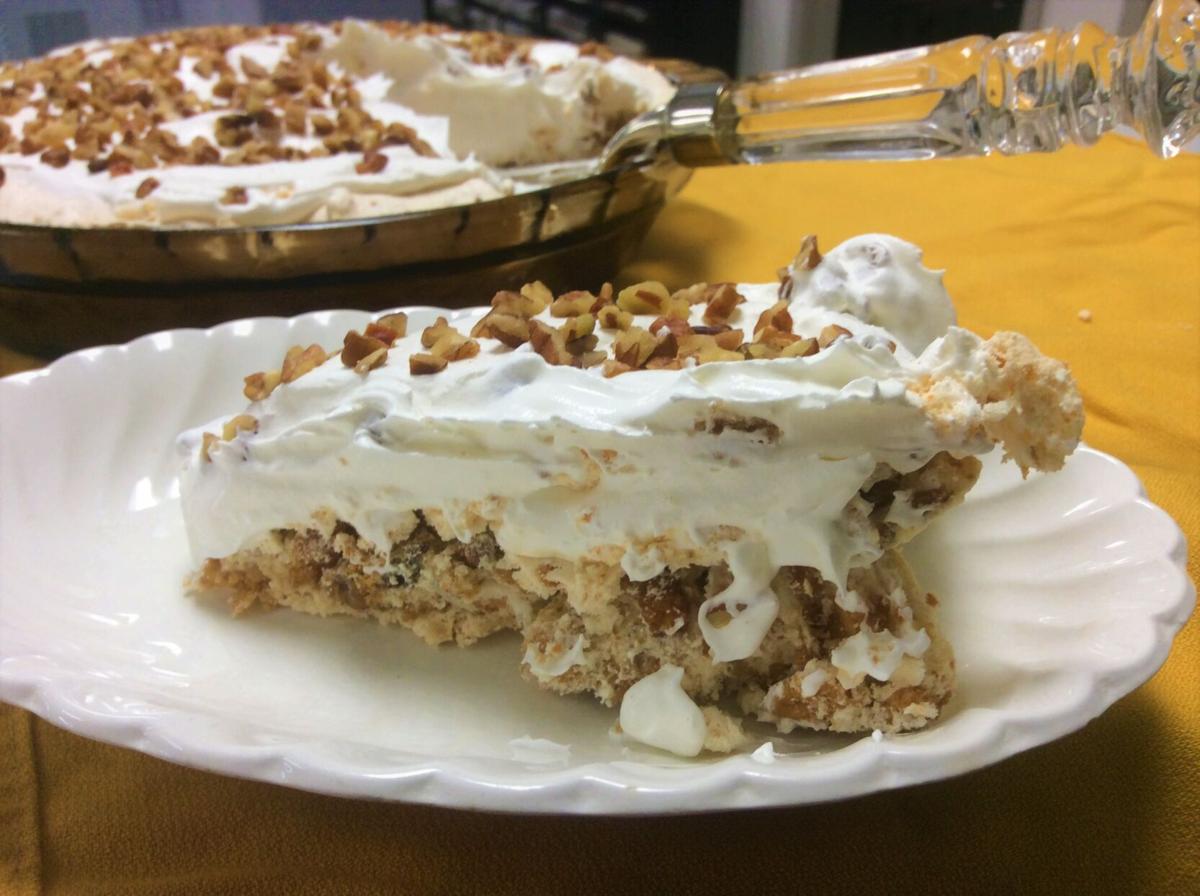 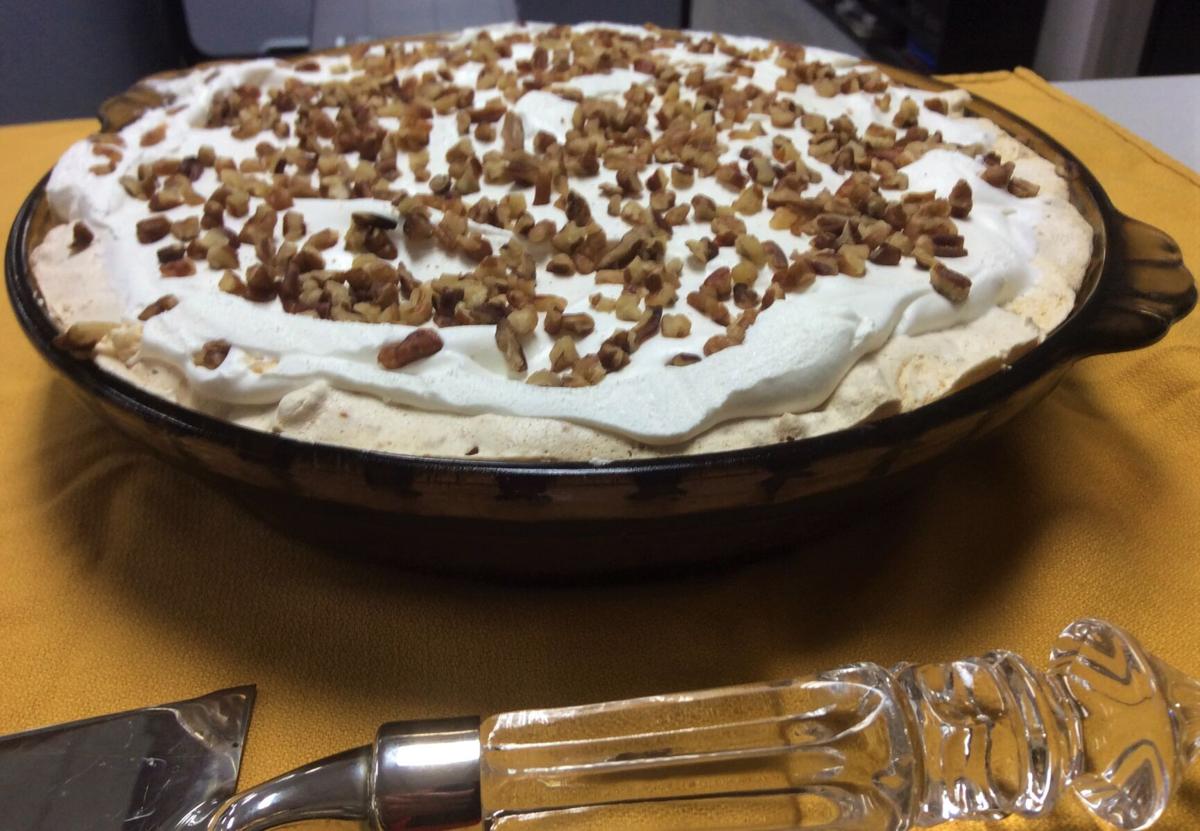 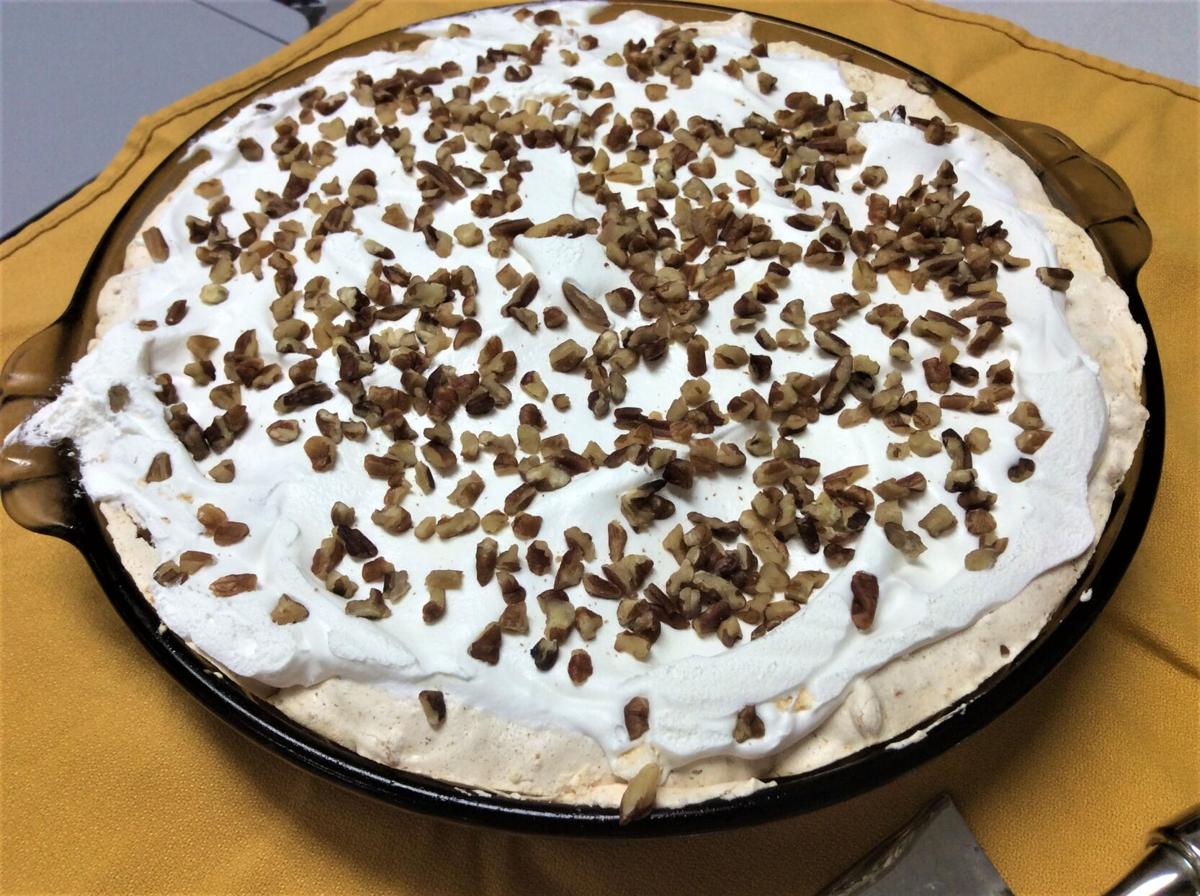 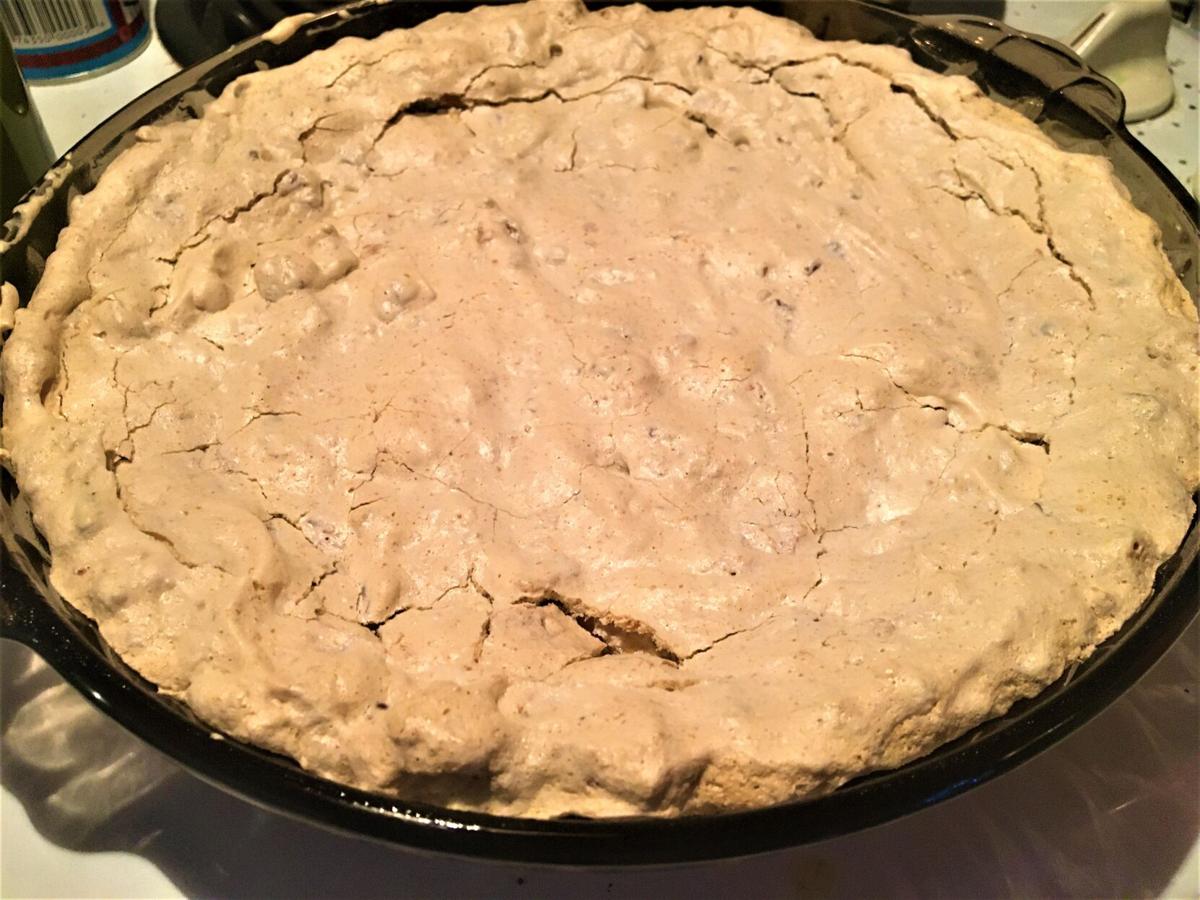 Last week, I mentioned that Piccadilly’s salmon patties were a favorite of mine when I was in college. They continued to be so for me and my parents. Toward the end of Dad’s life, as swallowing became more and more difficult due to Parkinson’s Disease, Mom called Piccadilly almost daily to ask if salmon patties were on the menu that day. We ordered other items, too, and Piccadilly carryout — from an ever-friendly, always-patient and helpful staff — provided us with a welcome respite from cooking and with many options. I would love to know Piccadilly’s salmon patty recipe. I’ve searched online, and more than once have seen theories mashed potatoes helped add to their fluffiness and many guesses as to what was used for the crust.

Back in the day, the whole family going to Piccadilly for a meal together was the norm. Dad’s favorite entrees included fried chicken, chicken livers with onions, and turkey with dressing and gravy. He also ate a lot of Jello cubes. Oh, he never chose those for his own tray. But his mother couldn’t pass them up. Ever. There was something about cubes of brightly-colored Jello that compelled my grandmother to put a bowl on her tray. In fact, she was especially fond of small bowls of food in general, making Piccadilly’s cafeteria concept a full-on adventure for her on every visit. I’m not sure I ever saw her with an entree. Just bowls and bowls and more bowls. And always one with cubes of Jello. I talked to my sister Pamela about this and she confirmed my memories, particularly the Jello — and how once seated, food removed from tray and placed on table, cloth napkin (they had those for the longest time, until recent years) in lap, our grandmother’s first comment would be along the lines of “Goodness. What am I to do with all this food. One gets carried away. You mustn’t make me try and eat all this ... here, please, just try a bit of this.” That last part was said as she spooned or slid food from one of her little bowls onto your bread plate. The cubes of Jello were always the last to be disposed of and after eating one, perhaps two, of the cubes, she would plead with each of us to help eat them. That’s were Dad stepped — or spooned — in to polish off the bowl of Jello.

Piccadilly’s Pecan Delight Pie had a stronger hold on me than that cubed Jello had on my grandmother. I got it every time I went through the line for many years. Every time.

Back then, there’s nothing you could have told me that would have made me believe a main ingredient of the pie was crackers. As I’ve scoured church and community group cookbooks from all over the place over the years, I began to notice recipes for “cracker pie” and realized it sounded like my favorite Piccadilly dessert. Some recipes call for the use of saltine crackers. Most, however, specify Ritz crackers. Online you can find multiple posts for what are titled recipes for Piccadilly’s Pecan Delight pie. They are mostly similar, if not identical to each other and also match up closely to the many “cracker pie” recipes I’ve come across in cookbooks.

As the pie is basically a baked meringue, I’ve started making my version of “Ritz Pecan Pie” in tandem with making key lime pie (which uses only egg yolks). I typically make two key lime pies at a time — one for Mom and another for Dr. Bill (Hudson) as key lime pie is a favorite of each. That in turn leaves enough egg whites to make two Ritz Pecan Pies.

1) Crush one full-size sleeve (not snack pack) of Ritz crackers and chop ⅔ cup pecans, placing both on a baking sheet. Toast in a 350° oven for approximately 5 minutes (do not burn, you want them just toasted). Remove for oven and let cool. Lower oven temperature to 275°.

2) Add a heaping ½ teaspoon of cream of tartar and two teaspoons pure vanilla extract to the egg whites and beat until stiff peaks begin to form. Add 1½ cups sugar, as you continue beating until sugar is fully incorporated and meringue is very stiff.

3) Fold in crackers and nuts.

5) Place pies in oven and bake at 275° for one hour. Turn oven off, but leave pies inside for another hour.

6) Remove pies (baked meringues) from oven and allow to cool completely. Once cool, I use a large serving spoon to gently tap the top of each pie, collapsing what is the top of the meringue and creating a indentation. Fill the center of each pie with 12 ounces of Cool Whip. Sprinkle with chopped pecans and place in refrigerator until completely chilled.

If you’re wondering about my key lime pie recipe, it’s not mine and it’s super simple: buy a bottle of Nellie & Joe’s Famous Key West Lime Juice and follow the recipe printed on the label. Each pie requires three large egg yolks, thus, my availability of leftover egg whites with which to make Ritz Pecan Pies. The key lime pie recipe is also available on Nellie & Joe’s website. A note: we prefer key lime pie without a meringue topping, or I wouldn’t have leftover egg whites. Another note: their recipe calls for baking the key lime pies for 15 minutes, but I bake them for 25-30 minutes. They’re wonderful. Just ask Mom or Dr. Bill.

Piccadilly: a mainstay of my dining out options for 44 years