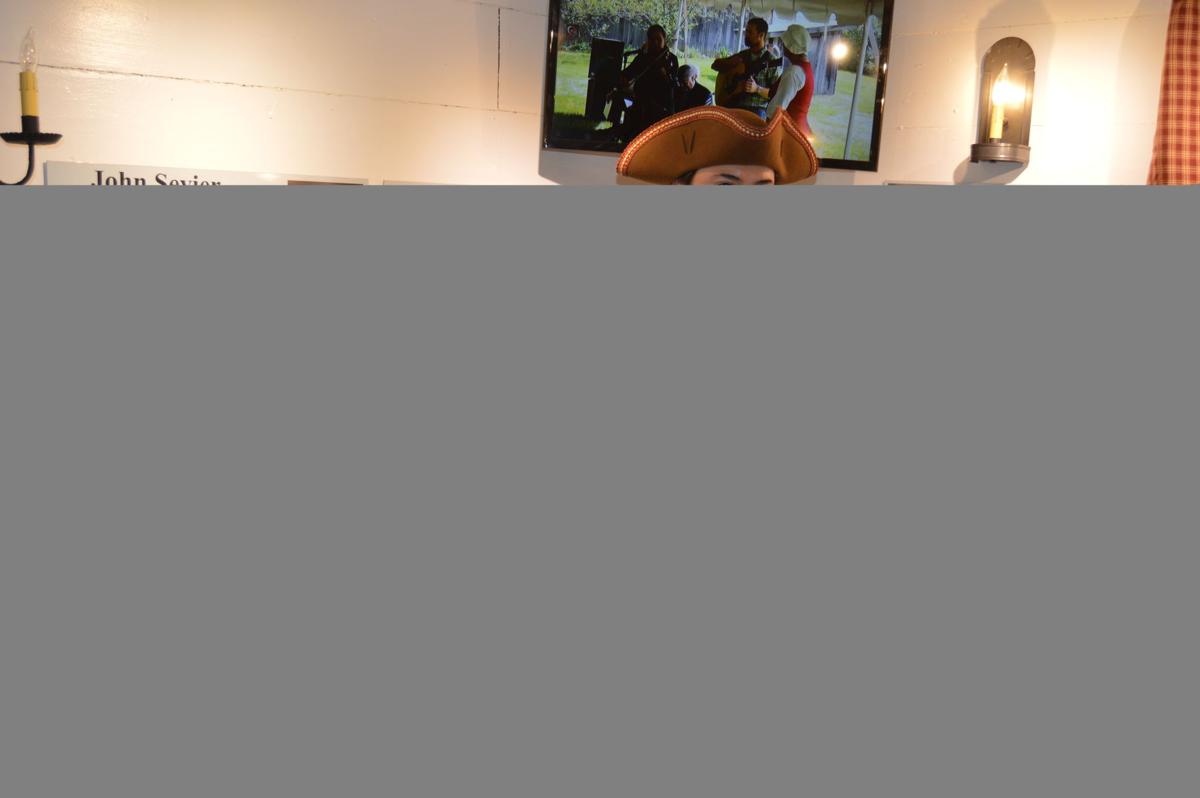 Clay Jacobs offered tours of the Big Creek Visitors Center on the Amis Historic Sttlement property just south of Rogersvilel durign a dedication ceremony for the center last April. The center tells the story of many of the historic figures who stopped at the Amis property, which was the end of the Old Stage road for a time. 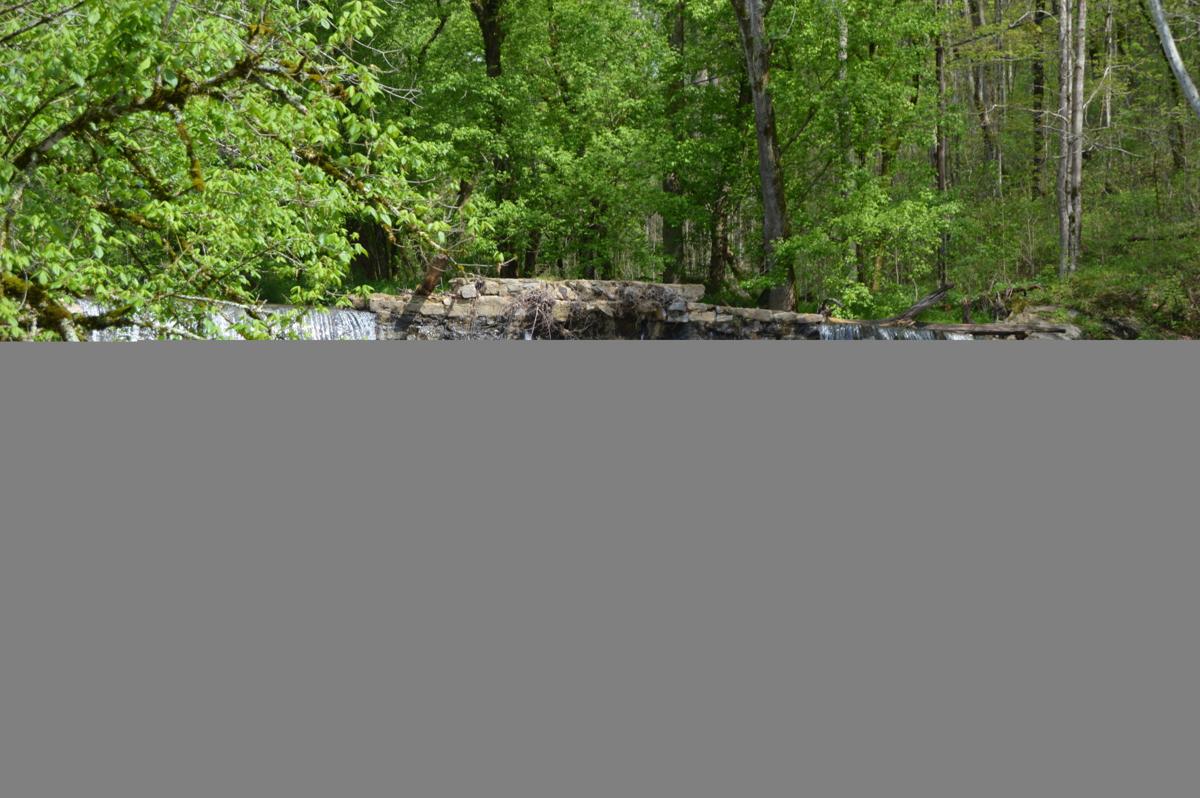 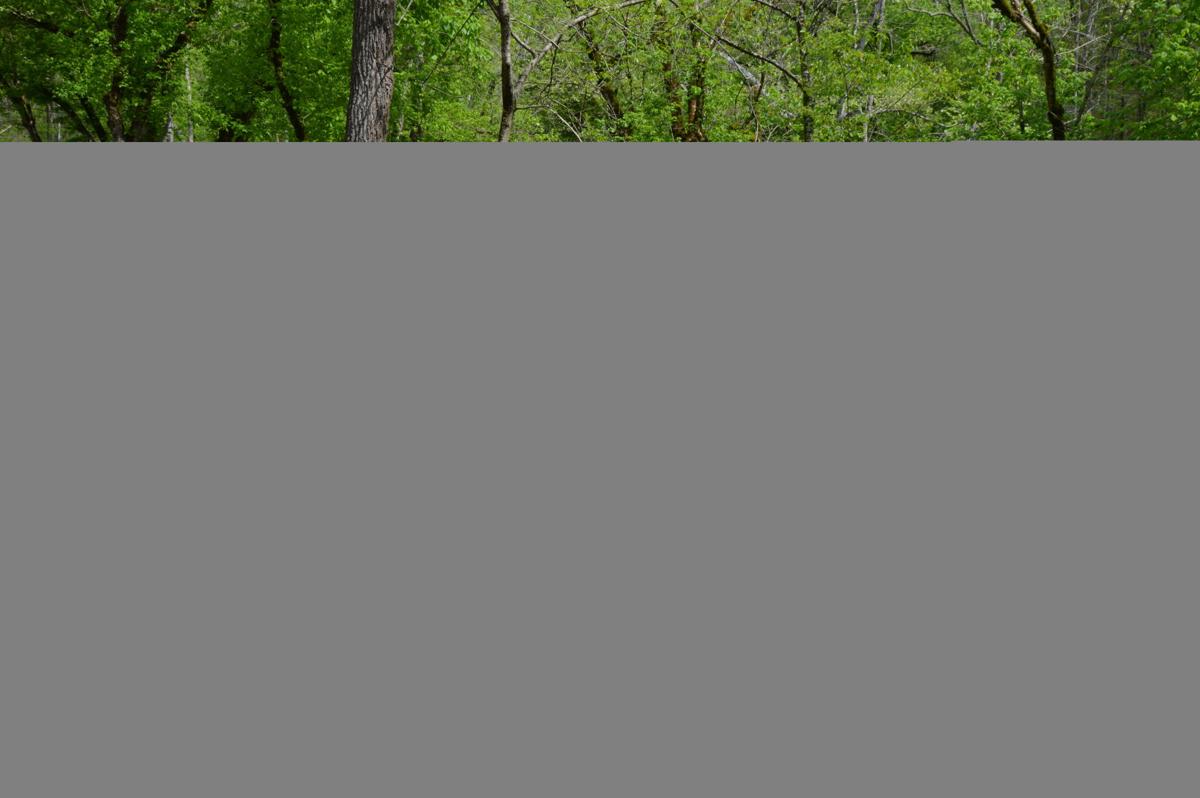 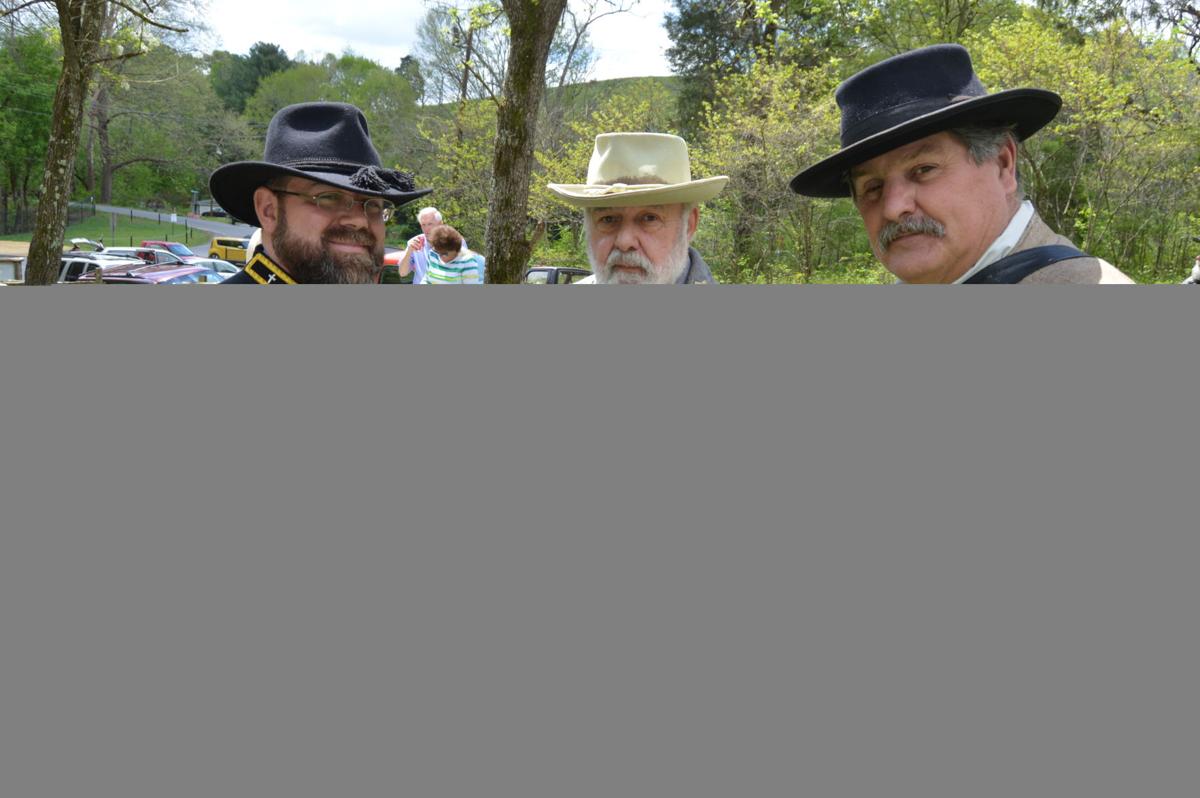 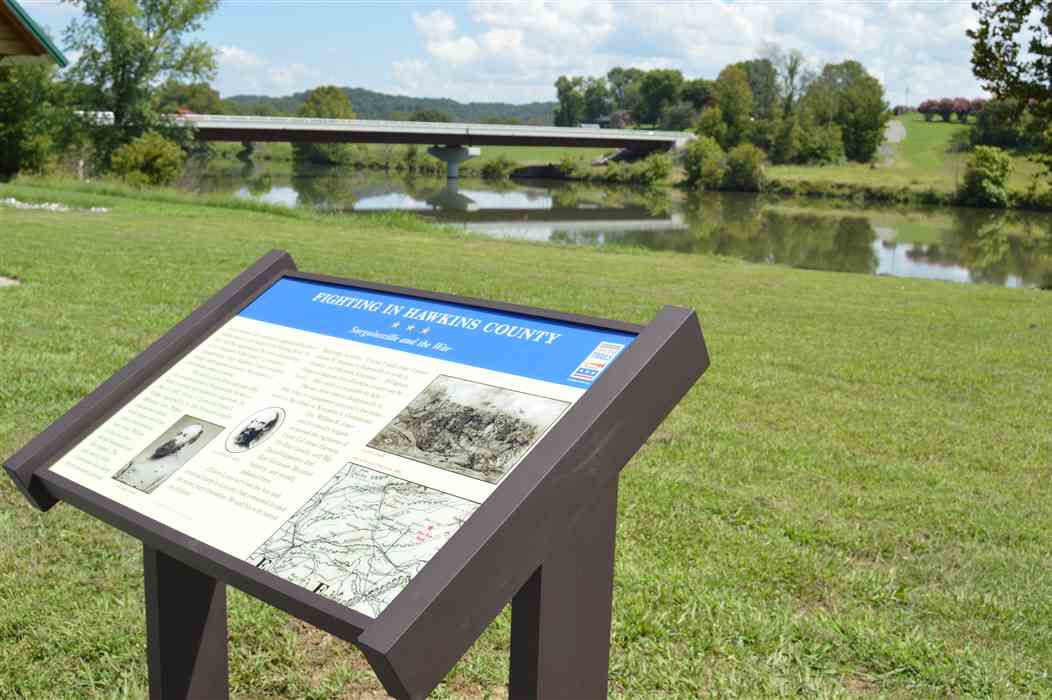 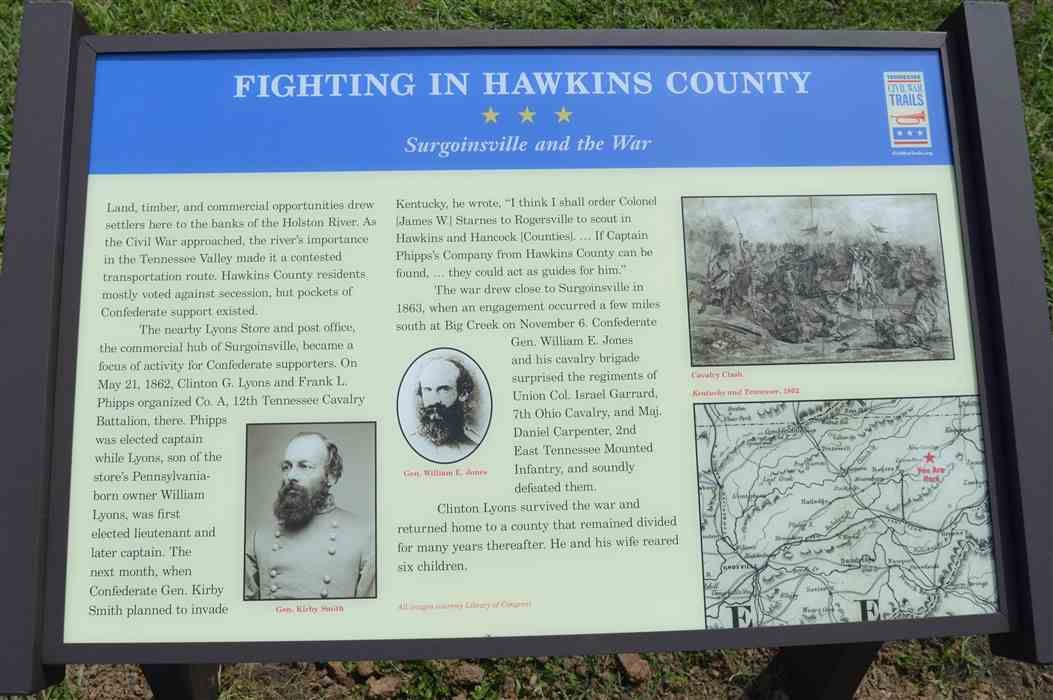 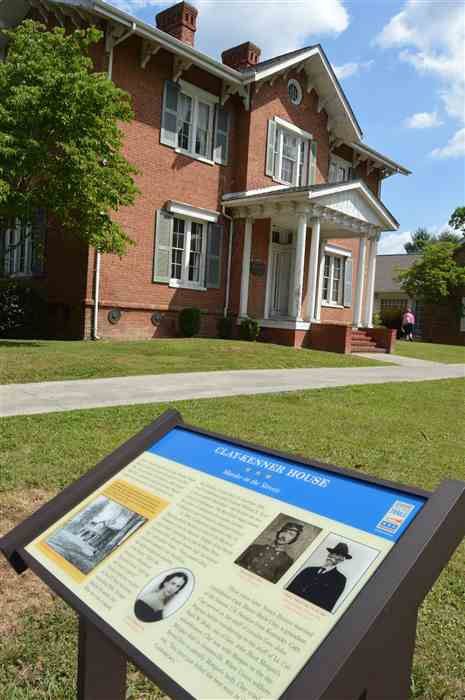 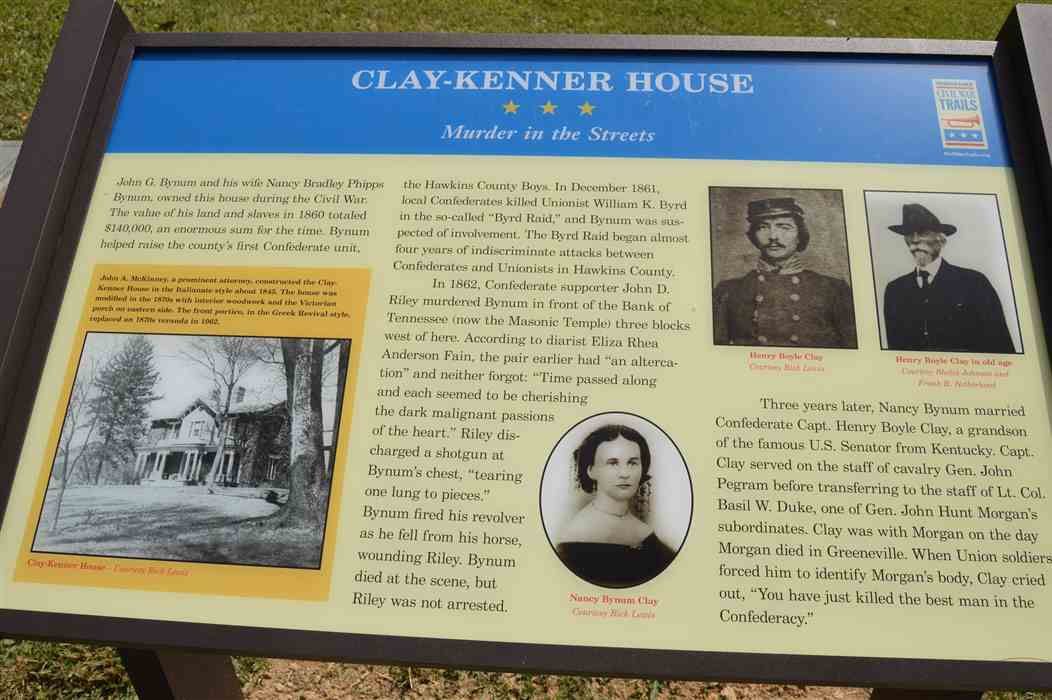 Clay Jacobs offered tours of the Big Creek Visitors Center on the Amis Historic Sttlement property just south of Rogersvilel durign a dedication ceremony for the center last April. The center tells the story of many of the historic figures who stopped at the Amis property, which was the end of the Old Stage road for a time.

ROGERSVILLE - From frontier expansion to the Civil War, and onward to the birth of Tennessee printing and the state’s marble industry, Hawkins County is making good use of its rich history to generate millions of dollars and create hundreds of jobs through tourism.

In 2015, which is the most recent year compiled by the state, the total economic impact of Hawkins County tourism was $37.27 million. According to state tourism figures, Hawkins County's tourism supports about 250 jobs.

Hawkins County doesn't have the traditional tourism attractions that big cities like Knoxville, Nashville and Memphis have to offer. Nor does it have a natural travel magnet like the Great Smoky Mountains, which puts Sevier County at the top of the state's tourism dollar generators.

But, Hawkins County does have rich, and well preserved historical attractions from two very important eras in American History: the expansion into the western frontier of the late 1700s and early 1800s; and the Civil War.

The privately owned Capt. Thomas Amis Historical Settlement property located just south of Rogersville is attracting visitors with stories it has to tell from both of those eras.

The Visitors Center tells a story of America’s battle for independence in North Carolina 240 years ago and subsequent westward expansion.

More specifically, it tells how one of the patriots who fought in that war — Capt. Thomas Amis — built a settlement at the end of the Old Stage Road two miles south of modern day Rogersville and helped aid further westward expansion by supplying settlers, including some of America’s most famous founding fathers, with food, shelter, supplies and information.

Nearby Amis House was built by Capt. Thomas Amis shortly after he arrived in 1780.

Amis brought with him his wife, 11 children and about 30 slaves, and the first things they built were the dam, the mill and the house — all of which were made of stone.

The entire property is open for walking tours, and by calling in advance, a guided tour can be scheduled.

Visitors can learn about the significant historical figures who visited Amis House, which for a time was at the end of the Old Stage Road and the last chance to buy supplies for settlers heading west.

The dam and the house are still standing, and the foundation and part of the mill wall can also still be seen near the dam.

The dam is the oldest stone dam still standing in Tennessee.

The monument tells the story of the Battle of Big Creek, which took place on and around the Amis property in 1863 when a Confederate force marched from Kingsport to Rogersville and surprised the Union occupiers of the town.

During that battle the Confederates captured food, weapons and hundreds of men while driving the fleeing Union forces to Morristown.

Rogersville Chamber of Commerce Director Nancy Barker said the Amis Civil War monument is just one of four in Hawkins County as part of the Civil War Trails program.

“It’s just another tool in your tourism tool box to help you bring more people in,” Barker said. “Civil War enthusiasts are known to go into areas and seek out Civil War battlefields, so this will just give us an opportunity to bring them into our community, and hopefully they’ll spend some of their dollars here.”

The Big Creek Visitors Center is located in a restored 1850s house that existed when the battle took place, and is located a short distance downstream from the Amis Mill and dam, and the Amis Mill Eatery.

Jake Jacobs created the visitors center to serve as a hub for all historic tourism in the region, linking other significant locations with maps, stories, and showing how they’re all connected by the historic figures who stopped there.

“We don’t look at ourselves as owners of this property,” Jacobs said. “We think of ourselves as caretakers, and it is our responsibility to preserve and share the history and physical beauty of this area with everyone who wants to see it.”

So far the Surgoinsville Riverfront and the Kenner house in downtown Rogersville are the only two locations to have their monuments installed. Hawkins County will also receive a Civil War Trails monument at the Hawkins County Courthouse.

The Surgoinsville monument mainly discusses the nearby Lyons Store and Post Office and the role that building played in the formation of Co. A of the 12th Tennessee Cavalry.

The Lyons Store is still standing, and although it isn’t open to the public, it can be seen by passing motorists on East Main Street just east of downtown. Surgoinsville’s monument also discusses the Battle of Big Creek.

Tennessee’s Civil War Trail markers are part of a statewide tourism effort, with more than 400 scattered across all 95 Tennessee counties.

“We know that there has been an increase in visitation and an increased interest in Tennessee's historic travel during the five years of the Civil War Sesquicentennial,” Dupree said. “One exciting fact to note is that Tennessee is the only entire state in the U.S. to be designated by the U.S. Congress a Civil War National Heritage Area. What we believe is that the trail markers have become ‘bucket list items’ for Civil War enthusiasts, history buffs and even first-timers.”

During the Civil War Rogersville was occupied by the Union and the Confederacy at different times.

The oldest structure in town is Rogers Tavern, built by city founder Joseph Rogers in 1786 just south of downtown adjacent to Crockett Creek Park. Rogers and his wife are buried in a small cemetery at the park beside Davy Crockett's grandparents who were the original white settlers in the area and were massacred by natives.

A walking tour brochure is available at the Inn which tells the history and location of Rogersville's oldest buildings.

Hawkins County is the birthplace of Tennessee printing and newspaper production, and that story is well told by the Tennessee Newspaper and Printing Museum located in the old railroad station at the corner of Depot Street and Broadway Street.

Hawkins County is also the location of the Tennessee's first quarry which produced marble used to build the Washington Monument and the 1855 U.S. Capital expansion. State historians are currently compiling more information on that forgotten aspect of the Hawkins County story.

But, it's personal family history that actually attracts the most people to Hawkins County. A lot of people in the country have family roots that pass through Rogersville and Hawkins County.

Founded in 2006, the Hawkins County Archive is a hub for county and regional genealogy research.

The archive, at 951 E. McKinney Ave., across from Rogersville Middle School, is almost literally busting at the seams with old documents and information that genealogy researchers describe as solid gold.

Jack Goins was appointed county archivist in 2005 and formed a group of volunteers known as Friends of Hawkins County Archive Project.

This group was organized to restore the old county records.

In 2006, the Friends group was chartered by the state as a non-profit organization and was awarded “Society of the Year” by the East Tennessee Historical Society.

Today, the Hawkins County archive is among the biggest tourist attractions in Hawkins County, drawing people from throughout the country who have ancestral connections to the area for genealogy research.

“Most people come here looking for their ancestors who were her in the 1700s and 1800s,” Goins said. “We’ve got a name index to look and see if they’re there. They can look up a marriage, or a will, or land records — stuff like that. We also have quite a few surveyors who get old maps out of the Chancery Court, but mostly it’s folks searching for their ancestors.”

When the archive opened, volunteers sorted through, copied and cataloged documents stored in the Hawkins County Courthouse basement dating back to 1787.

While searching the old courthouse records, Goins and his volunteers found many rare documents, including land grants signed by presidents Andrew Johnson from 1867 and James Madison from 1822; documents signed by early Tennessee governors including John Sevier, Willie Blount and Joseph McMinn; and the original Rogersville town charter.

The Hawkins County Archive is open from 9 a.m. to 4 p.m., Monday through Thursday.

Among the documents stored at the Hawkins County Archive are:

Back when farmers plowed cornfields along Hawkins County’s Holston River bottoms, it was fairly common to find arrowheads and other artifacts left behind by the Native Americans who previously occupied those shores.