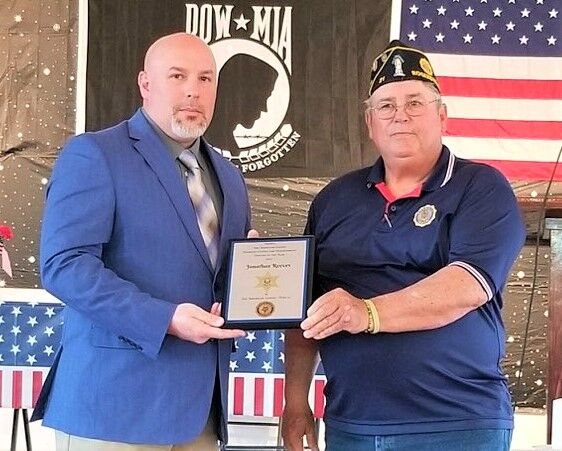 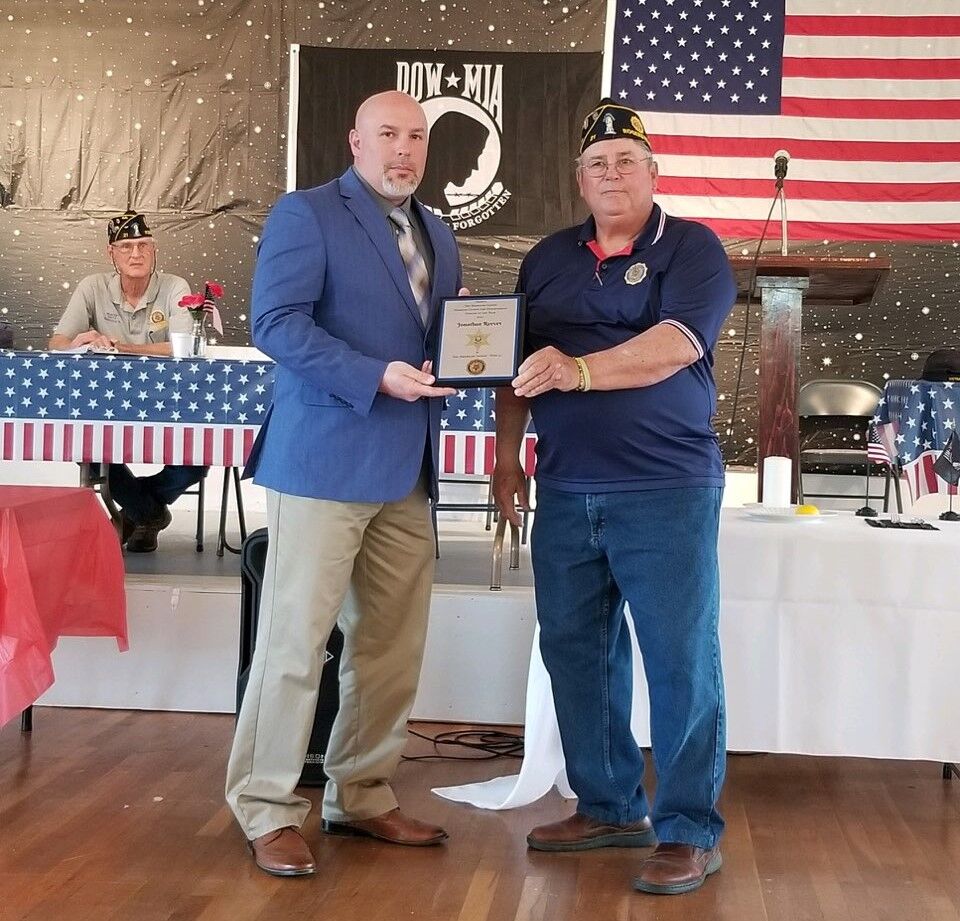 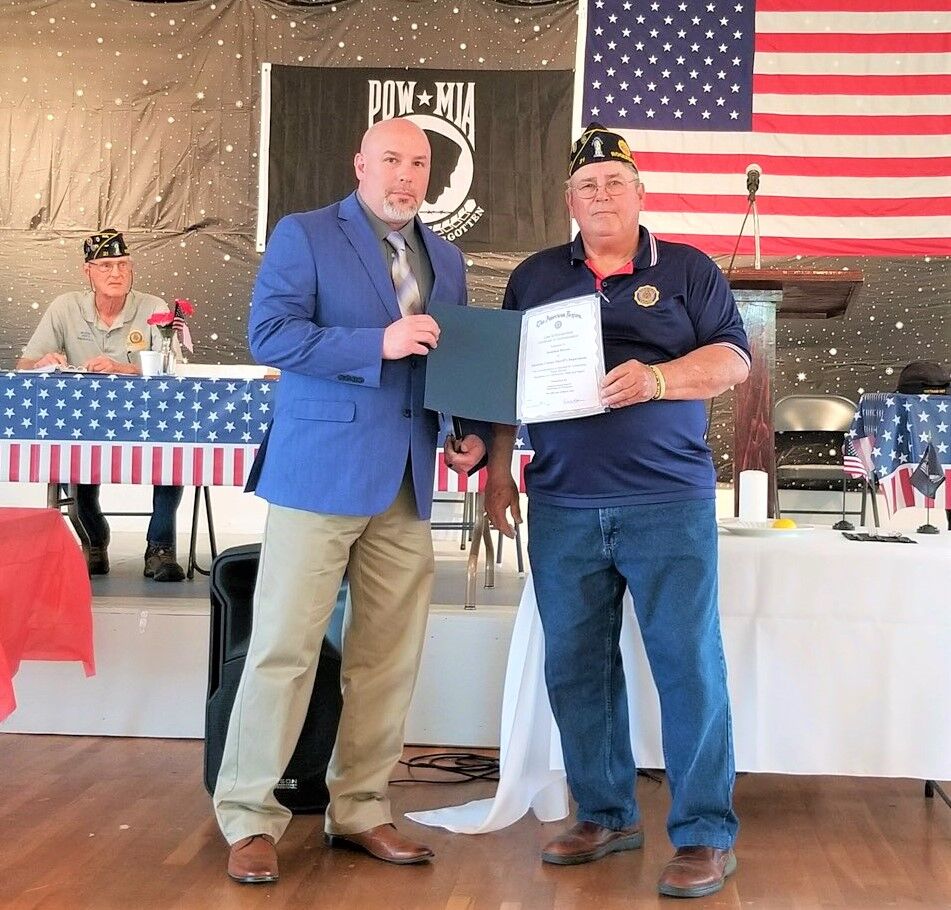 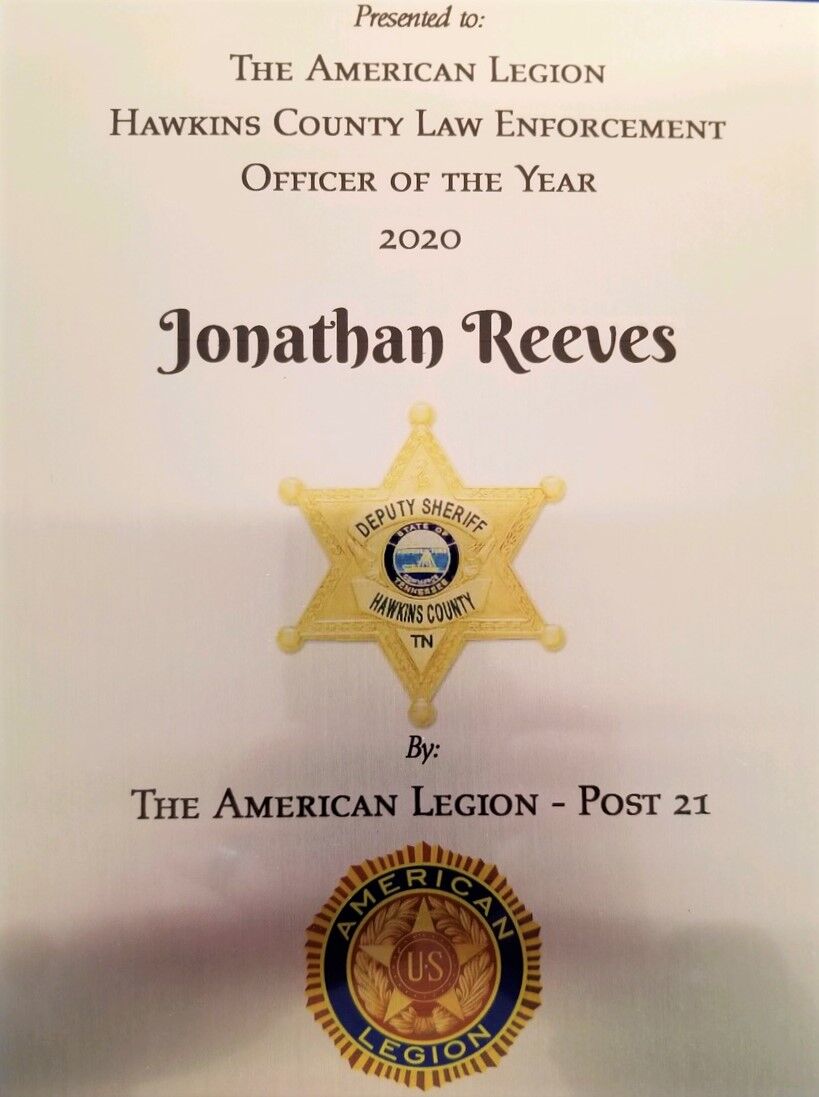 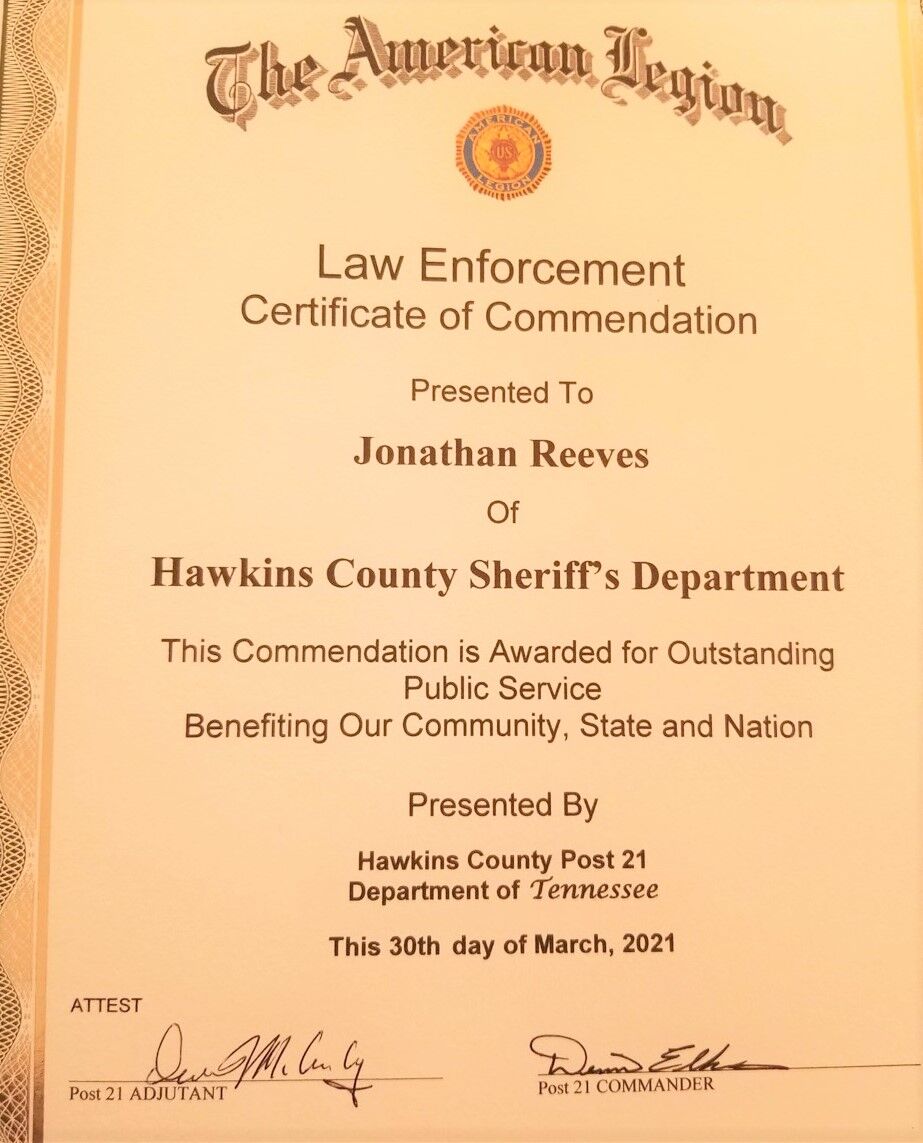 ROGERSVILLE — Hawkins County’s officer of the year doesn’t ride around in a patrol car arresting bad guys, but Sheriff Ronnie Lawson said there’s no way of knowing the number of lives he is responsible for saving by teaching first aid to road deputies.

Reeves is a paramedic on the Hawkins County Sheriff’s Office Tactical Unit, and when it trains, or if it’s dispatched to a crime scene, he responds to help provide first aid if an officer or suspect is injured.

”John has always been an exceptional person”

“I’ve known John many, many years, even when I was chief deputy,” Lawson told the Times News on Wednesday. “John has always been an exceptional person who gives to others instead of himself. He’s always been a first responder. But for everything that he has accomplished, he’s always given Jesus Christ the glory for everything. He loves Jesus, and he loves people.”

Lawson added, “Many of the lives my deputies have touched can be attributed to the first aid training and witnessing that John has provided to them. Even the victims of gunshot wounds and accidents. I told him (during Tuesday’s ceremony) that he saved a lot of lives he didn’t even know about, just by training my officers.”

One example of how that training saved a life was a shooting incident that occurred in May 2020 when a suspect fired at deputies from the woods behind the Bulls Gap VFW.

Deputies returned fire and struck the suspect in the leg with a shotgun blast.

“That suspect took a double- ought buckshot to his leg that almost severed his leg. Once he was in custody, the officer put a tourniquet on him. The paramedic on the rescue helicopter said if that tourniquet hadn’t been applied to that guy’s leg he would have bled to death before they got to Johnson City. That main artery was severed, but he survived.”

Another example occurred last July, when deputies responded to a farming accident involving a man whose upper leg had been impaled by a tractor implement. Although he had freed himself by the time officers arrived, he was bleeding profusely.

Deputies utilized their training by applying a tourniquet and quick clot gauze to stop the bleeding before EMS arrived.

It was later confirmed the man had an arterial bleed and would have died without that tourniquet.

Lawson said those are just two of several examples he could cite.

Every year the Rogersville American Legion recognizes one Hawkins County Officer of the Year.

“When it came time to make a nomination, Chief (Tony) Allen came to me and wanted to know who I wanted to recommend as officer of the year. Without hesitation, I said Reserve Deputy John Reeves, for the training he’s done and the dedication he’s had for my office and my officers. Even though he’s a reserve deputy, he’s all in, and he’s one of the best I’ve got,” Lawson said.

Reeves is director of Fire Science and Paramedic Programs and instructor of Emergency Medical Technology at Walters State Community College. Prior to that, he worked as base manager for Wings Air Rescue and has also worked as a firefighter-paramedic with the Kingsport Fire Department and a training officer at Washington County/Johnson City EMS.

BULLS GAP — The Tennessee Bureau of Investigation was at the scene of an officer-involved shooting that took place at around 11 p.m. Sunday ni…