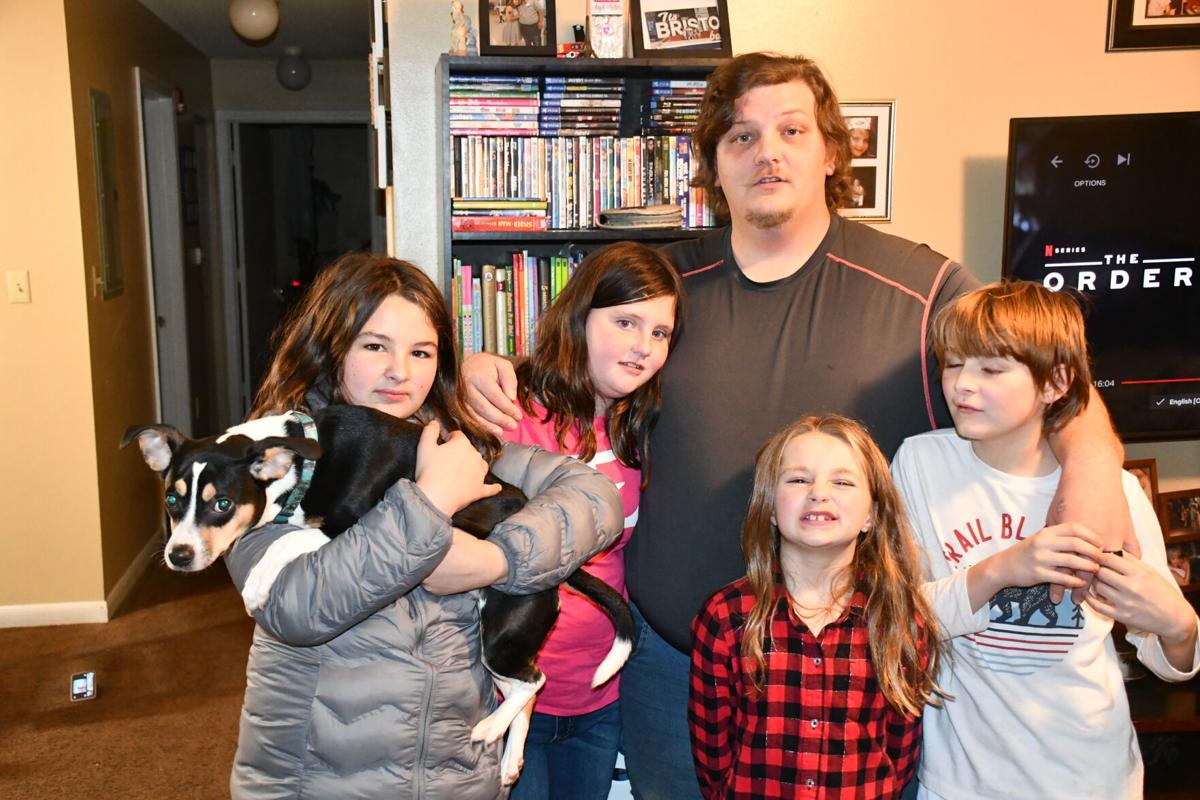 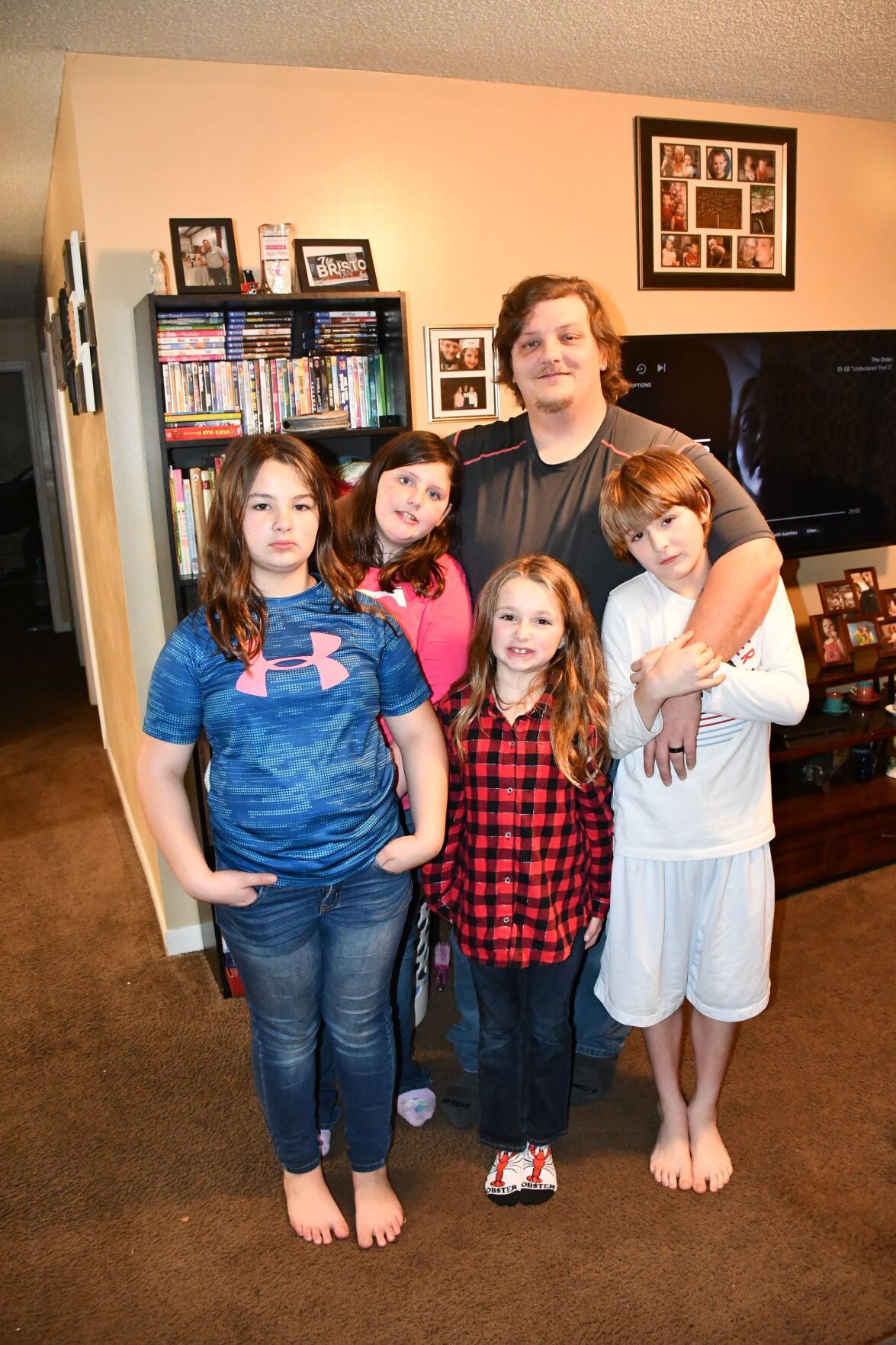 Disabled Army veteran Shayne Missildine is pictured with his children: from left, Carol, Aurora, Hannah and Cole. Not pictured is mother Krystal Missildine. The family is one of more than 750 in the region that will receive assistance from the Times News Rescue Fund this year. 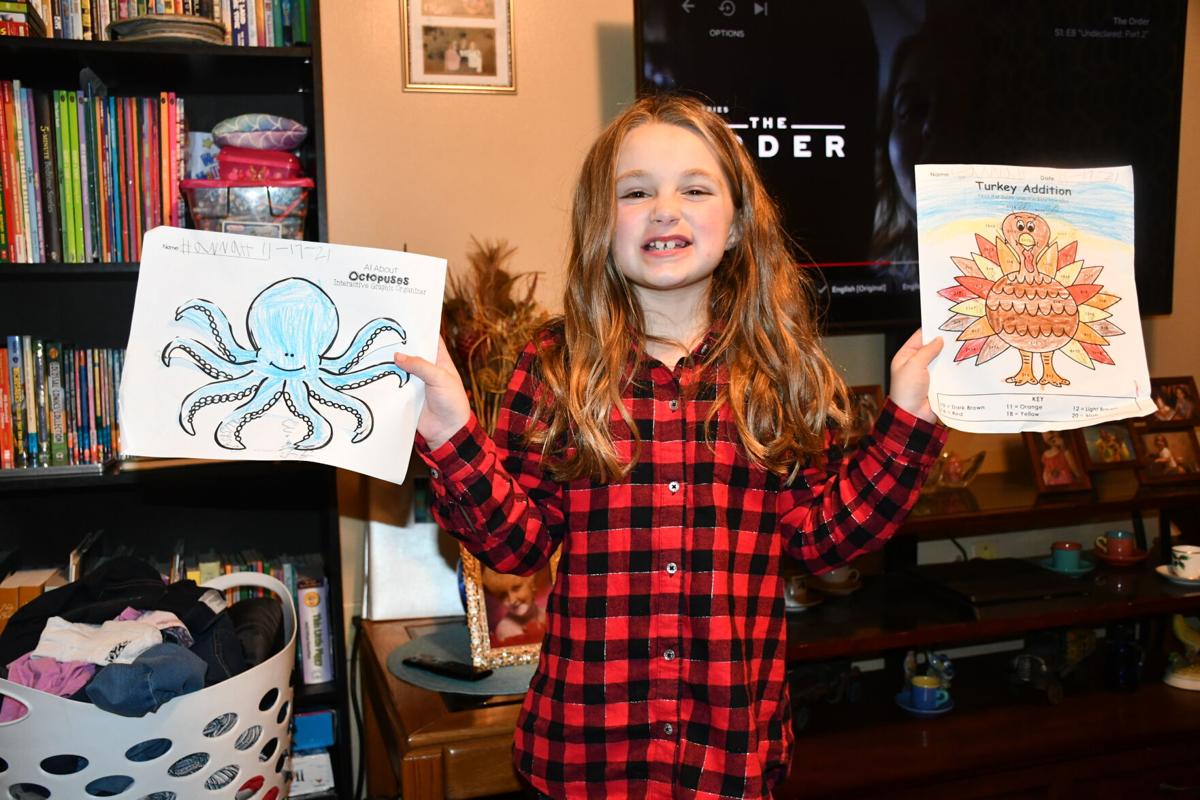 Hannah Missildine, a second grader at Jefferson Elementary School, shows some of her art work. 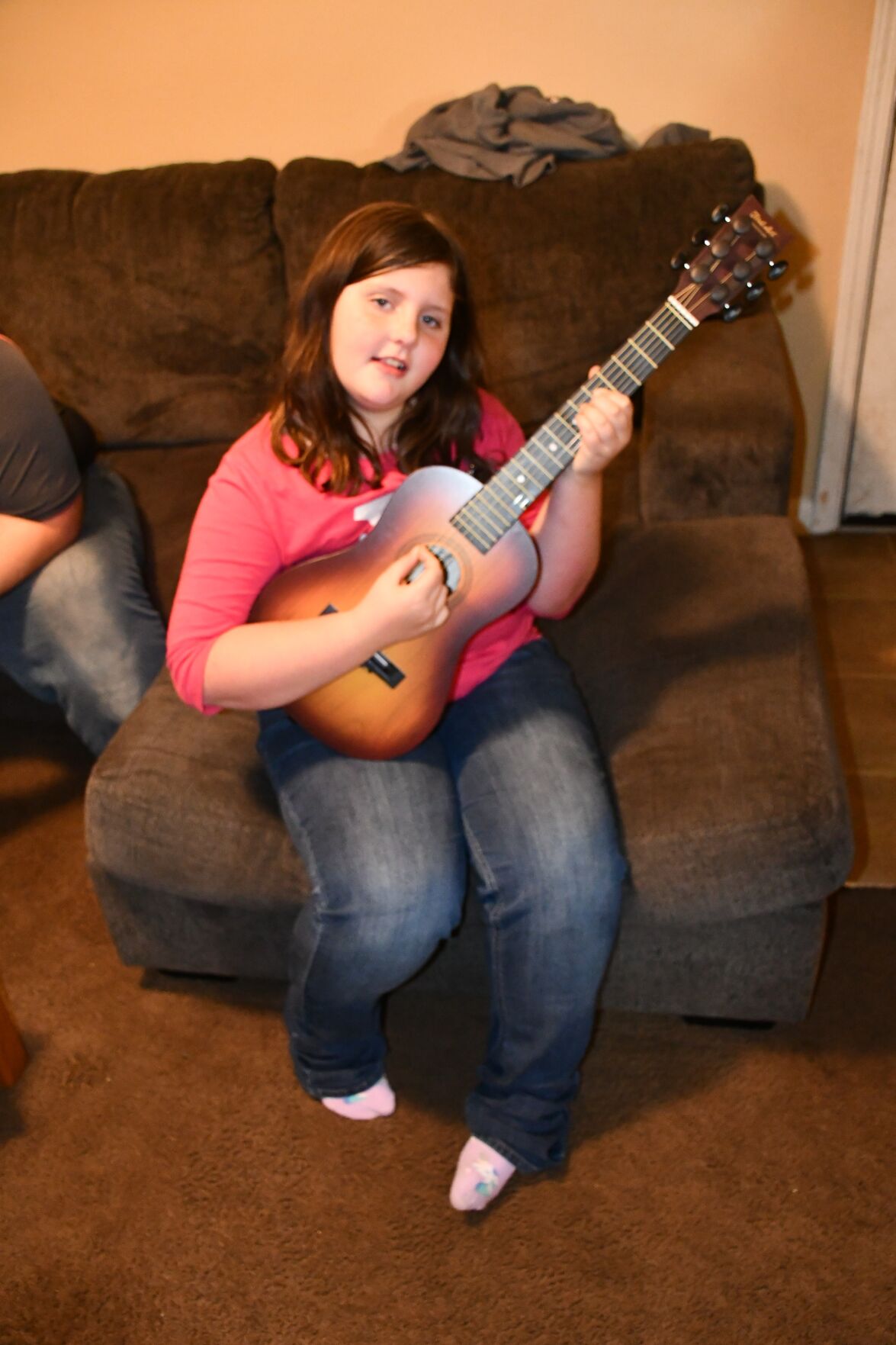 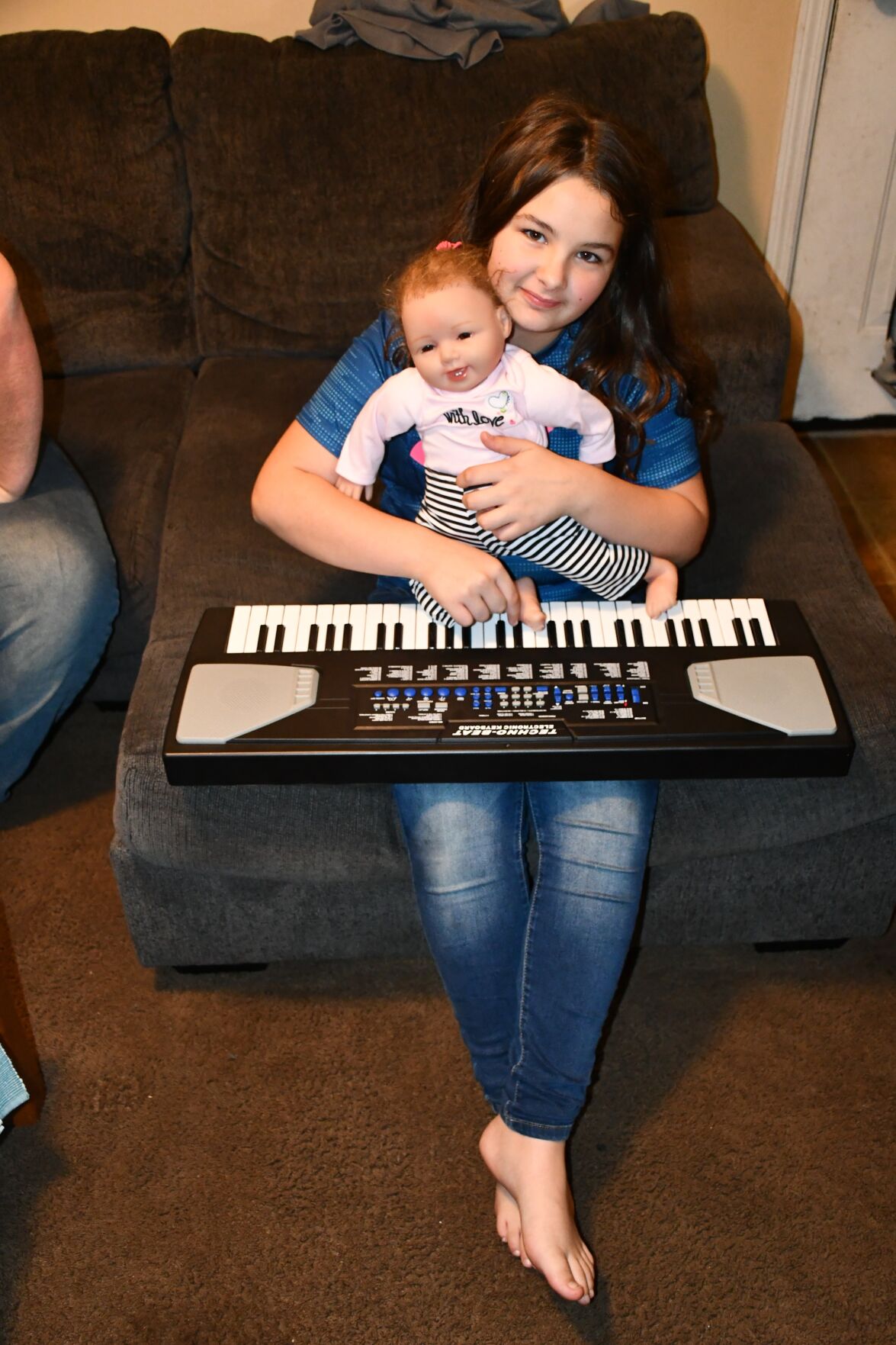 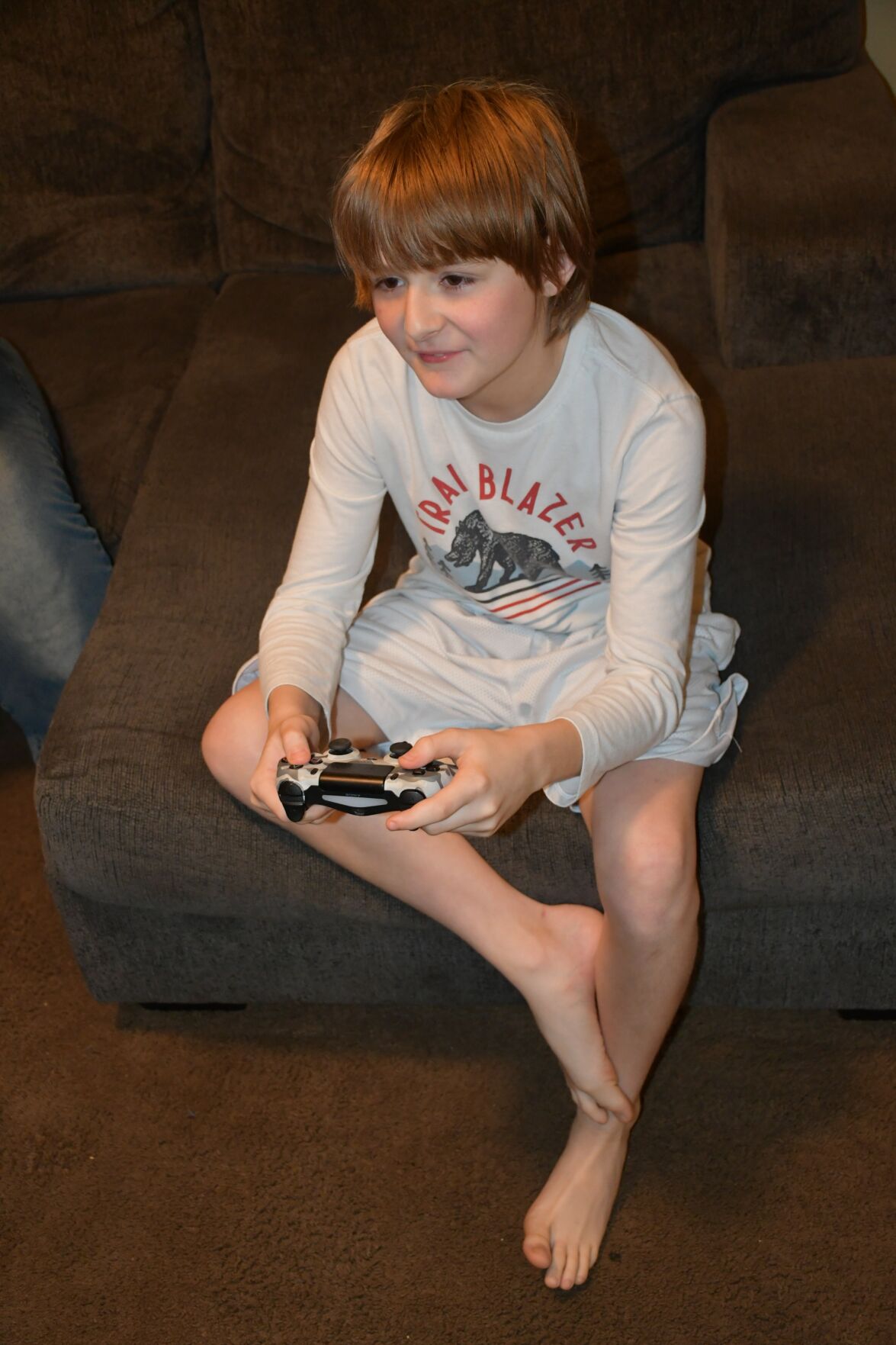 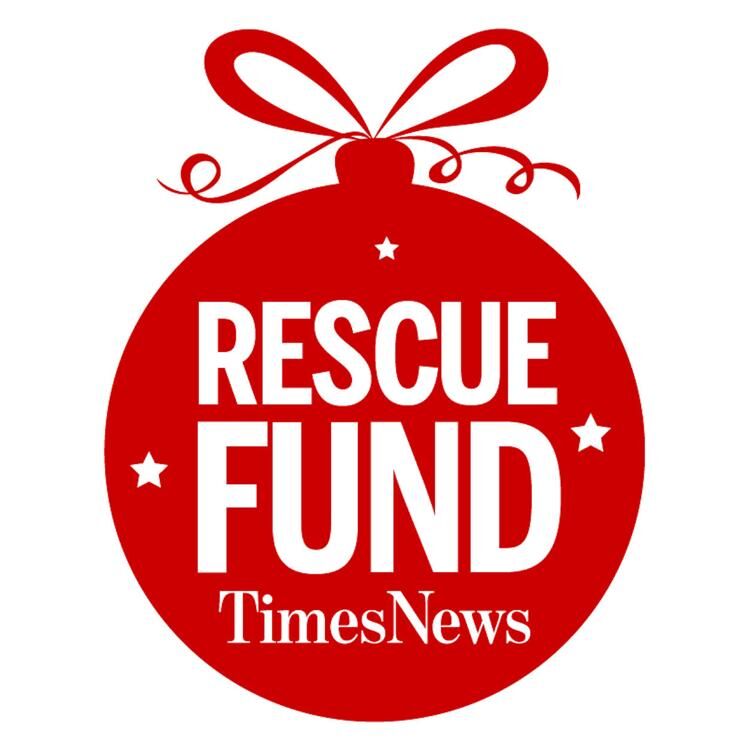 Disabled Army veteran Shayne Missildine is pictured with his children: from left, Carol, Aurora, Hannah and Cole. Not pictured is mother Krystal Missildine. The family is one of more than 750 in the region that will receive assistance from the Times News Rescue Fund this year.

Hannah Missildine, a second grader at Jefferson Elementary School, shows some of her art work.

KINGSPORT — The past two years or so have been rocky at times for the Missildine family.

But the mother, father, three daughters and one son have finally settled into a life in Kingsport they like and are doing better for themselves.

For one thing, they have a roof over their heads. For another, they recently added a dog to the family.

If you ask the children, three elementary students and one middle school pupil, they’ll all say one of their favorite things about Tennessee and Kingsport is snow, something they didn’t see when they lived in Florida.

Their first glimpse of Tennessee snow came in April 2020, and then they saw more late that year around Christmas.

However, two other favorites are going to school and the Salvation Army.

Shayne Missildine, a disabled Army veteran, and his wife, Krystal, have received help from the Kingsport Salvation Army and the Veterans Administration in Johnson City, for which the father said the family is grateful.

“It has been a struggle, but we are steadily moving uphill,” the father of the family vetted by the Salvation Army said.

The family is a modern-day Brady Bunch of sorts, although instead of an architect the father is a stay-at-home dad.

That makes Cole and Shayne the only two males in the home. Even the dog, Shiloh, is a female.

“I can make friends at school,” Cole said when asked what he liked about living in Kingsport.

“Carol threw a snowball at me and she hit me in my nose,” said Hannah, who helped her mother pick out furniture at the Salvation Army. All four children said they love the snow in the Volunteer State.

Aurora said school and the Salvation Army are “fun,” while Carol said, “I like making friends there, at school” and with children in their apartment complex.

Shayne, born and raised in Florida, and the family moved up to Tennessee at the end of November 2019. They stayed with his brother in Bristol but after a falling out with him had nowhere to go.

“We ended up being homeless,” Shayne said. “A police officer brought us on to the Kingsport Salvation Army.”

“We haven’t had to call on them (at the Salvation Army) much after getting settled in the apartment,” Shayne said.

“The Salvation Army has helped us more. If it weren’t for them, we would be sleeping on the floor. I have no problem giving praise to people who deserve it.”

The children generally go the the Salvation Army on Tuesdays and Thursdays after school and for church services on Sundays.

Shayne was based at Fort Bragg, North Carolina, in a field artillery unit that has since been attached to the 82nd Airborne Division. He served from April 28, 2006, to April 29, 2009, and said he wanted to re-enlist but was given an honorable discharge and was no longer allowed to serve for medical reasons.

During his service, he said, he had three heat strokes and has two torn bilateral meniscus, one in each leg, along with a bulging L3 vertebrate and a slipped L4 vertebrate. He said that leaves him with a 40% disability.

The VA helped by paying an apartment deposit and the first nine months’ rent, Shayne said. Krystal has had a series of jobs since moving to Kingsport, but Shayne said the custodial position at Robinson in the Kingsport City Schools system gives her benefits and a steady 3 p.m. to 11 p.m. shift, plus time off when the children are out of school.

The father said he runs a relatively tight ship for the children, requiring them to have their homework done and be in bed by 9 on school nights.

Krystal declined to be interviewed because of her job schedule and what her husband said was a little shyness, leaving the interview duties instead to the rest of the family. They each said they value the help of the Salvation Army and VA. He also said the VA is a 30-minute drive rather than a two-hour drive like it was in Florida.

The Rescue Fund aims to provide some of the region’s neediest residents with extra food for Christmas. The fund is dependent on the generosity of Times News readers, and no gift is too small. Tax-deductible donations can be made to the Times News Rescue Fund, 701 Lynn Garden Drive, Kingsport, TN, 37660. Donations can also be made online at https://rescuefund.timesnews.net/.

Missildine family talks about getting help settling in Kingsport