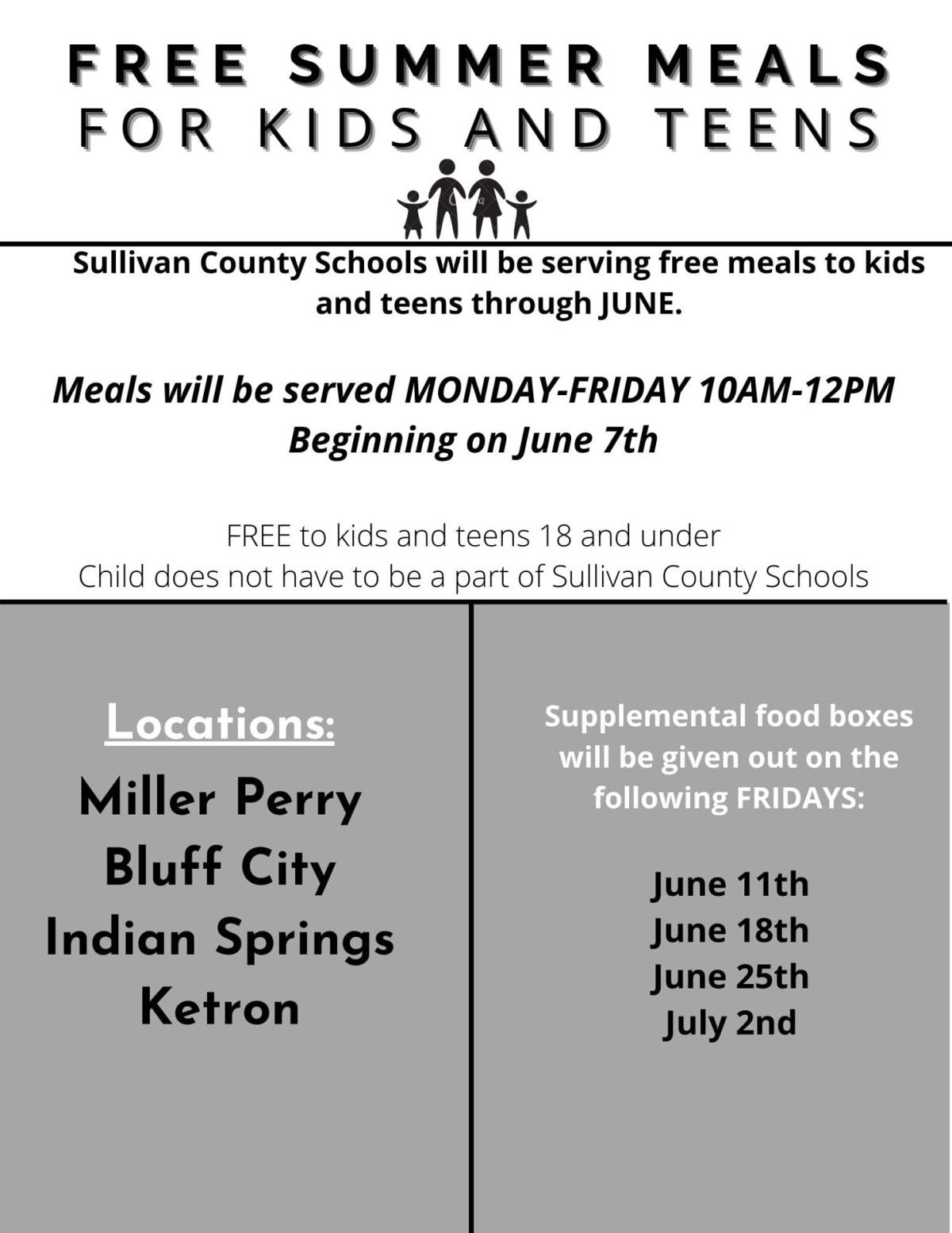 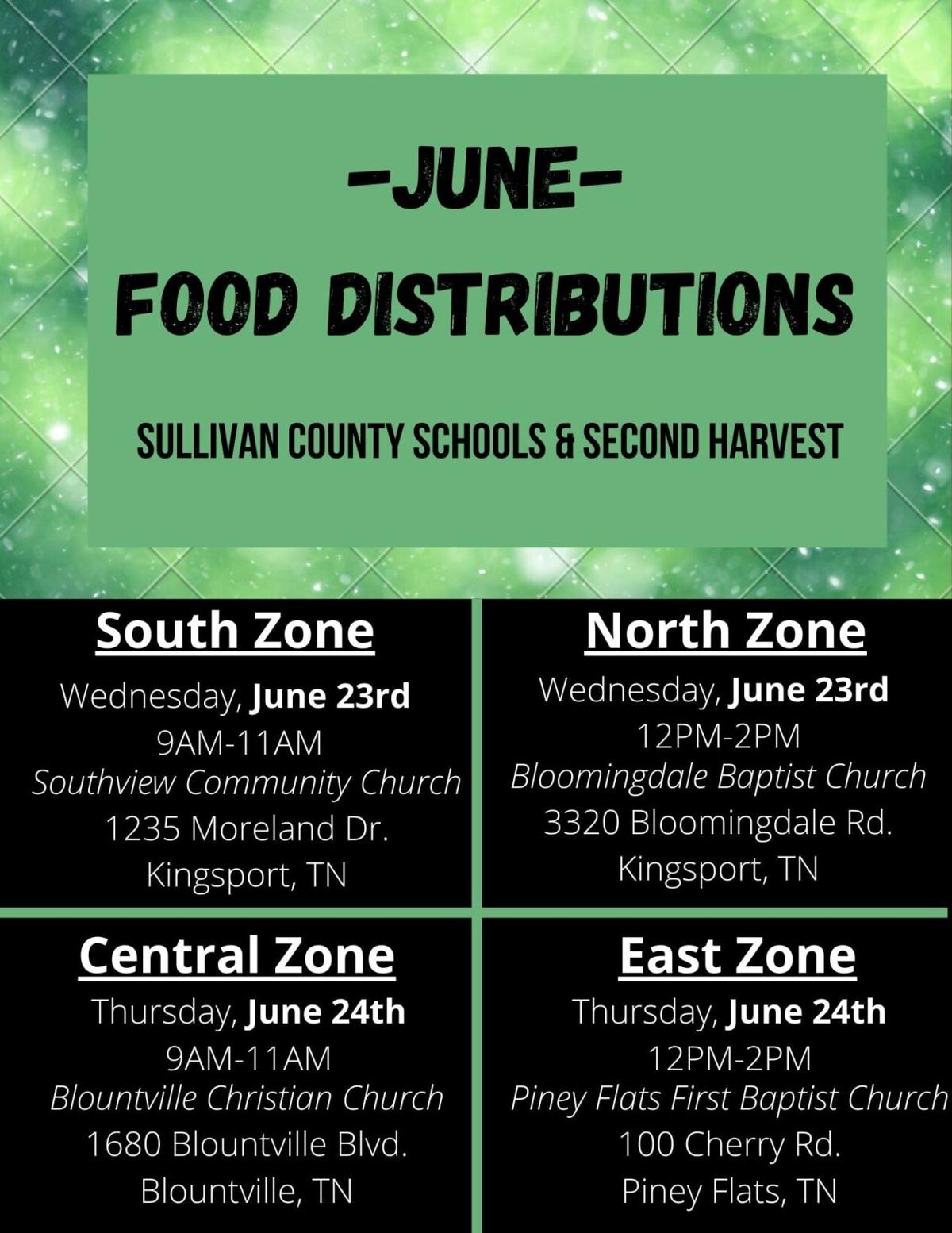 The Sullivan County Summer Feeding Program runs from 10 a.m. to noon on Monday through Friday for those 18 and younger, with no residency or enrollment requirements.

The feeding program locations where meals for those 18 and younger may be picked up are Miller Perry, Bluff City, Indian Springs and Ketron elementary schools, school nutrition supervisor Amber Anderson said.

Additionally, supplemental food boxes will be distributed at those four locations on the following Fridays: June 11, June 18, June 25 and July 2.

A separate food distribution program by Sullivan County Schools and the Second Harvest Food Bank of Northeast Tennessee will be held at four other locations across the county later this month.

Students are not required to be with parents or guardians picking up the food boxes in the June 23-24 distributions.