Alumni from Scott County’s Prospect Elementary School gather for a reunion in this photo from 2018. Built in 1916, the African-American school on Manville Road closed due to integration in 1964-65. 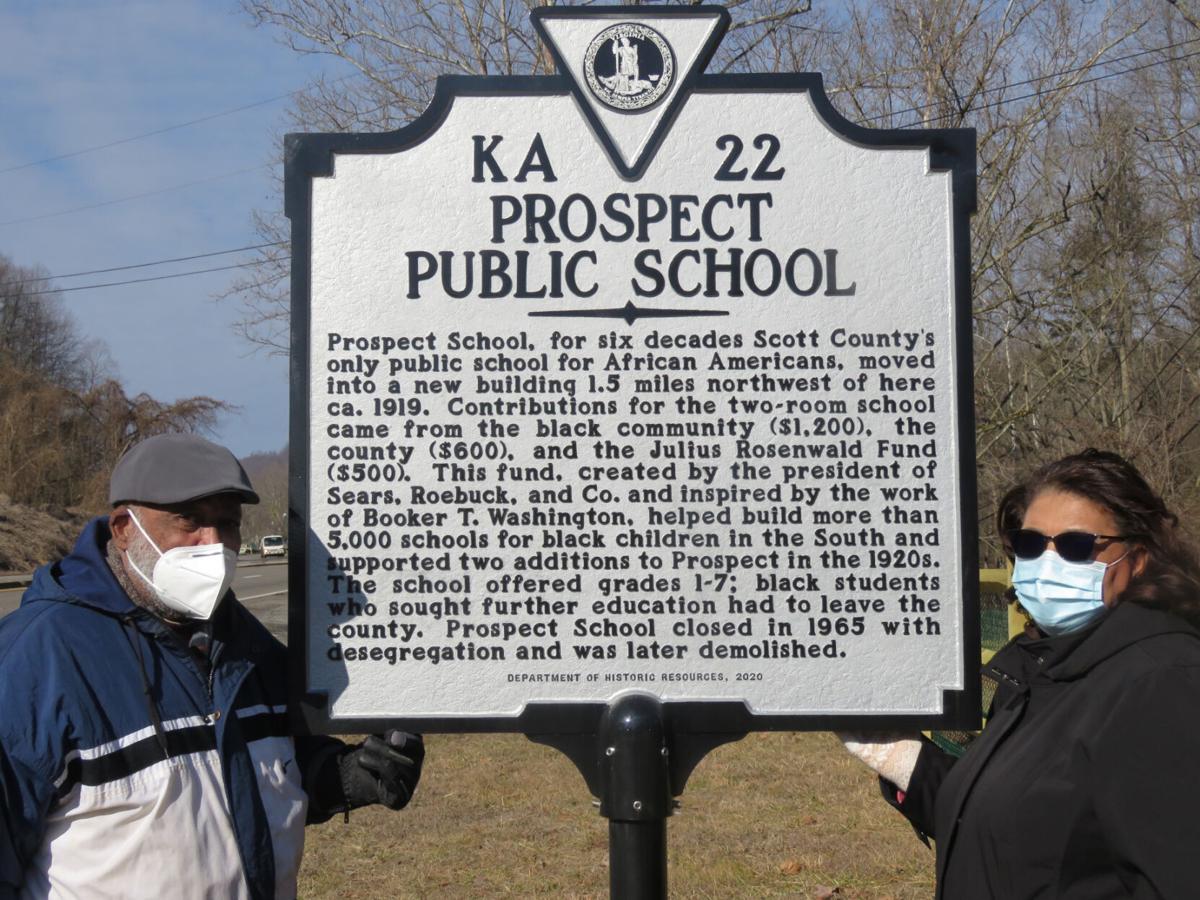 James Wood and Penny Walker look over the new Prospect School historical marker along Highway 23 in Gate City. The school, shown below, was on a hill overlooking the former African-American communities of Sticktown and Trot in the western end of Gate City. 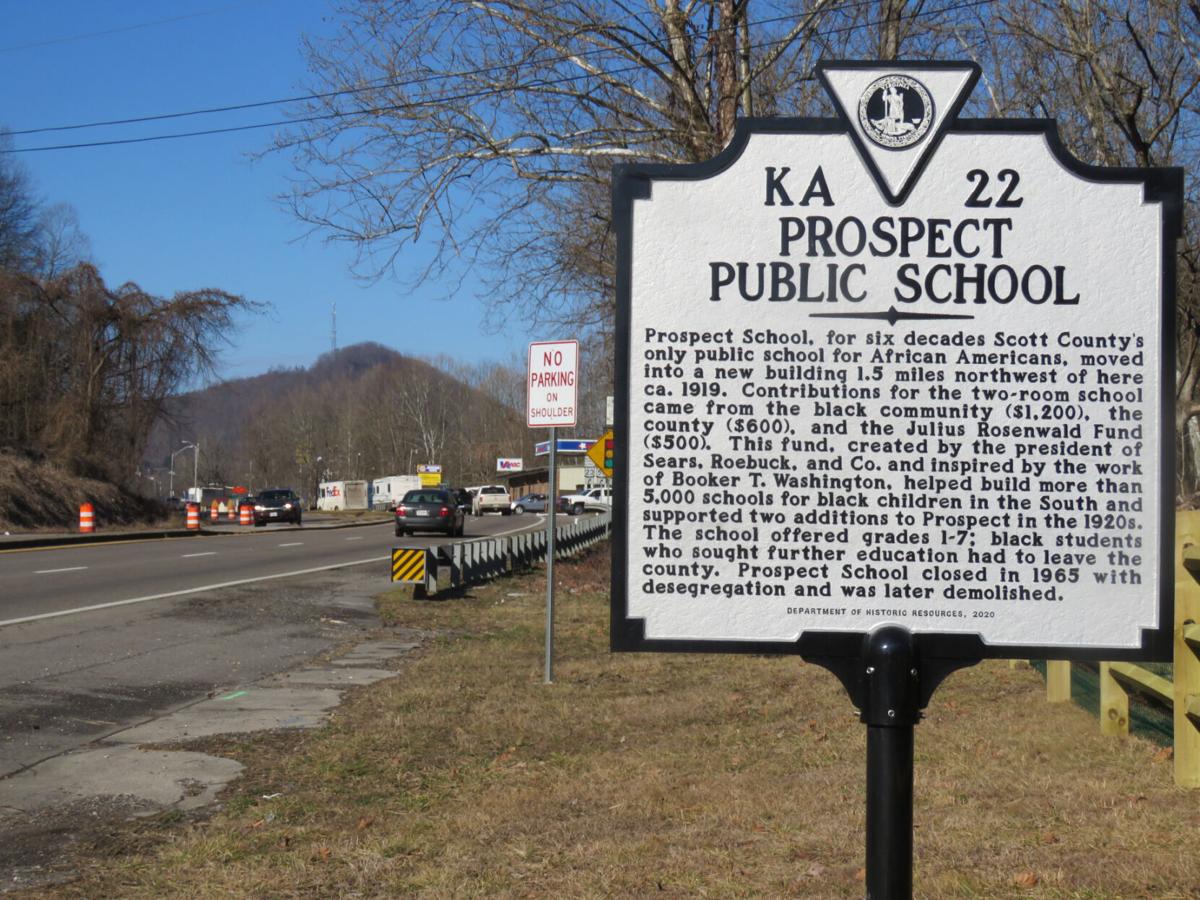 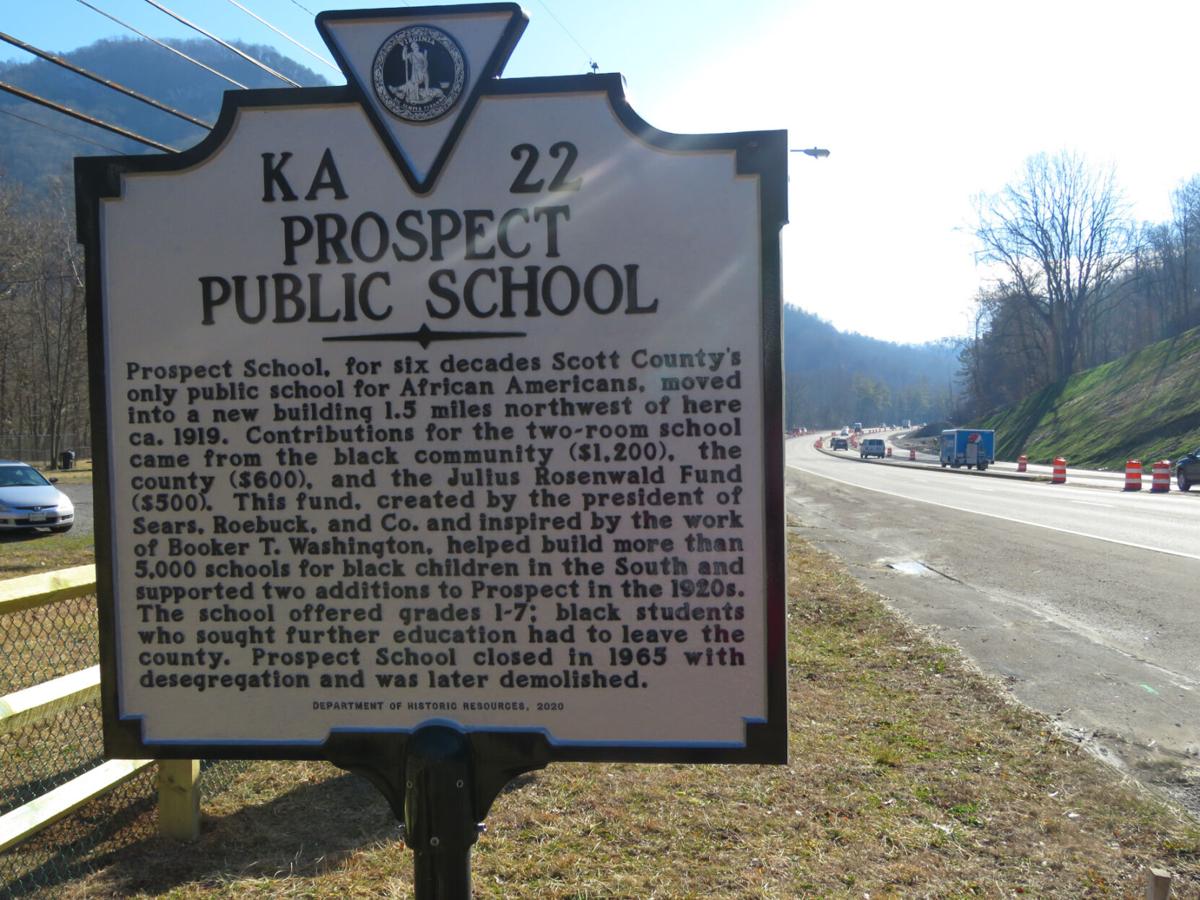 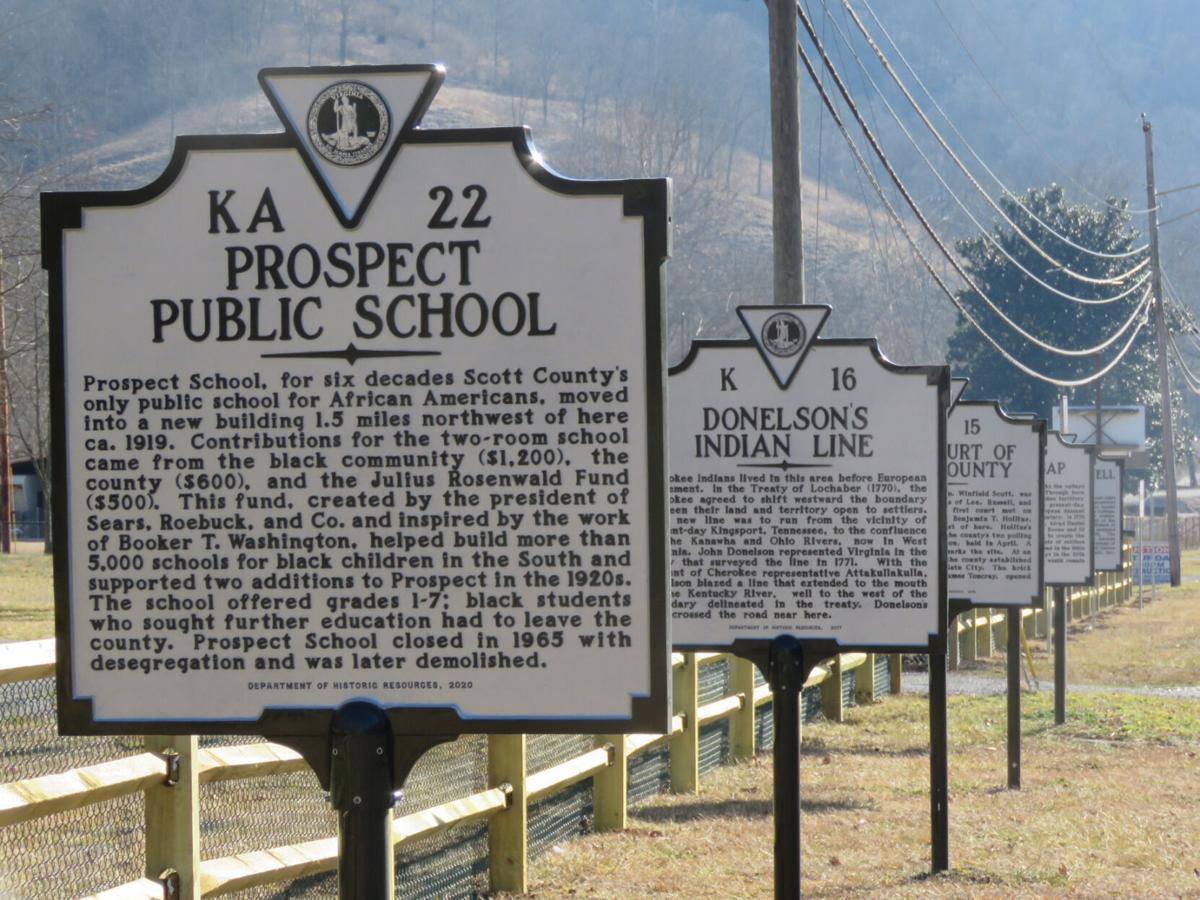 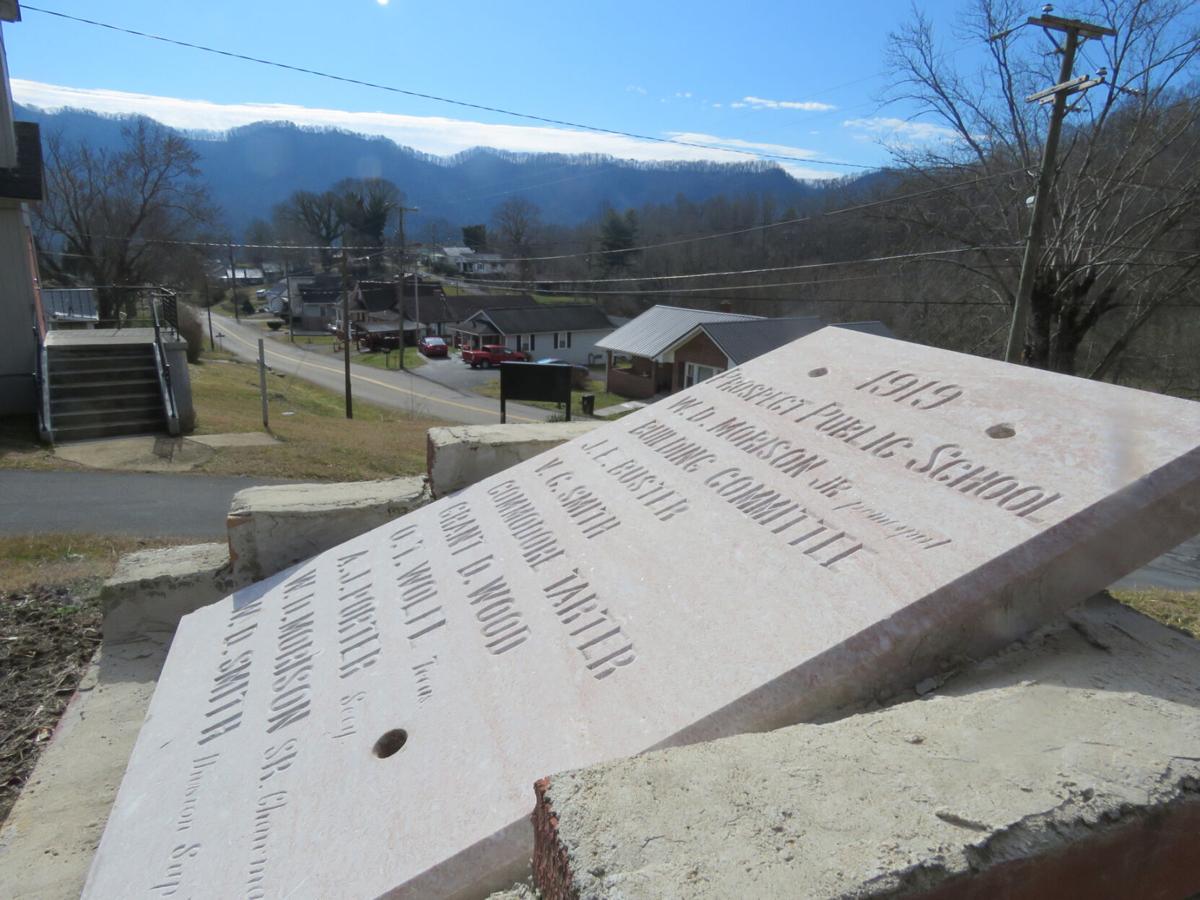 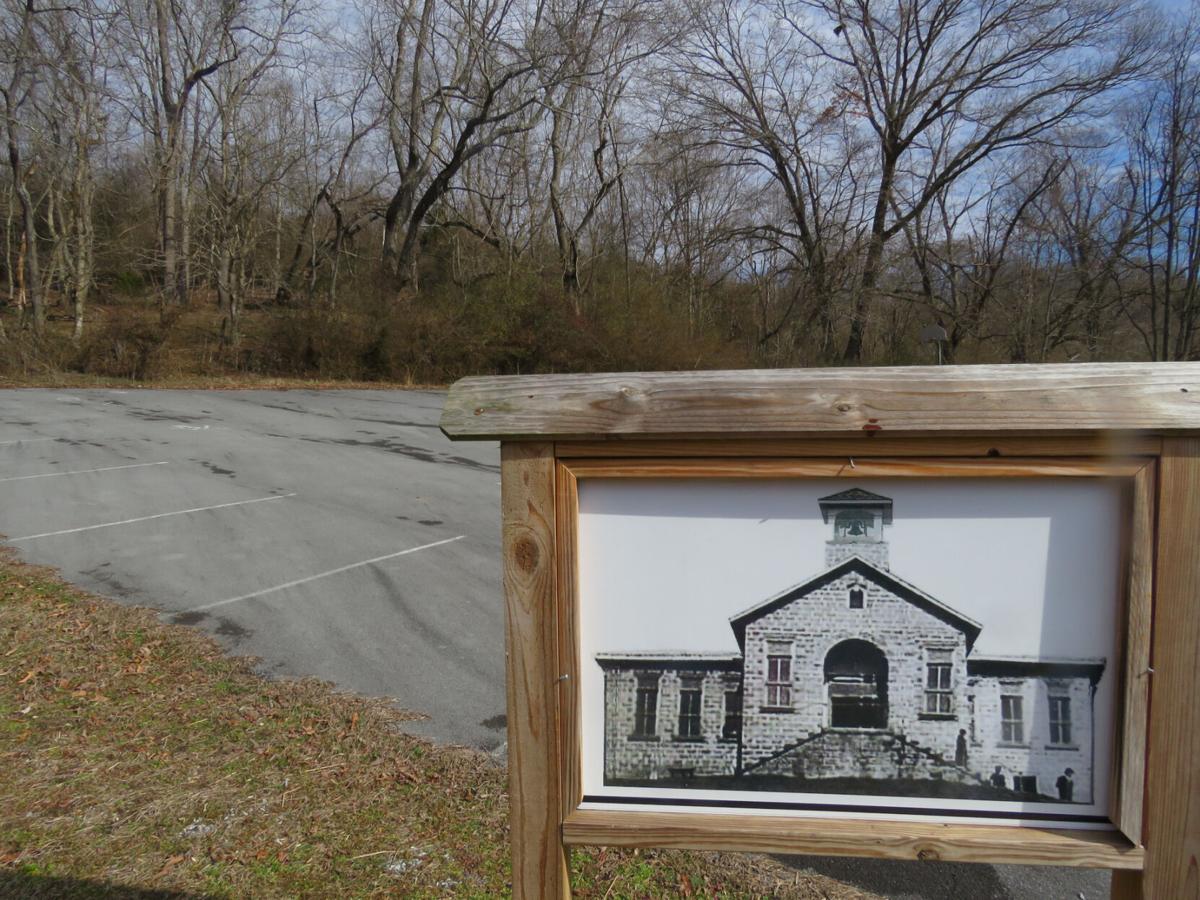 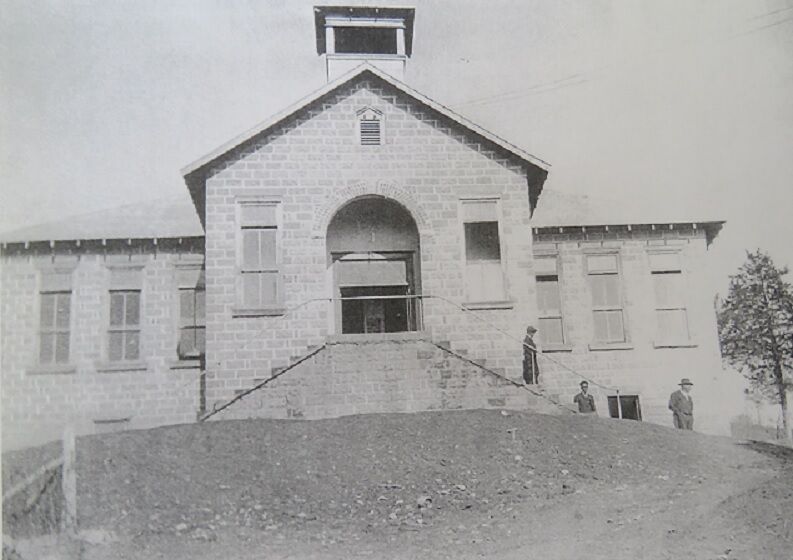 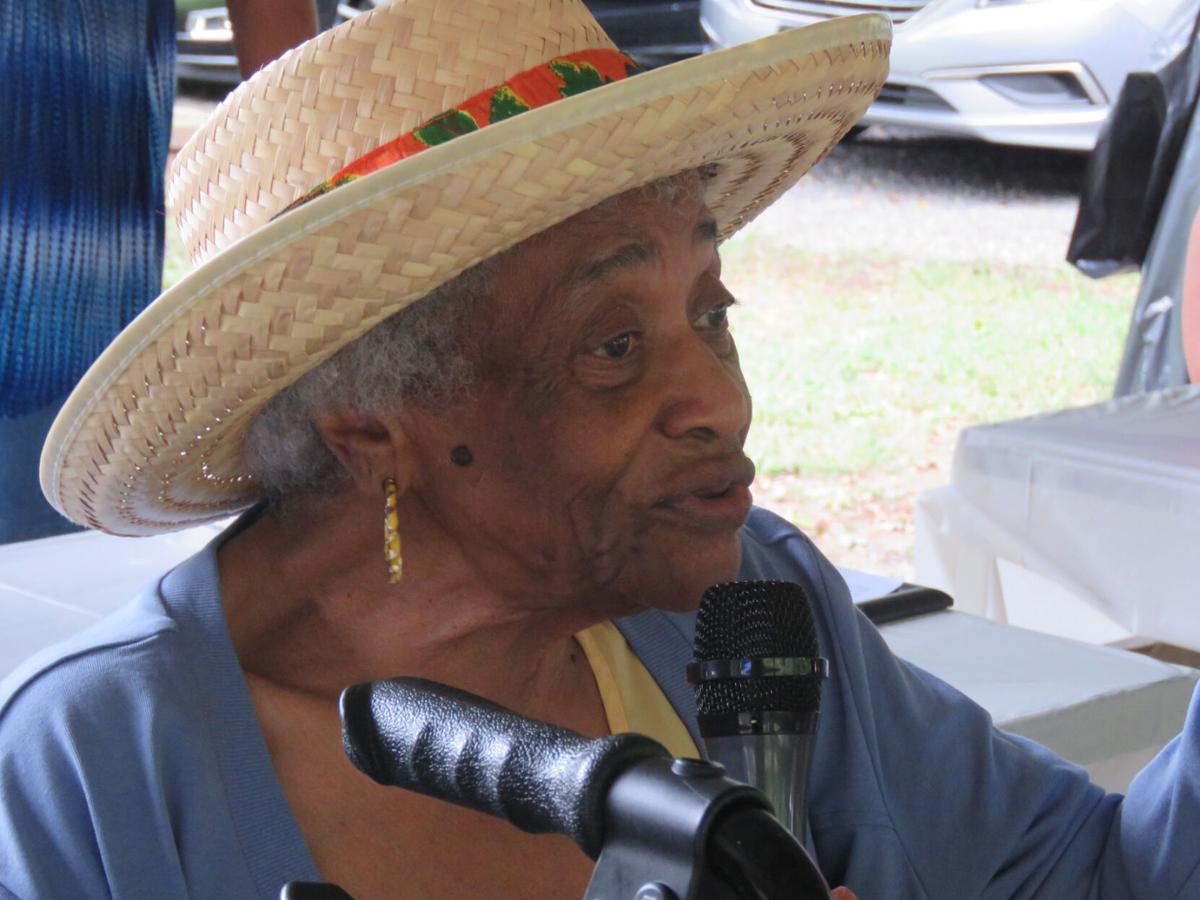 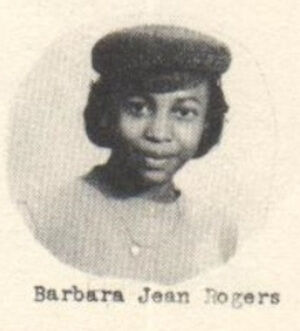 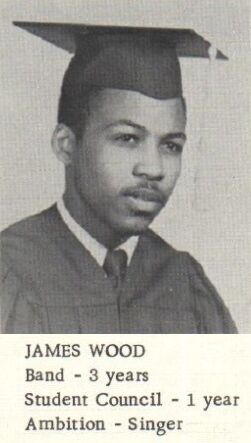 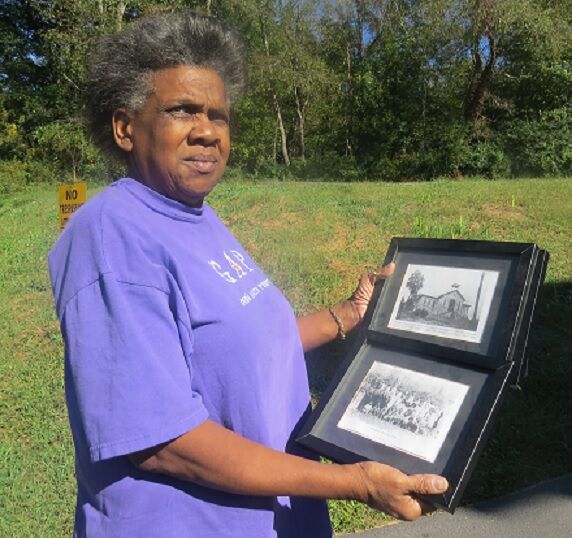 Rochelle Maxwell holds photos of Prospect Elementary School on the site where the building once stood in Scott County. 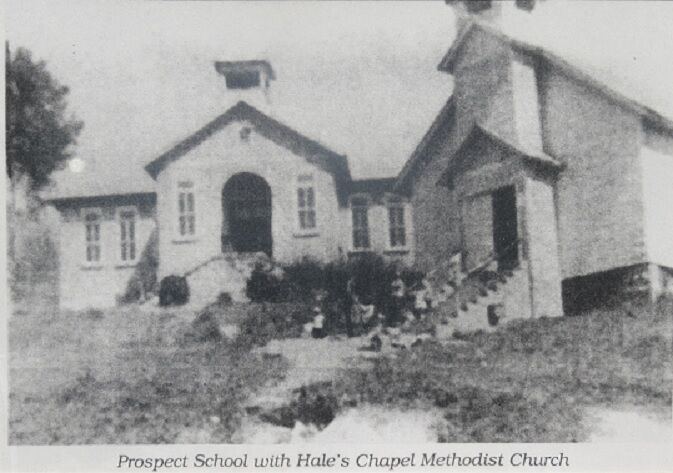 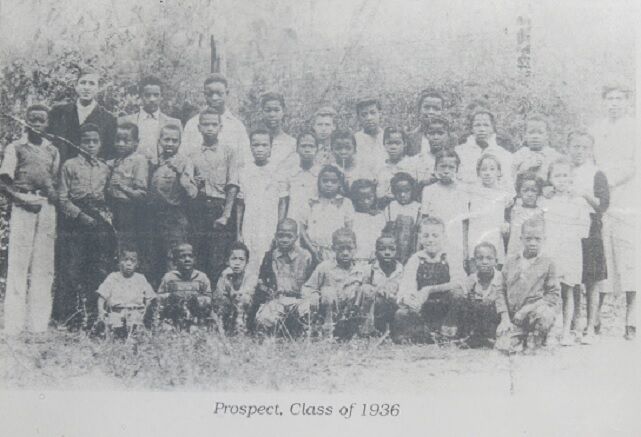 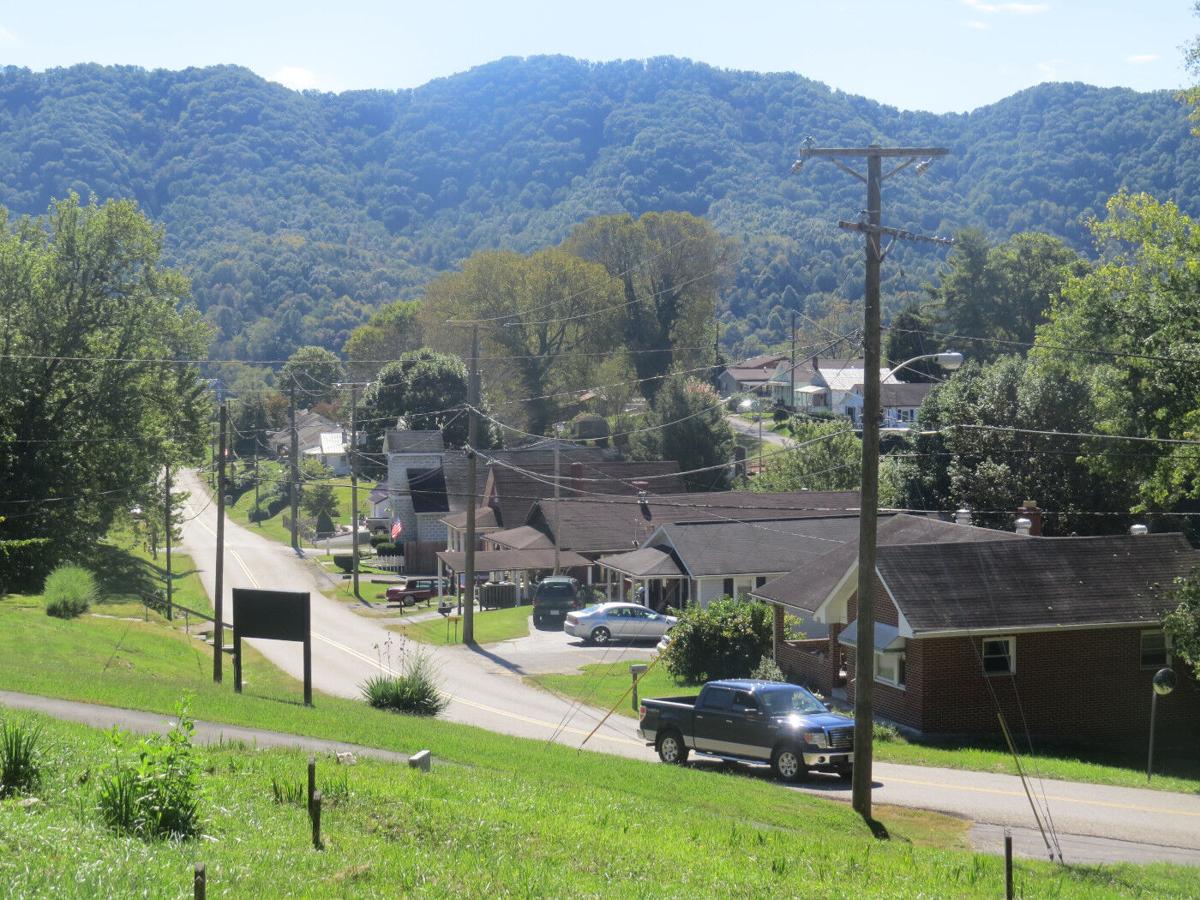 Alumni from Scott County’s Prospect Elementary School gather for a reunion in this photo from 2018. Built in 1916, the African-American school on Manville Road closed due to integration in 1964-65.

James Wood and Penny Walker look over the new Prospect School historical marker along Highway 23 in Gate City. The school, shown below, was on a hill overlooking the former African-American communities of Sticktown and Trot in the western end of Gate City.

Rochelle Maxwell holds photos of Prospect Elementary School on the site where the building once stood in Scott County.

GATE CITY — “It’s something to be proud of. ... Not every school gets a historical marker right by the main road for all to see.”

Barbara Jean Rogers Johnson has lived most of her 89 years in Gate City. Although she eventually graduated from Douglass High School in Kingsport, she’ll readily tell you that the best of her learning years was spent at Prospect Elemen-tary School, which has just received a new historical marker placed along one of Scott County’s main highways. The marker commemorates the former African-American school’s more than 100-year-old history.

“We had a school back in the day where you were loved by teachers just like your mama and daddy at home,” Johnson said. “Gate City was our home, and Prospect was our lives. The marker is a good reminder of that, not just for us older ones, but the younger generations, too.”

High on a hill overlooking the former African-American communities of Sticktown and Trot in the western end of Gate City stood Prospect Elementary, built in 1916 for Black children in a segregated society. Mary Wolfe Colley was its longtime principal from 1936 to 1964. Prospect teachers taught from first grade through the seventh and eighth grades; after that, a few students were bused away to high schools in Bristol and Christiansburg, Virginia, but most of them graduated from the much closer Douglass High School in Kingsport just across the state line. Prospect closed due to integration in 1964-65, its students sent to Shoemaker Elementary Junior High and Gate City High. The Prospect school building was eventually torn down. A cornerstone and historical plaque now celebrate the location, beside the current Hales Chapel United Methodist Church on Manville Road.

In the “family” of historical markers on Highway 23 North at the Gate City city limits that commemorate some of Scott County’s most memorable events and places now stands a plaque that features Prospect School. It was commissioned by the Prospect Alumni Association and placed just a few days ago, just in time for Black History Month.

“Our Prospect light is shining in the community once again,” said Penny Walker, whose many family members attended the school on the hill. “Like most Black schools long gone in the region, everybody can now know there was also a schoolhouse for Black children to go in Gate City and Scott County and get a good education.”

Prospect was one of four school buildings in the area built with money from the local Black community, the city-county school board and the Julius Rosenwald Fund, which provided money to help build thousands of Black schools in the South in the early 20th century. That notation is prominent on Prospect’s marker. The other Rosenwald locally co-funded schools were the New Canton School at Church Hill, the first Douglass School building in Kingsport on what is now East Sevier Avenue, and the Langston School gymnasium in Johnson City. Of these historic buildings, only the gym in Johnson City stands today.

“Just like the other communities, we were a close-knit neighborhood in Gate City and the Prospect School was the anchor that held the neighborhood together back then,” remembered Richard Maxwell, who graduated from the school in 1946. “Among the schoolwork, our teachers taught us about life and being proud of our heritage. That new monument is a testimonial to that.”

His wife echoed that sentiment.

“My mother always said, ‘To know your history is to know where you’re going,’ “ said Rochelle Maxwell, Prospect Class of 1962. “Prospect is not just Black history. It’s everybody’s history. I hope and pray that people will see the historical marker, ask questions and learn about the little school that had so much tradition. It’s their history, too.

“As long as there was a good education to be had, graduates of the Prospect Elementary School got it,” she said. “A good education is truly a blessing, just like the school was.”

James Wood graduated from Prospect in 1954 and Douglass High School in 1958, eventually coming back to substitute teach at Prospect. He said going to Kingsport wasn’t a difficult environment because not only was Douglass practically next door, but everybody at Prospect knew everybody in Kingsport’s African-American community anyway.

“We would see folks from Riverview at church sometimes in Gate City, at family gatherings, at Douglass basketball and football games, plus we’d see each other in the Riverview neighborhood from time to time,” he says. “Prospect was the central part of a large family that also included all the churches in the region. Going to Douglass was a continuation of going to Prospect, but Prospect had its own identity, too. That’s why it’s exhilarating to see the school’s monument on one of Scott County’s busiest roads. Some diligent work by several Prospect alumni has brought the long-gone school of our birth into the 21st century.”

The family of historical monuments that Prospect is now part of on Highway 23 is piquing the interest of a lot of passing motorists. The monuments stand in a stately line so that each can grab your attention as you travel by. Visitors can park at the site while they learn about Scott County history.

“It’s interesting that some people will drive by slowly,” noted Penny Walker watching the passing cars. “They could be reading the markers to see if they recognize one of the sites, or they’re driving slowly and carefully in a solemn reverence to the historical sites mentioned. I think it’s both. I think the monuments are there in cadence with each other, and the parking area that Gate City has provided gives people pause to their history.

Prospect School alumni hope the historical marker is only the beginning for their organization. So many people, both in the alumni association and in the Gate City and Scott County civic community, contributed financially to get the monument manufactured and placed. The alumni group is planning a dedication ceremony when it warms up in the springtime to thank everybody. Another school reunion is planned for this summer. The alumni association also welcomes donations to its efforts as well. If you’d like to contribute, contact Rochelle Maxwell at (276) 386-9625.

Those donations paid off in getting the long sought-after historical marker.

“Joy. That’s the only word to describe that plaque,” said Walker. “That’s exactly what’s going through my heart every time I see it. So many people worked hard for this. It’s just the beginning of recognition for our little school. It’s just joy.”

The little school on the hill for African-American children in Gate City will never be forgotten. One of its oldest surviving students can attest to that. She says the historical marker can be a catalyst that sparks conversation.

“People can say, ‘I never went to Prospect, but I heard it was a top-notch school,’ “ said Johnson proudly. “A good education like we received is always worth sharing.”