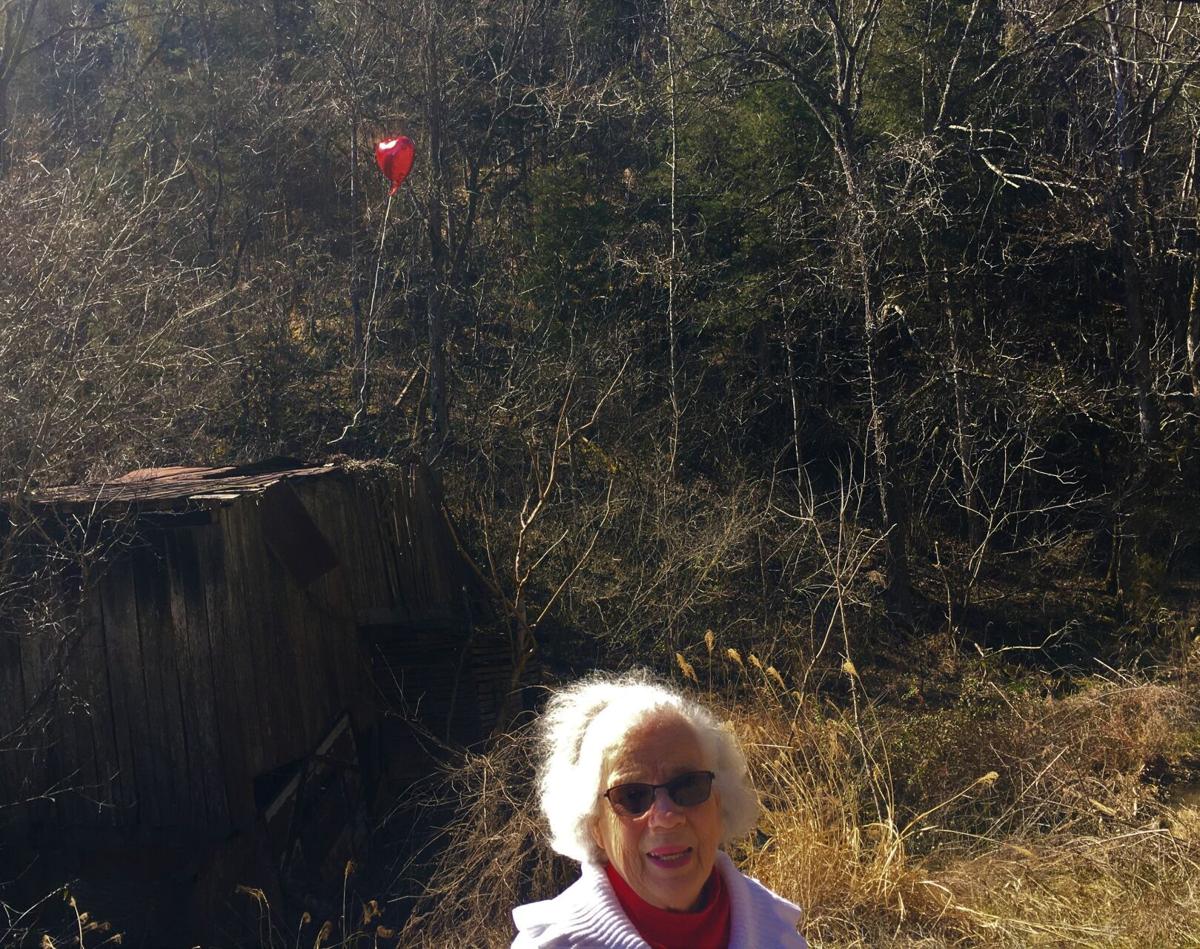 A sudden wind whisks a heart (balloon) toward the heart of the homeplace as an unsuspecting Wanda (Wallen) Osborne smiles for the camera. 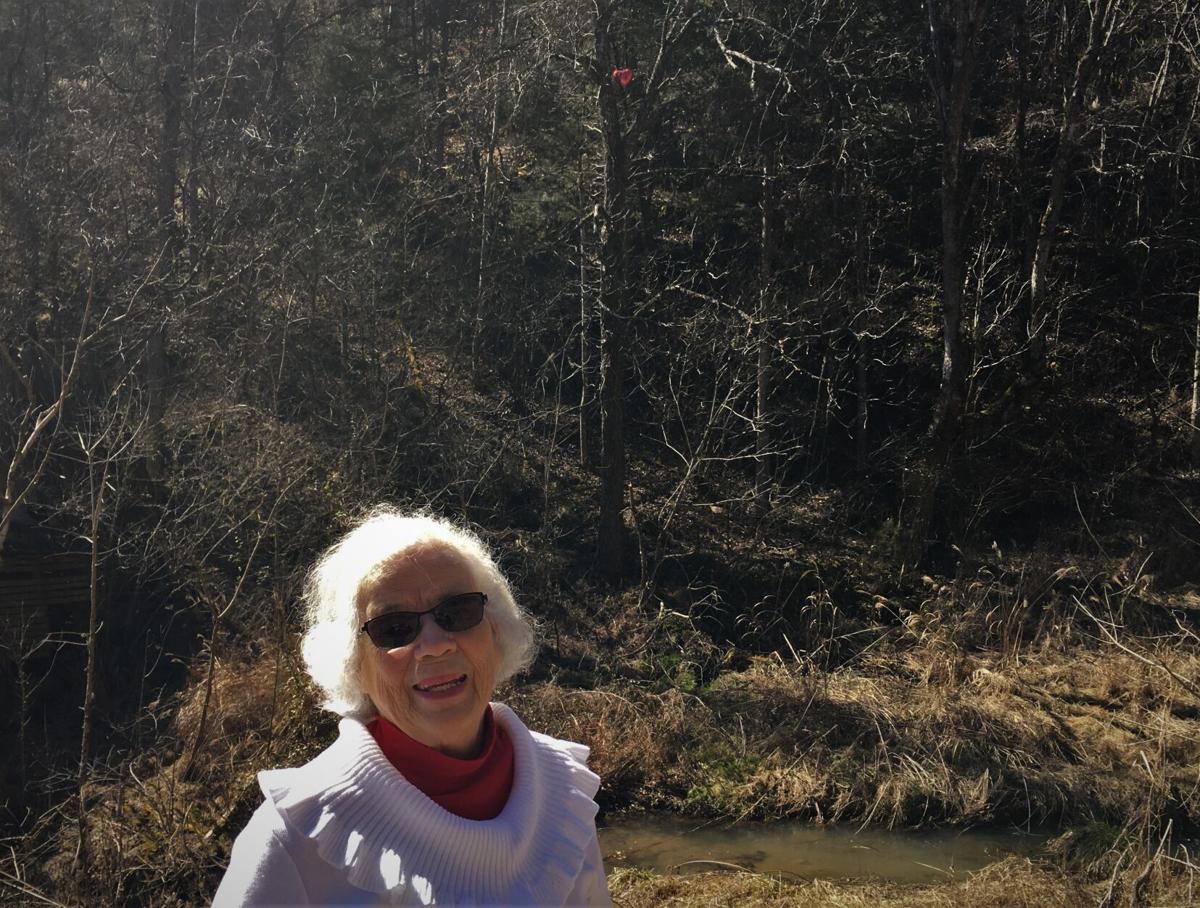 Wanda (Wallen) Osborne and the balloon that found its own place "down home." 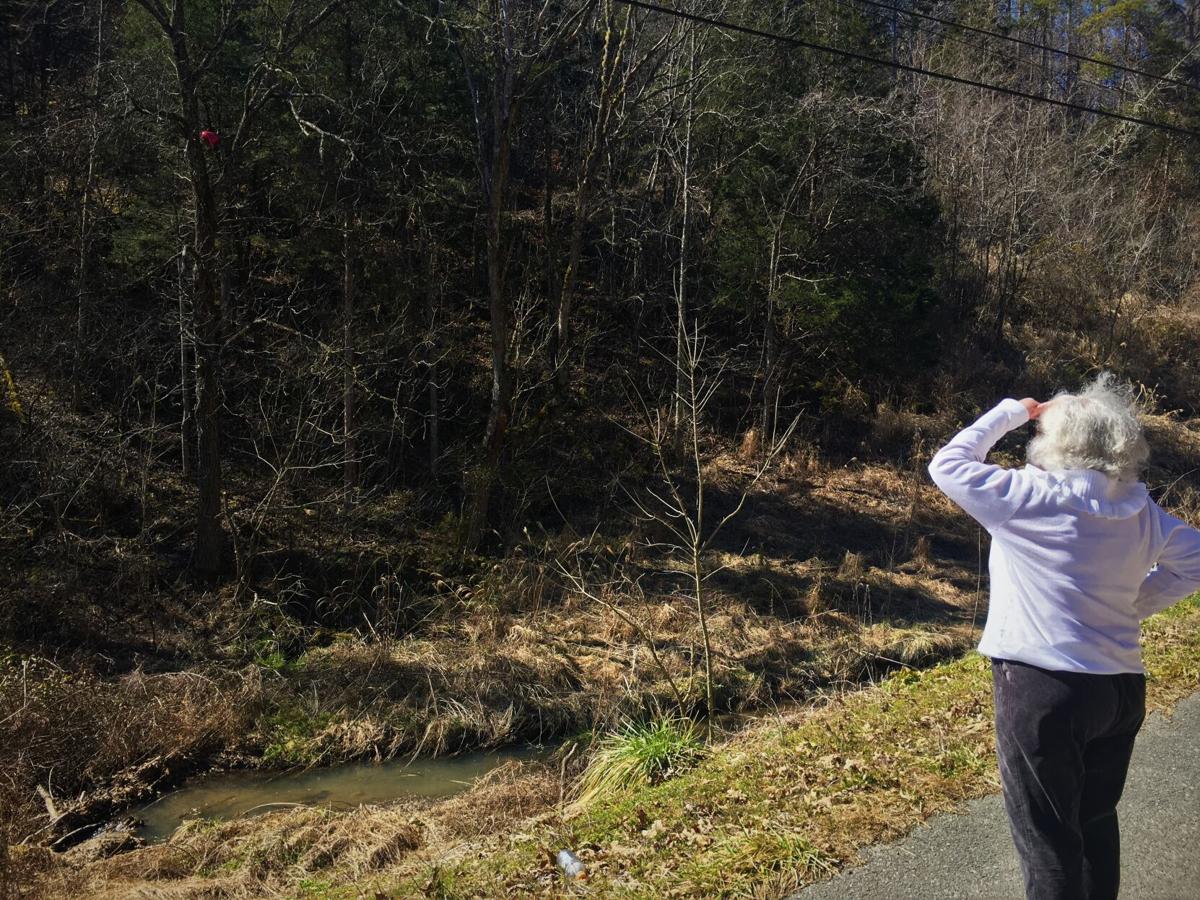 Wanda (Wallen) Osborne says goodbye to the heart-shaped balloon that had a mind of it own (with some help from a sudden breeze). Flower Gap, Lee County, Va. February 2021.

A sudden wind whisks a heart (balloon) toward the heart of the homeplace as an unsuspecting Wanda (Wallen) Osborne smiles for the camera.

Wanda (Wallen) Osborne and the balloon that found its own place "down home."

Wanda (Wallen) Osborne says goodbye to the heart-shaped balloon that had a mind of it own (with some help from a sudden breeze). Flower Gap, Lee County, Va. February 2021.

FLOWER GAP, Va. — Mom has a big heart. And she’s all about sharing it. That’s good. It’s been a mainstay for many people over the years. And she’s nowhere near letting up on spreading her love for others.

I’ve been working a lot of extra hours since the first week in January. It’s cut back on what I’d tried to keep as weekly road trips for Mom, a way to keep her out and about without, well, being out and about in crowds.

Last month on what turned out to be an unseasonably warm and sunny day, however, I was able to fulfill a couple of her requests that were time sensitive.

She wanted to go “down home,” to “the country.” If you’ve kept up with my columns much at all, you know that means her homeplace and childhood environs in the Flower Gap area of Lee County. It’s ’twixt Kyles Ford (Tenn.) and Blackwater.

Her particular interests on this trip were visiting the graves of her parents on their wedding anniversary and having a potential last look at the farmstead of my Uncle Jack and Aunt Leona, which was on the market and likely about to leave the family.

But the first stop, always, is the homeplace. There’s not much left, really, other than wonderful memories. But I could spend a day just staring from the “yard” across “the bottom,” past “the branch” to the now overgrown hillside where cows grazed when I was a boy.

When we headed north out of Kingsport and entered Virginia on Route 23, Mom, in a low voice, said she’d like to have a balloon ... well, two, really, to tie to her parents’ headstone. Heart-shaped, in honor of it being the anniversary of their marriage more than a century ago.

I was in luck: I found plenty of shiny red Mylar heart-shaped balloons already filled with helium at the Dollar Tree in Weber City.

I was back in the car lickety-split. The very full car. I haven’t cleaned it out in weeks. Mom and I joked about whether we remember how to manage helium-filled balloons in a moving car, our family having owned a balloon- delivery service what seems like a hundred years ago. No, we didn’t have clips to weight them down by their ribbons. And the backseat was too covered to be able to tie them down. We just let them float around in the back of my little Rogue Sport as we headed on, through Gate City, past Speers Ferry, and, after turning, through Fairview.

Eventually we made it to our farm, the place where my grandparents lived their lives and raised nine children (a 10th died in infancy).

The driveway is overgrown past use (does anyone know anyone who conducts controlled burns?), so I headed for the pull-off that leads to the branch and the overgrown barnyard beyond. It’s also where the farm’s main spring, once robust and covered by a log, cedar-shake-roofed springhouse, is now but a trickle.

Mom always has had special reverence and sentimentality toward the spring and now-gone springhouse. Popie Null, her father, maintained the spring with the intensity and respect one must have for such a necessity to running a successful farm while raising a self- sustaining family in the days of the Great Depression. It provided clear, clean, safe drinking water. And the pool of water he kept dredged inside the springhouse kept foodstuff, especially dairy items, cool to prevent spoilage.

Mom’s sentimental connection to the springhouse was more personal. That cedar shake roof was put on the day she was born. I’ve know this since I was a young boy, still wearing short pants with suit jackets when we gathered for special occasions “down home.” Looking back, I think Mom’s (and Dad’s) desire to not replace the springhouse roof — their way of respecting the past — ironically hastened the structure’s becoming just that: the past.

So, after coming as close as she comes to losing her temper with me because I drove the car too far off the road for her liking, Mom bounded out of the passenger side as I was, as sternly as I am with her, telling her not to get out of the car until I got around to that side to help.

Neither of us quite succeeded. She began to walk from the car and I began directing her where to stand so I could get a picture of her with the site of the springhouse in the background.

As I snapped the first shot, I was dismayed to see one of the shiny red hearts float by — I swear, mischievously — behind and above her, headed slightly skyward, but mostly directly toward the tall trees just behind the spring.

Mom realized from the surprised look on my face that she needed to see what was behind her (I know she thought “bear!”) and at first she was crushed one of the balloons had escaped the Rogue’s open passenger door and, yes, she actually blurted out, “Go catch it!”

But its swift journey was at its end, its ribbon caught on a limb of a tree, by the time she got those three words out. And it was perfectly situated right above the site of the springhouse.

“We couldn’t have done that if we’d tried,” I told her. “I think it’s meant to be. God just winked at us.” We stood together and admired the glint of a red heart reflecting the sunlight just above where the heart of her homeplace once stood, pumping life-sustaining water to quench the thirst of generations, pampered and maintained by my grandfather.

Satisfied, we made our way to our next stop.